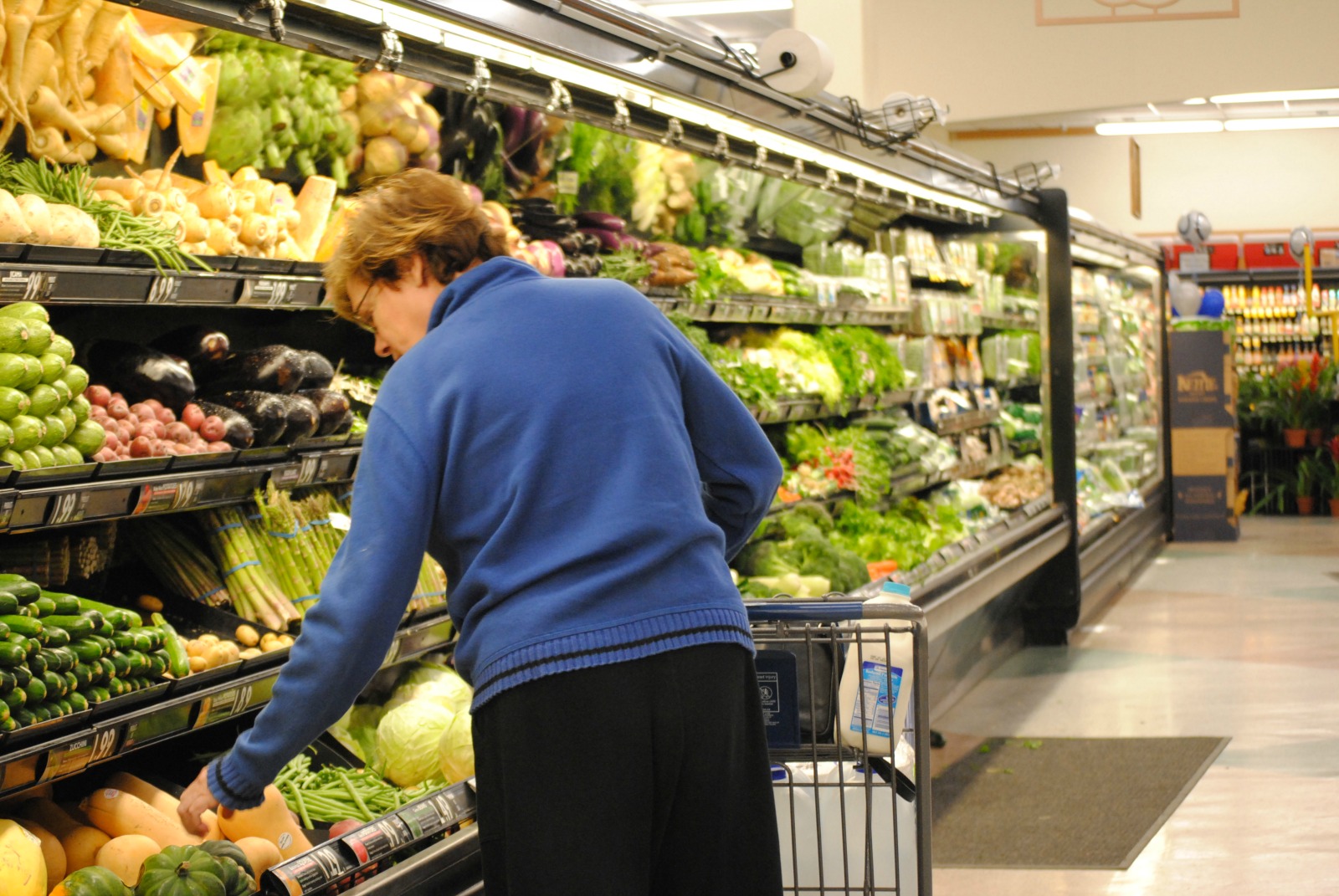 It’s hard to argue that our food industry as a whole is a total mess. While we’ve made huge strides over the last decade, demanding more organic labeling and prioritizing understanding where our food comes from, the truth is, we still have a long way to go. Genetically modified foods and processed foods still account for the majority of our food supply. Big Food is buying out more organic and natural food companies, which is not a good sign for the future of items we rely on daily. It’s also harder to decipher now which companies are truly honest in their claims about ethically produced food.

Michael Pollan, expert and author of food and agriculture, and author of Defense for Food, Food Rules, Cooked, and other must-reads, has shared with us for years the destruction our food supply is under. He’s also shown us what we can to do improve it. One of his most famous quotes, “Don’t eat anything your grandmother wouldn’t recognize as food,” has struck a chord with people all over the world. Pollan has helped all of us realize that many of the foods today aren’t even food at all by definition. They’re products made in a lab that are owned by companies with interest in profit, not health.

So, what are we to do about a food industry we have little control over, or so it seems?

The truth is, we do have more of an impact than we could ever know. If we didn’t, food companies wouldn’t be spending millions of dollars against or in favor of GMO labeling, and we wouldn’t have near as much access to organic farms, products, and many fair-trade items sold in our local grocery stores. Farmers’ markets wouldn’t be the hip place to be on Saturday and we wouldn’t see calories listed on a fast food menu.

We do have a say and we do have an influence, as small as it may seem and as hard as it may have been to get here. And yes, we do have a long way to go. But there are five measurable steps (and likely more) we can take today to inspire growth, change, and a new food industry for the future.

Start implementing these five tips into your weekly routine. Even if you don’t see a change in the next year or the next year after that, you can bet that if everyone made these five choices every week, that we would have a whole new food supply system on our hands a decade later from now.

It seems simple and generic but it’s this simple: choose chemically sprayed food or non-chemically sprayed food. Ignore the myth that organic is pricey. It’s doable, even if you’re on a budget. And if your budget is incredibly strict, we now have a helpful list known as the Dirty Dozen that shows consumers exactly what foods to prioritize buying organic. Many people may often imply that organic foods really don’t make that much of a difference, but the truth is, they do. The more people buy organic foods that contain no chemicals like pesticides and fertilizers, along with hormones and genetically modified ingredients, the more the demand for real food will occur. And, the more likelihood the prices will go down as they become as mainstream as chemically-preserved junk food snacks and dollar menu hamburgers are today that we’ll hopefully see leave our food system at the same time.

If you’re not familiar with fair-trade, think of it as your quick ticket to organic on a budget. Fair-trade not only ensures the product was made without chemicals, pesticides, hormones, etc., but also ensures that it was produced in an ethical manner. This extends to the workers that produced it, down to the environment that was affected by its production. The benefit of buying fair-trade is that these items are often low in price, and contribute to a greater cause at the same time. Fair-trade purchases, such as coffee, take us one step closer to producing ethical food. Considering that cocoa is one of the worst industries for childhood slavery, along with other every day commodities like coffee and even many produce items, fair-trade purchases are just as important for us to consider as buying organic items are. Because, if we don’t want our families to be treated poorly for our benefit, why would we support companies that put other families at risk to do the same?

Non-GMO food products are the hot topic at the moment and with good reason. Non-GMO and organic is the best option, but if you can’t afford organic, non-GMO is a great option. Many items that are non-GMO are not yet certified organic (though all organic foods are naturally free of genetically modified ingredients.) Why non-GMO? Buying foods that are not genetically modified is not only safer for us, but also for our food supply system, the animals, and people all over the world. If organically grown soy and grains were produced to feed other people instead of used to fatten up animals and to act as cheap fillers for food products, we would be able to feed others, save our animals, and improve our health at the same time. While supermarket giants and many other stores convert to selling non-GMO foods, or at least becoming more honest about the foods carried there, the closer we get towards a GMO-free world. But we have to act. We can’t rely on others. We have to purchase non-GMO foods and do the best we can to work them into our budgets. Why? Because genetically modified foods have been linked to health issues including: cancer, gastrointestinal problems, death, and a host of other health issues I’m sure none of us want to say we spend our paychecks on.

Another quote by Pollan I’m sure you recognize is, “Eat Food. Not too much. Mostly Plants.” Pollan’s point sets the tone that we don’t need to make things too difficult, though the food industry has created a marketing tactic that makes food seem like one big huge complicated puzzle. We’re told to do such and such to lose weight or eat X amount of meals a day to be healthy. Really, it all boils down to making smart decisions, which means we need to eat real food, just enough to keep up full, and we need to base our diets mostly (or better yet completely) off plants. Plants that are grown like we’d grow them ourselves. A plant-based diet has been shown to do nearly everything except save the world, and one day, it might just do that if we demand it to.

Think of your local farmer as your BFF – he grows the food you’d want to eat, not food that would leave you scared and running if you knew how it was produced. By purchasing foods from your local farmer, you’re voicing your opinion with your dollars. You’re supporting local agriculture that produces food in a sustainable manner. Of course, you want to be sure you’re purchasing from farmers that don’t use genetically modified seeds, fertilizers, pesticides, and other chemicals. Check with your farmers and even consider food delivery programs if it makes things easier for you (which will also save you money.) These items are directly delivered to your door each week, support local farmers, and give you the peace of mind that you’re eating food that’s good for your body and the earth and people around you. Our farmers need us, so let’s show them some love and support the work they’re doing!

We all make a choice everytime we pick up our fork. We’re not just choosing what our bodies look like, how much we weigh, or even what our blood pressure is; we’re also choosing the future of our food industry. Demand change and be a part of the reason it happens.