Better With Beets: How the Crimson Vegetable Is Taking the Food World By Storm 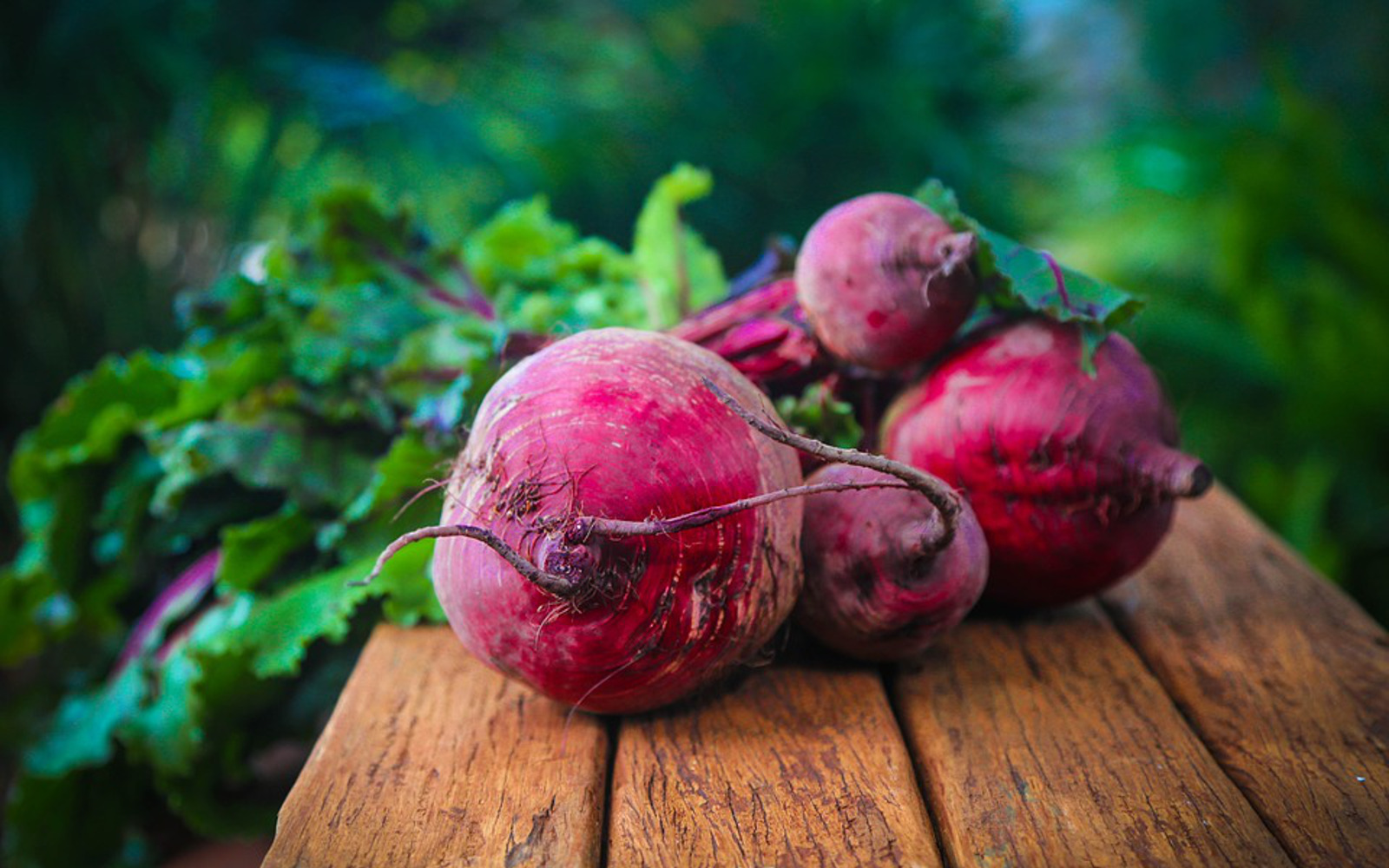 While the food space has been abuzz with talk of newly-appreciated superfoods like peas and hemp seeds, one vegetable has finally made its way out of the circles of fitness and health enthusiasts and into the limelight of the mainstream: beets!

The deeply-hued vegetable has had quite the journey leading up to now. Back when it was first cultivated along the coastlines of North Africa, Asia, and Europe, people actually only consumed the leaves of the plant. When the vegetable was finally used in its entirety, during the Ancient Roman era, it was the sweetness of beets that gained popularity, not anything having to do with its impressive list of health benefits. And so, the crimson vegetables were primarily used as a source of sugar.

Oh, what a long way we’ve come. While beets are still used by many for dessert, now, you can find beets in dishes, products, and drinks in virtually every medium. Here are a few examples of where beets are showing up: 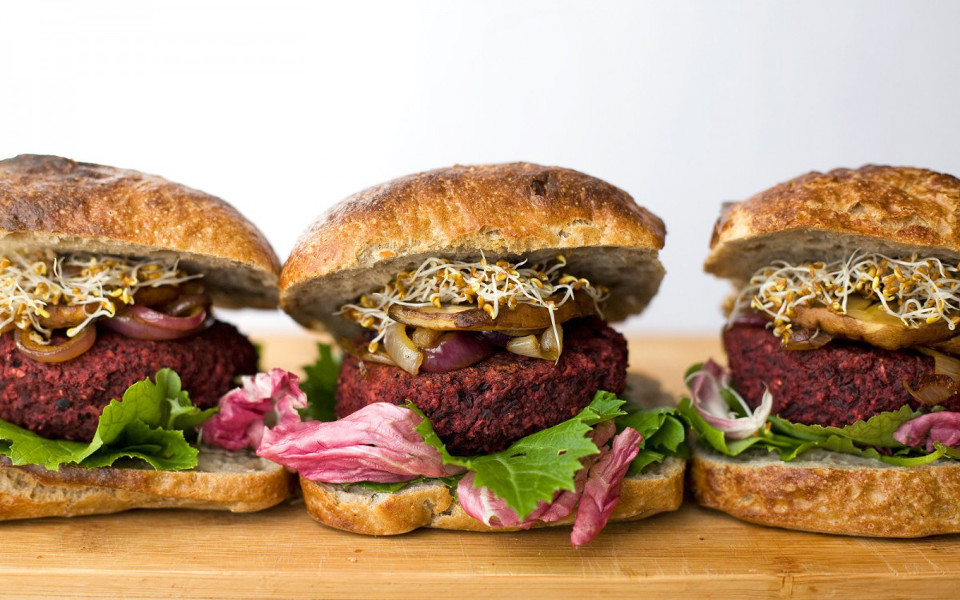 According to a study conducted by flavor research company FONA International, beets were mentioned 114 times on U.S restaurant menus this year. While, in the past, restaurants may have played it safe with their beet creations, nowadays, fine diners can enjoy all sorts of beet delicacies. Burgers, falafels, soups, salads, pancakes, muffins, risottos, fritters, fries, and chips, are just a few of the things chefs have concocted beet-versions of.

Beets are just one of the many rising veggies taking over the plant-based food sector. Meaty mushrooms and powerhouse pea protein are all rising in popularity as alternatives to meat, and for good reason! These vegetables provide a clean source of protein in a way that meat simply cannot. Beets admittedly do not have as much protein as peas or mushrooms, but they do possess a notable amount of vitamins and nutrients, work as a blood purifier, and are low in calories making beet burgers not only a lighter option to meat, but a healthier one.

Thankfully, restaurants are doing their part to help us! Whether it’s red beet and ricotta dumplings at Zio, a “Bacon Chedder Ranch” beet burger at Chickpea and Olive, or beet risotto at Little Park, these eateries are making vegetables, like beets, exciting again.

Beets don’t only have to be consumed at the dinner table, though. The market has never been more perfect for foodies who want to bring their beloved beets to-go. Since 2009, beet product launches have quadrupled, and 903 new beet products were found globally when searched by FONA.

Love Beets, for example, has created bite-sized beet snack balls for the on-the-go beet lover. The tiny treats come in a variety of flavors including SweetFire, Honey and Ginger, Mild Vinegar, and White Wine and Balsamic. Their goal? “To defy all previous notions of beets.” Well, considering they’re the only beet energy balls on the market, we’d say so far, so good!

While no other company has dedicated their product lines solely to beets, a number of them are also including the mineral-rich vegetable in their goods. Naked Edge Snacks has a Spiced Cinnamon Beet Bar containing mineral-rich beet purée, flax seeds, sweet potato, and apples, Blue Hill has created a savory beet yogurt, and Rhythm Superfoods dehydrates the veggie to create their crunchy and addictive beet chips. Whether you want to crunch, chew, or slurp ’em, there’s likely a product for your beet-noshing preference. With the demand for convenient-but-still-healthy snacks rising amongst consumers, we predict we’ll start to see even more beet-centric products on the shelves soon. 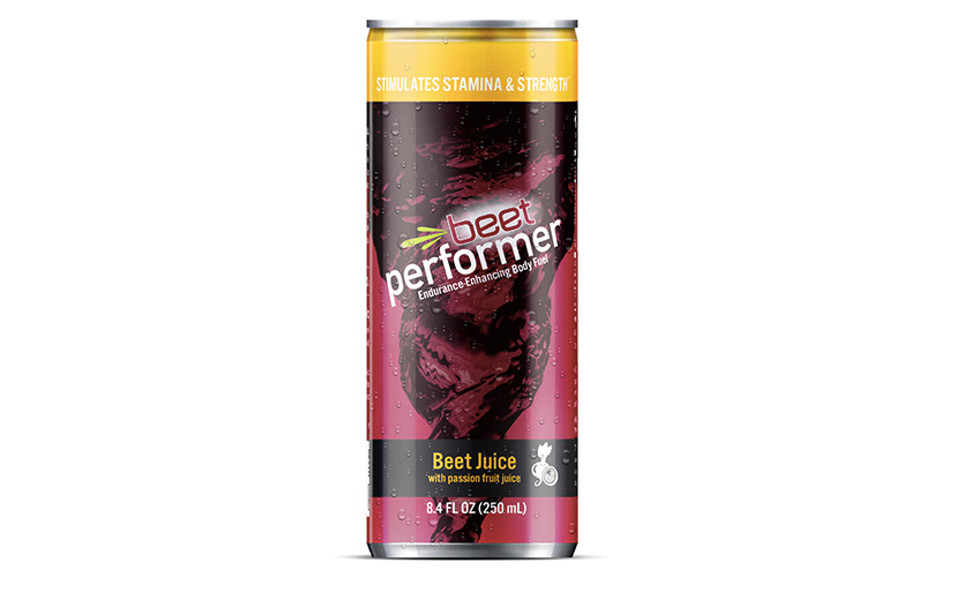 Endurance athletes started going crazy for beets after a 2009 study done by Exeter University in the UK found that beets and their naturally-occurring nitrates lower blood pressure safely, boost stamina, and are rich in valuable nutrients like vitamin C, potassium, manganese, and high in fiber. Also, and perhaps more importantly for runners, it reduced oxygen consumption during moderate running and increased time to exhaustion by 15 percent. With such an impressive nutritional resumé it’s no surprise so many health nuts started going crazy for beets.

For years, endurance athletes had to make their beet juice the old-fashioned way and wait for the market to catch up and celebrate beets for the nutritional powerhouses that they are. Well, as with many other superfoods, news on beets finally trickled down to the mainstream and their hay day has finally arrived! Now there’s beet protein powder, which can be added to smoothies, pancakes, cupcakes, and an array of other things, beet performance supplement drinks, and plain ol’ beet juice for those who just want to enjoy the natural benefits beets already possess. People are straying from conventional protein-enhancers like whey protein and looking for cleaner alternatives, a role beets are fully equipped to fill.

We are at a pivotal turning point in the future of food. There is no denying that people are still very much interested in food’s taste and texture, but they are remembering that above everything, food is fuel. Eating should not just be a mindless act that we partake in, it should be a conscious decision to nourish our body for optimal living. With this sentiment in mind, consumers are demanding more from their food, and thankfully, the food industry is supplying it. Beets are just one of the many vegetables getting an uplift as the result of this new movement. And by the looks of it, they certainly won’t be the last.