Why Video of ‘Obsessed’ Lion Pawing at Toddler at Roadside Zoo Is Dangerous, Not Cute 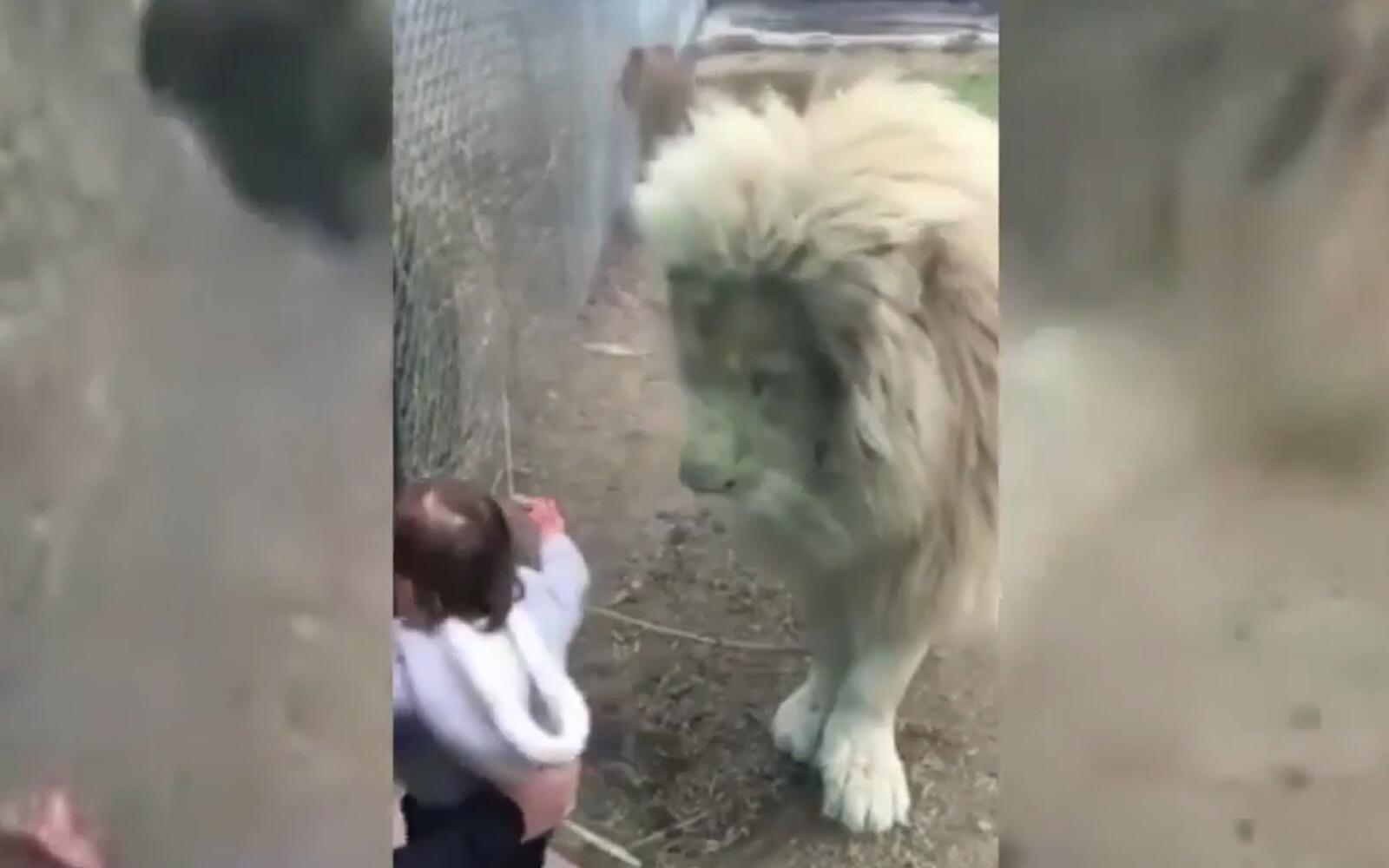 Roadside zoos are breeding grounds for disaster. Wild animals are kept in tiny inadequate enclosures, and since wild animals cannot be domesticated within their lifetime, their natural instincts are still present. This proves to be extremely dangerous for the animals and humans alike, and there have been many incidents where a captive wild animal lashes out or attempts to escape their prison, which typically results in the animal being shot and killed.

A video that has gotten some attention online features a small toddler going face-to-face with an adult male lion at a roadside zoo called Tiger World. The only thing separating the king of the jungle from the pint-sized tot is a thin glass wall that the lion repeatedly paws at aggressively, lunges at, and even licks as if getting ready for a kill. The mother of the child seemed oddly enthusiastic, and maybe even proud, of the high-risk encounter, and she said they would soon visit the roadside zoo again.

The lion displayed hunting and pouncing poses directed at the child. 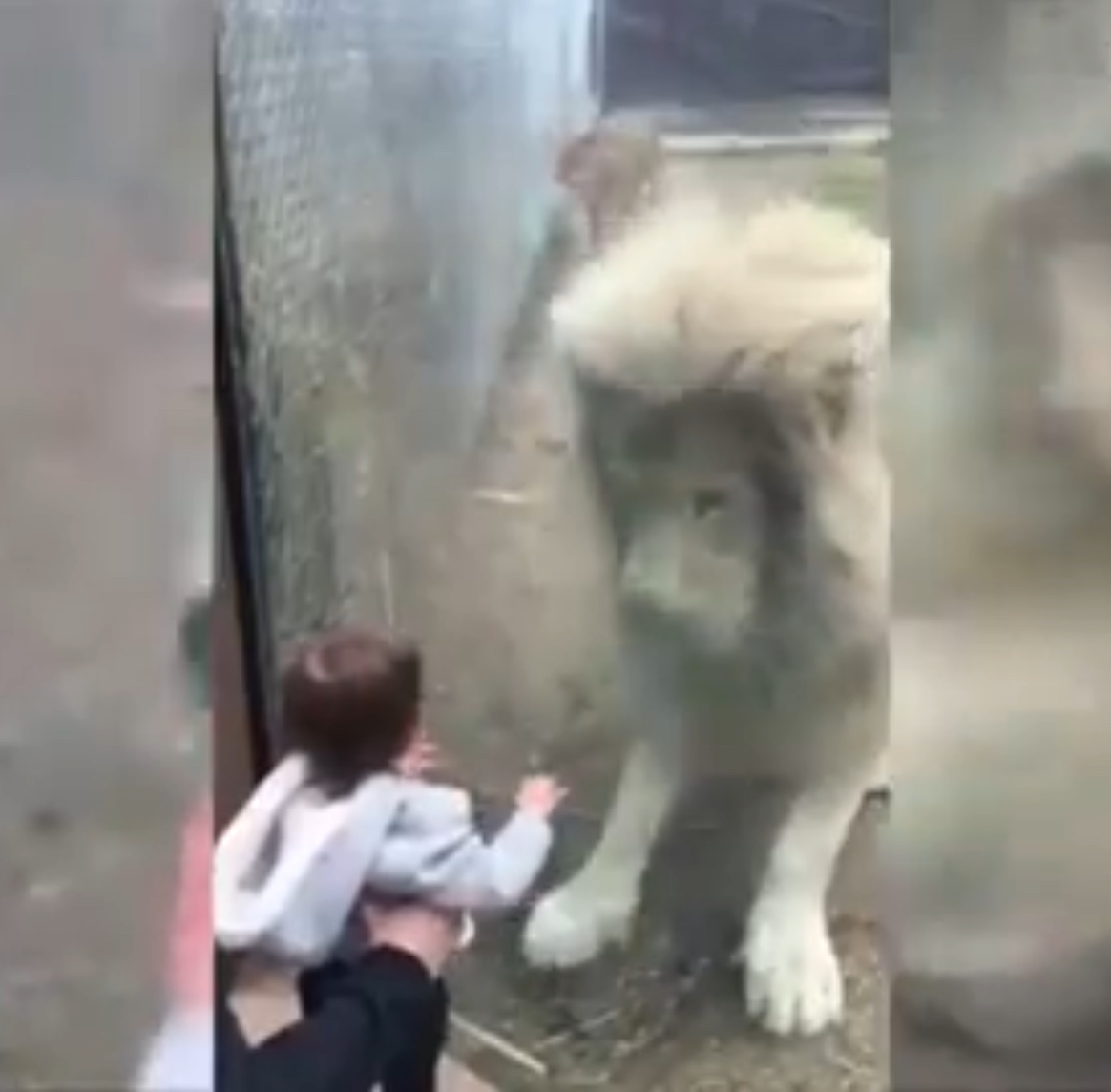 The lion was fixated on the child, aggressively pawing at the thin wall separating them. 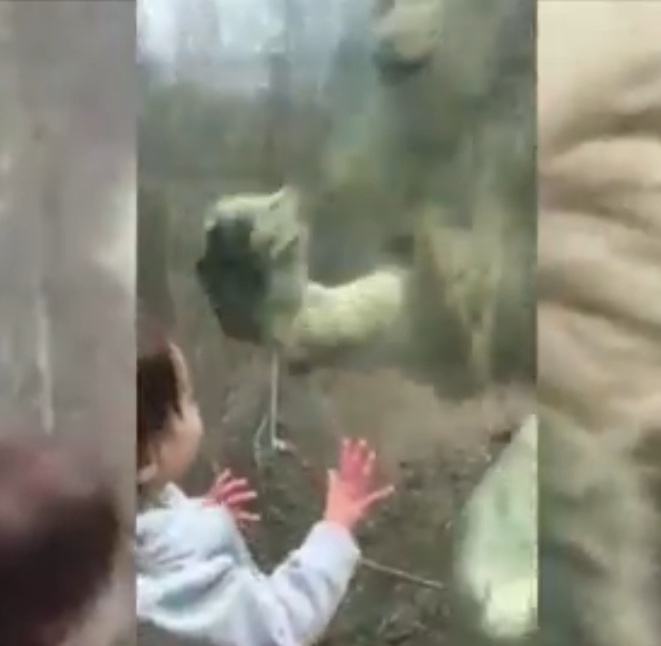 Wildcat Sanctuary shared the video with an important message. The wildcat experts explain that big cats are capable of breaking down simple enclosures like the one shown in the above video, and it has happened before. They also explain that adult lions view small children as prey, and the lion’s hunting instincts were undoubtedly in high gear. They also note that this attraction is not an accredited facility, meaning standards of safety could be even lower.

There is nothing cute or charming about this video. Roadside zoos lack strict regulations and people should not trust makeshift glass enclosures will protect them from conflict with the captive wild animals, who are already under a tremendous amount of stress from being in captivity.

As this video shows, many people are just plain oblivious to the dangers surrounding roadside zoos and similar businesses that exploit animals for a profit. To help counteract the cruelty, never purchase tickets to these types of attractions and make sure you educate your peers about the cruelty and safety risks at roadside zoos.