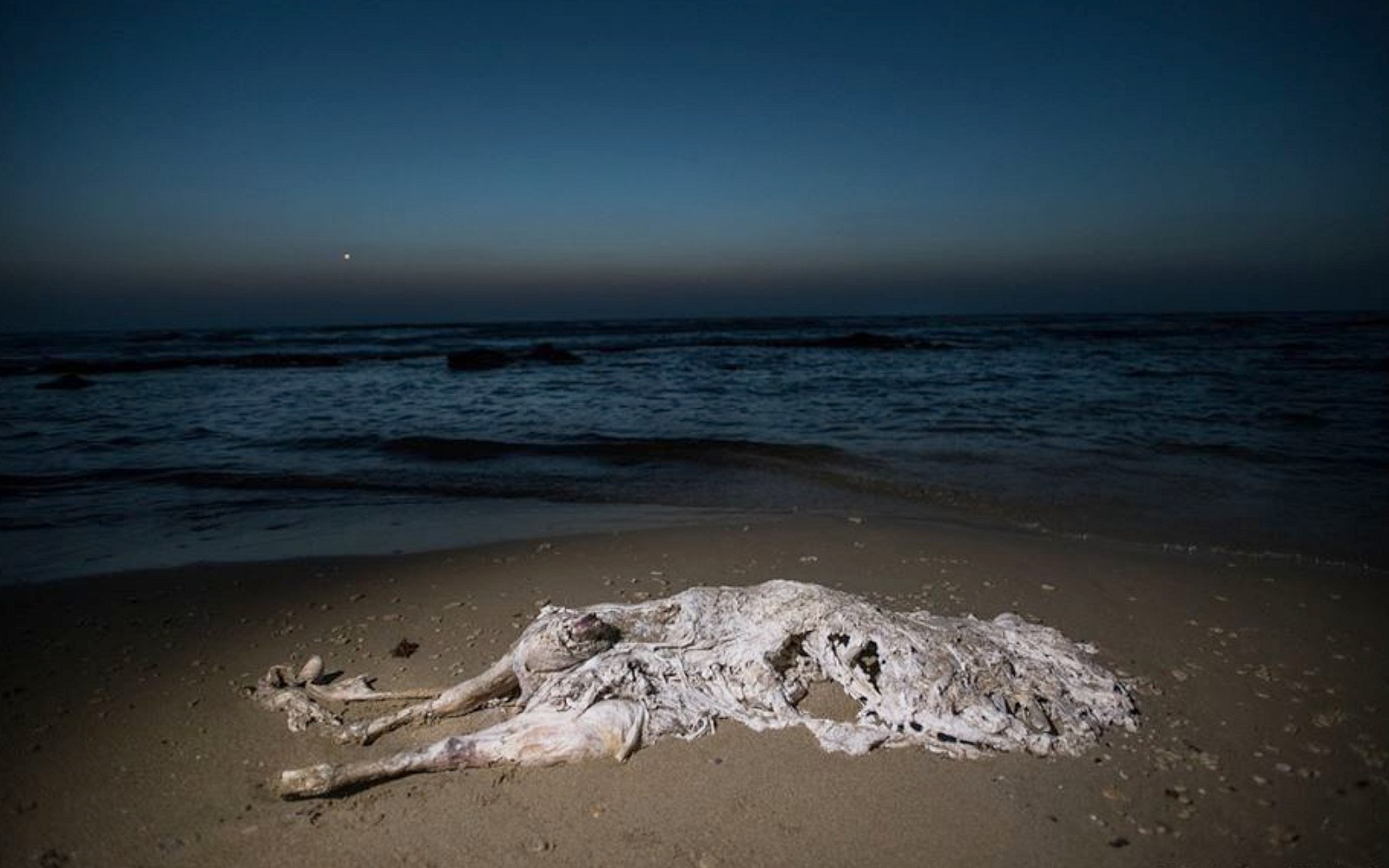 Live animal transport for slaughter or as part of the meat or dairy industry is designed to be as efficient as possible – unfortunately, this “efficiency” comes at the expense of the animals themselves. Factory farming has turned animals into objects, and the goal of making the most profit possible has enabled loose restrictions that allow for these animals to be transported from one place to another more like non-feeling objects, rather than living beings. The price animals pay for this approach cannot be overstated, but a picture, recently taken on a seashore in Israel, perhaps says more than a thousand words would.

The haunting photo of a calf washed up on an Israeli beach was published by Jo-Anne McArthur of We Animals. The calf in the picture is totally unrecognizable, but the animal’s story is not difficult to guess. Cases of farm animals dying during sea transportation are common. Those who die while being transported are thrown overboard – but only after their ears are cut off so that their bodies cannot be identified by the tags.

As reported by Compassion in World Farming, millions of farm animals are transported around the world for slaughter every year. Their transportation is connected to a number of burning welfare issues. Animals are overcrowded and many become injured or even trampled to death. They suffer exhaustion, as they can be en route for days, they are often not given sufficient food or water and face dehydration. Transported animals are under an immense amount of stress, and their immune systems are often reduced as a result of the journey.

The organization Israel Against Live Shipments was alerted to the calf’s body decomposing on the beach and photographed it to share the story as part of their mission to spread awareness of the cruelty of livestock transportation. The sight of dead cows washed up ashore is unfortunately not uncommon in the country.

“It’s not unusual to see dead wildlife such as fish, turtles or birds washed up on beaches. But livestock?” McArthur wrote.

Australia’s largest sheep exporter was recently suspended due to rampant animal welfare concerns, and this action was largely motivated by public outrage. If you agree that it is unacceptable to treat animals in this manner, speak up and share this post!