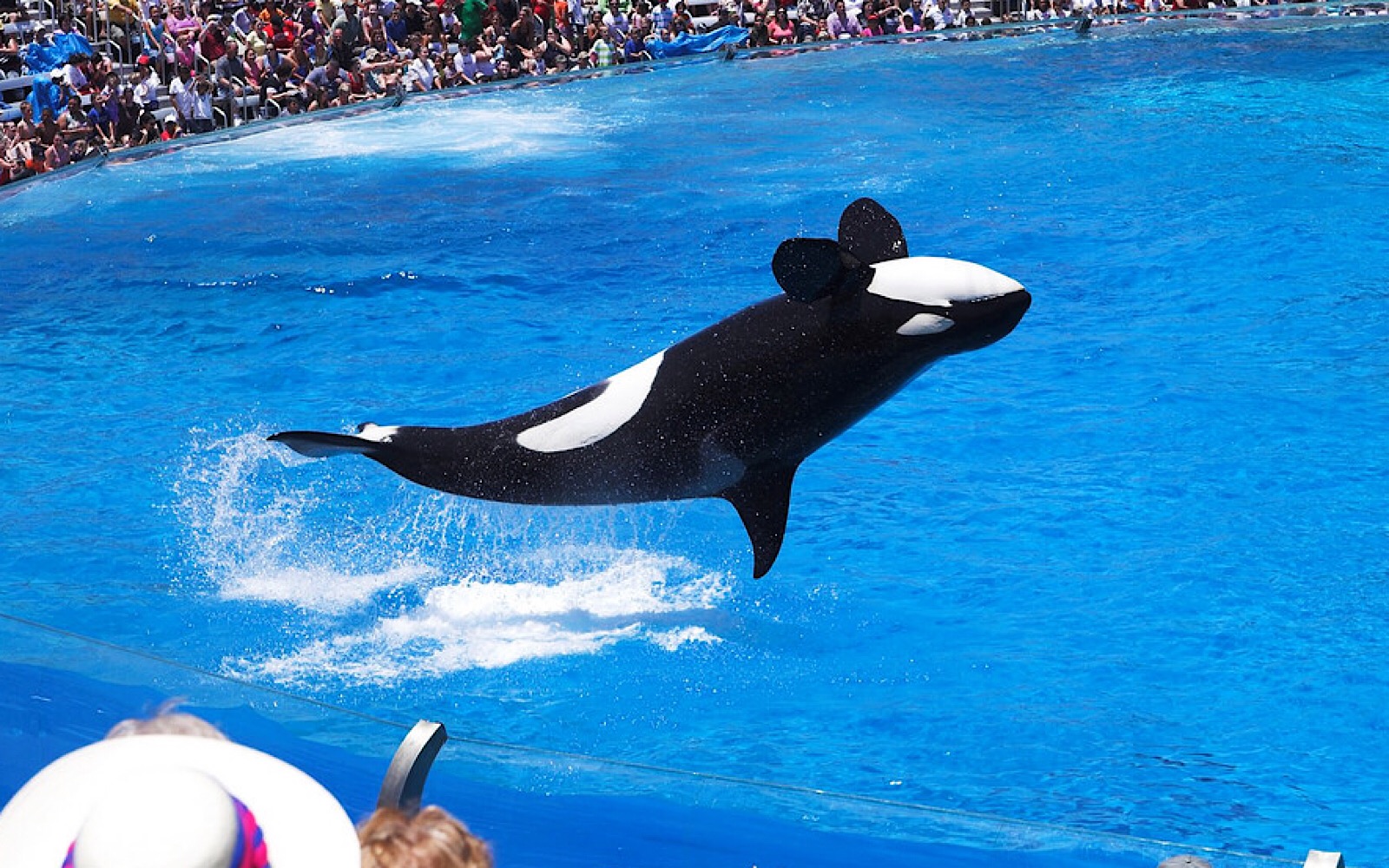 Largely thanks to the critically-acclaimed documentary, Blackfish, which unveiled to the public the gross abuse and mistreatment of captive cetaceans at SeaWorld, the park has seen a significant decrease in ticket sales and public approval. And now the CEO of SeaWorld, Joel Manby, is stepping down from his position after being unable to repair the park’s tarnished reputation.

Blackfish revealed the breeding practices within SeaWorld parks, which involves forcibly impregnating the animals and removing newborns from their mothers, resulting in endless haunting cries from the highly intelligent creatures. In addition, life confined in cramped tanks leads to the serious psychological disorder, zoochosis, which is exhibited by symptoms like compulsive pacing, biting of enclosures, head slamming, and even suicide attempts. Crammed enclosures also cause conflict among the captive animals, and the poor quality of life has caused several incidents of handlers being severely injured or even killed by orcas. Collapsed dorsal fins, broken teeth, and general poor health are also the norm. All of this shocking information has caused attendance and profits to take a dive, but always lacking in integrity, the company made false claims to investors that the park’s profits were not plummeting, which resulted in losses for investors and an investigation of the park by the Department of Justice.

Under Manby, the park succumbed to public pressure and ended their captive breeding programs in 2016, but this decision has done nothing for the miserable animals still held in the parks. In efforts to draw in crowds, SeaWorld has also added more attractions and focused a lot of attention on misleading advertisements worthy of an eye roll. Despite their efforts to remain relevant, SeaWorld reported a fourth-quarter net loss of $20.4 million this Tuesday, after reporting a net loss of $11.9 million last year, and ticket sales dropped 5.5. percent in 2017.

Manby recently attacked animal rights activists for their “small-minded” arguments and desire to release the parks’ remaining 29 orcas to sea pens, claiming they should focus on issues of overfishing instead (surprise, we can do that too!). Looks like the only small-minded party here is Manby, who refused to embrace the reality that SeaWorld is doomed during his term as CEO. Frankly, he could have only succeeded at improving SeaWorld’s reputation by shutting the entire abusive attraction down.

We hope that Manby leaving SeaWorld is a sign that the corrupt corporation is in its very last days and will officially empty the tanks and send the captive animals to sanctuary sea pens where they can finally have a taste of the life they naturally deserve.

Despite all the information that is available, there are still those who are unaware of the issues surrounding marine parks, so please make sure to share this with your friends and family!