What is the Future for Marine Parks After ‘Blackfish’? 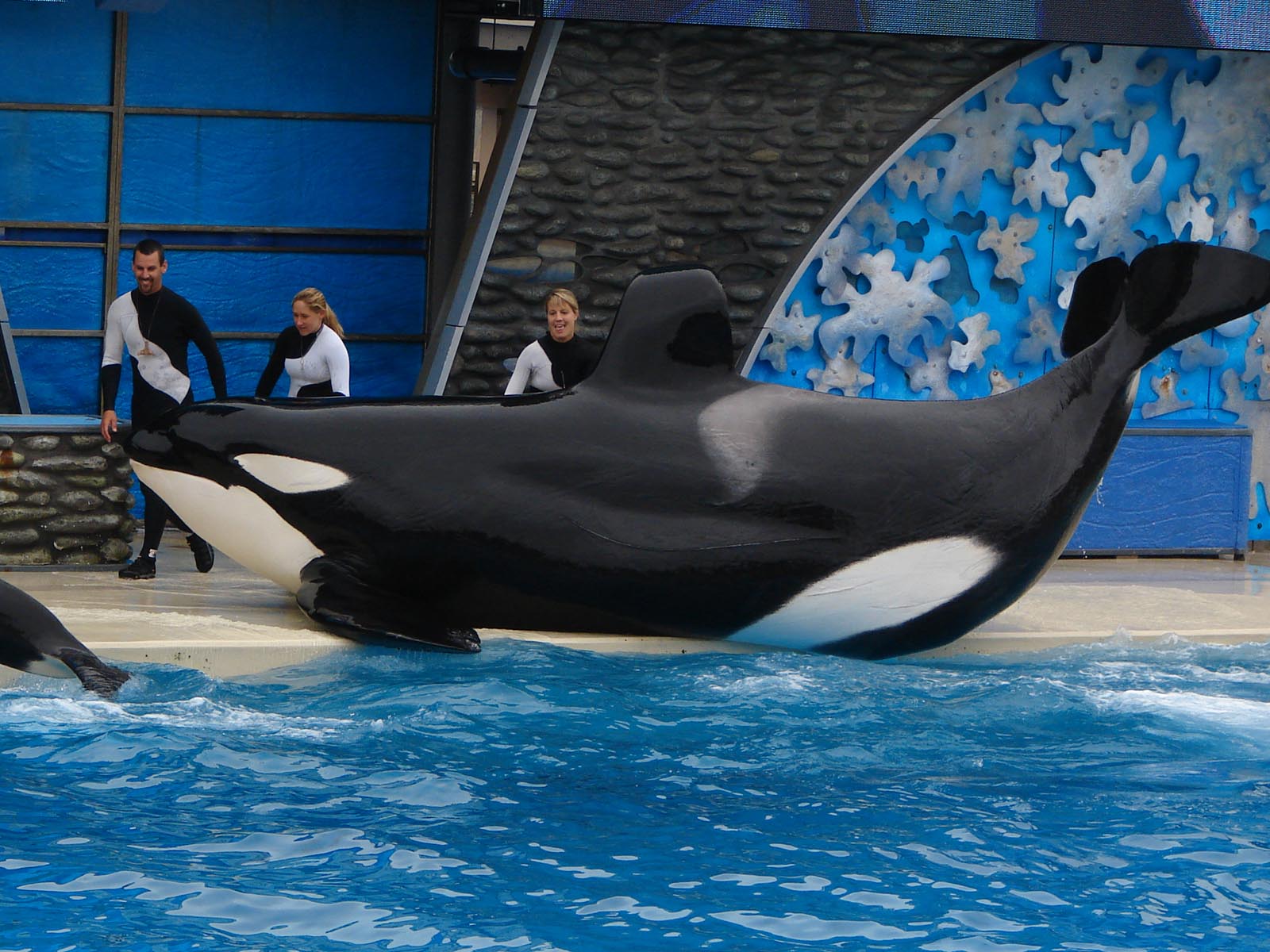 Marine parks such as SeaWorld, Miami Seaquarium, Marineland of Canada, and Loro Parque have been household names for many years. They have long been marketed as fun, family-friendly destinations where kids can learn about marine animals and watch live whales and dolphins performing innocent, playful tricks. However, the award-winning 2013 documentary “Blackfish” shattered this wholesome image for good.

Blackfish examined the circumstances surrounding the tragic death of SeaWorld Orlando trainer Dawn Brancheau, which occurred on February 24, 2010. Brancheau’s death was caused by a sudden attack from a captive orca named Tilikum, with whom she was performing at the time of the incident.

The Creation of a Killer

Tilikum was violently captured and torn away from his pod off the coast of Iceland in 1983. Prior to this long-suffering whale’s death earlier this year, his many stressful experiences in captivity had rendered him mentally unstable and occasionally aggressive. The unpredictable outbreak of aggression that led him to kill Brancheau was not an isolated occurrence: Tilikum was connected with two other human deaths over the course of his time in captivity, and he also suffered from a large array of mental and physical health problems. He was far from the only captive orca to kill a human being, as there have been multiple recorded instances of captive orcas all over the world displaying serious – and even lethal – aggression toward humans and one another.

However, there has never been a reported incident of a wild orca killing a human being while in their natural habitat. Wild orcas live in close-knit matriarchal pods, maintaining close relationships with their family members all their lives and traveling up to 100 miles per day in the open ocean. Whenever wild orcas have been documented interacting with humans, their behavior has largely been gentle and placid. The brain of an orca is four times larger than a human brain, while the brain lobes that deal with the processing of complex emotions are also significantly larger in these animals than they are in humans. They have been evolving for millions of years, but modern humans only arrived on the scene around 200,000 years ago. There is no doubt that orcas are cognitively sophisticated animals who suffer greatly when placed in a marine park tank that comprises only 0.001 percent of the territory they would have in the wild.

By exploring Tilikum’s state of mental distress prior to his attack on Brancheau, Blackfish managed to expose a number of highly egregious practices perpetrated by SeaWorld – and by extension, the entire marine park industry – throughout its history. These have included acquiring marine animals who had been captured in extremely violent circumstances, engaging in unethical breeding practices, and misrepresenting scientific data, among others.

SeaWorld has made many attempts to redeem its reputation since the documentary was released back in 2013, but visitors, corporate supporters, and shareholders have been abandoning the park in droves.

As a result of the high amounts of negative publicity SeaWorld has experienced, a glaring spotlight has also been shone on the plight of many captive animals in other marine parks. Two high-profile examples are Morgan, a tortured young orca living in Spain’s Loro Parque, and Lolita, who is currently confined to the smallest orca tank in North America at Miami Seaquarium. Lolita has languished in captivity since 1970 and Miami Seaquarium has consistently refused to retire her to a more spacious environment, despite the many release campaigns and detailed retirement plans that have been drawn up for her by animal advocacy groups.

Is There a Future for Marine Parks?

In the face of ongoing public condemnation, many marine parks have made strenuous efforts to improve their public image. Last year, for example, SeaWorld announced that they would stop the captive breeding of its orcas across all of its parks. They are also planning to end their practice of forcing orcas to perform in shows, instead creating an orca encounter experience for visitors. They claim that this scheme will “focus on orca enrichment, exercise, and overall health.” Despite the well-intentioned tone behind this statement, however, there is a slim possibility of the orcas’ needs being met in a tank that can never truly replicate the environment that they would experience in the wild.

It is also worth noting that SeaWorld only decided to end their orca breeding programs after unsuccessfully trying to overturn a decision by the California Coastal Commission that obliged them to end all breeding efforts in their San Diego park. Given the corporation’s history, it is fair to conclude that they may have been pushed into ending their breeding programs by the court of public opinion, rather than knowing that it was simply the right thing to do.

Marine parks have frequently made statements implying that they intend to move in a more positive direction. Sadly, they will not back up their words with action and do what is in the very best interests of their animals: namely, allowing them to move into an environment where they no longer be gawked at or treated as objects of amusement by members of the public.

Animals who have spent the great majority of their lives in a tiny tank may not be suitable for immediate release into the wild. However, Miami Seaquarium – to give one example – refuses to even allow Lolita to be moved to a sea pen: a move that would grant her a certain amount of peace in her senior years. It is likely that when the Blackfish-generated furor has died down, at last, life for Lolita, Morgan, and all other captive orcas of the world will continue to be every bit as uninspiring as before.

As the pattern of widespread abuse and doublespeak that has long been prevalent in Western marine parks moves into other areas of the world, it is more important than ever that all those who care about the well-being of marine animals remain vigilant. We must continue to fight for nothing less than the total freedom of Lolita, Morgan, and other highly intelligent animals who are held captive in marine parks all over the world, and remember that their lives will not be significantly improved by a slightly larger tank or a reduction in the amount of tricks they will be expected to perform.

Orcas, dolphins, and other marine animals are at their very best when they are allowed to be free. It is entirely possible for people to educate themselves on the complex, sophisticated natural lives of dolphins and whales while allowing them to remain in their wild habitats: embarking on a whale watching trip is one amazing way of doing this! For more information on why you should never buy a ticket to a facility that continues to hold incredibly intelligent animals such as orcas in captivity – and how you can help – check out the links below.