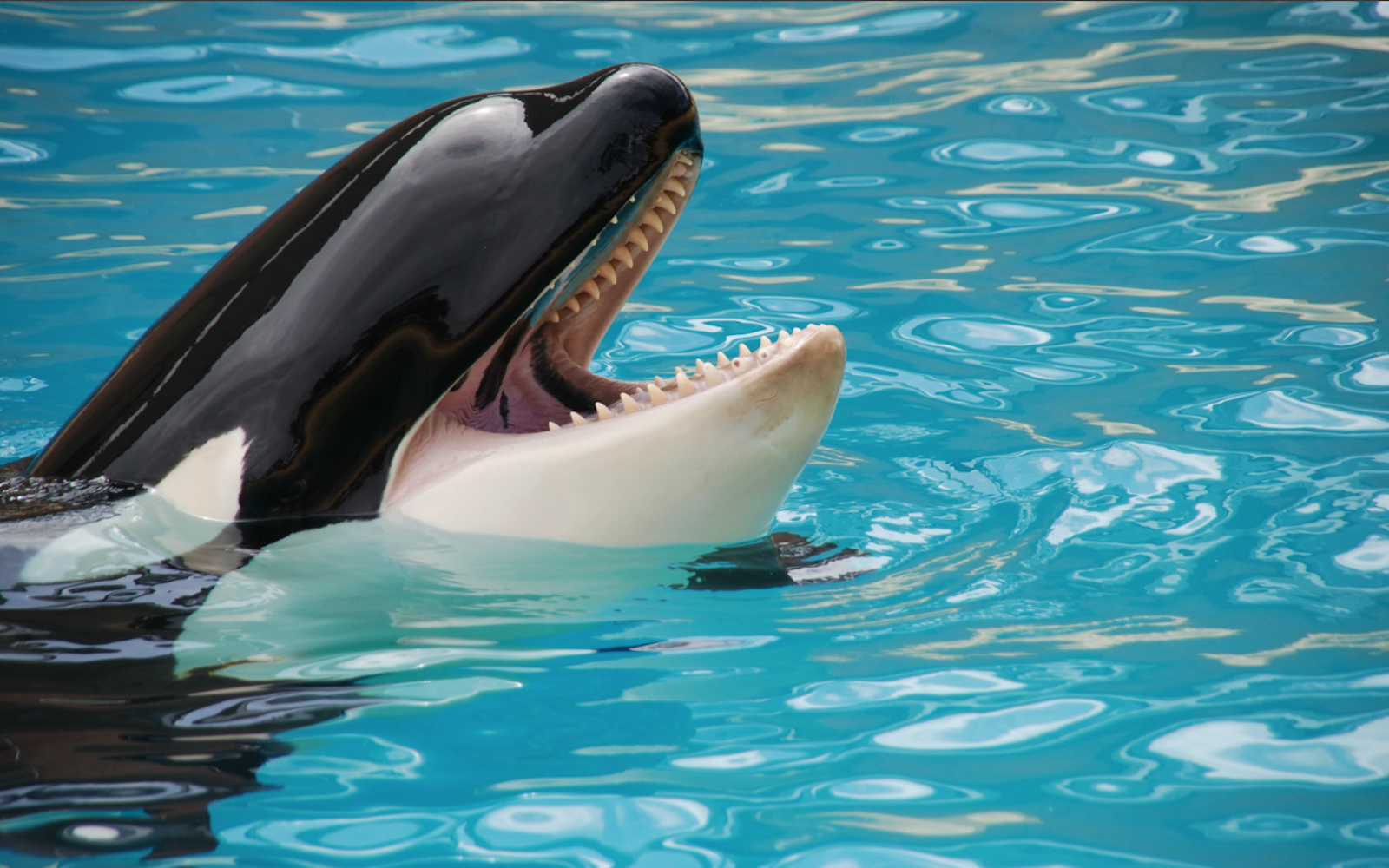 Just when we thought we couldn’t be surprised by SeaWorld’s antics, they go and do THIS … SeaWorld CEO Joel Manby recently spoke at the ICR Conference in Orlando and the comments were outrageous, to put it mildly.

In speaking about the continual backlash the marine park has faced since the eye-opening documentary, Blackfish, Manby said the public should be talking about the number of deaths the fishing industry causes instead of Seaworld … and then went on to insult activists!

“Those are the issues we should be talking about, not 29 whales at SeaWorld that have been born at SeaWorld and have lived there their entire life and cannot be released to the wild because they would die. So I get frustrated with the small-minded arguments from activists that really don’t know what they’re talking about,” said Manby at the conference.

Except we do know what we are talking about. Overfishing is one of the biggest threats to our planet and is in fact, part of the reason why orcas in the wild are in danger (in fact, endangered orcas are miscarrying because they are starving). Entire species have been nearly obliterated by the demand for seafood, with experts estimating that nearly 80 percent of the world’s fish stocks have been fully exploited or are in decline and that 90 percent of the ocean’s large predatory fish have been wiped out. If current trends continue, the Earth’s food fisheries are likely to collapse entirely by the year 2050. So, by saying activists should focus on overfishing and not captive orcas is a mute point. That’s like committing a crime but telling people to focus on another robbery that is in progress … two wrongs don’t make a right, Manby.

SeaWorld agreed to stop breeding captive orcas at all of their locations back in 2016, but the marine park continues to profit off of the misery of animals. Manby also noted at the conference that SeaWorld’s current whales would stay in the park for years because he believes they can live up to 50 years in captivity (unfortunately, but perhaps luckily for these captive animals, the average age of death for orcas who have died at SeaWorld is just 13 years old). SeaWorld is well aware of the suffering that the animals in their care experience, especially orcas. There are no documented cases of orca whales killing humans in the wild, but SeaWorld alone has been the scene of two horrible tragedies. To cover up for the animals’ clear distress, boredom, and frustration they feed them psychoactive drugs. For SeaWorld executives, another 50 years of captivity means a few more decades of potential profit … for the orcas and other animals at SeaWorld, this is a fate worse than death.

While it’s true that those born into captivity do not have a good shot at surviving in the wild, they can at least be given the dignity of getting to live out the rest of their lives in a sea pen with other animals who they can peaceably interact with. There is even an organization, The Whale Sanctuary Project, working towards acquiring space to retire animals to a proper sanctuary.

Instead of criticizing activists who understand the dynamic emotional and cognitive abilities of the animals kept at the park, perhaps Manby do his job and recognize how changing public opinion is affecting his business. Instead, Manby stated that “One hundred years from now, people are going to be begging for zoos and aquariums.” Seriously!?

There is no better indication that this is NOT the case than SeaWorld’s own tanking profits.

Public outcry is what forced SeaWorld San Diego to introduce a new attraction called Orca Encounter to replace live shows, where visitors can watch whales swim in their tanks … but this horizontal move to improve life for captive orcas did nothing to convince consumers to start paying to see animals in bathtubs again. If SeaWorld wants to see an improvement in their public image – they need to seriously rethink their business model. As long as wild animals are being exploited, people will be unwilling to pay.

Perhaps this misguided rant from Manby was nothing more than an attempt to save face after the release of emails from SeaWorld executives complaining about the impact that Blackfish had on the company’s ability to secure famous performers and catering companies. In one email, Fred Jacobs, SeaWorld’s former corporate communications vice president stated, “God we look like idiots,” after Willie Nelson refused to perform at the park.

Yes, SeaWorld, you got caught in a gigantic lie and your business is built on nothing more than greed and selfishness. These clueless comments from Joel Manby only further prove that our work is not done yet and we must continue to put pressure on SeaWorld. The single greatest thing you can do to help these animals is by joining millions of others in making the pledge to never support marine parks like SeaWorld.

And if you are as outraged as we are over Manby’s comments, be sure to share this article with friends and encourage them to join you in the call to #EmptyTheTanks!