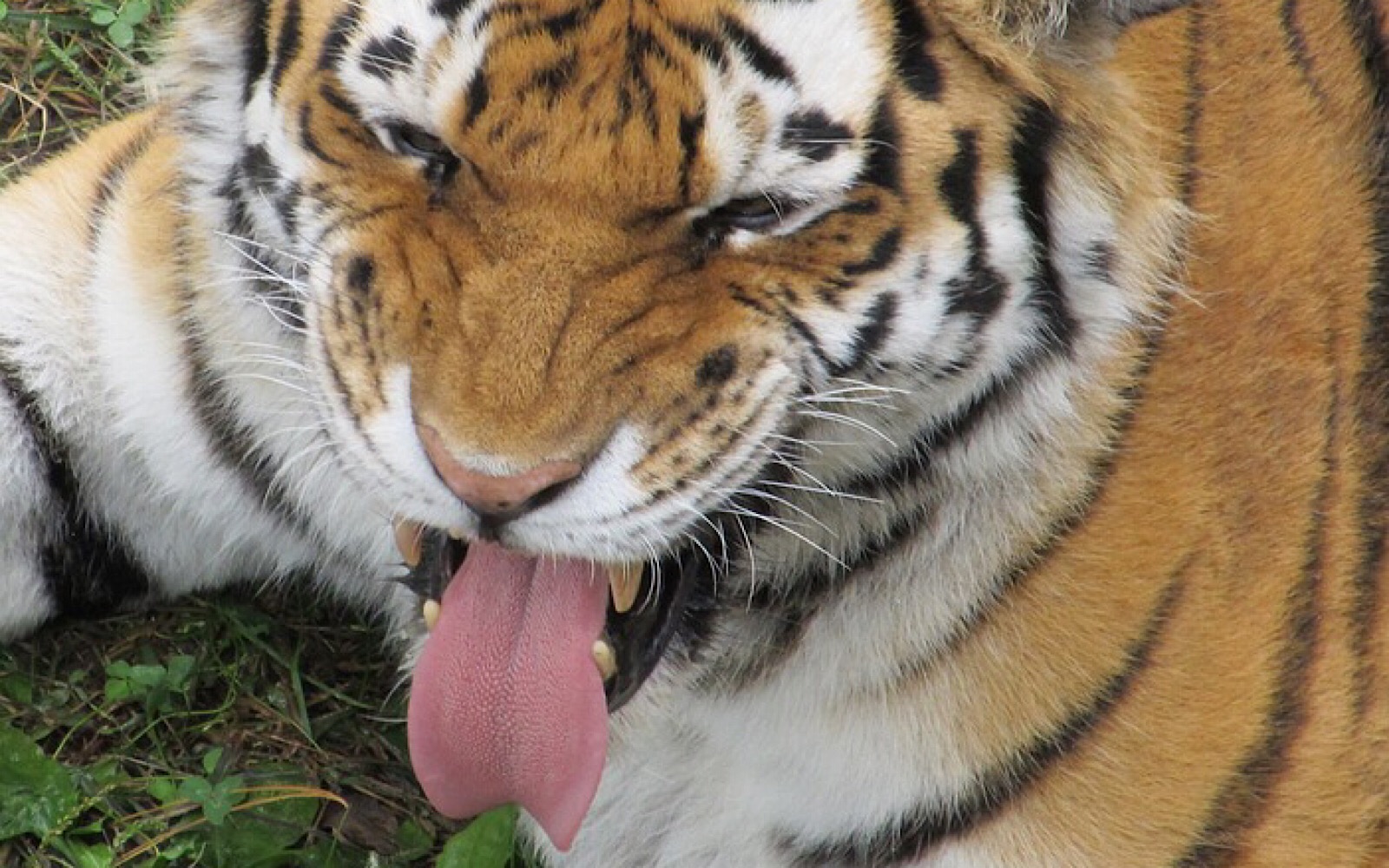 Sometimes reality is truly stranger than fiction, and this story is worse than any made-for-TV movie you’ve seen…

Notorious big cat breeder Joseph Maldonado-Passage, aka “Joe Exotic,” is recognizable by his grossly-outdated bleached feathered mullet-with-bangs look, but that isn’t the main reason he is disliked so much. The breeder has been the focus of many animal cruelty investigations supported by PETA and Carole Baskin of Big Cat Rescue, and he has now been indicted by The U.S. Department of Justice, which has charged him with two counts of murder-for-hire of Carole Baskin. This arrest occurred after Maldonado-Passage allegedly tried to hire two individuals, one an undercover FBI agent, in two separate attempts to kill Baskin.

In 2006, a PETA eyewitness investigation into his run-down roadside zoo, The Greater Wynnewood Exotic Animal Park, revealed that sick, injured, and dying animals were not given veterinary care or even humane euthanasia. PETA reported: “Animals were kicked, deprived of food, blasted with pressurized hoses and fire extinguishers, and beaten with the blunt end of a gun. Following our investigation, the U.S. Department of Agriculture (USDA) put Maldonado-Passage on probation for 18 months and ordered him to pay a $25,000 fine for nearly 200 violations of the federal Animal Welfare Act.”

Additionally, the USDA opened an investigation into the deaths of 23 tiger cubs in just seven months at this roadside zoo, cubs who were bred to be sold to other roadside zoos and traveling shows as selfie props. Last year, PETA rescued 39 tigers, three bears, and two baboons from the zoo and sent them to safety at reputable sanctuaries. They also got the two chimpanzees at the zoo into an accredited sanctuary recently.

The breeder has posted numerous out-of-control rants on YouTube, threatening the life of Baskin and those who support her. In one video, Maldonado-Passage claims, “For Carole and all her friends that are watching, if you think I was nuts before, I’m the most dangerous exotic animal owner on this planet, and before you bring me down, it is my belief that you will stop breathing, got that?” He also shot off the head of a doll representing Baskin.

In one photo, he has two hanging effigies, one representing PETA and the other, Carole Baskin of Big Cat Rescue, with himself posed with a bow and arrow and dressed as a tiger (creeeepy!).

According to Baskin, Maldonado-Passage threatened to kill her about a dozen times in the past few years. “I was surprised he didn’t want to do it himself, but I wasn’t surprised he would try and follow through,” Baskin stated.

With all this clearly documented evidence piled up, it would take a ten-year-old to convict Maldonado-Passage, and we, along with all animal advocates the world over, hope he is prosecuted to the full extent of the law and can never harm another living being.

This story is a prime example of how those who harm animals are more than likely to harm humans as well. In fact, an animal abuser is five times more likely to abuse a human. We hope this story is an eye-opener for lawmakers to create stricter laws regarding animal cruelty and treat and prosecute criminals who abuse animals the same way they treat and prosecute criminals who harm humans.

This story is also a huge reminder to NOT support roadside zoos! This sick criminal was selling animals to roadside zoos and animal attractions, meaning that visitors to these events supported him. Speak with your dollar and NEVER visit places that exploit animals for a profit.

And please remember to SHARE this with your network as a reminder to never support roadside zoos and similar attractions!