3 Ingredients in Candles that Harm People, Animals and the Planet (and What to Choose Instead!) 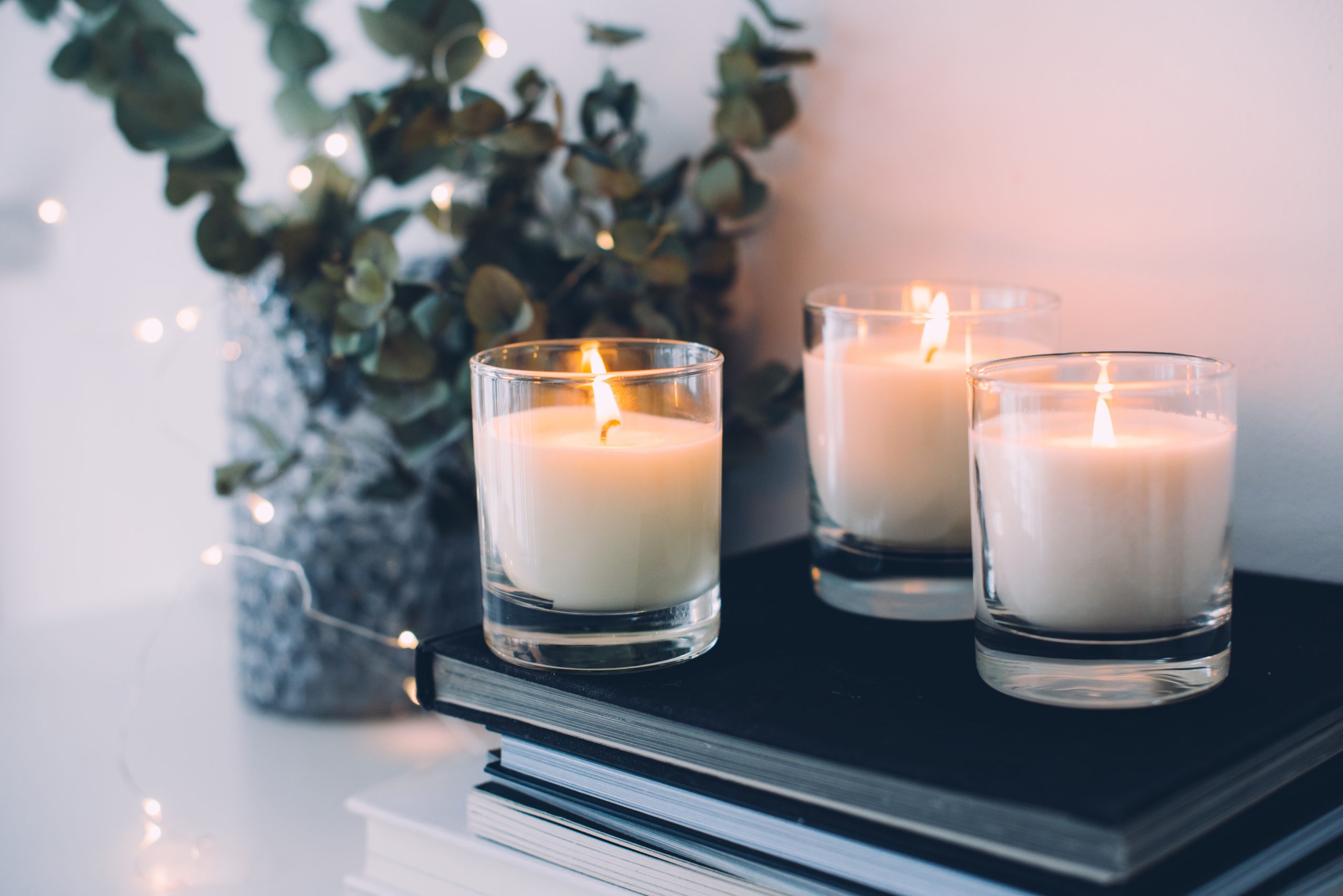 Candles are a simple way to give your space a cozy and personalized atmosphere. With their warm glow and myriad of different smells, it’s no wonder candles have amassed a strong fanbase. While candles can be a soothing addition to one’s home, unfortunately, not all candles are created equally. Some candles contain ingredients that are harmful to the environment, animals, and even our own health! Below you can find candle ingredients to avoid as well as examples of candles that are more ethical and safe!

Although beeswax is often touted as a sustainable choice in terms of makeup, candles, and personal care products, the harvesting process is so unethical that beeswax should be avoided entirely. Beeswax is obtained by “melting a honeycomb with boiling water and then straining and cooling it.” Although this process might not seem to harm the bees directly, cruelty is an inherent aspect of beekeeping. For example, clipping the queen bee’s wings is a common practice to prevent her from fleeing the hive, which can be incredibly stressful for the queen. Similarly, the queens are often instrumentally inseminated in a process that involves crushing drone bees and extracting their semen…which is highly disturbing.

Beekeepers routinely take away the bees’ honey, which is the result of weeks of intensive labor, and replace their golden nectar with nutrient-deficient sugars like sucrose or high fructose corn syrup. These sugars have been shown to weaken the bees’ immune systems as well as make them more susceptible to pesticides.

These unethical practices have far-reaching implications that go beyond the commercial hive itself. Through the frequent trading of honeybees, diseases and parasites can spread rapidly and affect populations of wild bees. Likewise, millions of queen bees are bred commercially from just a few queens. This lack of genetic diversity has been hypothesized to be a significant cause of declining honeybee populations, due to decreased resilience to pathogens and parasites.

Harvesting beeswax is interlaced with harvesting honey, which means that since honey is cruel, beeswax is too.

Among these pernicious ingredients is palm oil. The controversy surrounding palm oil has become more mainstream, particularly because of how ubiquitous this ingredient has become in processed foods. Harvesting the fruit needed to create palm oil devastates tropical ecosystems across Southeast Asia, primarily through deforestation. Likewise, this practice of deforestation significantly impacts the animals living in these forests, particularly orangutan populations, which have decreased by 80 percent over the last 20 years. It also is linked to various human rights and labor abuses.

Because palm oil is so cheap to produce, it is used in a variety of non-food products, including soap, shampoo, and yes, candles. Candle companies understand that many consumers are working towards a more eco-friendly lifestyle, thus many resort to greenwashing in an attempt to manipulate consumers. To help spot this greenwashing and easily determine whether a candle has palm oil in it, Products Without Palm Oil created a list of terms to look out for. These terms include: Plant-derived wax, 100% natural, Natural ingredients, Made with coconut, Earth-friendly, and Wax blend. Because palm oil is natural and plant-based these companies focus on these buzzwords to deceive consumers into thinking they’re making an eco-friendly choice. It’s important to always read each ingredient listed on the label.

Paraffin is a highly prevalent candle ingredient derived from the waste of petroleum. Before being made into candle wax, paraffin is chemically bleached and deodorized, however, vestiges of its petroleum past can be seen in the black soot that emits from the wick of a paraffin wax candle.

Burning paraffin wax can release toxins into the air that are like those found in diesel fumes. Burning these toxins has been shown to cause skin, eye, and lung irritation – and these are just the short-term effects. Not only is burning paraffin bad for one’s personal health, but these toxins and the process by which paraffin is harvested is environmentally detrimental. Crude oil is a non-renewable resource that has played a role in numerous environmental disasters such as oil spills, habitat destruction, and climate change.

Because paraffin is cheaper than natural waxes, it has become almost ubiquitous, both in cheap dollar store candles and even in big-name candles, such as Yankee and Bath and Body Works. Because paraffin is derived from such a toxic substance, its use is becoming increasingly more contentious. While many studies claim that burning paraffin candles is harmless, these studies are funded by the very corporations who profit from consumers buying such candles, and thus should be viewed with a certain level of skepticism.

What should you buy?

While this list might seem overwhelming, choosing a candle is actually rather simple! Just look for a label stating that the candle is 100% Soy Wax. As mentioned previously, paraffin and palm oil can be cheap additives, so soy wax candles might seem expensive upfront, but in the end, they will save you money. Because soy wax requires more heat to burn than paraffin and palm oil, the candles burn slower and thus last much longer, meaning you won’t have to buy candles as frequently. Similarly, these candles burn much cleaner meaning that hopefully, you can avoid some of the health issues associated with burning paraffin. 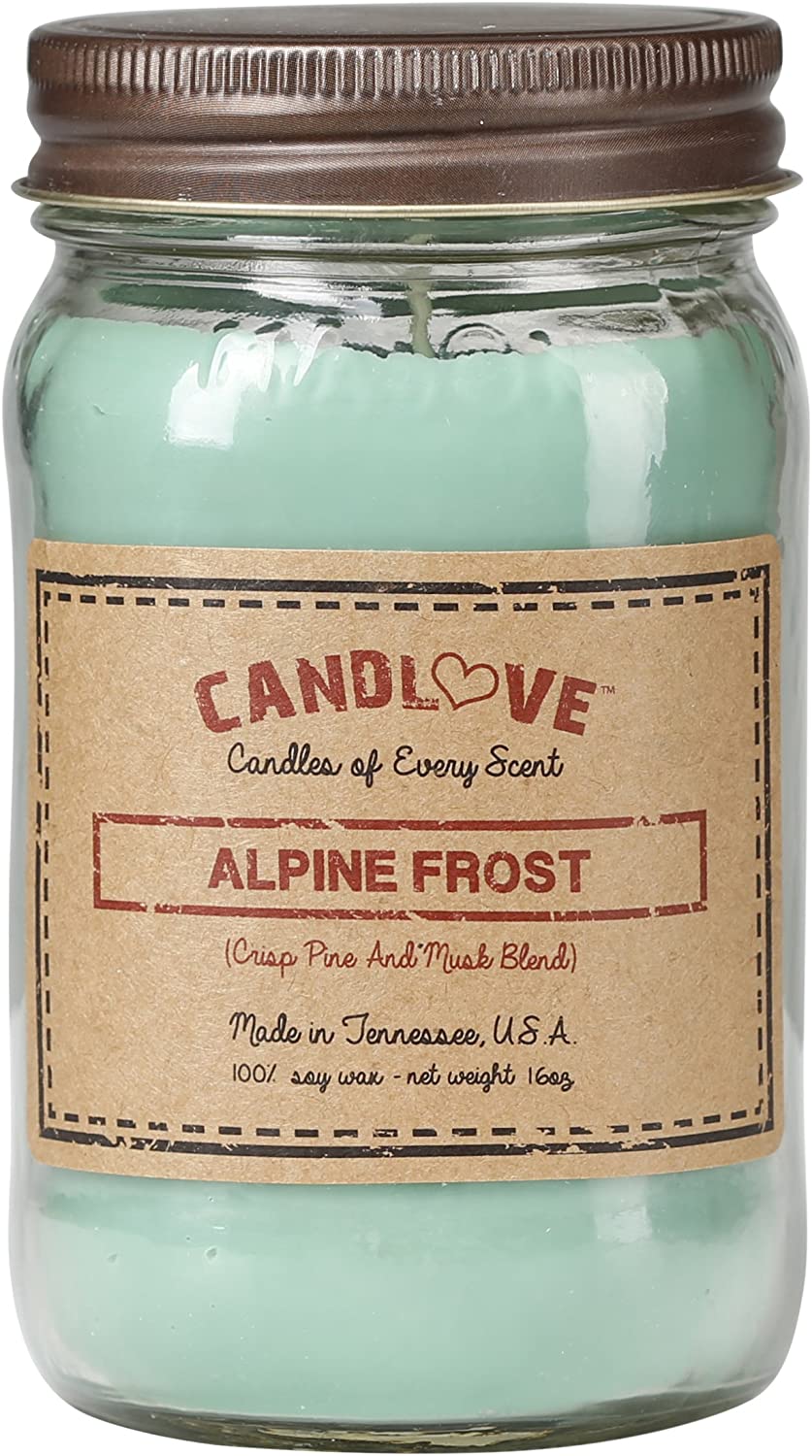 Candlove candles come in a variety of scents including Sugar Cookie, Gardenia, and Eucalyptus Spearmint. These candles are made from 100% soy wax and 100% lead-free cotton wicks. They boast a 70-hour burn time and retail for about $18.95. 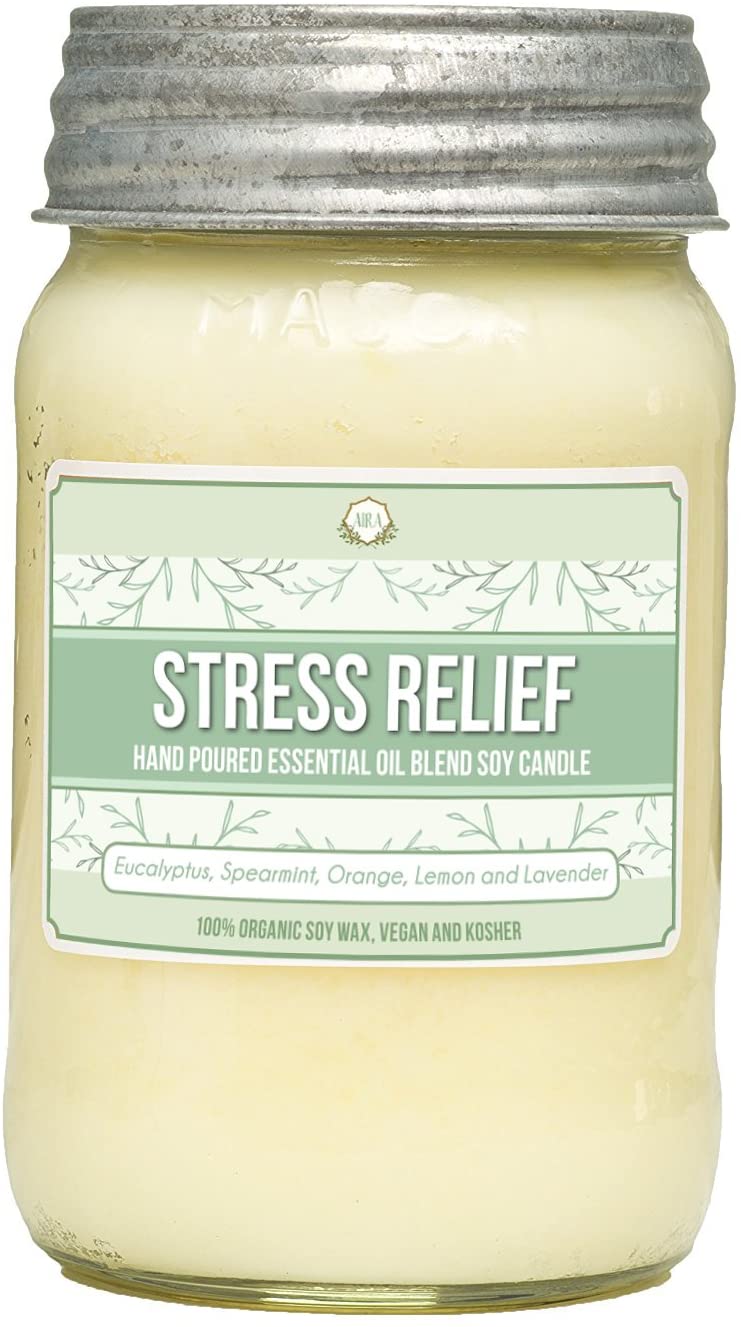 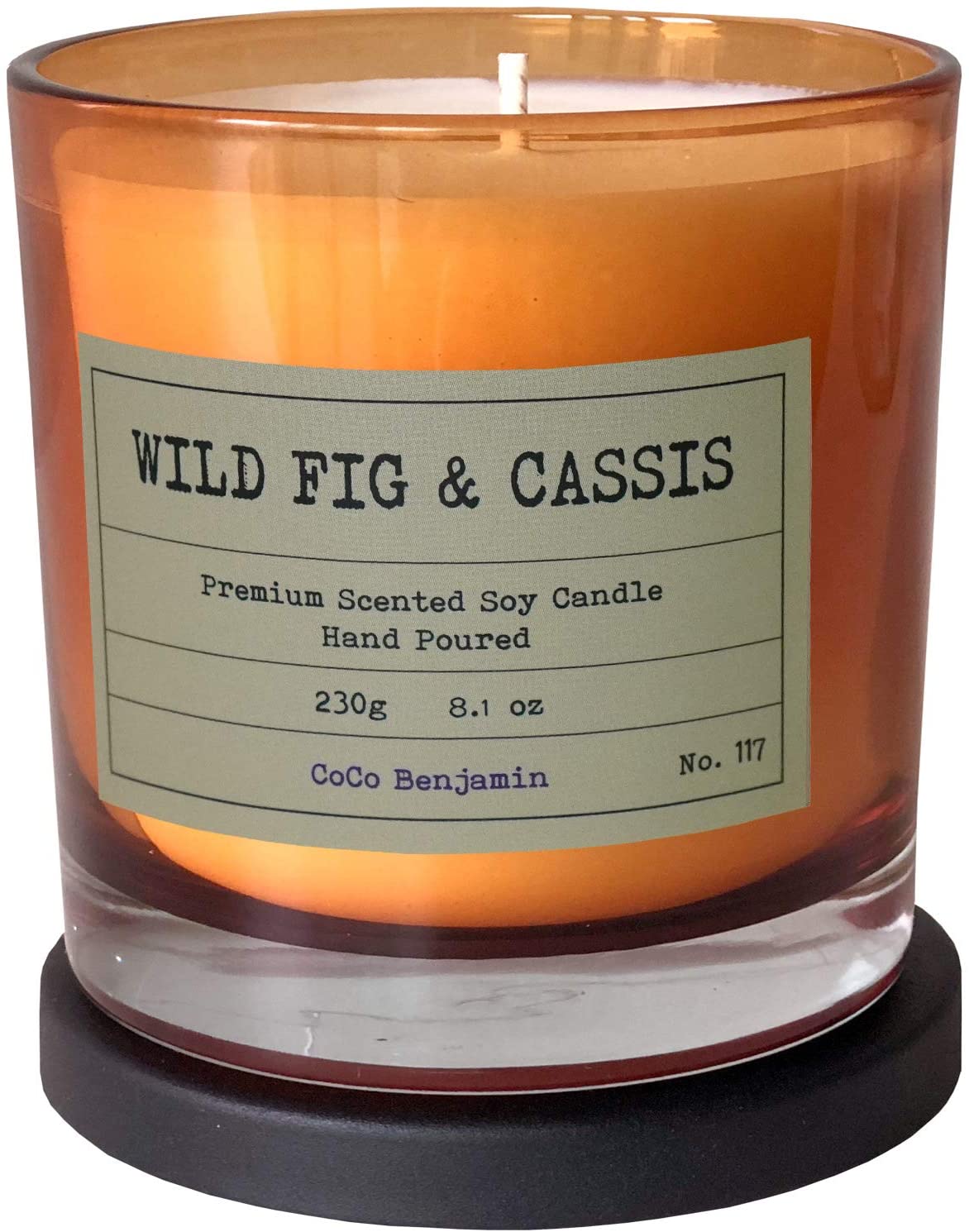 In addition to Wild Fig & Cassis, other CoCo Benjamin scents include Dark Amber & Water Lily and Apricot Peach Basil. Their 100% soy wax candles are handcrafted and hand-poured by their small team who pride themselves on their “meticulous craftsmanship, ethical production.” These candles retail for about $18.95. 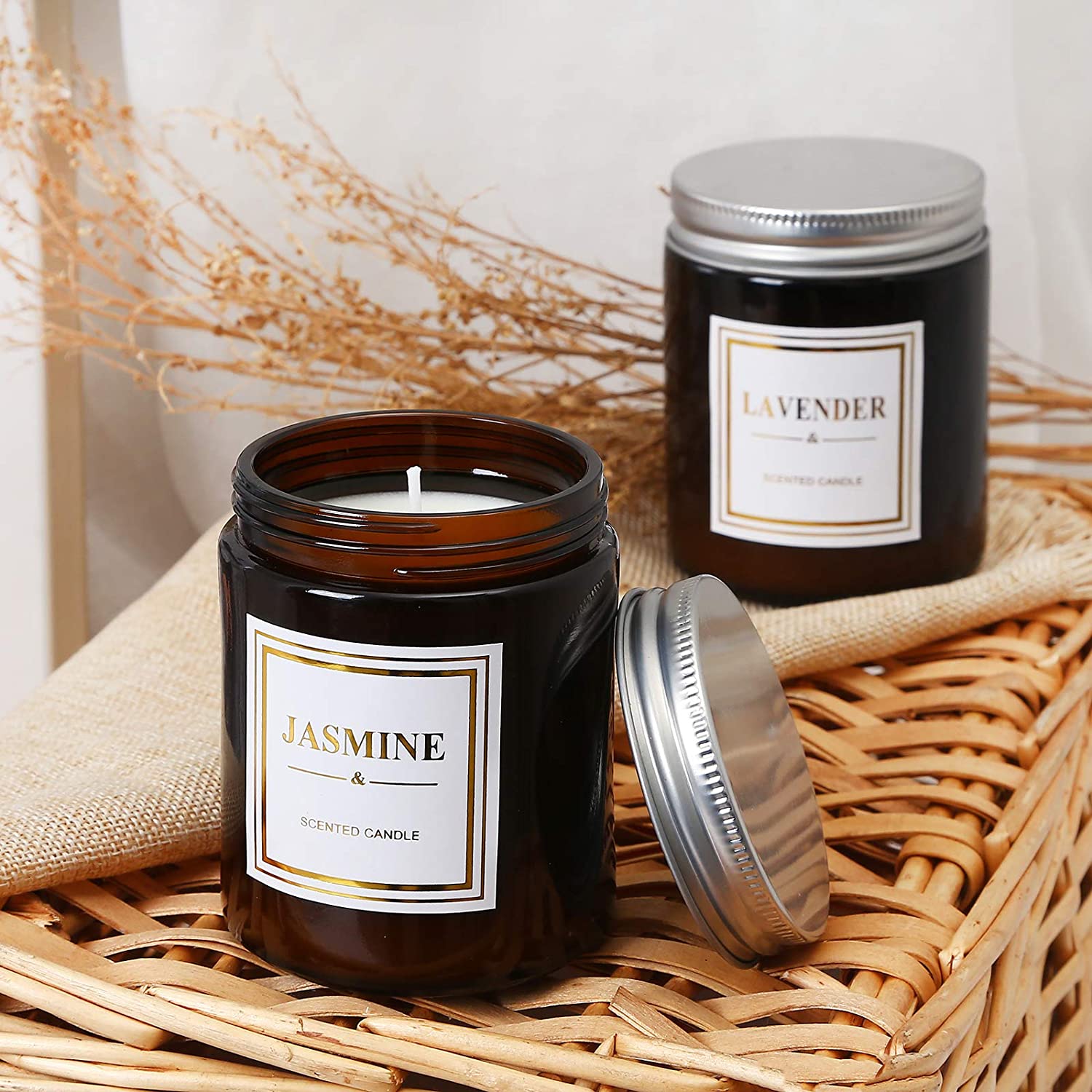 Ocodio candles are made from 100% soy wax and come in a jar perfect for reusing after the candle totally burns out. These candles retail for about $14.99. 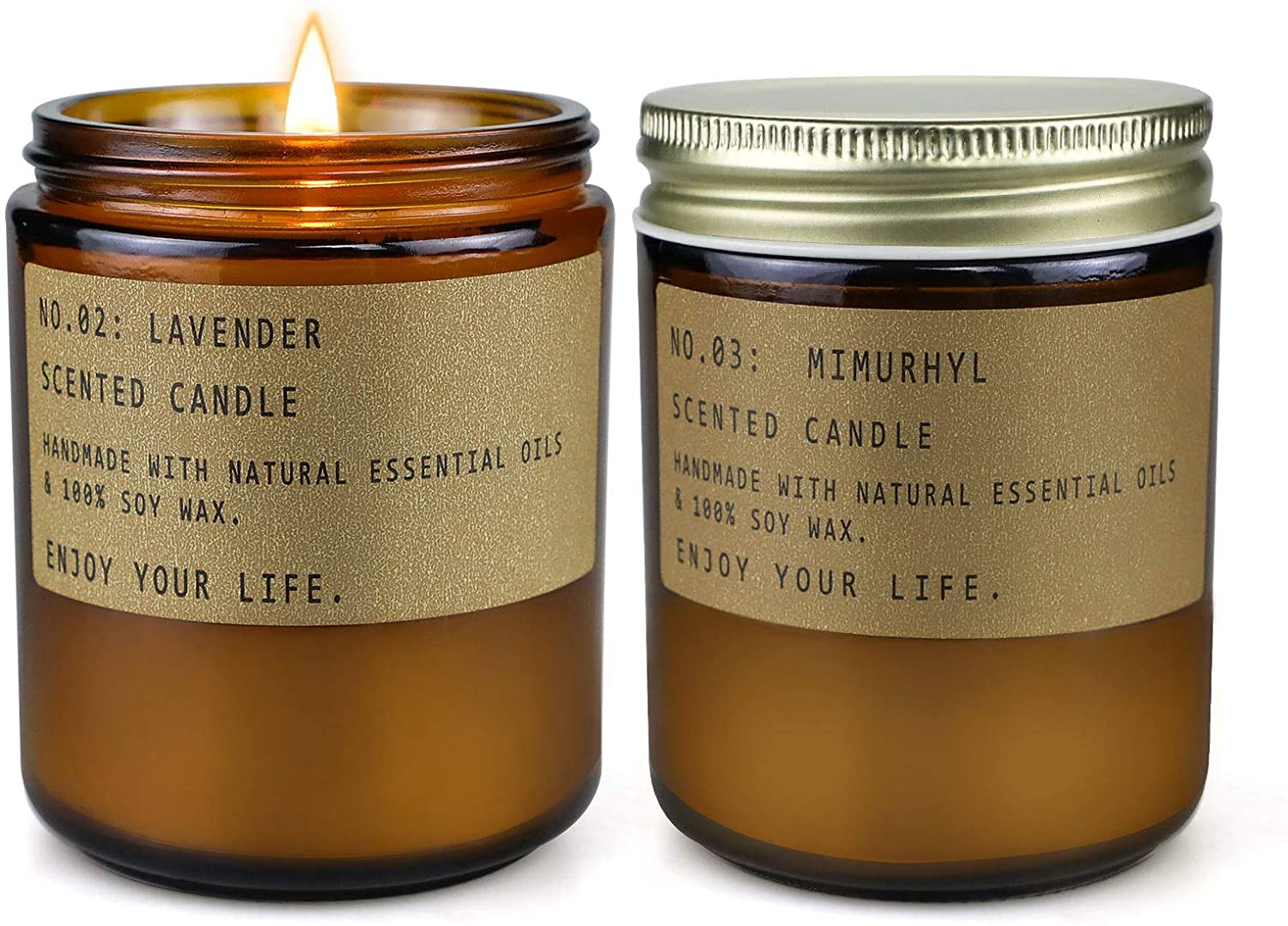 These Asoeosa candle duos come in other pairs such as Fresh Rose and Grapefruit. The candles are also made from 100% soy wax and burn for around 50 hours per candle. They retail for about $16.99.

If all of this candle discourse is too complicated, don’t worry  – there are plenty of other ways to make your home smell amazing! Check out our 9 Hacks to Make Your House Smell Great Without Any Dangerous Chemicals, which includes ideas like boiling cinnamon and creating your own room sprays!