Which of These Two Images of Sharks Should You Be More Afraid Of? 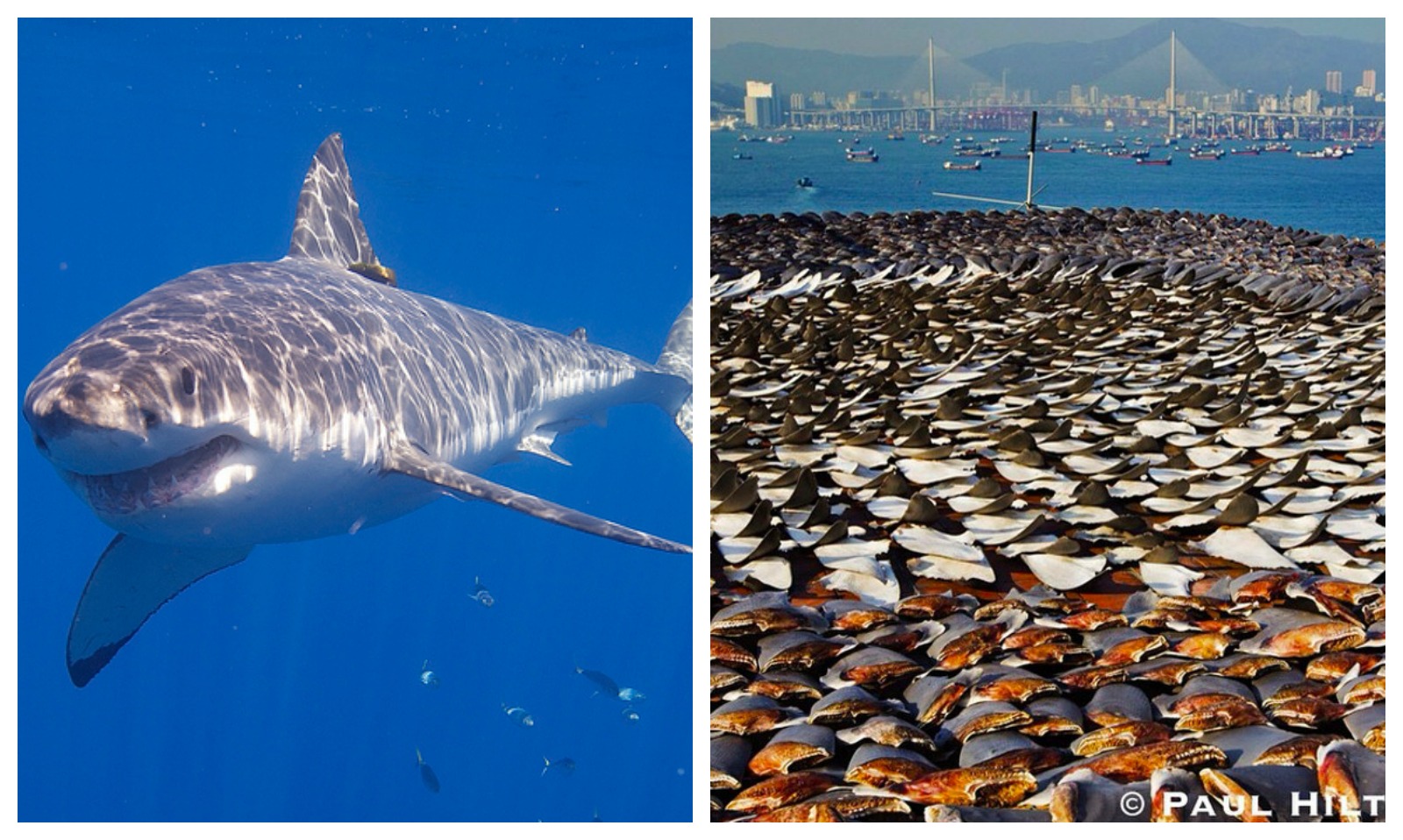 The popularity of movies that portray sharks in a negative light – such as “Jaws” and the “Sharknado” series – have led these animals to be associated with terror, violence, and uncontrolled brutality in the public imagination. Many people have a knee-jerk reaction of fear whenever the word “shark” is even mentioned in their presence. Increased human encroachment in sharks’ territory has meant that shark attack numbers are indeed on the rise in certain areas of the U.S. However, the reality is that sharks have much more reason to be afraid of humans than we are of them.

Our species kills approximately 100 million of these animals every year, through causes such as overfishing, oceanic pollution, and the shark fin trade. Some species of shark have witnessed a shocking 98 percent decline in numbers over the last fifteen years, while the Shark Foundation currently classifies over two hundred types of shark as endangered. Alarmingly, the Foundation says, “more than 100 out of 400 shark species are being commercially exploited (and) many of these shark species are so overexploited that even their long-term survival can no longer be guaranteed.”

If sharks are allowed to die out, this could have serious implications for the survival of our planet as a whole. These animals play a key role in the fight against climate change, by consuming smaller fish that feed on the ocean’s carbon-storing vegetation. In areas where shark numbers have drastically declined, their prey animals – such as skates and cownosed rays – have become overabundant, consuming much larger amounts of carbon-storing vegetation. When just one percent of that vegetation is lost, 460 million tons of carbon are released into the atmosphere – the equivalent of emissions created by 97 million cars!

Photojournalist and environmental activist Paul Hilton, who has long worked to raise awareness of critical conservation issues facing our planet today, has recently turned a spotlight to the impending problem of shark extinction – and two of his pictures, in particular, should give us a lot of food for thought.

Which picture is scarier? This one, which shows a group of sharks swimming about in their natural habitat? 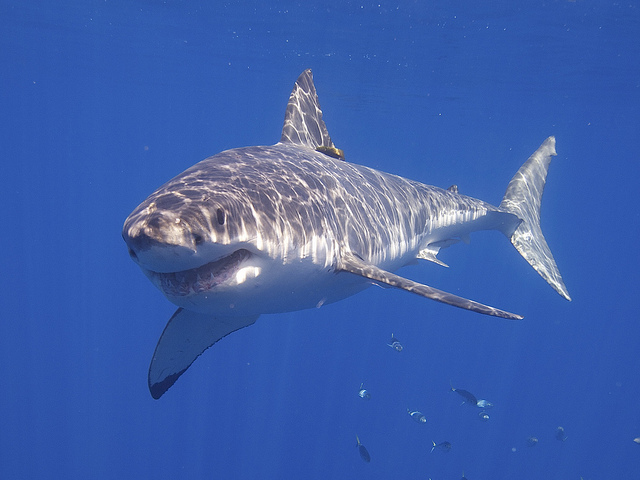 Or this one, which reveals what so many of these much-needed and extremely intelligent marine animals are sadly reduced to for the sake of shark fin soup? 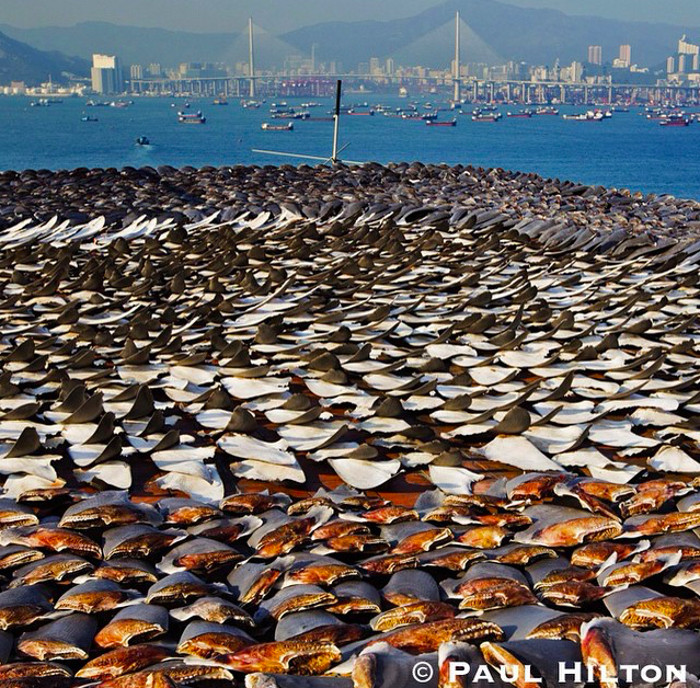 So, can sharks be saved? There are positive signs that things may be moving in the right direction. Shark fin soup has traditionally been regarded as a highly sought-after delicacy in China, but a number of recent social awareness campaigns in the country have drawn attention to the horrendous toll that the dish has taken on the world’s shark population. As a result, public perception is shifting. In 2014, it was reported that shark fin sales in the markets of Guangzhou – the center of China’s shark fin trade – had plummeted by 82 percent. Last year, UPS committed to ending its shipments of shark fins, joining companies such as Philippine Airlines and DHL. Despite increased pressure from concerned members of the public, however, FedEx has yet to make a similar commitment.

Another leading cause of unnecessary deaths for sharks is overfishing. While searching for fish such as tuna, cod, or swordfish, large-scale commercial trawlers commonly catch and kill large numbers of sharks and other marine animals. The oceanic conservation group Sea Shepherd has estimated that “50,000,000 sharks are caught unintentionally as bycatch by commercial tuna and swordfish fisheries using long lines, nets, purse seine, and gillnets.”  The good news is that we all have the power to end this unnecessary slaughter by simply leaving fish off our plates. It’s estimated that one person can save over 225 fish a year by not consuming seafood – if around 40 percent of those catches are made up of bycatch (non-targe species such as sharks, dolphins, and small whales), then by leaving fish off your plate you’re also saving sharks by association.

For more information on the threats faced by the world’s sharks, and how you can help them, check out some of the posts below: