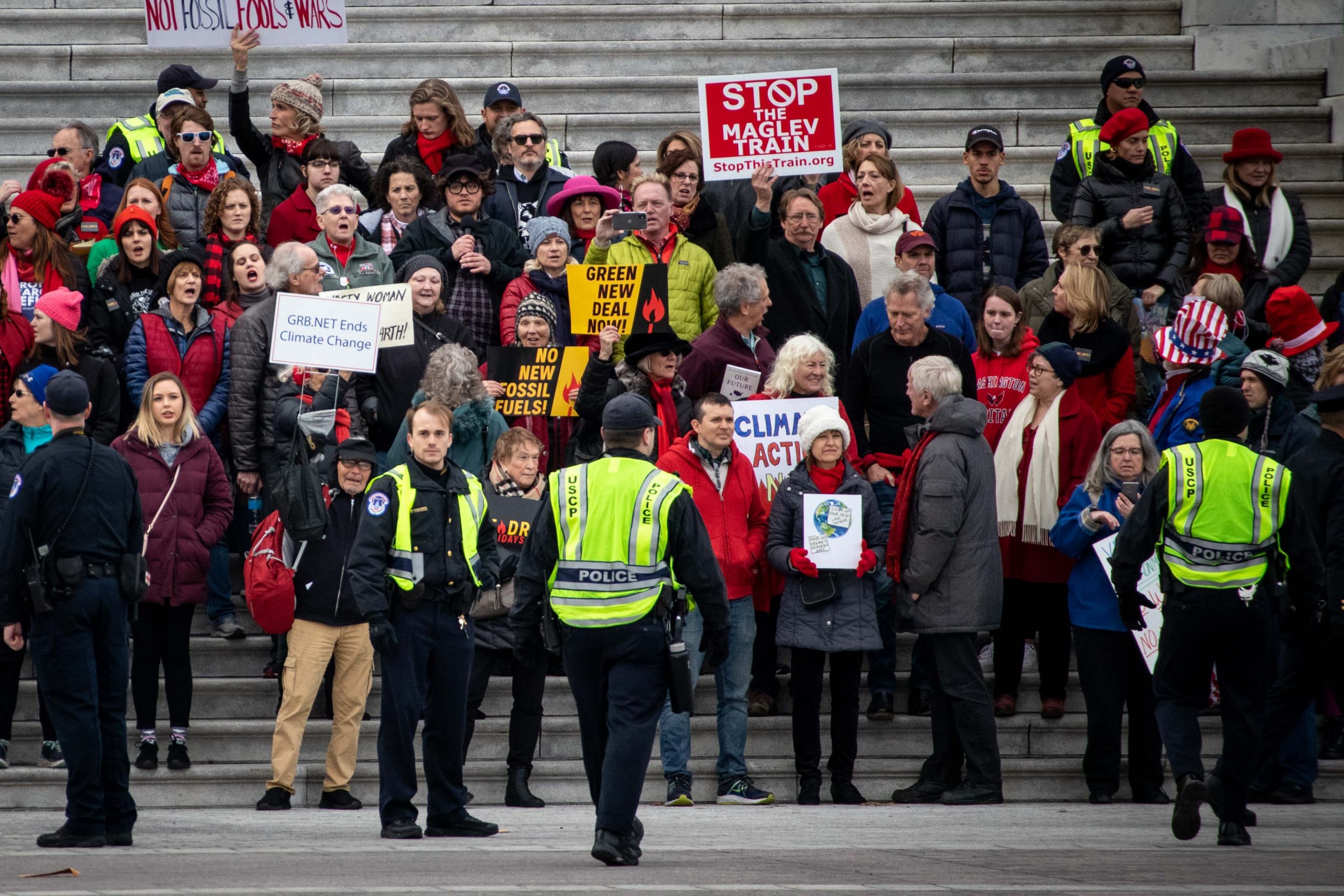 The limited arrests after a mob stormed the Capitol has angered many Americans. Climate activists spoke with the New York Times about their frustration with the double standard of how their peaceful protests are treated, versus the violent mob that caused the insurrection on January 6.

The Rev. Lennox Yearwood Jr., a minister, and community activist and leader of Hip Hop Caucus, a civil and human rights group, told the Times, “There’s two worlds,” he said. “And we’ve got to fix that.” Yearwood spoke about the double standard between those fighting for environmental justice and the Capitol mob. “Up until yesterday, I thought, ‘This is how it’s done. You stop business, you’re going to be arrested, you’re going to be treated this way,” he said.

Jane Fonda, the actress and activist that marched weekly between Fall 2019 and Winter 2020 as part of Fire Drill Fridays, to bring notice to climate change, was arrested five times during that stint. Actors including Sam Waterston and Martin Sheen were also arrested during the peaceful protests. 600 arrests were made during those protests.

In past climate protests, especially those against the Dakota Access Pipeline, police arrived in riot gear, sprayed tear gas at peaceful protesters, and made numerous arrests.

Many are also commenting on the huge difference in the police response towards the armed Capitol mob versus towards peaceful Black Lives Matter protestors.

Read more about the response to the mob storming the Capitol, including the numerous environmental groups that made statements.