More Than Just Trash: How Chemicals From Plastic Pollution Harm Us 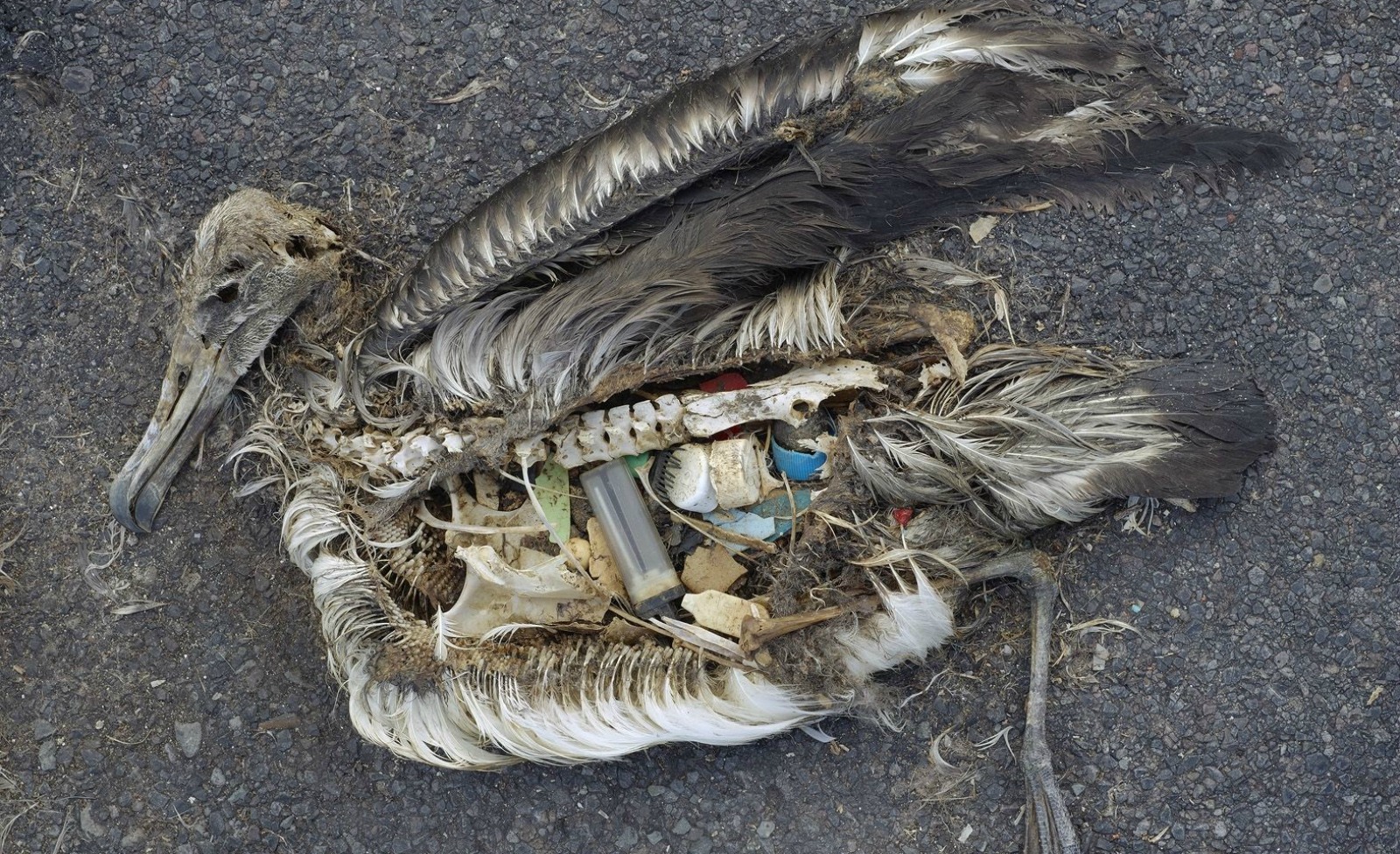 It’s no secret. We have severely polluted our oceans with plastic. Yes, we are all to blame. In fact, analysis of 17 global data sets by scientist show that all oceans, worldwide, are negatively impacted in some way by humans — no ocean has been spared the hand of man. How did this happen? It all (mostly) started on land and from mismanaged garbage.

Other factors to consider (this is where the “mostly” fits in) are cargo lost at sea “The Great Shoe Spill of 1990” (yes, that happened) and the “Lego Spill of 1997” (yes, that also happened), and catastrophic events (e.g., tsunamis and hurricanes). All of these events are actors in delivering land-based items to the sea – but by and large, the blame falls on us all.

Our collective trash accumulation is problematic for marine ecosystems, especially when it comes to plastic. Scientists estimate that there are more than 5 trillion pieces of plastic afloat in our oceans worldwide. It’s time to claim our independence from plastic and take responsibility for what enters our oceans.

Plastic is a durable and buoyant material. Because of these two physical characteristics, ocean currents and prevailing winds shuffle ocean plastic around the world with ease. A piece of plastic that originated from the coast of Holland can easily travel to the northernmost reaches of the Arctic.

In addition to the commonly known problems of plastic pollutants for wildlife (e.g., starvation, gut obstruction, entanglement), the sublethal issue of chemicals in these plastic pollutants in the marine environment lingers. The chemicals, known as persistent organic pollutants (POPs), are pervasive and effortlessly pass from animal to animal via different levels of a food web while increasing in concentration (bioamplification).

Even POPs such as DDEs and PCBs can be found in plastic floating around the world. DDEs are a broken-down version of the notorious pesticide dichlorodiphenyltrichloroethane (DDT) and polychlorinated biphenyls (PCBs) are well-known chemical pollutants used in paint and industrial lubricants. These chemicals have been banned for decades in many countries worldwide, including the U.S., and are linked to hormone disruption, infertility, and other serious ailments. So, how are these chemicals still floating around our oceans? Well. First, allow me to introduce you to the dirty dozen.

In the past aldrin, chlordane, DDT, dieldrin, endrin, heptachlor, and toxaphene were used as insecticides, now their production, import, and/or export are prohibited. PCBs, dioxins, and furans are all regulated under the Clean Air Act (CAA) as hazardous air pollutants and classified as priority toxic pollutants under the Clean Water Act (CWA). The dirty dozen aren’t the only perpetrators hitching rides from marine plastic; trace metals are also present.

As the prevailing winds blow and surface currents stir, marine plastic travels. It breaks down into smaller pieces from larger objects, but it never, ever disappears. Plastic in a marine environment just gets smaller and smaller until it becomes a microplastic. Through contact with other objects, contaminated water, and from being heated by the sun, chemical reactions take place. Chemical reactions that enable plastic to absorb and/or give off rogue chemicals. POPs and trace metals bond easily to plastic in a marine environment because 1. they do not break down in water and 2. they are attracted to floating plastic particles.

POPs and trace metals can cause liver damage, inhibit reproduction and even cause death in marine life. In an Australian study published in 2014, researchers found 17 different trace elements including lead, cadmium and mercury (not to discount the seriousness of the others) in the Flesh-footed Shearwaters they studied. Around 90 percent of the fledgling birds they studied contained plastic in their bodies, and one bird in particular contained 276 pieces of plastic accounting for over 14 percent of its total body mass.

In this same study, high levels of chromium were thought to be connected to poor body conditions and decreased survival. Although chromium occurs naturally, it has been shown to adhere to plastic and bioamplify to levels that can have neurotoxic effects. In this particular study, the levels of chromium in the body were related to the amount of plastic ingested by the bird. That’s important because it shows that plastic consumption is contributing to toxic effects in marine fauna via the transport of trace metals.

According to the Environmental Protection Agency (EPA), POPs can cause problems with reproductive, developmental, behavioral, neurologic, endocrine, and immunologic processes in humans. Exposure to POPs occurs through contaminated foods.

Many types of plastic that are used for packaging foods have been shown to release “unknown estrogenic compounds” and may also act as a vector for releasing endocrine-disrupting chemicals (EDCs) in a marine environment. Remember, the base for plastics are formed from chemicals that originate in distilled crude oil and plastic polymers are composed of tens of thousands of monomers (i.e., ethylene and propylene) that are chemically linked to one another, so it’s no wonder that chemicals leached from, and are absorbed by, plastic — it’s an excellent vehicle to catch a ride on if you’re a POP!

Environmental levels of PCBs are shown to track with a reduced level of thyroid hormones in pregnant women. PCBs have also been involved in reproductive failure in several species of seals, have been linked to skull deformations and bone lesions, and improper immune function in Baltic gray seals; poor immune function, and modified thyroid hormone function in harbor seals; abnormal tissue growth and malignancies that have caused death in California sea lions.

POPs can enter at a low level (known as a trophic level) in a food web. For instance, a fish that eats a lower trophic level animal-like zooplankton contaminated by a POP will accumulate more concentrated levels of that POP in its body through bioamplification. You could even start at the fish-level of the food chain and say that a fish might have mistaken microplastic for zooplankton. Go another level up the food web to a bird, that eats the fish, that ate the mircoplastic, or zooplankton – and soon you’ll end up with a “This is the house that Jack Built” scenario with POP concentrations amplifying through each increased trophic level. These high concentrations of POPs (and trace metals) can wreak havoc on and indirectly kill marine fauna, and plastic is the source of the problem.

Just Say NO to Plastic

Our relationship with plastic, while complicated, has gotten out of hand, and we haven’t always been a throwaway society. It’s time to stop and take a different approach because the best way to stop plastic entering the ocean is to stop it at its source — you and me.

Avoid buying cheap, single-use items and choose quality of quantity whenever humanly possible. There are benefits to giving up plastic, like eating healthier and supporting local farms. Saying NO to plastic! It’s so simple, here are five ways to start:

Reuse plastic products as much as you can. Get more mileage out of plastic cups, utensils, and containers. Use a reusable water bottle, glass and stainless steel bottles are available. They also make great gifts!

Reduce your plastic use. Make simple lifestyle changes such as using a reusable grocery bag, purchasing glass instead of plastic, and only supporting companies that use minimal packaging.

5. Just say NO to plastic

Need some inspiration? This is an inspiring account of a woman who lived virtually plastic-free for two years, it’ll put a smile on your face.