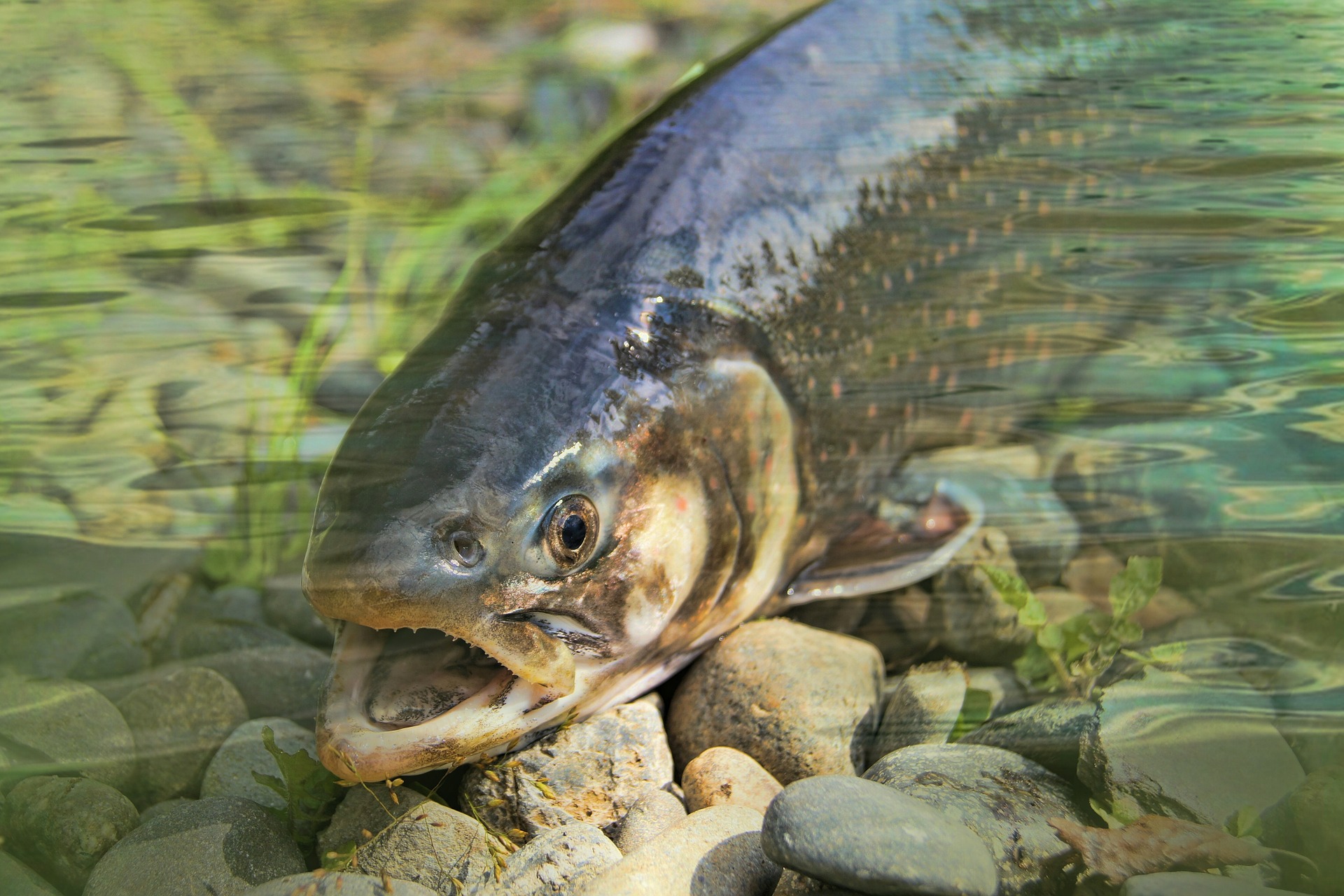 According to the Guardian, salmon were recently found swimming in the Columbia River, with irritated red lesions and white fungus all over their bodies after the Pacific north-west’s record-breaking heatwave. It was a disturbing sight for conservationists.

The video, filmed by the non-profit organization Columbia Riverkeeper shows sockeye salmon swimming in the recently affected river. You can see fungus and sores all over their body – there is no denying that they are dying.

The video was recorded after the heatwave that brought the waters up to 70°F (21°C) which is a “lethal temperature” for anadromous fish like Salmon. To put the temperature in perspective, the Clean Act “prohibits” the Columbia river from going over 68°F (20°C.) Brett VandenHeuvel, the executive director of Columbia Riverkeeper, said it would be like trying to run a marathon in 100°F (38°C.) It’s nearly impossible.

The sick salmon in the video will not spawn. Instead, they will die from disease and heat stress.

While the heatwave in the pacific north-west and Canada has killed over 1 billion marine life and hundreds of people, it is not the only factory to blame. Dams restrict water flow and thereby increase aquatic temperatures.

Although it’s too early to tell how many salmon the heatwave has killed, the Columbia and Lower Snacks rivers are home to tens of thousands of these fish, and waters are expected to get even hotter in the next two months.

“It’s heartbreaking to watch animals dying unnaturally,” VandenHeuvel said. “And worse, thinking about the cause of it. This is a human-caused problem, and it really makes me think about the future.”