The Future of Meat Without Animals Is Not Only Possible, It’s Here 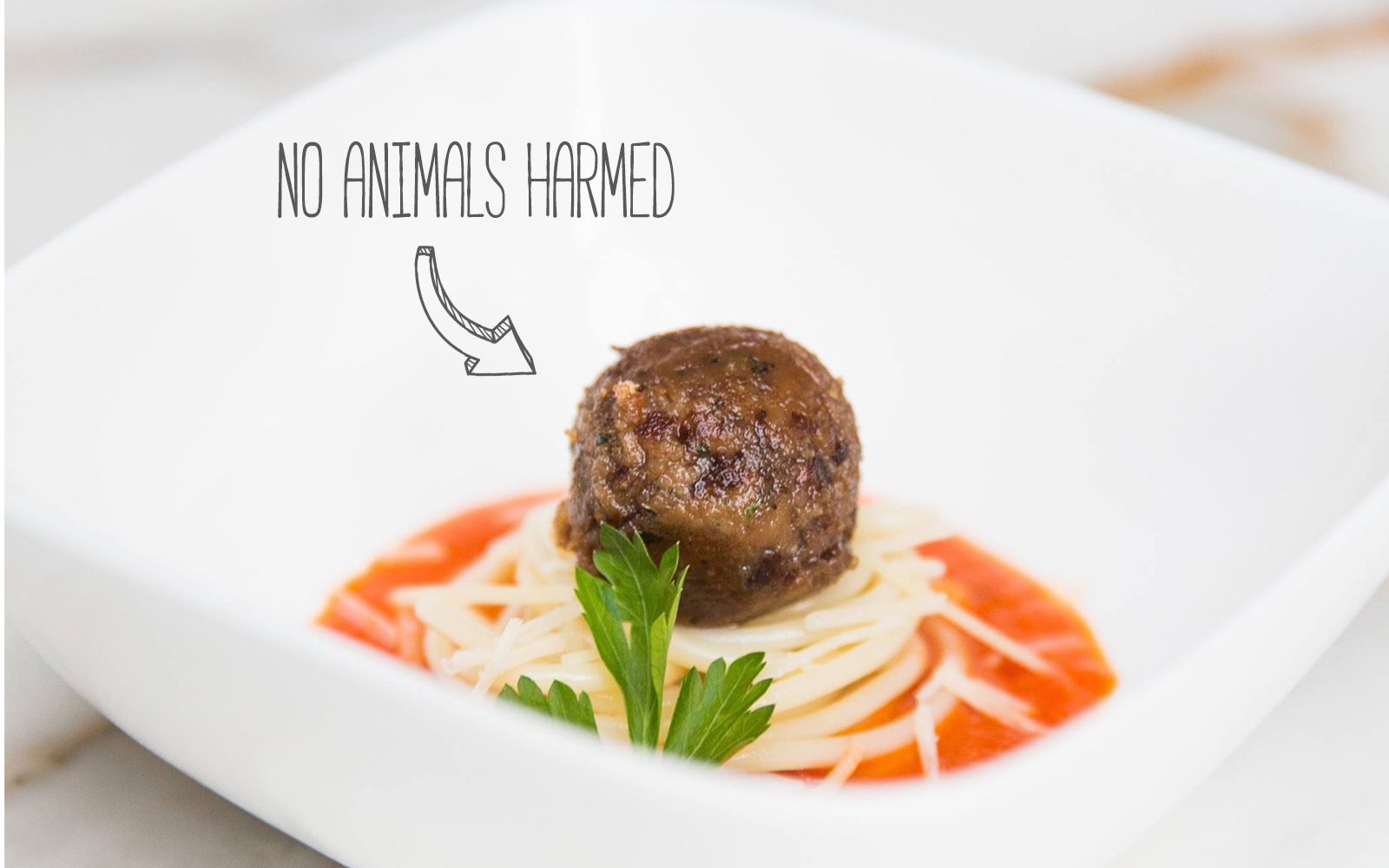 Logic would have it that industrialized animal agriculture was created to produce the most food for the most amount of people. It seems pretty simple, if you want to feed a lot of people meat and dairy, you have to be able to produce an enormous amount of these products to keep up with demand. How do you do that? Maximize the number of animals on a farm and turn it into a factory, where animals are pumped with feed and antibiotics, at a low cost, as quickly as possible to make them gain enough weight to go to slaughter in the least time possible. All of this sounds like a great idea until you stop and think about the gross inefficiencies in this industry.

As of right now, over 50 percent of the world’s arable land is devoted to either growing livestock feed or grazing animals and we’re using a majority of the world’s freshwater stores just to produce meat and dairy. Couple this with the rampant air and water pollution that comes with raising billions of animals and it seems extremely clear that if efficiency is the goal with this system – we are seriously failing. And the real proof is in the pudding, as they say, nearly one billion people suffer from hunger across the globe – and as the population continues to mount to 9.7 billion by 2050, industrial animal agriculture will not be able to feed the world – but rather, is hindering our ability to do so.

But of course, we’ve been raised in a society where meat and dairy are the normal and the average person in the U.S. consumes double the amount of protein they need, most of which comes from animal sources, and this is a growing trend across developing nations, so how can we wean ourselves off of animal protein and onto something better?

Well, in a recent interview with Nil Zacharias (co-founder of One Green Planet) on the #EatForThePlanet podcast, Bruce Friedrich, the Executive Director of the Good Food Institute (GFI) and founding partner of New Crop Capital, explains that the future of meat without animals is not only possible, it’s here.

GFI’s primary goal is to foster food technologies that can make industrial animal agriculture obsolete, and Bruce is working to empower scientists and innovators to transform industrial animal agriculture from the inside out. To achieve this, the organization is helping to fund research in both the plant-based protein field as well as lab-grown (cultured) meat, both of which can be created without causing any harm to animals while also creating a minimal environmental impact.

In the episode, Bruce dives deeper into the research that is being done in the food tech space to make clean meat possible and discusses the specifics related to how companies, like Beyond Meat and Impossible Foods, and scientists are creating plant-based proteins that can perfectly mimic meat. He also gives his thoughts on Impossible Foods’ CEO and Founder, Patrick Brown’s comment that “clean meat” is “one of the stupidest ideas ever expressed,” and helps to separate hype from reality in the space.

Companies like Memphis Meats have already succeeded at producing a lab-cultured meatball and chicken nugget. Most recently, vegan mayo company Hampton Creek has gotten into the clean meat space as well, promising to get lab-produced meat or seafood onto the market as early as next year – which could mean a major change for the industry overall.

“The science has been demonstrated,” Bruce explained in a statement about the Hampton Creek news. “We just need to scale up production to bring down prices to make this product commercially viable for the mass market. The entry of a billion-dollar company into the clean meat market sector is a vote of confidence in the technology, and we hope that Hampton Creek will be the first of many major food companies to dive into this incredibly promising field.”

With this in mind, Bruce breaks down the hurdles that lay ahead for companies that are working to scale up cultured meat alternatives and outlines who the major players are and what to look out for in the near future … and lastly, how soon can we expect an animal-free meat industry? 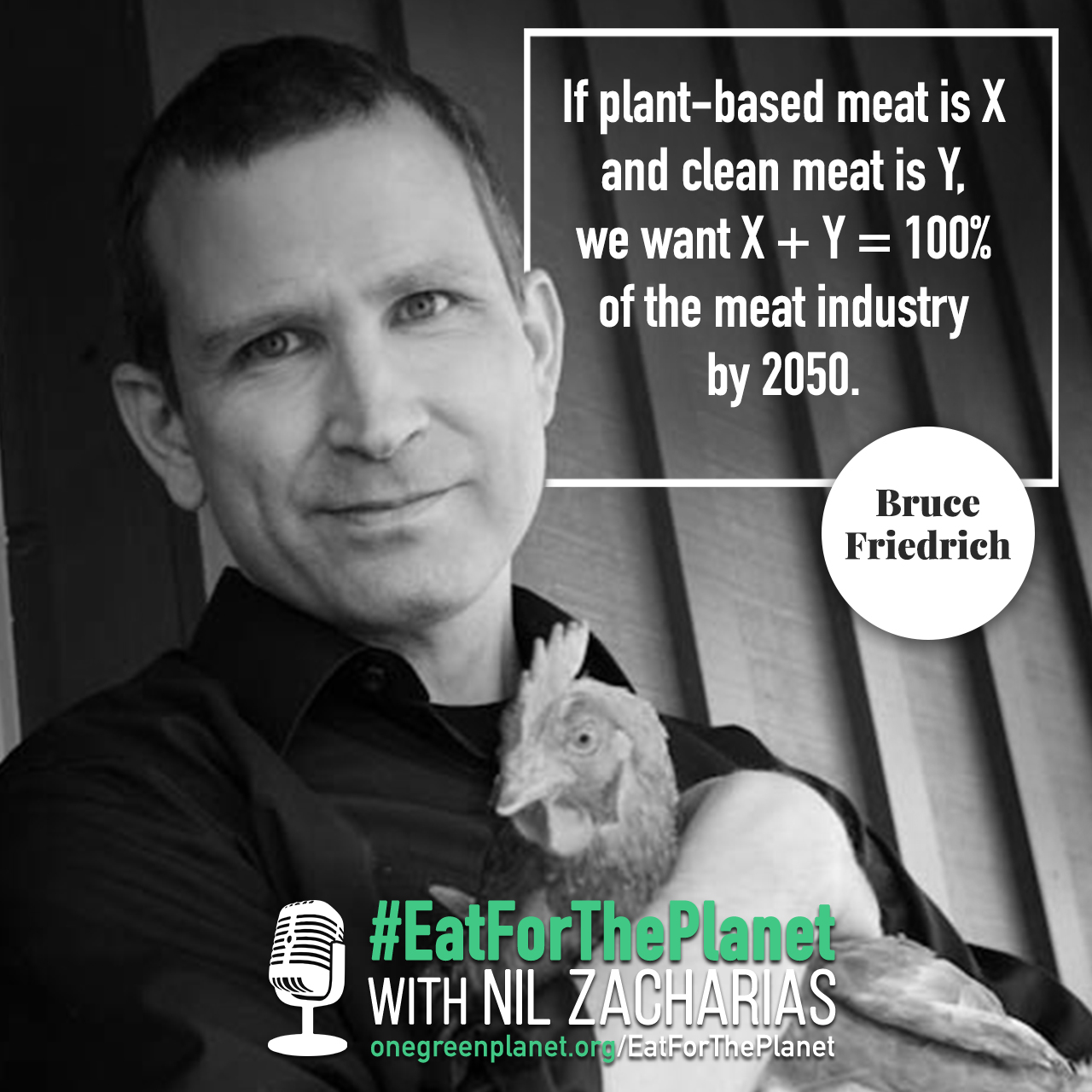