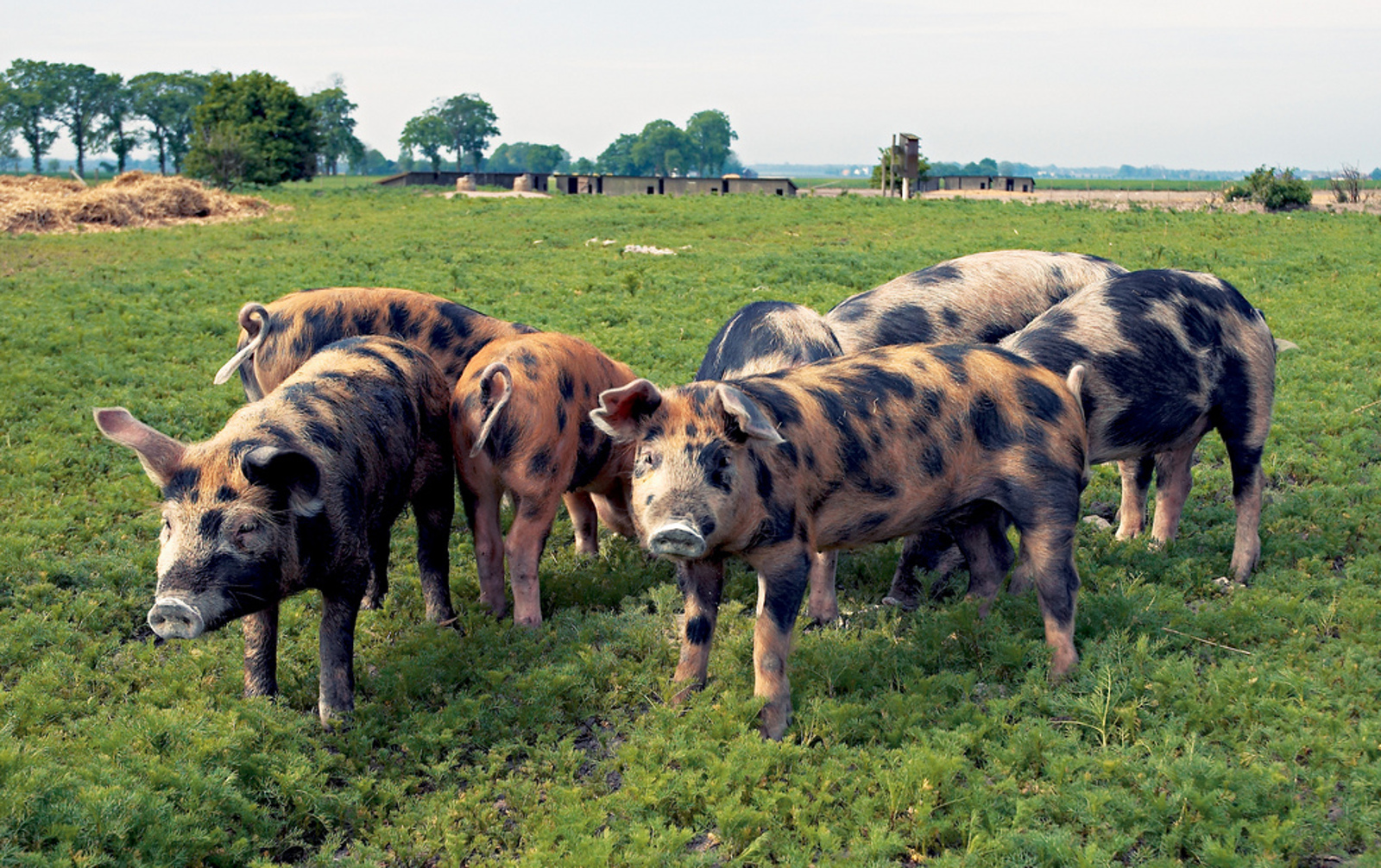 The issue of sustainable meat has gained quite a lot of attention in the past few years. As we learn more about the negative environmental impact caused by livestock production, consumers are becoming more interested in purchasing “sustainable” meat, dairy and eggs.

There is no question that factory farming is the worst of the worst when it comes to how animals are raised and negative environmental impact. These animals are also raised in extremely crowded and filthy conditions. Factory farms spew waste into giant lagoons that often leak and pollute waterways, not to mention the air pollution this causes. However, raising animals by the thousand in feedlots is considered “efficient.” Getting livestock to reach market weight in a short amount of time also requires a ton of feed, which translates into the need for land and water resources, further compounding the environmental impact of livestock production. The United Nations Food and Agriculture Organization (FAO) estimates that livestock production is responsible for 14.5 percent of global greenhouse gas emissions, while other organizations like the Worldwatch Institute have estimated it could be as much as 51 percent.

So when a company claims to produce “sustainable” meat, the implication is that this meat requires less natural resources and emits fewer greenhouse gases into the atmosphere. The label “humanely raised” is also often found in association with sustainable meat. In order to achieve both a humane and sustainable merit, the animals must be raised in wide open pastures and farming operations are generally smaller and do not pack thousands of animals in feedlots.

This form of livestock production is understandably the preference for consumers … but can small-scale, humane and sustainable farms meet current demands for meat, dairy and eggs?

As the recent halt in Chipotle’s pork supply shows us, the answer is no. Chipotle prides itself on making quality fast food that takes animal welfare and environmental impact into consideration when choosing their meat suppliers. While this is an incredibly noble goal, small, local farms that produce animals in the most sustainable way possible, simply do not have the capability to supply huge orders needed for businesses like fast food chains. Of the 100 million pigs that are raised for pork in the U.S. only a few hundred thousand are raised in small-scale – often dubbed “humane” – venues. Niman Ranch, one of Chipotle’s main pork suppliers can only supply the fast food chain with about 3,000 hogs a week. In comparison, around 400,000 hogs are slaughtered a day using conventional factory farming methods – meaning there is virtually an endless supply of pork.

Another fast food chain who is hoping to adopt the sustainable meat label is McDonalds. On any given day, McDonalds can produce 75 hamburgers per second. While the beef might not be sustainably raised, this fast pace of production is able to sustain the chain’s high profitability. Even if McDonald’s were to transition away from factory farms and supply their chains with beef from small scale farms, the number of cows they need to produce 75 burgers every second remains the same. The only way to reach this enormous goal is to industrialize cattle production. Cows raised on factory farm feedlots are able to reach market weight in three to six months (cattle are usually around 12-18 months old when they enter feedlots). Pasture-fed cattle (the more “sustainable” option) require several years of foraging to reach similar weights.

According to the National Cattleman’s Association only around five percent of factory farming operations in the U.S. house more than 1,000 cattle, but the five percent that do supply 80 percent of the country’s beef.

To produce animals in a way that effectively uses land resources and creates limited amount of pollution means production needs to slow down. Small-scale farms can only supply a small portion of the demands for meat, eggs and dairy we have in the U.S. While working to create more sustainable methods of meat production is important, the reality is that if we want sustainable, we have to be content with less. For a big time fast food restaurant like Chipotle or McDonalds, that means selling less meat.

So what we’re left with is a crossroad between economic sustainability and environmental sustainability. From what we’ve seen so far, you can’t have both.