A Look Into the Amazing Woman – and Dog – Who Launched a Movement for Pit Bulls Across the U.S. 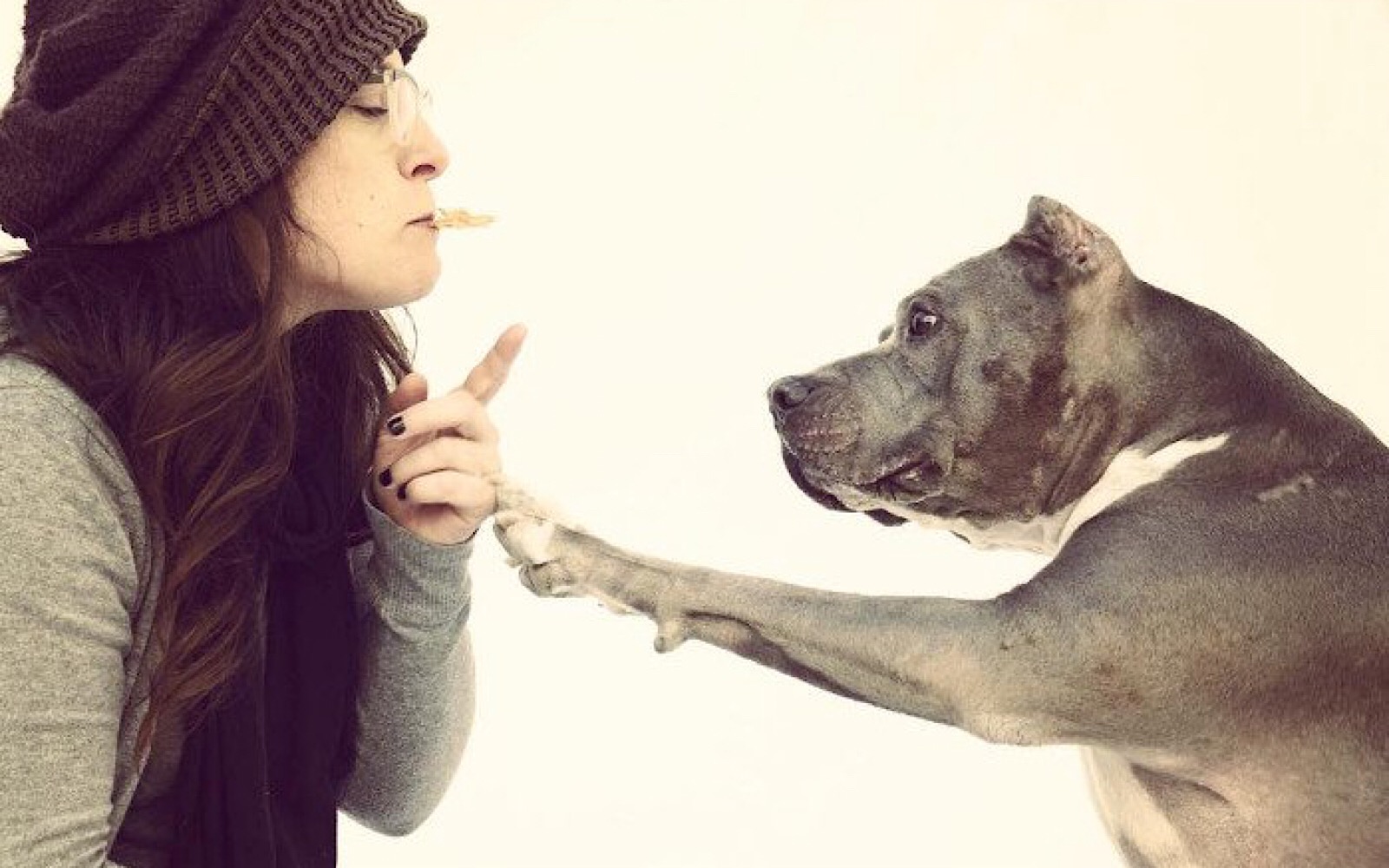 Anyone who has ever loved a dog will know just how much joy, fun, and enthusiasm these animals can bring into our lives. Their hilarious antics and peculiar way of looking at the world capture our hearts and fill us with laughter, and when they leave this world, the love they have given remains with us forever. Sadly, there are many dogs who will never get the chance to share their love with a human friend, thanks to the worldwide pet homelessness crisis.

There are an estimated 70 million homeless cats and dogs living in the U.S. Six to eight million animals enter the U.S. shelter system each year, mostly after being surrendered by their families or picked up on the streets by animal control authorities. Once the animals enter the shelter system, many of them sadly struggle to be successfully rehomed. Certain types of dog are more commonly overlooked in shelters than others – particularly elderly, ill, or black dogs. Pit Bulls are another type of dog who must frequently be put down in shelters, due to a lack of interest from potential adopters.

Dog breeds who fall into the Pit Bull category include the American Pit Bull Terrier, the American Staffordshire Terrier, the Blue Blood Bulldog, and the Dogo Argentino. In recent years, many sensational news stories have circulated about these animals being “aggressive” or “dangerous.” Sadly, they are often utilized by abusive dog fighting rings because of their strong appearance, which feeds into this myth of aggressiveness. The truth is that Pit Bulls simply need to be raised with love and care, and appropriately socialized from a young age – just like any other dog. In fact, Pit Bulls used to be known as “nanny dogs” many years ago, because of their great loyalty and tenderness toward their guardians.

One woman who is trying to shift the public’s negative perception of Pit Bulls is Rebecca Corry. 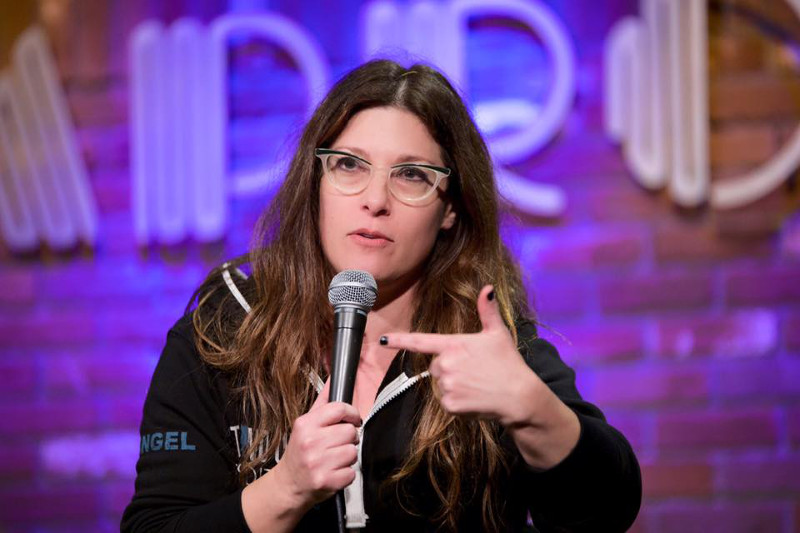 Rebecca Corry is an actress, comedian, and writer who was inspired to help Pit Bulls after taking in a rescued Pit Bull pup named Angel, who had suffered years of abuse prior to her rescue, and had even had her ears cut off. Corry noticed that people would react negatively to Angel – based solely on her breed – and she was soon determined to change that. “People (ran) across the street to get away from us, people (asked) me, ‘are you afraid of her?’ It was a combination of being exposed to the breed and being directly affected by the ignorance, and I realized that doing nothing was not an option,” she said.

Corry’s love for her new friend inspired her to establish the Stand Up For Pits (SUFP) Foundation. 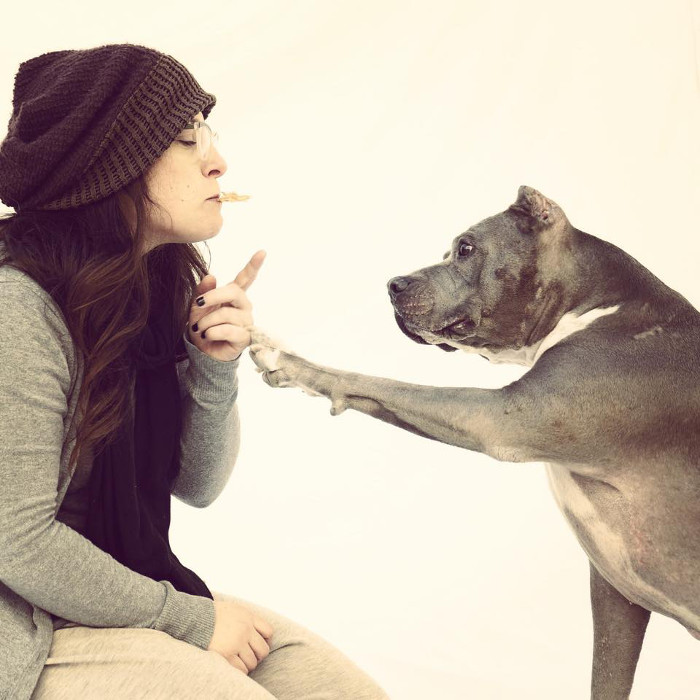 SUFP’s work involves raising public awareness around issues such as dog fighting, animal abuse, and the plight of Pit Bulls in shelters. The organization also provides grants to rescue groups who take in injured, abandoned, or neglected Pit Bulls, with the aim of giving them the forever homes they so richly deserve. The cornerstone of the foundation’s work is its regular events schedule, which can include anything from comedy gigs to silent auctions, as well as “Pibble adoption events” that have helped many rescued dogs to find loving homes. (The word “pibble” is an abbreviated form of “Pit Bull,” and is used as an affectionate nickname by many proud Pit Bull guardians.) SUFP events have been running for over six years, and they have attracted past performers such as Adam Sandler, Kaley Cuoco, Rosie O’Donnell, and David Spade.

In 2014, Corry led the first-ever One Million Pibble March on Washington, which aimed to end Breed Specific Legislation (BSL) at a federal level. This type of legislation, which can still be found in many states and provinces throughout the U.S., attempts to penalize the guardianship of Pit Bull type dogs, and discourage their adoption. It has led to dogs being driven out of their loving homes … even in cases where they have just saved their humans’ lives! BSL has been condemned by legal and animal protection groups such as the American Society for the Prevention of Cruelty to Animals (ASPCA), the American Veterinary Medical Association (AVMA), the Center for Disease Control and Prevention, and the American Bar Association. BSL is regarded by these groups and others as problematic for civil liberties and costly to enforce. There is also scant evidence that BSL does anything to improve public safety.

The organization’s guiding principles are outlined clearly in their powerful statement on what they believe: “We believe Pit Bull ‘type’ dogs are born inherently good like any other dog. We believe humans should be held accountable for negligent and abusive behavior. We believe the media should be held accountable for over three decades of perpetuating myths untruths and hate speech toward Pit Bull type dogs. We believe discrimination and abuse is intolerable and goes against everything our country was built on.”

The organization that she founded is a fitting tribute to Angel’s life, helping countless Pit Bulls to break free from the stigmas that we humans have placed upon them. 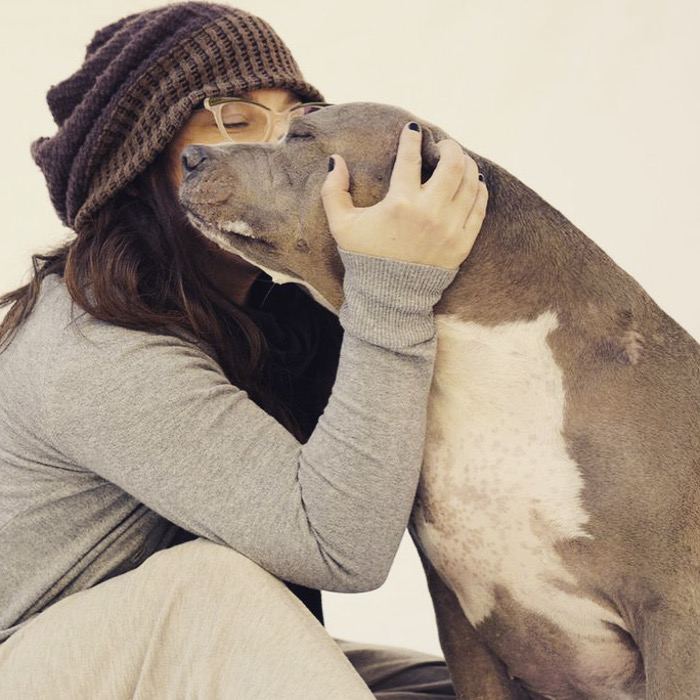 To find out more about the Stand Up For Pits Foundation, check out their website or Facebook page. For more information on Rebecca Corry, go to her website. To learn more about the truth behind Pit Bull stigmas, read the articles below:

And for proof that these dogs really can be the cuddliest, goofiest, most caring creatures you are likely to meet, check out these adorable pictures of pitties who just want give love and be loved in return!