Why Shaming People Into Doing Something ‘Good’ Doesn’t Work 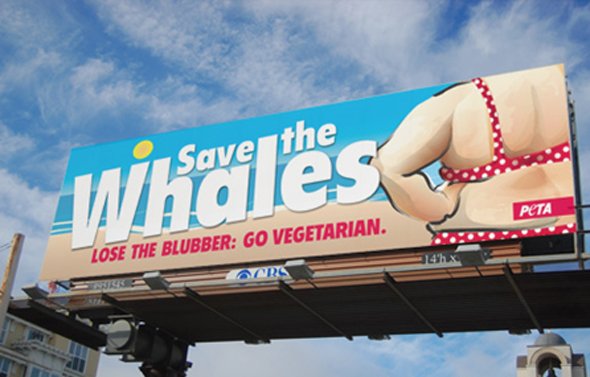 Have you ever seen someone try to teach their dog not to go to the bathroom in the house by literally shoving their face in it? It’s not nice to watch, and it doesn’t teach the dog anything about what they have done wrong, it just shames them.

Shame is a painful emotion caused by consciousness of guilt, so why do people use it as a motivator to try and get a positive response? Social cause organizations are just as guilty of shaming people as some misguided dog caretakers. When we feel pain, we draw back from what has caused it. If you’re trying to raise awareness about an issue, you want people to be engaged in the cause, not withdrawn.

One organization in particular is notoriously known for trying to shame people into doing good. Recently, People for the Ethical Treatment of Animals (PETA) has been criticized for their women-shaming “Plan V” advertisement – a response to news that a woman’s weight changes the effectiveness of a specific emergency contraceptive. The campaign has been cited as, “oversimplifying the weight loss and perhaps even unintentionally adding stigma to the issue” by ABC News, “Fat-shaming” by the Huffington Post, and a “ridiculous new birth control stunt” by Salon.

Researchers explained to Mother Jones that “the risk of pregnancy in women using levonorgestrel pills increased significantly if a woman had a body mass index of 30 or higher — which the US Centers for Disease Control considers obese … but they also found that their products’ failure correlated even more strongly with weight, regardless of a woman’s height.”

In essence, weight – not health – affects the potency of the contraceptive. In a press release PETA stated, “If extra pounds are thwarting a woman’s ability to use Plan B, PETA’s ‘Plan V’ could be the prescription they need,’ says PETA Executive Vice President (and mother) Tracy Reiman. ‘Going vegan is a great way to lose weight and get healthy — and it could help women regain control over their reproductive lives.”

This is a prime example of trying to shame someone into doing something good. Is a vegan diet healthy? Certainly, but trying to make someone feel bad about their body in order to change their diet isn’t going to work. In addition, using the argument that it will help them “regain control over their reproductive lives” is baseless because women have many methods of birth control to choose from, thankfully. As we’ve seen in countless articles on the topic, this tactic only serves to make people angry at the organization who suggested the idea and will not change people’s mind about a plant-based diet.

Last year, Physicians Committee for Responsible Medicine (PCRM) created a commercial and campaign directed at American Airlines asking them to allow passengers to pay a $10 surcharge to reserve the seat next to them for a person following a vegan diet. They argued that because many airlines already ask some obese passengers to pay for a second seat, people should have the option to not sit next to an obese person.

In this advertisement, not only is it the vegan that ends up sitting next to the man on the plane slim, but she is also an attractive blonde woman. Is this advertisement really educating people about obesity? Or is it just making people feel bad about themselves and creating another layer of issues related to gender representation?

Other organizations have also tried shaming people as a tactic for positive change. That just sounds backwards, doesn’t it?

Two years ago, a British university experimented with shaming college students about their recycling habits to see if it influenced them to recycle more or less. Treehugger.com explained, “Four student households in the Newcastle residence halls … agreed to have sensor-triggered camera phones, or ‘BinCams,’ attached to the lids of their trash cans. The cameras takes a picture each time the bin is closed and upload a photograph of its contents to Facebook, where fellow students can play trash monitor … ‘If there is anything in [the trash] that could be recycled, they will lose points and slide down the league table of participants. Worse still, they could be shamed by their friends.”

This experiment is a little less direct in the way that it shames participants, and the argument could be made that it’s not shaming at all – just drawing attention to what goes in the trash – but its invasive nature is a more extreme method of encouraging recycling. Financial incentives and more facilities, specifically for college students, would be a positive way to encourage recycling and build up an understanding of why it’s important, rather than turning it into a shame game.

Now, what about when the campaign involves the use of children to shame adults? In April of this year, UNICEF Sweden created a video campaign with a young boy set in an impoverished house, his brother on a mat on the floor behind him. He’s worried he’ll get sick, “like my mom got sick, but … I think everything will be alright. Today UNICEF Sweden has 177,000 likes on Facebook. Maybe they will reach 200,000 by summer.”

It’s a powerful video, but will it compel people to donate?  UNICEF Sweden Director of Communications Petra Hallebrant explained to The Atlantic, “We like likes, and social media could be a good first step to get involved, but it cannot stop there … Likes don’t save children’s lives. We need money to buy vaccines for instance.”

Hallebrant has a point, but the gut reaction to this video is shame – not empowerment, which would drive people to help by donating. Some people can’t donate money, so they choose to share information with others on social media channels. This shouldn’t be condemned, it serves to build a relationship with a nonprofit and the community that surrounds around it.

In fact, a 2,000-person study by Georgetown University Center for Social Impact Communication called “Dynamics of Cause Engagement,” found that social promoters (those who share causes on social media) were just as likely as non-social-promoters to give money and three times as likely to solicit donations on behalf of their cause. So perhaps UNICEF should have taken into consideration how fundraising has evolved through the use of social media, and that it’s not necessarily a bad thing.

So, is using children to shame adults more effective? This video from Greenpeace also features a young boy, who in this case is speaking angrily about climate change and how adults need to take responsibility for the damage they have done to the world. Is his plea for help any better than UNICEF’s shaming?

Shaming is a shock tactic that doesn’t serve to advance social causes. Just like people going naked in protest, it’s attention grabbing, but not necessarily for all the right reasons.  Certainly the world of social justice campaigning can’t just be full of quick fixes for hard solutions, but the majority of people seem to understand that. It’s more likely that we can feel as though we are drowning in a sea of the world’s problems, and in turn, want to do good and help nonprofits do good. We need to create social justice movements that inspire people to take action, that give people a sense of pride for doing their part. So don’t shame us, please, because we’re trying to make a difference, just like you.