Why Is Eating Cheese Cruel to Cows? 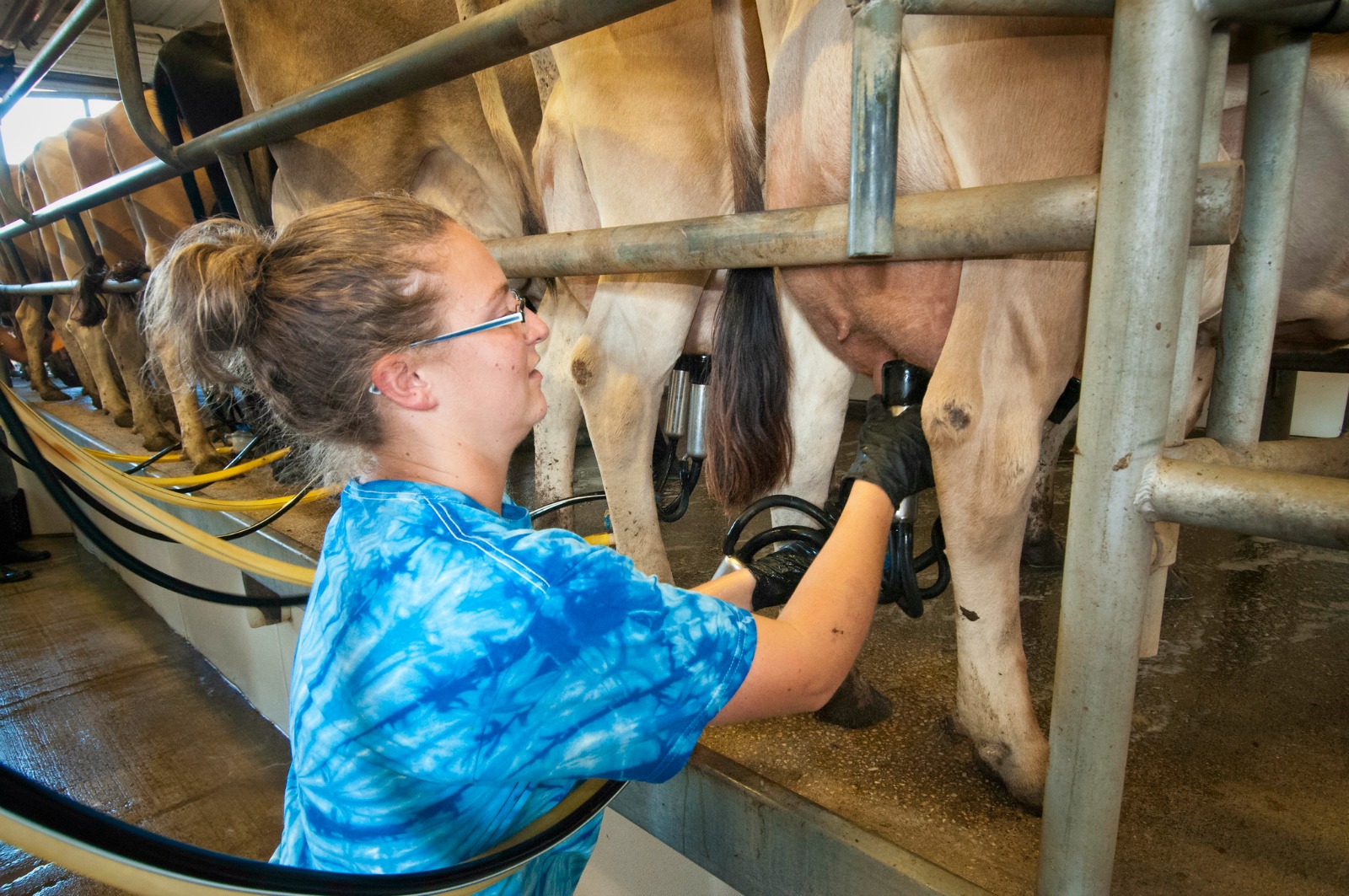 It inevitably happens when having the vegan discussion with someone who isn’t: Yes, but I could never give up cheese. Because cheese is addictive and notionally doesn’t require slaughtering something, it seems to get a pass. People who otherwise genuinely care about the well-being of animals simply throw up their hands, bow in submission to the dairy mold and call it a day, problem resolved. And, what about what’s actually going on with the animals? Well, that topic too often seems off-limits, “judgmental” of those who wish to continue eating cheese.

However, recognizing animal exploitation and seeing an industry, a product, for what it is isn’t the same thing as judging someone, is it? This isn’t about whether or not you, personally, should eat cheese. It’s not about the equally debatable health benefits of cheese and dairy products. It’s not to say whether or not the dairy farmer is of good or bad character. It is simply an account of why eating cheese is indirectly an act of animal cruelty.

To be rather judicial about it, “animal cruelty” has no set definition, as different animals are afforded different rights, each state and country deciding its own limitations as to what constitutes the mistreatment of an animal or, more so, species of animal. Thus, it seems we must in some way reach a shared definition, which will likely be difficult when melding the opinions of animal rights activists and sport hunters in the same debate.

So, how then do we proceed? A general consensus, for hunters, farmers and activists alike, is that no animal should be forced to unduly suffer, regardless if its ultimate fate is to be minced into hamburger meat. And, if it must suffer, as in the case of a cow sent to slaughter, a fish on a hook or an elk in the crosshairs, it should be done as quickly and painlessly as humanly possible. Most people agree on this. It would be sadistic to act any other way.

Well, the idea then would be to examine the life of a dairy cow — the source of the cheese — and see how it measures up.

Where Do Cows Live?

On factory farms, where most of the world’s milk comes from, dairy cows live lives of confinement as opposed to the open pastures that are the animals’ natural habitat.

How Much Milk Do They Produce?

They are expected to produce up to ten times the amount of milk they’d normally, which exhausts their bodies and creates biological oddities like lactating far beyond their capacity, so much so they can’t walk properly.

The amount of energy used to create this abundance of milk makes dairy cows more susceptible to diseases, which is only aided by their confinement and lack of healthy exercise.

But, What Happens to the Calves?

Still, they are unremittingly, artificially, and forcefully impregnated so that the milk faucet never dries, and their calves are taken away on the day of the birth, never to be in contact with the mother again*.

A normal calf would stay with a mother for up to a year. In this case, a young male calf usually becomes low-grade veal, the bulk of its short life spent in a wooden crate, whereas a female is put in line to replace the mother, first impregnated at around thirteen months.

Ultimately, the typical dairy cow gives out at about four or five years of age, though in good conditions they’d live to be twenty. Now “spent,” they are finally sent to slaughter, at which time about 40 percent are lame after years of standing on a concrete floor.

There Have to be SOME Exceptions … Right?

This is how it is for most dairy cows, at least the ones stocking our supermarket shelves. All of this happens so that we, people, can take that milk — intended for the artificially conceived calf that has been forcibly separated from its mother who is then over-milked to produce beyond healthy capabilities — and make cheese.

Thus, it would seem eating cheese is an indirect act of animal cruelty.

Generally, people don’t necessarily feel great about what happens to these dairy cows, and such a stark examination of the life of a normal factory-farmed dairy cow will inspire a series of hypotheticals, like …

But if we don’t milk cows, they feel pain: Only if their natural systems have been abused and mutated, their nursing children taken away but simulated by human intervention to keep the cow producing milk in an unnatural way, will a cow experience some unworldly discomfort from an overstuffed utter. Just look at the way lactation and weaning happens for every other milk-producing mammal.

But if I buy only organic: The mass-production of milk, be it organic or not, still uses the same system. And, in fact, organic production simply means the cows are not given the antibiotics to keep them somewhat healthier in these conditions. In short, organic milk products are more for the consumer’s state of mind — marketing — than really looking out for the animals, which still undergo the factory-farmed experience.

But if I buy only from small, independent farms: Agreed this seems and is a less abusive proposition, thus is a commendable effort on both the producers’ and consumers’ part. Nevertheless, to some degree, some amount of these things will have to happen in order for a cow to give enough milk to make commercial products, even on a small scale level such as the local farmer’s market. Cows, though now genetically engineered to produce more milk, are not biologically supposed to give people milk this way.

But if I don’t have dairy, I won’t have (fill in the nutrient): First of all, we can get whatever nutrient of concern without dairy, and millions of people do so daily. Calcium or protein a concern? Here are some better options for both calcium and protein that don’t come from cows or other animals. Secondly, needing something for our own health doesn’t change the fact of how we get our cheese. Wanting to get vitamins and minerals is perfectly acceptable, but they don’t have to come from dairy-cow cheese products.

The problem is that, while these statements sound damning, bitter towards the cheese eater and the dairy farmer, even the small ones, facts are not a judgment, they are not condemnation but they are not fictional either. Sometimes, truths are not easy to process, and sometimes they may just beg that we give up some of our favorite things, or at least acknowledge what it takes to acquire them.

Knowing what you do about the facts of how the dairy industry works, it is up to you to reconsider if you really can’t live without cheese. We’re pretty confident that you can, physiologically speaking, continue to exist sans cheddar. But if you are looking for an alternative to fill that cheese void, check out these recipes.