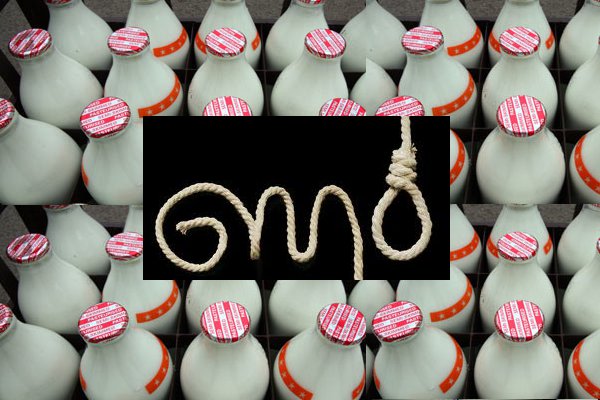 Remember the Flavr Savr tomato? Brought to market in 1994, it was the first commercially grown, genetically modified food to be approved by the FDA for human consumption. It was the product of Calgene, a small California biotech company that imagined high profits from creating a tomato that ripened slowly and was resistant to rot.

After the Flavr Savr

After only three years and facing cost overruns and broad rejection from consumers, the Flavr Savr was deemed a failure and canceled. Calgene was added to the Monsanto portfolio shortly thereafter, and the Flavr Savr would be relegated to a place in history.

The Flavr Savr was followed by other genetically modified crops, such as venomous cabbage, which produced scorpion poison in its leaves to kill caterpillars (but modified in order not to kill humans), slow-to-ripen cantaloupes, and herbicide-tolerant corn and soy. Currently under FDA review is AquaBounty’s genetically modified salmon, which grows twice as fast as a natural salmon. This was achieved by engineering the fish to produce a growth hormone year-round.

Earlier this year, news arrived of a genetic engineering achievement from China. Some have said that transgenic researchers have crossed a line, while others have asked what possible good might be served. Researchers from the State Key Laboratory for Agrobiotechnology at the China Agricultural University in Beijing have successfully engineered 300 dairy cattle to produce what they are calling the equivalent of human milk.

Writing in the journal Public Library of Science One (PLoS ONE), the researchers explained how they used cloning technology to insert human genes into the DNA of dairy calf embryos before implanting them into surrogate cows. Lead researcher for the project, Professor Ning Li, has said he believes the genetically modified bovine milk could be a substitute for human milk.

What makes the milk more like human breast milk is simply the enhanced presence of lysozyme, an antimicrobial protein that protects human newborns from infections. Mother’s milk contains about 3,000 times more lysozyme than bovine milk.

Problems with Genetic Engineering and Animals

Genetically engineering animals is fraught with problems, not the least of which are those of an ethical nature. Through its short history, we’ve learned that animal cloning doesn’t bode well for such animals. Commenting on the news of transgenic cows, GeneWatch UK, a biotechnology monitoring group, said, “We have major concerns about this research. There are welfare issues with genetically modified animals as you get high numbers of stillbirths.” And what of the cows that were engineered to make milk with lysozyme levels similar to that of human milk? Indeed, the researchers revealed that of 42 genetically modified calves born, only 26 survived.

Inserting human genes into DNA strands results in the production of novel proteins to which humans have never before been exposed. To assume that such proteins would be safe for human consumption in the absence of any long-term studies requires an enormous leap of faith. At the very least, exposure could lead to allergic reactions in large numbers of people. At worst, it could heighten risk of cancer. Already, research has show that animals fed genetically modified foods frequently develop problems with their liver, kidney, heart, adrenal glands, and spleen.

This isn’t the first time that someone considered making animals produce human-like milk. Transgenic research in Russia and Belarus, led by Dr. Elena Sadchikova, first introduced human genes into mice to make them produce lactoferrin. Then, in 2009, researchers in Moscow moved on to goats, which were engineered to produce milk with similar qualities.

Although there have been no tests conducted to determine the safety of such milk, Professor Li, who himself consumed some of the milk produced in the Chinese case, said that he thought the milk was perfectly safe to drink. Professor Li imagines that in as little as two years permission will be granted to develop extensive herds of genetically manipulated cows that will produce this enhanced milk, something he fancies as a replacement for the real thing.

In truth, what’s being expressed from these cows is anything but human-like in its composition. Engineering a cow to produce more lysozyme is a scientific feat of questionable merit. Human milk contains over 275 other protective proteins that are passed to the nursing infant. Moreover, mammalian milk is species-specific, and is formulated to meet the developmental needs of a particular offspring. The fat, sodium, calcium, protein, and phosphorus, among other elements, are all disproportionate between cow’s milk and human milk. In cow’s milk there’s too much protein, sodium, and potassium for a human infant, and too little vitamin E and iron. And cow’s milk is low in the essential fats that are required for healthy brain development.

Cow’s milk also contains up to 30 potentially allergenic proteins that can elicit serious symptoms in infants and young children, including intestinal bleeding and iron deficiency anemia, and may be the catalyst for an autoimmune reaction that has been cited as a likely cause of Type I diabetes in susceptible individuals. These are just some of the reasons the American Academy of Pediatrics cautions against introducing cow’s milk to children before 12 months of age.

In the end, whatever lysozyme is engineered into the milk of transgenic cows will more than likely be destroyed during the pasteurization process required for commercial milk sales.

Human mother’s milk affords the nursing child a multitude of health benefits, some only brought about by the close contact between mother and child. If we wish infants to enjoy these benefits, then the best thing we can do is to allow children the real thing. If a mother cannot or chooses not to breast feed, there are formulas she may use, or there are human milk banks from which she can obtain a supply for her baby. But cow’s milk will never be a suitable replacement for mother’s milk.