Using Photography to Come Face to Face With Poaching 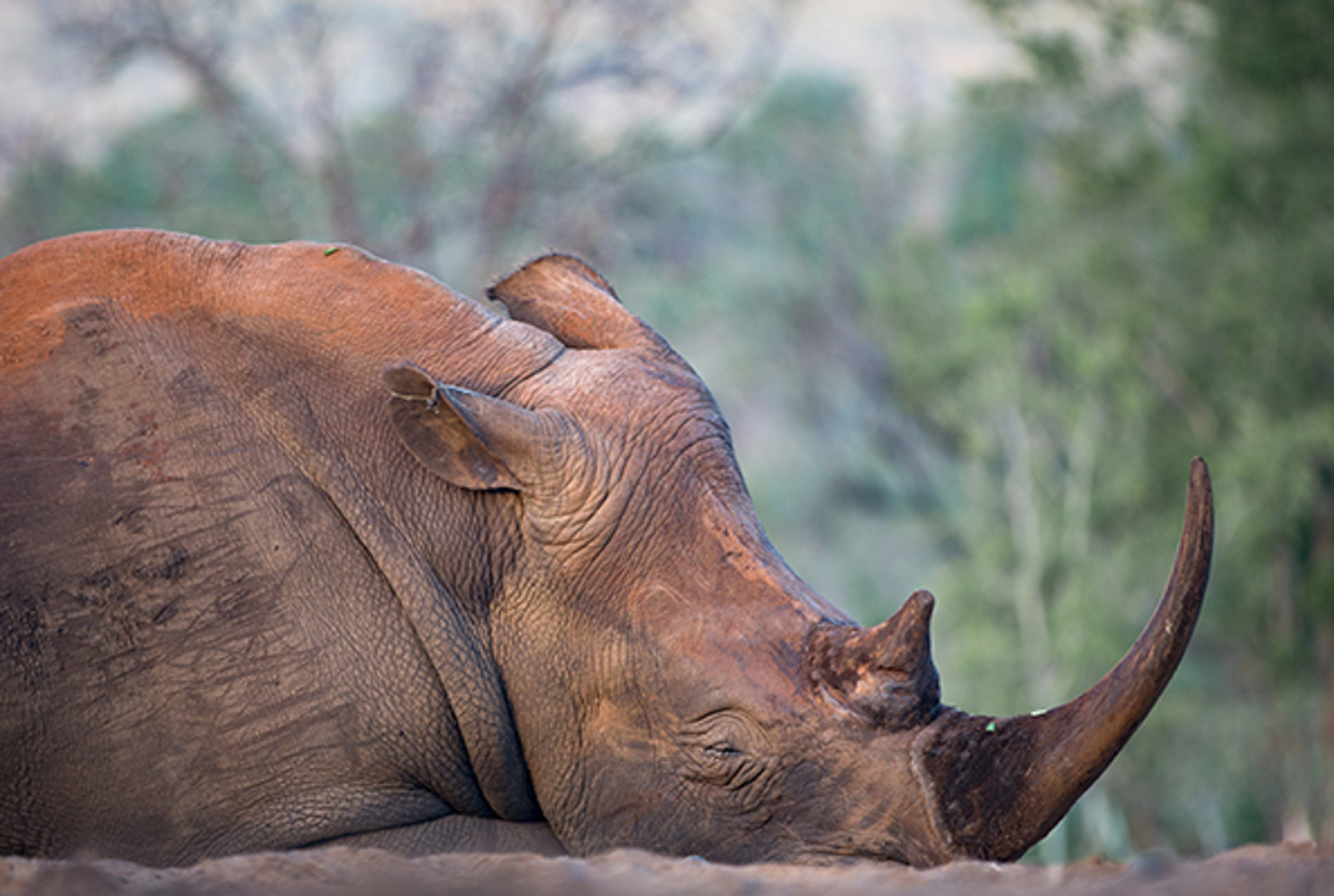 As a sport and wildlife photographer from Australia, I have visited the African continent regularly in the past 25 years. I have been fortunate to experience so many amazing adventures on my trips — especially my time spent photographing black and white rhino.

With the severe escalation of poaching, however, I have seen some surprising changes in the past few years. Undoubtedly, there is more to come.

Today, rhinos are killed for their horns, which, while being made from the same material as your hair and fingernails, nevertheless sell for as much at $60,000 per kilogram on the black market. That’s more than the price of gold. And cocaine. In some parts of Asia, rhino horn is coveted as a symbol of high social status; in others, it is erroneously touted as a cure-all for everything from headaches to cancer. Because of this demand, rhinos have been driven to the brink of extinction — only 20,000 white rhinos remain in Africa, while black rhino numbers are below 5,000. A Desperate Move to Safeguard Rhinos

While I’ve been well-aware of the poaching crisis, this past year I came face-to-face with its brutality and scope. It was a truly haunting experience

At the beginning of 2016, I spent time in South Africa around KwaZulu-Natal, enjoying many extraordinary rhino sightings— incuding a night in an overnight hide with rhino drinking just meters from me under the African stars. Photos of both black and white rhino filled my hard drives in their full glory, horns intact.

But when I returned to the same area six months later, many of the rhino had been dehorned. The landowners had voluntarily removed their animals’ horns in a desperate attempt to curb poaching on private property. They did this not only save the rhinos but also to protect the rangers and others on the ground who are bearing the brunt of this war against poaching. Photographing dehorned rhino just didn’t excite me to the same extent as photographing rhinos before. In my view, dehorning did nothing to solve the problem of poaching. It merely pushed it onto surrounding properties.

I went on to explore a game park in an area that had not dehorned its rhino, excited about the possibility of taking more great rhino photos, like before. As I moved deep into the park, however, I came across a sight I never thought I’d witness firsthand.

Encountering the Victims of Poaching

Two rhinos had been poached. The sight of one of the carcasses — which was being attended to by many rangers and staff — made me realize a dehorned rhino alive was so much better than no rhino at all. I realized how wrong I had been to have felt so disappointed about the dehorned rhino. I had been thinking of it from the perspective of a photographer losing opportunities to get stunning images — I hadn’t considered the prospect of a species being killed off in the most brutal way. Seeing the butchered rhino carcass took me through a whole range of emotions — from rage to distress, frustration, and almost panic. I felt the urgency to solve this great problem. Time really is running out.

As I looked at the weary faces of the rangers and other ground crew, I lowered my camera and decided to leave the scene unphotographed. Only after we had moved away did I realize I had made a mistake: I should be showing the world this problem and bringing awareness to the rhino’s plight. I had passed up an opportunity to help in some small way.

Little did I know, the poachers would strike the same spot. As I entered the next day at dawn I could not believe it had happened again. In fact, it occurred night after night — seven attacks in a week at that same park.

This time, I kept my camera raised and working. Adrenalin pumped as I watched the anti-poaching crew track deep into the bush with their dogs. I wanted them so desperately to succeed in catching the poachers. I witnessed a magnificent creature become a mutilated carcass, as the ground crew conducted a thorough search in hopes of finding a bullet for evidence. It will forever be etched in my memory, and my heart goes out to those who have the horrific daily task of dealing with this escalating situation.

A Search for Solutions

Poaching is savage and brutal. Horns are not sawn off. They are viciously hacked out with a machete, quite often before the rhino dies. Some believe that shooting poachers on sight will reduce the problem, but the poacher is simply the lowest pawn in an extensive network of wildlife criminals. Meanwhile, the root of the problem lies with countries that demand rhino horn and enable its purchase by consumers. There are many competing opinions out there about how best to secure the rhino’s future, and options like dehorning these animals or creating a legal, regulated trade in their horns have sparked fierce debate. Certainly, saving a species is no easy task, and I do not claim to know all it will take to win this fight. But, I do know that the status quo isn’t working, and it isn’t sustainable. Something has to change, quickly and dramatically, before we lose another species — or two — forever.

See how AWF is reducing demand for rhino horn in Asia