How Undercover Investigations Show Us the Sad Truth Behind Pet Stores 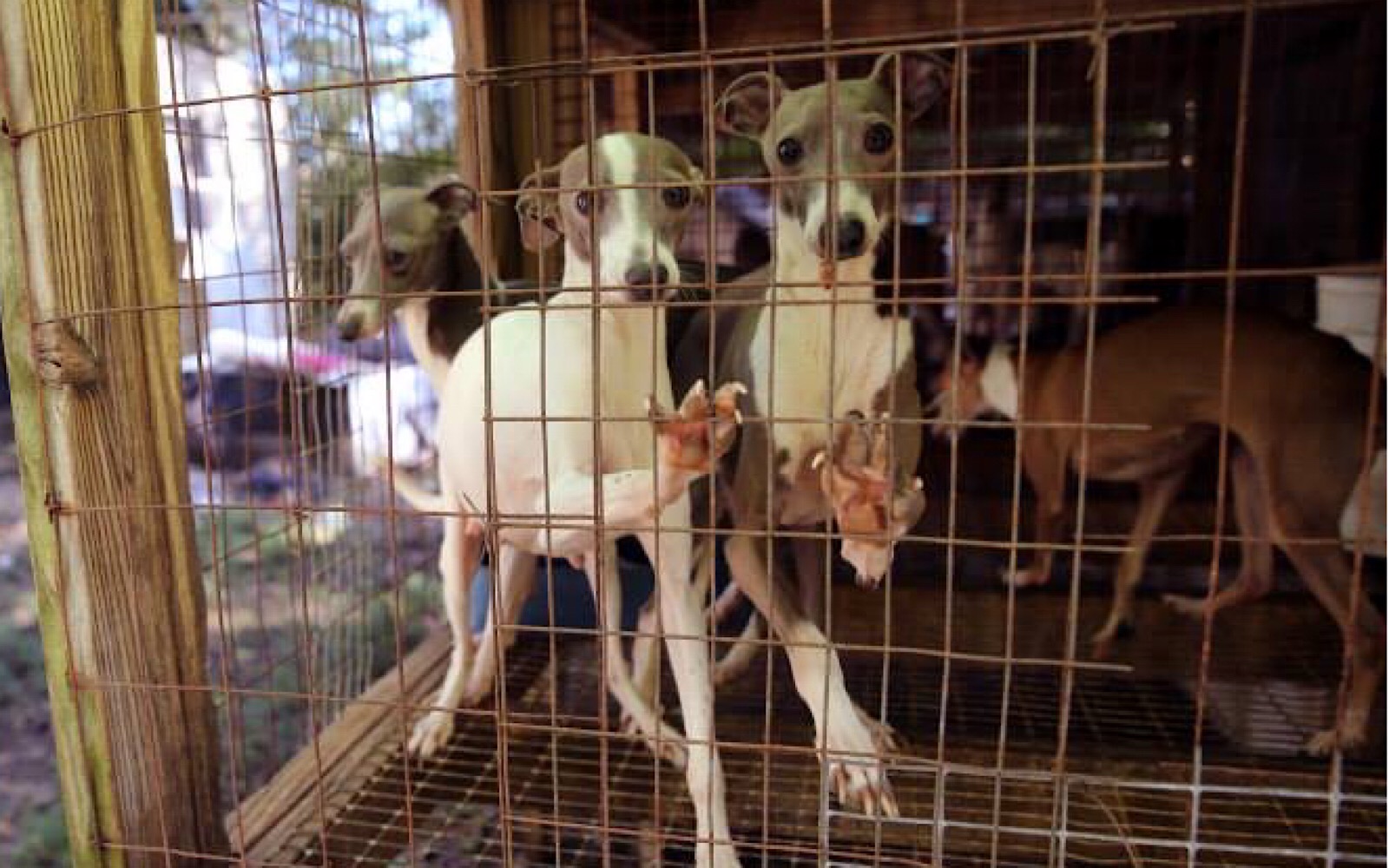 The decision to bring a pet into your life is one filled with excitement and anticipation, and even though more people are choosing to adopt from shelters, many still turn to pet stores when they are searching for a pet. Seeing rows of tiny puppies pawing at their glass enclosures makes it hard to resist going into a pet store, and all too often, people feel like they need to “rescue” puppies from stores, failing to realize that each purchase only further fuels the puppy mill industry, sentencing the parents of that cute puppy to a life of misery.

Pet stores tell customers that all of their puppies come from small breeders, using the term “USDA licensed” to lead people into believing the puppy they’re purchasing is coming from someone reputable. But being USDA licensed doesn’t necessarily mean it’s a small facility or a guarantee that animals are receiving the care they need. In fact, many of the facilities licensed by the USDA are actually large-scale commercial breeding facilities, also known as puppy mills.

In a video released by Companion Animal Protection Society (CAPS), the owner of Pet’s Delight in southern Pasadena told an undercover investigator that their puppies didn’t come from puppy mills. Upon researching the names of the breeders, however, it was revealed that the puppies came from large puppy mills, and more than one of the breeders used by the store had received violations from the USDA. Pet’s Delight remained open after the investigation, but a pet store ordinance that became effective in July 2017 required them to stop selling puppies and kittens from commercial breeding facilities.

In 2008, an eight-month long investigation conducted by the Humane Society of the United States (HSUS) looked at the records for 76 locations of Petland, a large chain with locations throughout the U.S. Upon review of the USDA inspection reports for the breeders used by each location, investigators “found that more than 60 percent of the reports listed serious violations of basic animal care regulations.” HSUS also visited several of the breeding facilities used by the stores and witnessed animals “living in filthy, barren cages reeking of urine, with inadequate care and socialization.” While the investigation shed light on the issues associated with Petland, it appears that all locations were allowed to remain in operation.

Barkworks, a pet store chain in California, was also found to be dishonest when undercover investigators from CAPS asked questions about the origin of the animals. They were told the puppies came from small breeders, when in fact, they came from some of the worst puppy mills in the U.S. There were also instances unrelated to the investigation where customers purchased puppies that later became sick, even though they were told the animals were healthy.  Best Friends Animal Society and other organizations conducted investigations of Barkworks as well, with the combined efforts leading to a class action lawsuit against the chain. The court case is still ongoing, however, it was agreed that Barkworks would reimburse the customers who purchased sick animals named in the case. Overall, this action will require the chain to be more transparent about the source of their dogs by providing customers with the breeder’s name and location.

The Issue of Selling Unhealthy Animals

HSUS recently conducted a two-month undercover investigation at Chelsea Kennel Club, an upscale pet store in Manhattan. In addition to puppies being mistreated by store employees, there were issues with sick animals being housed in the store’s isolation room and denied proper veterinary care. The investigation also found evidence of store employees removing paperwork related to the health of puppies from their files, leading consumers to believe the puppy they were purchasing was completely free of medical issues.

The information from the investigation was submitted to law enforcement, but it unknown whether a formal investigation has been launched. The Chelsea Kennel Club is still open for business, but several protests have occurred outside the store in reaction to the HSUS investigation. You can help take action against this cruel pet store by signing One Green Planet’s petition to shut down Chelsea Kennel Club.

These investigations are telling, but they only represent a sampling of the overall issue. Pet store ordinances banning the sale of commercially bred animals is one way for cities to take a stand against puppy mills, but it’s important for us to do our part as well. All long as people keep buying puppies and kittens from pet stores, the puppy mills will remain in operation and animals will continue to suffer. Help end this cruel industry by choosing to adopt from a shelter or rescue, and only shop for pet supplies at pet stores that work with rescues instead of puppy mills.