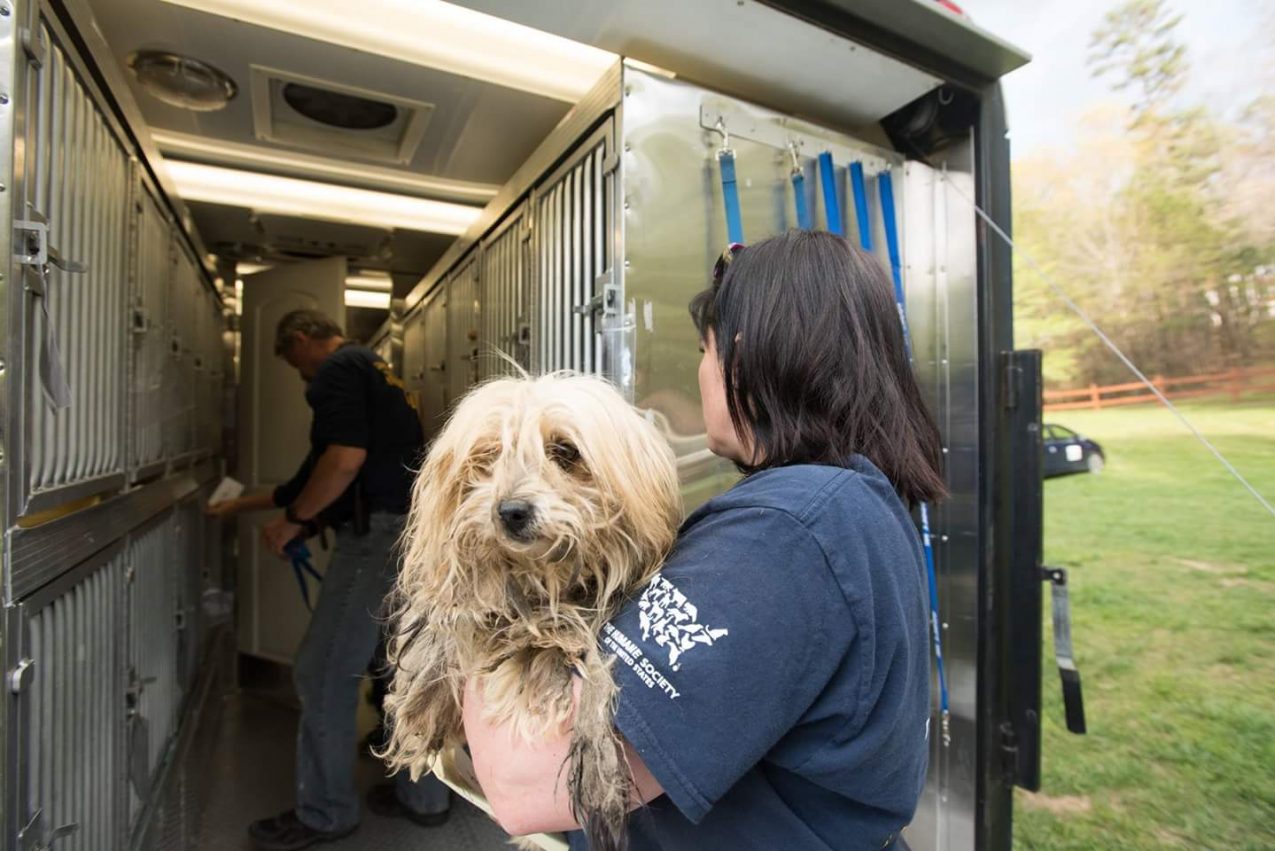 Puppy mills, where puppies are mass-produced for profit without any regard for the health or emotional well-being of the parents, have been getting more attention with each passing year. Once hidden in the shadows of small agricultural towns and secluded back yards, the hard work of animal welfare organizations across the globe has helped bring these horrific facilities into the spotlight.

Rescues orchestrated by organizations like ASPCA, Humane Society of the United States, Animal Rescue Corps and local humane societies bring us haunting photos of dogs living in absolute squalor, neglected because profit has taken priority over providing basic care. And organizations throughout the U.S. are working to spread the word about puppy mills to consumers through peaceful protests, advertising campaigns and undercover investigations that expose the truth behind pet stores and online puppy sales.

These collaborative efforts, along with cruelty investigations and an increase in people speaking up when they suspect something is wrong, have resulted in countless animals being saved from life in a puppy mill, but this work is just the beginning.

There are still an estimated 10,000 puppy mills in the U.S., many of which are operating legally and being regulated by the USDA’s Animal and Plant Health Inspection Service, who recently came under fire for the removal of inspection reports and other animal welfare documents from its website. With each rescue we see on the news, we’re reminded of this heartbreaking issue and the continued need to work toward making puppy mills a thing of the past.

Recent Rescues Remind Us that Puppy Mills Come in All Sizes

It’s important to remember that not all puppy mills are large-scale operations with hundreds of dogs. Some are much smaller, with the animals being kept caged in basements or outdoor enclosures in someone’s back yard. 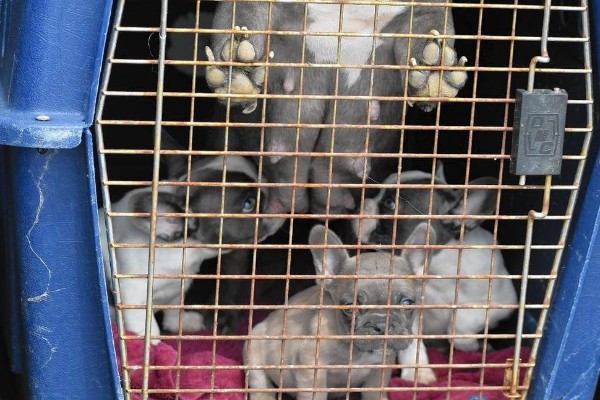 A rescue of 68 dogs in Indiana — including American bulldogs, English bulldogs, Sarplaninacs and Pit Bulls — involved dogs living in deplorable conditions in a barn. A number of the dogs had matted coats and were covered in feces. Goats, a miniature horse, and deceased dogs were also found on site at this alleged puppy mill. Thanks to a neighbor who reported the situation, these dogs are at Lake County Animal Control and Adoption Center getting the love and care they deserve.

Another, larger rescue involved the Humane Society of the United States and Habersham County Animal Care and Control, who worked together to rescue over 350 animals from a suspected puppy mill near Clarkesville, Georgia after a neighbor had complained about barking. Rabbits, ducks, chickens, cats and a variety of other species were also found at the home, all living in horrific conditions. The dogs and puppies were living mud-caked outdoor enclosures and in filthy cages in a shed, many standing in their own feces, with many of them having severely matted coats.

Whether it’s hundreds of dogs or a handful, these and other rescue operations are an important reminder that animals will continue to suffer unless we take action. And it’s not just the responsibility of rescue organizations, we need to do our part as well. 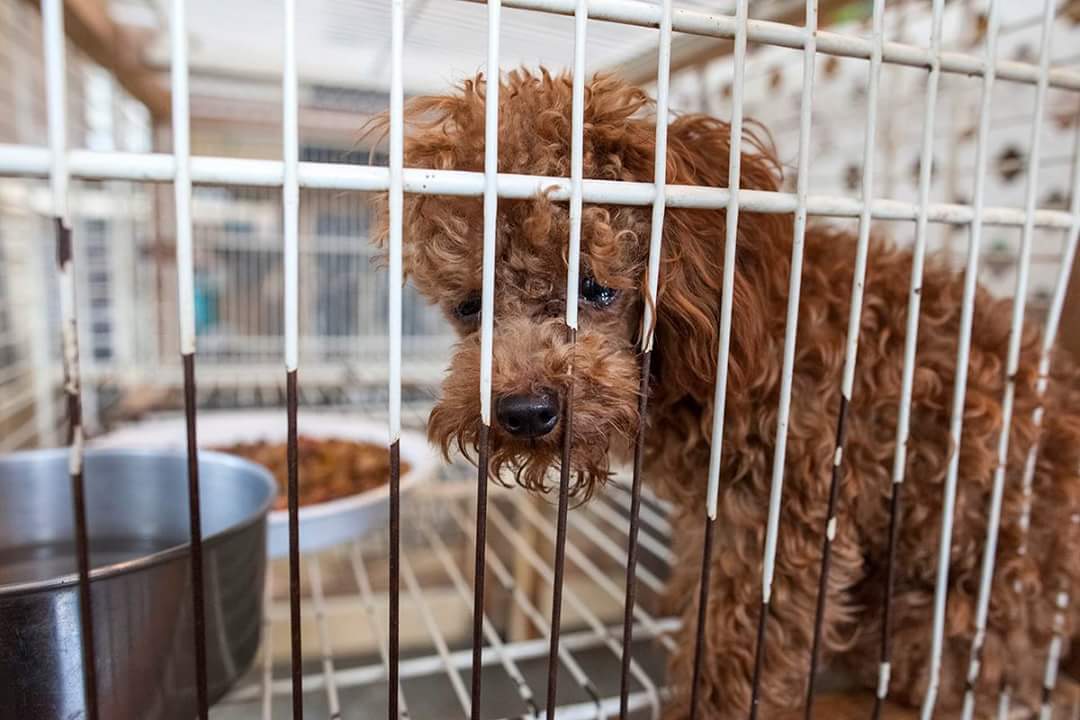 Humane Society of the United States/Facebook

To help combat puppy mills, over 200 jurisdictions in the U.S. and Canada have enacted ordinances banning the retail sale commercially bred animals. This is a monumental success and a step in the right direction, but it’s important for consumers to understand that puppy mills will find a way to make a profit as long as the demand is still there.

Breeders who can no longer sell their puppies through pet stores may resort to selling puppies online instead, a practice that is already widely popular due to our obsession with the convenience of shopping online. But these online puppy peddlers aren’t any better than pet stores, and buying a puppy online, without seeing where it was raised or how the parents are treated, helps keep puppy mills in business.

With millions of animals waiting in shelters and over 1.5 million dogs and cats being euthanized in U.S. shelters every year because they don’t have a home, adoption is always the best option. And yes, shelters and rescue groups do have puppies and purebred dogs, so it’s really not necessary to go through a breeder when there are already so many animals looking for a loving home. By adopting, you are not only saving a life, but helping put an end to puppy mills.