How is This Acceptable?! Startling Image Illustrates There is Nothing Natural About Marine Captivity 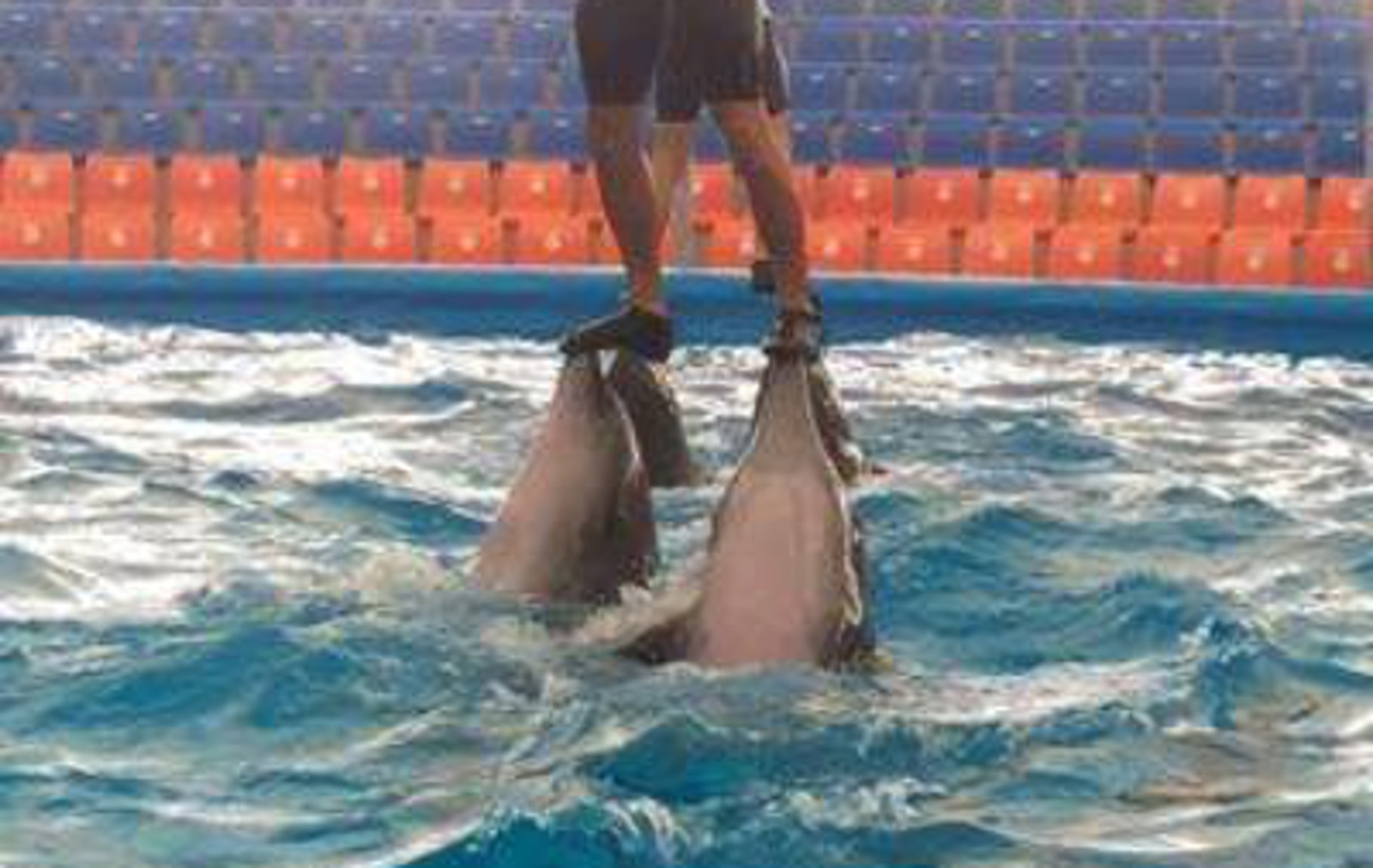 Dolphins are among the most intelligent and dynamic animals on the planet. They live in tight-knit pods and have an advanced system of communication that allows them to hunt and play seamlessly in their vast ocean home. Although numerous scientific studies have proven that dolphins are self-aware and very emotional creatures, we continue to subject them to miserable lives, all for the sake of our entertainment.

Dolphins have become a staple in marine parks and aquariums, lauded for their ability to learn tricks and their seemingly perpetual smile and positive attitude. While these facilities like to claim that keeping dolphins captive and putting them on display for shows is a great way to get people to learn about marine mammals … and consequently feel inspired to protect their animals … the message they put forth through their spectacles and shows tell quite a different story.

Does this look like an educationally enriching performance to you? 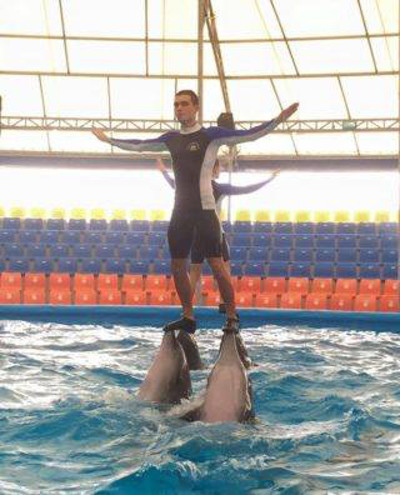 This image comes from Dolphins Bay Nemo, Phuket and shows trainers standing on the tips of dolphins’ noses during a performance. It is elaborate spectacles like this one that lead attendees to believe that the cooperative dolphins are in some way complicit with these acts – after all, what intelligent being would perform in such intricate ways if they didn’t really want to? And dolphins always look so happy, right? Well, sadly, the exact opposite is the case.

Trainers use methods such as starvation and operant training to get these highly intelligent animals to submit to their commands and every will. When animals are not performing or training, they’re left in tanks that are a fraction of the size of their wild home. The boredom and frustration of life in captivity often leads dolphins to exhibit stereotypic behaviors such as swimming in circles repetitively, establishing pecking orders, and lying motionless on the surface or on the aquarium floor for relatively long periods of time. Dolphins have also been known to slam themselves against the sides of tanks. In absolute desperation, these animals can also choose to consciously stop breathing and end their own lives.

Dolphin activist and expert Ric O’Barry once called the dolphin’s smile “the greatest deception” because it betrays their true mental and emotional state when in captivity. The good news is we all have the power to help captive dolphins and it simply starts with refusing to attend marine parks and aquariums. These facilities can only remain open thanks to ticket sales, so when the buying stops, so can the suffering.