5 Times Animals Fought for Their Freedom and Won! 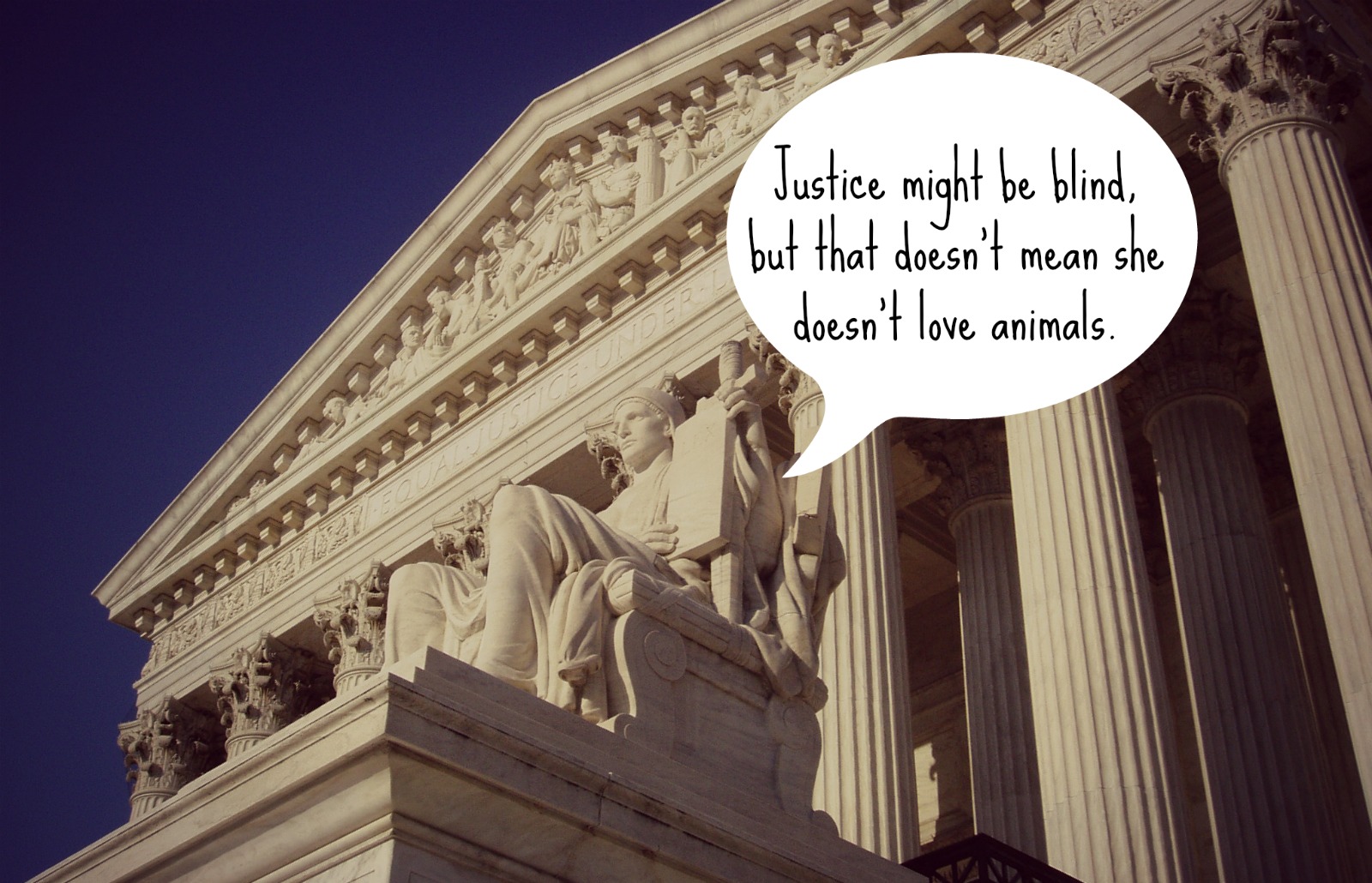 Numerous studies have confirmed that animals are complex beings with the ability to feel joy, sorrow, and fear. They can count, multitask, recognize their family and friends, and reason. Unfortunately, the law has not quite caught up with what we know to be true about animals.

However, a few recent cases hint that the tide may be beginning to turn when it comes to how the law sees animals. Here are 5 examples of times animals fought in legal battles and won.

For six years, Ben the Bear was kept by himself in a barren concrete and chain-link cage at Jambbas Ranch Tours in North Carolina. His owners fed him dry dog food and provided only a bowling ball and a few stumps of wood for enrichment. Ben spent his days pacing back and forth, a common sign of distress and boredom.

Several concerned citizens decided to take action, and PETA and ALDF sued in court to rescue Ben from his life of misery. After seeing images of Ben in his cage, the judge agreed that Ben’s owners were not providing proper food, veterinary care, or stimulation. In 2012, the judge granted permanent custody of Ben to the Performing Animal Welfare Society (PAWS) in California, and forbid Jambbas Ranch Tours from ever owning another bear. Ben was flown out to his new home in “Bear Force One,” and is currently enjoying roaming, foraging, swimming, and just being a bear. 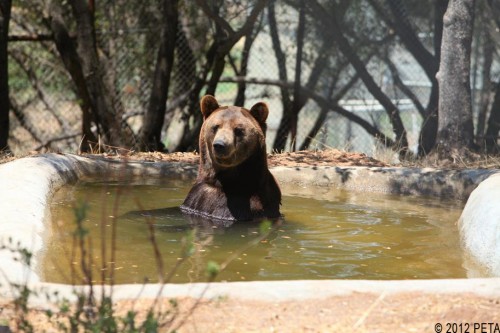 2. Lacy and Diva the Horses

In 2008, a concerned veterinarian in North Carolina came across eight severely neglected and malnourished horses.  The horses, including two pregnant mares named Lacy and Diva, had absolutely no food in their paddocks, and had resorted to eating bark off of trees in order to survive. One mare, Rain, died of starvation before she could be rescued.

ALDF quickly began working to convince a court to grant permanent custody of the horses to the United States Equine Rescue League (USERL), the organization that had tirelessly cared for the horses after they were removed from their owner’s property. The court did just that, granting permanent custody of all the horses to USERL, and ordering the abusive owners to pay for the cost of their rehabilitative care. In 2009, both Lacy and Diva, who had nearly starved to death, gave birth to adorable female foals, named Gracie and Mimi. 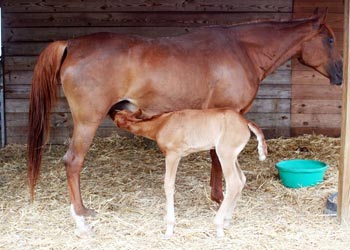 For seven years, Sunder the Elephant was kept at Jyotiba Temple in Maharashtra, India, where he was repeatedly and mercilessly abused by his handlers – sometimes with spiked chains. For years, PETA worked tirelessly to secure his release to an elephant sanctuary, and in 2012, Sir Paul McCartney catapulted Sunder’s plight into the public spotlight but calling for his release.

In 2013, the Indian Ministry of Environment & Forests ordered that Sunder be retired to an elephant sanctuary. However, the temple ignored the order and continued to keep Sunder captive and mistreat him. Determined, PETA elevated Sunder’s case to the Indian Supreme Court. The Court upheld the original order that Sunder be released, and he was moved to Bannerghatta Biological Park, where he currently enjoys plenty of space to roam and the company of other elephants. 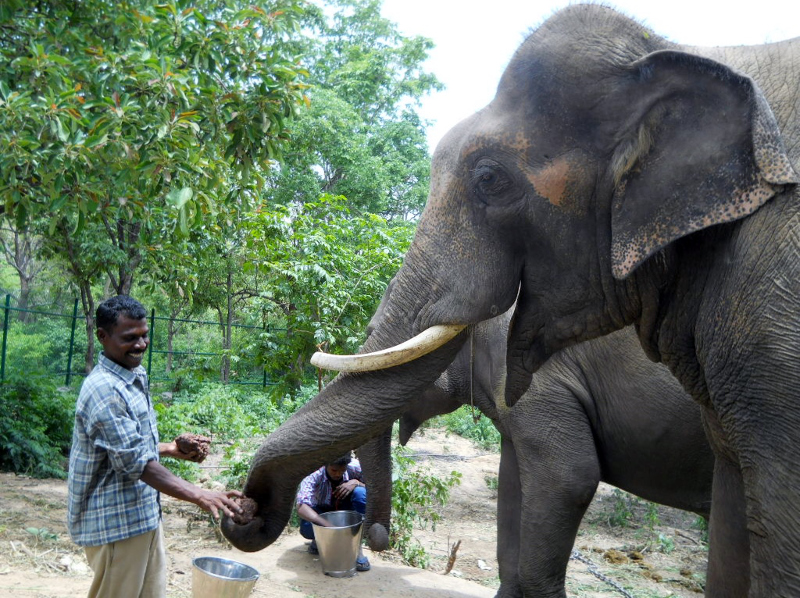 Sunder is Loving His New Home!

In 2008, Max the Cat was kicked down a flight of stairs by his guardian’s boyfriend and sustained serious injuries. As is common of animal abusers, the boyfriend also abused Max’s owner, and had previously killed a kitten by striking him in the head.

Despite the boyfriend’s subsequent convictions for domestic violence and animal abuse, the couple reconciled. Recognizing the danger this posed to Max, the Nebraska attorney who handled the criminal case against the boyfriend asked the judge to place Max in a local shelter so that he could be adopted out to a loving home and not be subjected to further abuse. With ALDF’s help, the judge was convinced, and refused to allow Max to return to the abusive situation. Max was successfully adopted into a loving family and is out of harm’s way for good. 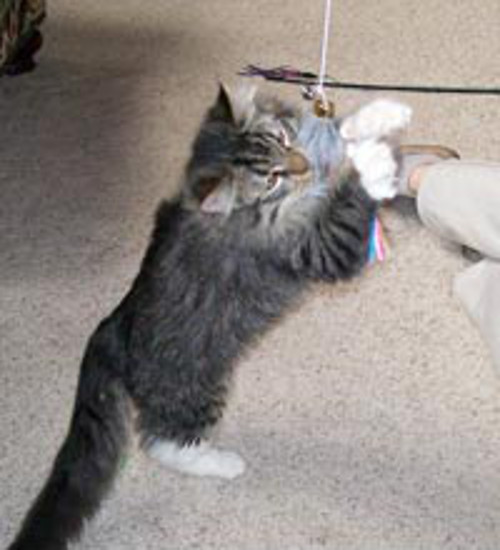 In 2009, Bolivia became the first country in the world to ban the use of all animals in circuses. This ban followed a disturbing undercover investigation by Animal Defenders International (ADI), which revealed rampant animal abuse within the circus industry.

However, not all circus owners complied with the new law, and many continued to keep circus animals illegally. Working with Bolivian authorities and the Santa Cruz Governor’s Officer, ADI helped to track down and seize 25 lions from eight different illegal circuses in what became known as “Operation Lion Ark.” A multi-million dollar donation from Bob Barker and others allowed all 25 lions to be relocated from Bolivia to the Wild Animal Sanctuary in Colorado. This 320-acre sanctuary is a vast improvement over the tiny, cramped cages in which these lions were kept while in Bolivia, and they will be allowed to live the rest of their lives without being forced to perform for people. 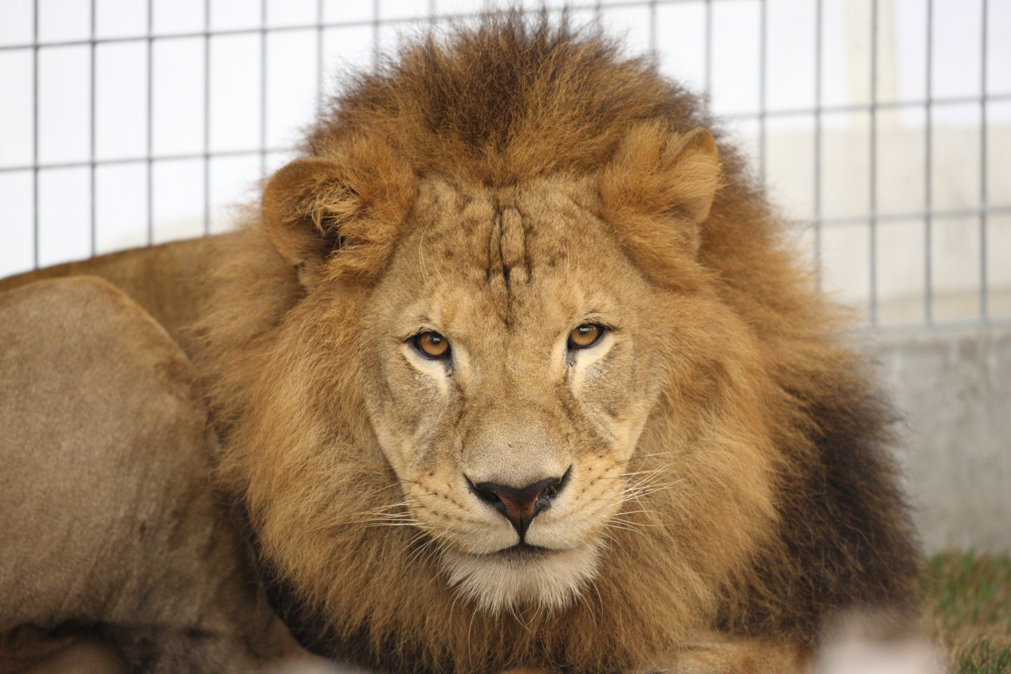 While the above animals have been fortunate enough to gain their freedom, there are many animals who are still being denied this basic right. Tony the Tiger, Lolita the Orca, Tommy the Chimpanzee, and the ten billion animals raised for food every year in the U.S. are all currently being held in tiny cages and denied the ability to engage in any behaviors that are natural to them. Please share this article so that their stories become more widely known. With our persistence, hopefully one day these animals will also be free!