What Rights? Examples of Animal Cruelty That Are Perfectly Legal 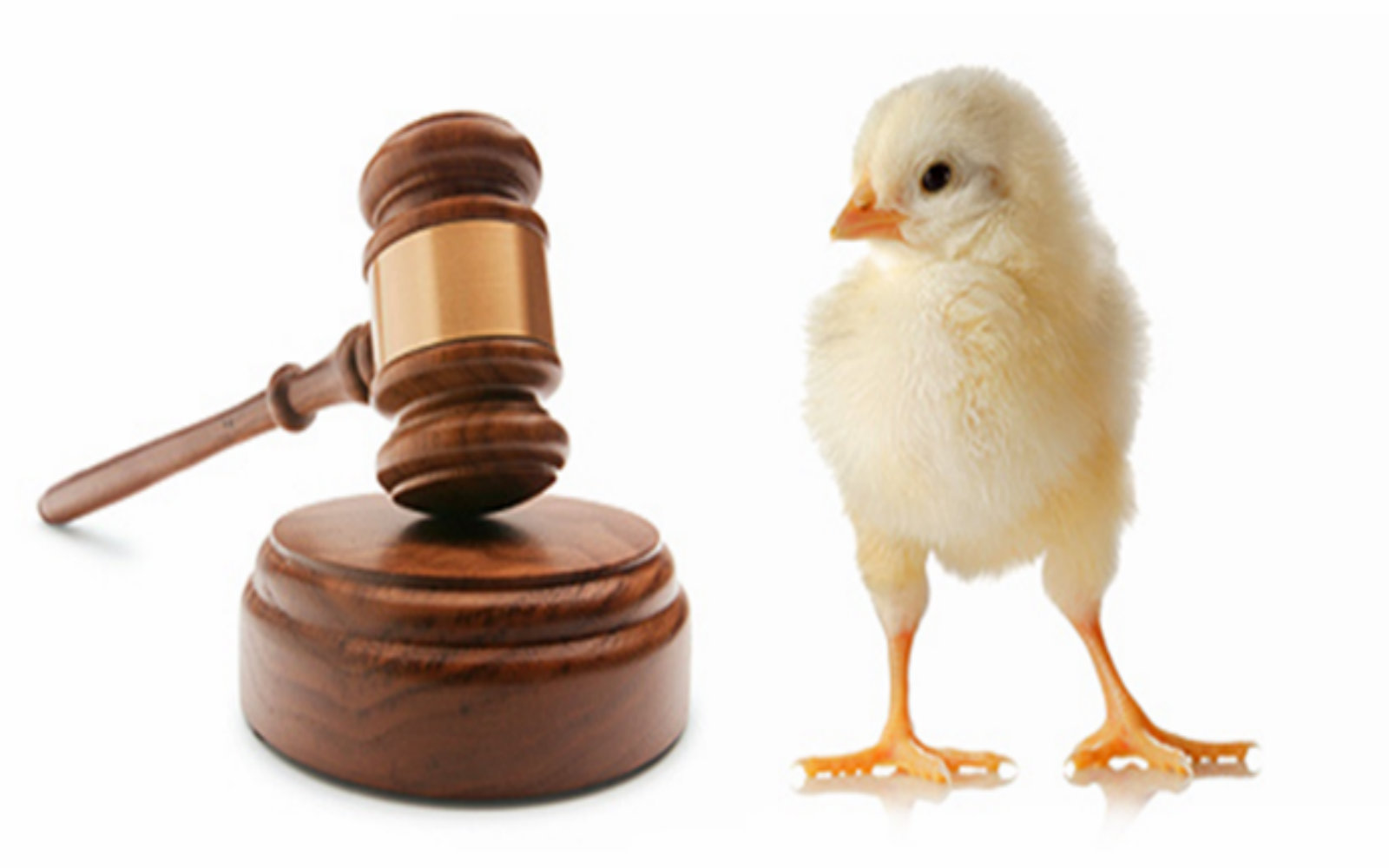 In recent years, documentaries such as Blackfish and undercover investigations by organizations including Compassion Over Killing and Mercy for Animals have pulled the cover off of the horrific cruelties committed against billions of animals every year. When people are first exposed to what is happening inside factory farms, research facilities, circuses, and other animal industry establishments, they are shocked and often ask, “Why aren’t these people being prosecuted? How is this allowed?”

Sadly, the answer is that many of the cruel practices that have been exposed are perfectly legal.

Animals are treated as property under our legal system, which means that they are considered things and have no real legal rights at all.  This does not mean that there are no laws in place to protect them.  Anti-cruelty laws have been in existence for many years, and allow for the punishment of flagrant acts of cruelty committed against most animals, including farm and laboratory animals. But all such laws rely on balancing the interests of animals with the human interests to be derived from such animals, which is why nearly all of these laws include exemptions that allow certain cruel practices to continue. Sadly, these exemptions are designed to favor economic interests and tradition over the interests of the animals the laws are ostensibly designed to protect.

For example, beating a piglet in a factory farm is illegal under most state’s anti-cruelty laws. However, docking that same piglet’s tail without pain killer – which is likely just as painful as being beaten – is not illegal. It is an exemption to anti-cruelty laws that favors the economic interests of farmers who want to raise farmed animals as efficiently as possible. This economic interest outweighs the interest the piglet has in not being mutilated.

Thus, even though laws do exist to protect the interests of animals, their interests are always balanced with economics and tradition. Here are 3 cruel practices that have been exempted from anti-cruelty laws as a result of this balancing act: 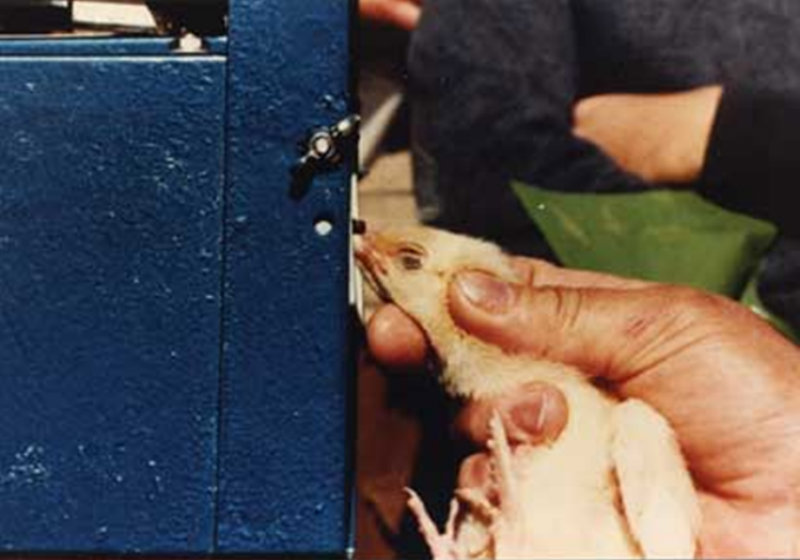 Farmed animals have the fewest legal protections of all animals. No federal law protects farmed animals from cruelty while they are being raised, and the state anti-cruelty laws that are supposed to protect them are easily avoided through “common farming exemptions,” which allow any practice, no matter how cruel, so long as it is common within the farming industry.

So while kicking or punching a farmed animal is illegal under state anti-cruelty laws, common farming exemptions allow cows to be painfully branded and dehorned, for chicks to have the tips of their sensitive beaks seared off, and for piglets to have their tails cut off – all without painkiller. These cruel practices favor economic interests by allowing farmers to mutilate animals so that they can be raised in the most efficient way possible. 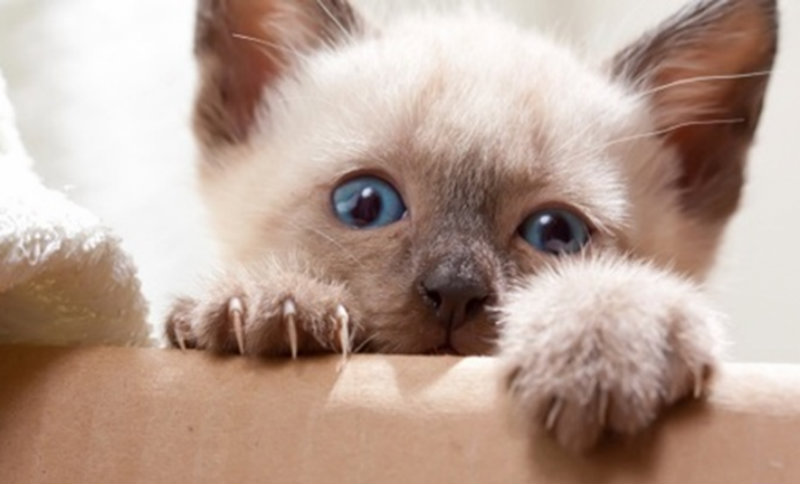 While they enjoy more legal protections than other animals, companion animals are not totally safe from legal cruelty. It is still legal in all U.S. states to declaw a cat, a procedure that is so invasive and painful it has been compared to amputating a person’s fingers at the first knuckle. Dogs are subjected to painful ear cropping and tail docking in order to conform to “breed standards.”  These mutilations have no medical purpose, and are allowed simply for the sake of tradition. 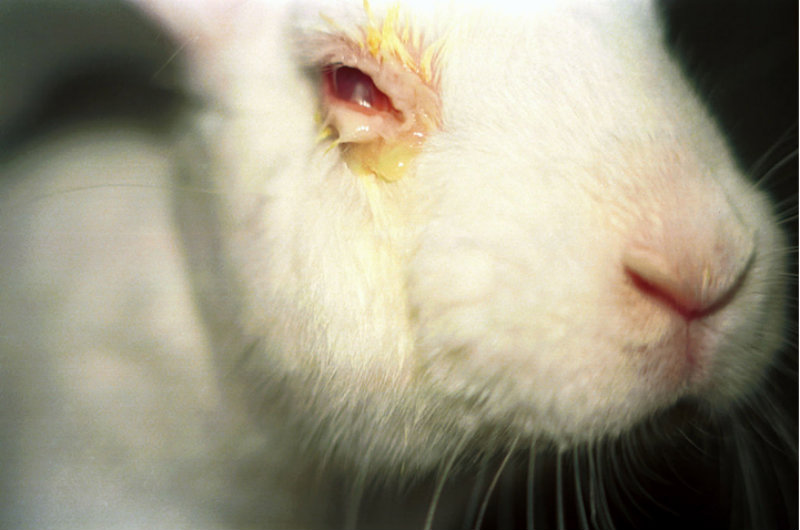 Horrific chemical tests are still legally performed on millions of helpless animals every year. The Draize eye test involves physically holding rabbits down and placing various household and cosmetic products into their eyes to determine the effects. These products are often left in the rabbits’ eyes for 21 days or longer, resulting in extreme pain and even blindness. Skin corrosion tests involve placing various chemicals onto shaved patches of animals’ skin to determine whether the substances cause permanent skin damage.

If someone put household cleaner into their companion animal’s eyes, they would be subject to prosecution under anti-cruelty laws. Yet putting the same chemical into a laboratory animal’s eyes is legal due to an exemption that caters to the long-standing tradition of testing products on animals.

So, what can you do to help put a stop to these and other legal cruelties?  You can refuse to create a market for the products that are the result of these cruel exemptions: consider a vegan diet, and choose cosmetic and household products that have not been tested on animals. You can contact your lawmakers and write letters to the editor voicing your concerns regarding these exemptions.

No matter how much progress is made for animals, so long as these exemptions exist the animal industry will have a convenient loophole that allows them to bypass anti-cruelty laws. Remember: animals can’t speak up for themselves, so it’s all up to us!