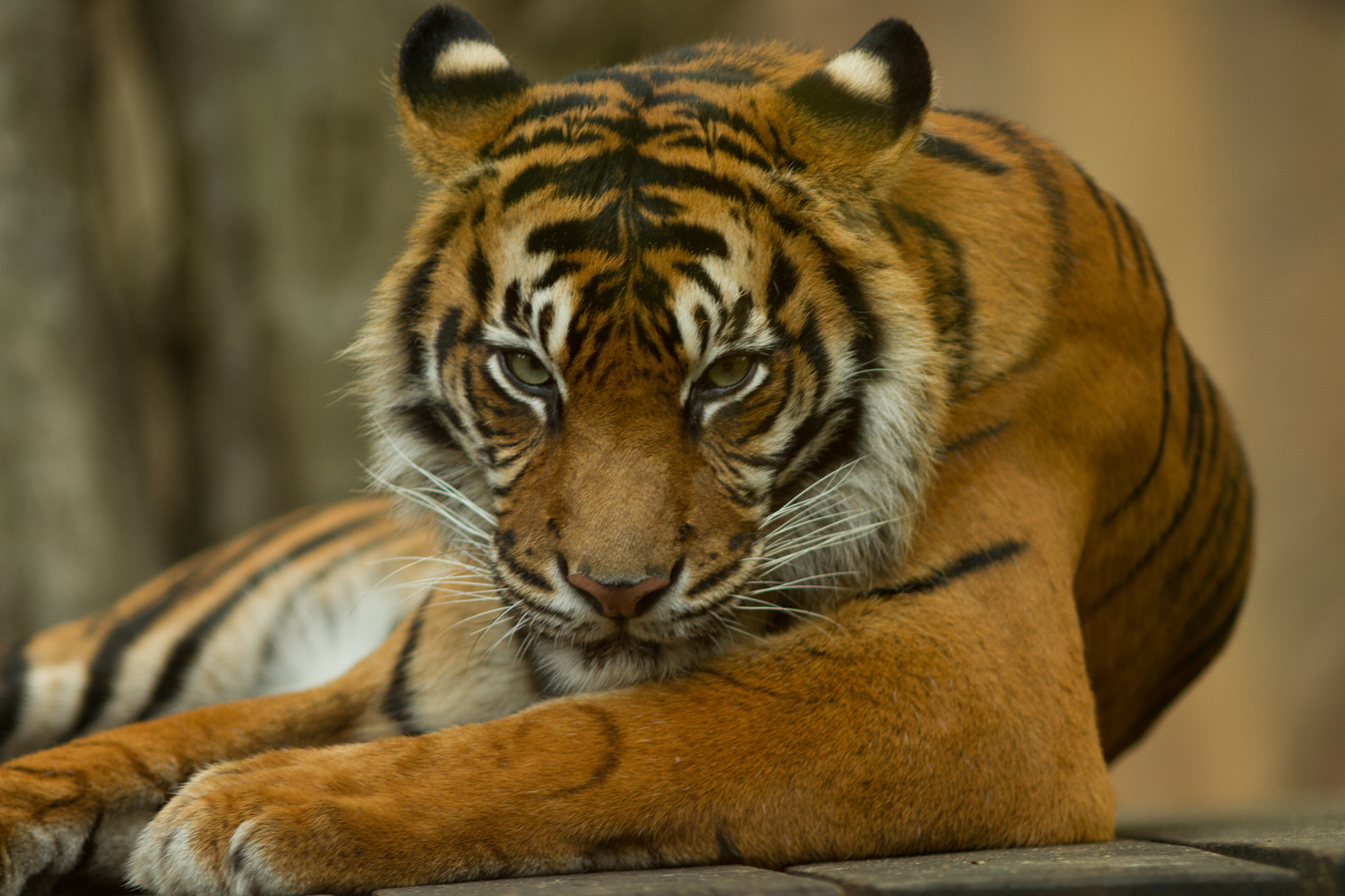 I didn’t know what to say to him.

I thought it was one of those genius ideas that could create a viral cyber storm of education to end the one thing that causes more big cat abuse than anything else. I wanted him to know that his spark of brilliance was appreciated, and yet, I knew I would have to tell him that we couldn’t be associated with it. I would have to explain that we couldn’t profit from it, nor promote it, because it would make us look bad. That was even harder for me to say because I was pretty sure he would hear it from every legitimate big cat protection group. It was unfathomable to me that we might collectively crush his innovation when it had such huge potential.

Let’s go back a couple of days… 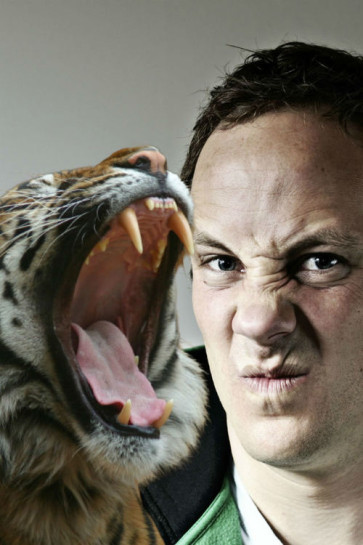 On May 27, Chris wrote to Big Cat Rescue:

My name is Chris Wilson. I created an iOS app called Tiger Selfie. It allows you to take a picture (live or from your camera roll) and place a tiger on it. Actually, as many tigers as you want. Different types and combinations. And then you can save it to your camera roll or tweet it, text it, or email it. You can learn more about it at www.tigerselfieapp.com or view it on the App Store.

When I initially started showing it to people, many people said I should charge for it and donate some of the profit to Tiger Sanctuaries. I didn’t realize there were so many tigers in need of rescue, so it was an eye opener to do some research. I was immediately in love with the idea and am now working on getting the word out. Your facility appears to be one of the best ones, so I thought I’d reach out to see if you’d be interested in some cross-promotion.

What I’m thinking is that you could drive downloads (and thus donations) by pushing Tiger Selfie via social media. I see that you have a very strong presence on Facebook. Also, a banner on your website could also be effective.

Is this something you’d be willing to discuss? I would be happy to get on the phone with someone in your organization to work out the details of a partnership.

My Staff Hated the Idea

I brought it up at the next weekly staff meeting and most of the staff hated the idea. They said it sent the wrong message and that our enemies (tiger cub pimps) would use it against us. They made valid points about the problem with viewers seeing the images and that driving them to want to go pay to play with real cubs, to post images of themselves with real tigers. I was vastly outnumbered, but couldn’t quit thinking about the potential this app had. I decided to write the letter, declining his offer, but hoped to do so in a way that Chris would see that he was really onto something here.

So I wrote to Chris Wilson:

Thanks for considering Big Cat Rescue with your tiger selfie app. It has caused quite an uproar here because it is such a controversial approach to educating people about why it is so wrong to pose with wild animals.

I appreciated your app description saying that the app was for the purpose of “impressing your shallow friends.” I think that could be made stronger, and thus more palatable, to those of us who see cub handling and the number one cause of big cat abuse, if it were to read:

Posing with big cats or their cubs is the leading cause of abuse and never serves any conservation value. Use this app to educate your shallow friends who might think the real thing is cool.

I think your idea is VERY clever and helps reach an audience who might not understand how abusive it is to take cubs from their mothers and use them as photo props, only to be discarded as adults. I am also impressed by your technical ability in the creation of the product. I tried it out and it was easy to use and appeared to be easy to share, although I didn’t because I haven’t quite figured out how to do so in a way that doesn’t alienate those who do understand what a cruel thing it is to pose with captive wild animals.

If you follow us, you know the bad guys, the ones who breed and exploit big cat cubs, are always trying to twist things against us. While we know they are being deceitful, there are still a lot of uneducated people out there who might not understand that the use of your tiger selfie app is akin to CGI in movies. It is meant to replace the use of wild animals, not stimulate demand for more wild animals in entertainment.

We would not want to be a beneficiary of the app monetarily because that would just fuel the liars who would say we sold out our principles for monetary gain. We would like to see that money spent on saving wild cats in the wild, but you run into the same issue there, I think. WWF or Panthera, who are the leaders in that area, would probably have the same concerns we have in lending our name to something that makes us look bad, even though the ultimate goal is to stop the use of real cubs.

If your tiger selfie app takes on a life of its own and becomes hugely popular, then you don’t need us, and you can do amazing things to educate people about why your app is a much better solution to image enhancement than hurting cubs and conservation.

I do think you have tremendous potential for getting the word out this way though, so I’m still wrestling with it. At the very least I’d like to write an article about your app, to our existing supporters, explaining this dilemma we have with the idea, to get a feel for what impact it might have. The side benefit is that anyone reading the article may be curious about your app and may see the benefit to recommending it as an alternative.

If that sounds good to you, I’ll write up the article and let you approve it before it goes live.  For the cats,  Carole Baskin, CEO of Big Cat Rescue

For the cats,  Carole Baskin, CEO of Big Cat Rescue

I had written Chris again, suggesting that maybe the app could have a link to a page about why it is so abusive to pet cubs and he called me. He launched into the call with a solution that was even more amazing than the app. He said that he could turn each Tiger Selfie image into an animated gif.  (At first I pictured dancing cubs, and thought to myself that this conversation was going to be harder than I expected if he thought THAT was the answer.)

Before I had the chance to interrupt, he continued saying that he could make the tiger selfie photo appear briefly, but then it would dissolve into the key message we wanted to get across.

If the tiger selfie image automatically turned into the educational message there was no way this app could be misused or misinterpreted!  The tiger (or other exotic cat) photos could be derived from sanctuary cats in order to make sure that no money inadvertently ends up in the hands of those who rent out their cats for photo shoots. Everyone who used the app would learn the truth about how cruel it is to pose with wild animals for selfies AND would turn them into advocates (we call them AdvoCats) for change. I can’t think of anything that has more potential to reach more of our target audience than the Tiger Selfie App.

The ad campaign possibilities are endless. The Tiger Selfie App allows you to share immediately to your email, Twitter and Instagram and you can save to your camera roll for posting to Facebook and other sites. Billboards, using imagery that can be created in the app, with just the link to TigerSelfieApp.com are bound to make people wonder what that is about, and learn something when they check it out.  Online photo ads, print ads, and television ads that have the inviting images (for those who need to be educated) and a simple link.  Chris Wilson deserves recognition by the animal protection community for taking a simple and trendy idea and turning it into a method that may well save the tiger.

That may sound grandiose, but we can’t save tigers in the wild until we end the captive trade in them, that creates the legal smokescreen for illegal poaching.  The Tiger Selfie App has that potential.

Chris is in the process of updating the app to reflect the new animated gif message. The new version will be available as soon as it is approved by Apple. You will get an update notification as soon as it is available at no extra charge.  Be sure to use the hashtag #TigerSelfie so we can see your power in reaching the masses with this educational app, but please don’t share your creations, until the app includes the message about cub petting. You can test it by emailing the image to yourself.

To learn more about this revolutionary project, click here.