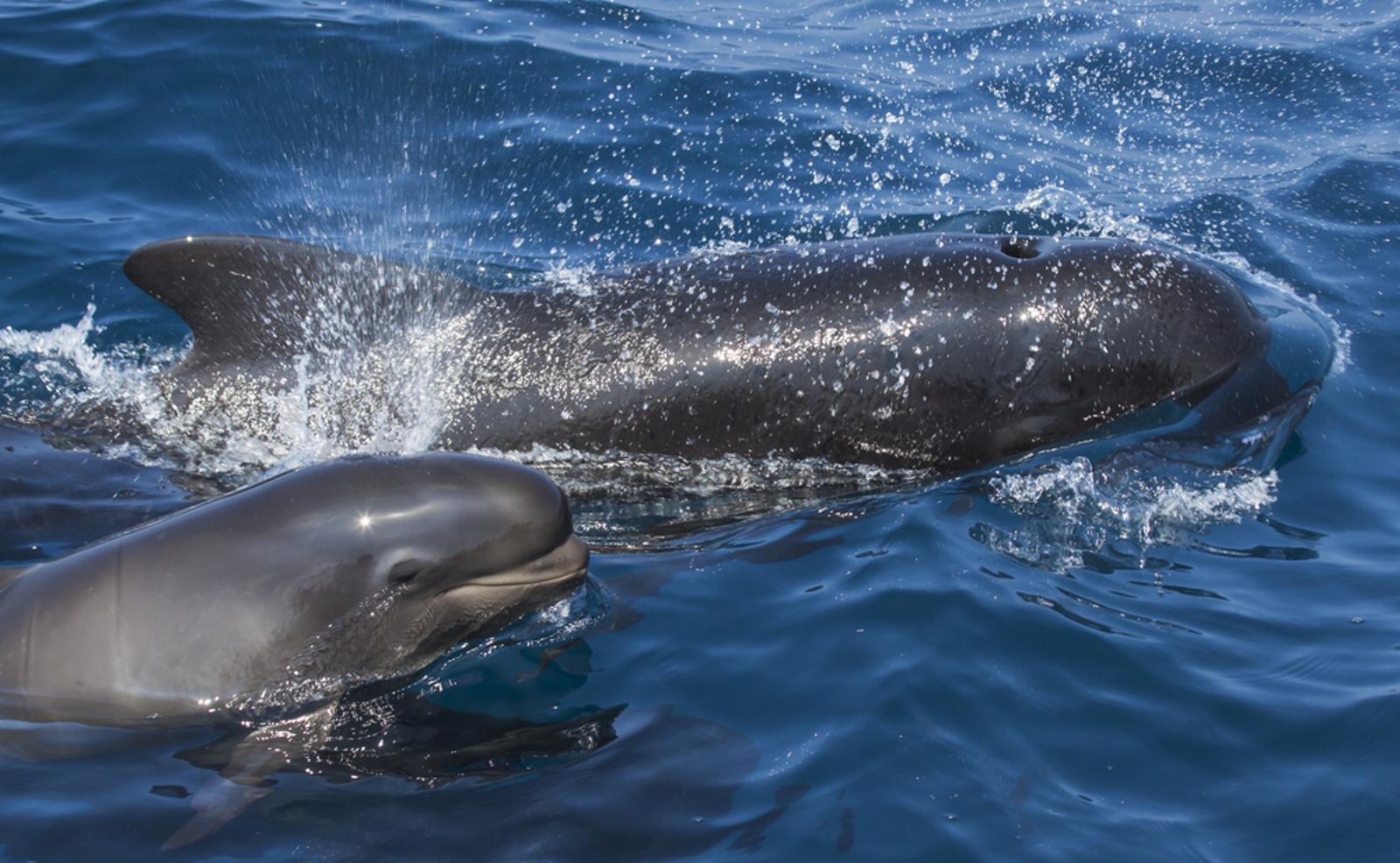 Sea Shepherd has been working to shut down the Grindadrap in the Danish Faroe Islands since 1983. The Grindadrap (literally translated as “the murder of whales”) is considered a cultural tradition in this small group of rugged islands located halfway between Scotland and Iceland.

Referred to simply as the “Grind” it involves driving entire pods of pilot whales and dolphins onto Faroese beaches where the animals are brutally slaughtered with spears and knives. It is not a commercial operation and there is no actual necessity to kill the animals for survival.

The Faroese enjoy one of the highest standards of living in the world and although some Faroese claim that the meat is essential, the reality is that any product that can be found in any supermarket in Europe or America can be found available in the Faroe Islands.

Pilot whale meat is also heavily polluted with methyl-mercury and other heavy metals, so much so that health officials in the Faroe Islands advise that the meat only be eaten once a month and never by pregnant women and young children. The Faroe Islands have the highest concentration of methyl-mercury in their bodies of any group on the planet.

This toxicity is not enough to convince many to abandon this slaughter. Cultural tradition as a justification is notoriously difficult to address.

Sea Shepherd has sent ten campaigns to the Faroes since 1983, saving many hundreds of whales and dolphins from being slaughtered yet at the same time, we have suffered numerous arrests and the seizure of three of our boats. In the Faroes it is illegal to interrupt the killing and it is even illegal to sight a pod of whales and not report the sighting to the whalers.

Our success in lowering kills has caused the Faroese to respond with even stricter laws that now prohibit Sea Shepherd crew from entering Faroese waters or even wearing Sea Shepherd shirts on land.

Sea Shepherd will now take all the video footage of the killings and the interventions to produce a documentary film in addition to launching legal, media, and economic opposition to the horrific annual massacre on Faroese beaches.

The legal challenge is based on the fact that killing cetaceans is unlawful under European Union regulations. The Faroese claim to be exempt from the regulations despite receiving huge subsidies from the EU. In addition, some 85 percent of Faroese citizens hold EU passports allowing them to enjoy the benefits of EU citizenship without having to respect or abide by EU laws. In addition, Denmark is obligated to respect EU laws yet supports the killing of cetaceans with their police, military, and courts.

Sea Shepherd’s economic strategy is to target the primary industry of the Faroes – fishing and with a special focus on Faroese farm raised salmon.

Pilot whales and dolphins are slain close to these farms and one very troubling fact is that a large proportion of the meat from the Grind is unaccounted for. There is simply too much meat to feed the population of some 50,000 people when at least half report not eating the meat and the rest are restricted to 250 grams a month due to health concerns. Sea Shepherd has found numerous pilot whale bodies weighted down and dumped at sea and rotting on the bottom but even these moldering submerged corpses don’t cover the mystery of the missing meat.

In response to my queries to the companies Hidden Fjords, Bakkafrost and Marine Harvest on the question as to if they feed pilot whale and dolphin meat to farmed salmon, I have not received a single response and their fish food stocks are very closely guarded.

We have no absolute proof that Faroese salmon are fed cetacean meat but in light of the missing tonnage of meat, the close proximity to the killing beaches and the refusal of the companies to answer the question, there are reasonable grounds to suspect that they do.

We also have many reports of employees of these companies participating in the merciless Grind and my question about this has also not been answered. Therefore Sea Shepherd has started a campaign to have consumers and distributors boycott the products of these three companies because there is a very real possibility that when people eat Faroese salmon they may also indirectly be eating pilot whales and dolphins.

Sea Shepherd will also be encouraging cruise ships to not stop in the Faroes and for tourists not to support a travel destination where the beaches run red with blood and the screams of dying whales echo across the fjords.

The Grind has no place in the 21st Century. Slaughter and cruelty based culture and tradition should no longer be tolerated. Marine animals are seriously threatened because of direct killing, habitat destruction, pollution and climate change.

The Grind is ecologically destructive and offensively barbaric and Sea Shepherd is relentlessly dedicated to tossing this obscene tradition into the dustbin of history through education, direct action, economic pressure and legal challenges.