The Sad Reality Behind Country Fairs and the Animals on Display 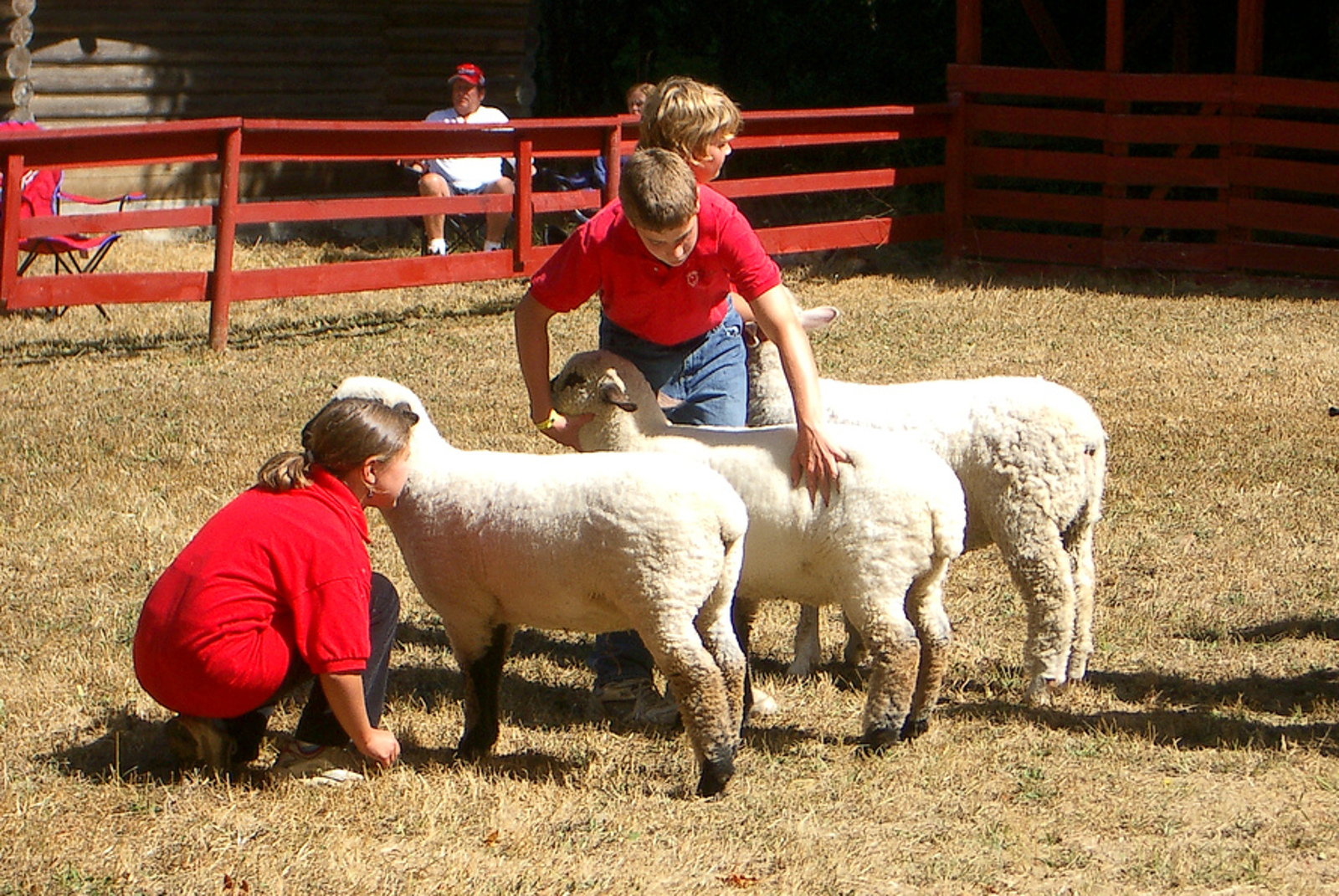 Late summer, early fall brings about all the excitement of the country fair; the sights, smells, and sounds are enticing. They seem to be the very definition of autumn as they showcase the season’s agricultural feats, displays, and attractions that draw attention to the local farming community.

The flashing lights of the Ferris wheel, the screams of the children on the roller coaster are all staples of the country fair.  Then there are the animals displayed like collectible items, confined to stalls or pens for everyone to stare at.  While some may think that getting to see the 4-H calf competition, a petting zoo, and rodeo-style show are all part of the quintessential fair experience, many don’t stop to ask: what kind of life do these animals endure for our entertainment?

4-H is a not-for-profit organization dedicated to developing citizenship, leadership and life skills of youth through learning programs.  It has been in existence since the early 1900s and is still prevalent today, especially in rural communities.  You will find 4-H competitions at almost every country fair throughout the United States and Canada.

Children work hard to lovingly raise and look after an animal, usually a calf.  They put hours into caring for the calf, ultimately forming an attachment and bond to it.  Walking through the show barn, you will see them pampering their calves, brushing them and preparing them for competition.  The calves appear to love the attention and will faithfully follow their human companions in the judged competition.  At first glance, the scene makes the audience smile.  After all, everyone loves seeing baby animals.  The reality: the calves that were raised with so much care and affection will end up being slaughtered for monetary gain – a fact that is mostly unknown to the young individuals participating in the competition.

For  Twyla Francois,  a compassionate artist and former Mercy for Animals investigator, the experience of raising a cow for a 4-H competition and discovering the fate of her beloved calf is one that has stuck with her for life: “Like most rural children, I enrolled in 4H. As part of the Animal Husbandry course, my friend and I lovingly raised a calf and entered him in the annual fair. Only after recognizing the man bidding on our calf as the local butcher did we realize what we had done. No amount of tears allowed the calf to be returned to us. It is in fact a stated rule of 4H that no child can have his or her animal back. 4H crushes compassion in budding animal producers from an early age.”

It is a heartbreaking scenario that most will not even think twice about.  To teach children to raise animals in such a manner is cruel and purely about profit.  In the end, not only do the animals suffer but the younger handlers as well.

Another staple of the country fair is the petting zoo – a favorite attraction to many.  I recently took my daughter to a local fair and used the opportunity to investigate the conditions the animals were forced to endure.

My first observation: a familiar petting zoo, one that I had seen at several other events over the last few years.  The set-up was the same – all types of animals (ducks, goats, sheep, a donkey etc.) confined to a small pen in a dark corner of a barn.  People surrounded them, shoving their hands in the faces of the animals, throwing food at them and yelling at them to come over.  It was pure chaos.

The majority of the animals seemed confused and stressed out.  They huddled together in the center of the pen with only the goats and sheep venturing over to accept the food-offerings.  In the middle of the pen was a separate cage.  Inside was a miniature donkey who was just standing there, staring at the ground.  Was he to remain in that cage for hours on end?  Most likely.  These animals are often carted around from one fair to the next.  The stress of interacting with large numbers of people takes a toll on their health as they are rarely allowed to rest when on display.

Another animal display you will find at a country fair are entertainment shows involving horses and cattle.  These can include rodeos and cattle penning.  Again, animals are forced to endure hours of confinement, stress and possible injury.  At the same country fair, I came across a livestock trailer parked outside of the outdoor arena.

Peering inside, I saw countless beef cattle crammed together in the trailer with barely enough room to move.  I could see the fear in their eyes, the uncertainty of what was about to happen.  A few were unloaded at a time into the arena where they were chased around by a rider and horse – a “sport” known as penning.  I could not watch and had to walk away.  The image of the cattle still haunts me as I am well aware that they are all dead now.  The thought of using such gentle creatures for entertainment and then slaughtering them is beyond my comprehension.  Sadly, it is a reality and one that I cannot hide from living in the country.

The overall theme of the country fair is to promote agricultural practices in a favorable light.  The dairy displays shamelessly endorsed by the industry leaders, attracting children with games and activities.  The posters showing the benefits of eating beef, hung up next to a living, breathing cow.  It is a practice that is unlikely to change any time soon but you can make a difference.  If you see animals being mistreated at your local fair, report it.  Educate yourself and others by sharing this post and starting a converstation around the hidden cruelty of country fairs.

“There comes a time when one must take a position that is neither safe, nor politic, nor popular, but he must take it because conscience tells him it is right.”