Are We That Different? The Heartbreaking Truth About How Animals Mourn 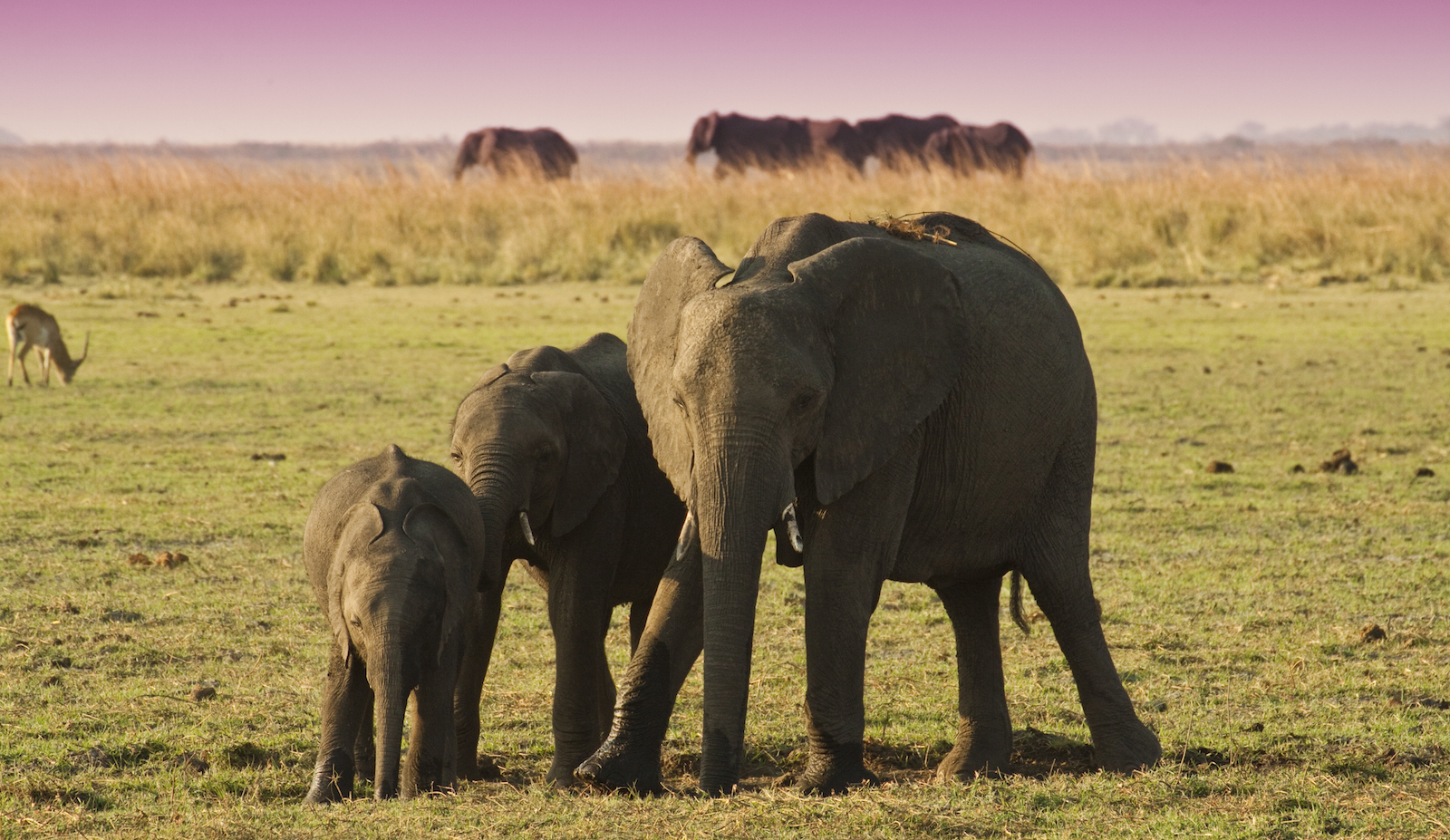 It has always been good scientific practice to avoid anthropomorphizing animals while studying them. Attributing human qualities and feelings to animal behavior is frowned upon in the field as it can skew our perception of what the behavior means. In the past few years, though, many animal behaviorists have started to look at certain species of animals in a new, human-like light.

After hearing and sharing hundreds of stories of animal mourning, this subject has been approached with a new lens. Across the board, scientists in animal behavior, ecology, biology, and numerous other fields are finding that the evidence is there: non-human animals have the capacity for not just emotion, but also for love and grief. Most of the evidence we currently have is anecdotal, but thanks to these fascinating, yet heart-wrenching, stories, we are exploring a whole new side of animal behavior and emotion.

The most well-understood and recognized animal that displays signs of grief and mourning is the elephant. Elephants have been noted mourning both humans and other elephants.

Barbara King discusses the story of Eleanor in her book, How Animals Grieve. Eleanor was the matriarch of her herd at Samburu National Reserve in Kenya. Scientists knew when it was Eleanor’s time to go and tracked the herds reaction to her struggle and death. When Eleanor collapsed, a female from another herd, Grace, came to her side and helped Eleanor back on her feet. When Eleanor fell once more, Grace stayed with her, despite her own family moving forward. Eleanor passed away, and during the days that followed her body was visited by females from five separate elephant herds. These animals showed obvious signs of mourning such as rocking back and forth while standing over the body.

In 2012, elephants were seen mourning the human who had saved them, Lawrence Anthony. Anthony, author of The Elephant Whisperer, spent much of his life working to save elephants. He rescued several elephants from the Baghdad Zoo, as well as many others. Upon his passing, the herd of elephants he had worked so hard to save made the 12-hour trek to his home to mourn their human friend.

Elephants have even been said to shed tears during times of grief. According to Charlie Mayhew, of the Tusk Trust, elephants have been seen burying their dead, covering carcasses with branches and even taking the tusks to be placed at a different spot. There is no doubt these animals think, feel, and mourn much like people. 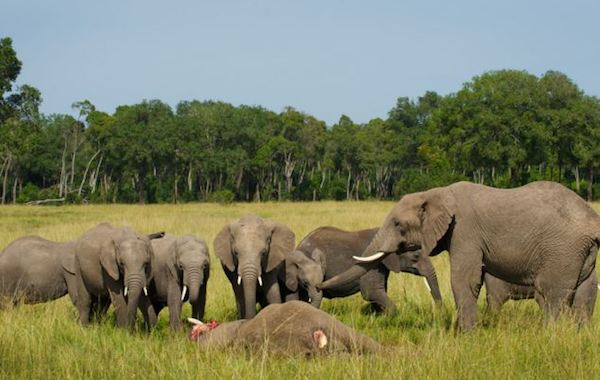 We’ve seen the videos, stories and pictures. Across all countries and cultures there are examples of dogs and cats mourning the loss of their friends and their humans.

To study and understand grief among animals, scientists had to establish a definition of grief and mourning. Although “animal response to death” includes any behavior exhibited after the loss of a companion animal, grief is only documented when certain conditions are met. Barbara King explains in How Animals Grieve that, for a behavior to be considered grief, two or more animals must, first, choose to spend time together beyond what is necessary for survival. Second, when one of the animals dies, the other must alter its behavior. This could be anything from reducing time devoted to eating and sleeping to agitation.

The film, Hachi, was based on the Akita who continued to wait for his owner at the train station every day, long after his dad’s death. There are news stories and videos of dogs refusing to leave their owner’s graves. Capitán, one example of this, disappeared upon his dad’s death. He was found laying on the grave of his late guardian and refused to leave. He continued to live at the cemetery, mourning.

Our pets also mourn the loss of each other. Barbara King shared a story of Willa, the Siamese cat, in her article, “When Animals Mourn.” Willa and her sister Carson lived together in their home for 14 years. They played together, slept intertwined and groomed one another. When Carson passed away at the vet due to medical issues, Willa became agitated. Within two or three days of her sister being gone, Willa began to make strange, wailing sounds and to search the spots she and Carson had favored together. Even after months, Willa remained lethargic. 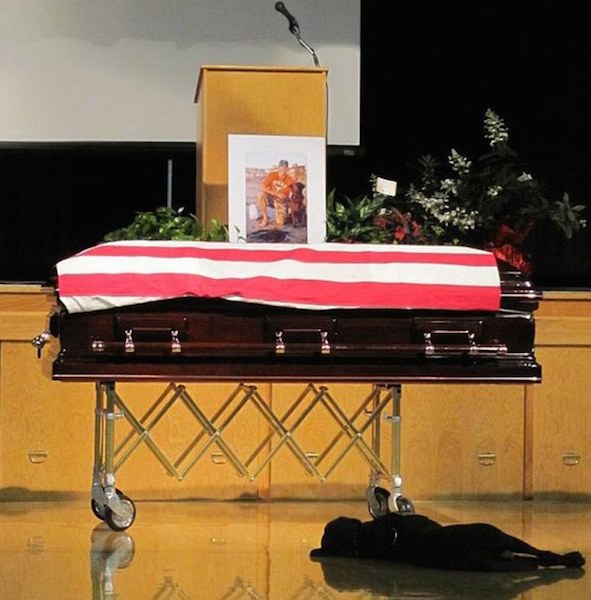 Mourning has even been witnessed in species of animal we wouldn’t normally associate with intelligence and social behaviors.

Geese, for example, have displayed evidence of grief and mourning. If its life-long partner dies, a goose will go through the mourning process where they lose weight, separate from their flock and submit to other geese. Eventually, though, the goose will find another mate, typically one who has also lost its partner. 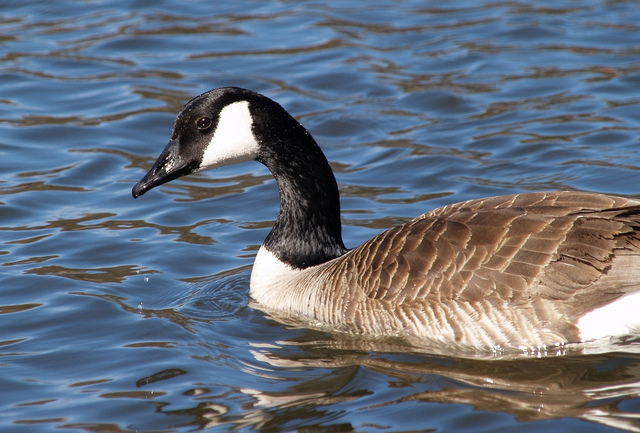 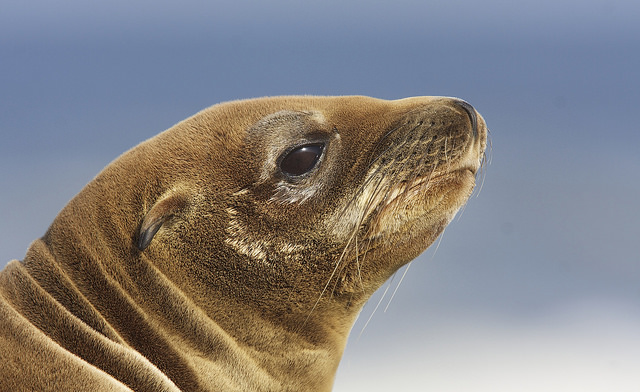 Dolphin mothers have been seen, on multiple occasions, desperately trying to carry their dead calves with them. For days these mother’s try to care for their young. Often the mother’s pod will slow their pace to stay by the struggling mother. In one count, other members of the pod helped carry the calf’s body when the mother’s strength began to fade.

Giraffes, chimps, gorillas, horses and many other species of animal have been said to experience grief and mourn the loss of children, companions and friends. Barbara King wrote “Love in the animal world often entwines with grief in an acute mutuality.”

Seeing animals mourn, experiencing emotions we are so familiar with is shocking. It’s beautiful in a heavy-hearted way. It allows people everywhere to connect to animals on a deeper level and understand that the differences between us and them are so small.