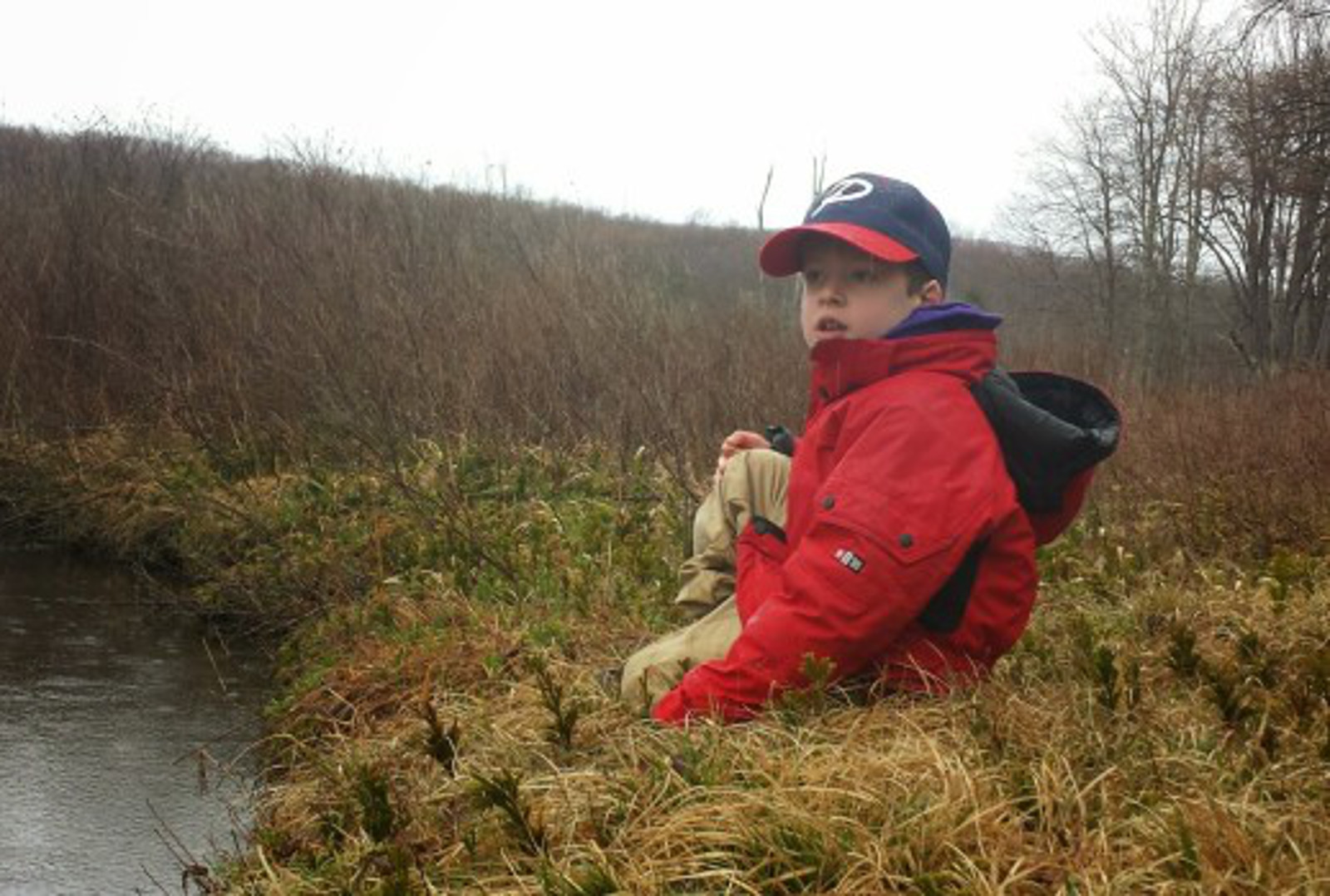 It waits in the dark, beady-eyed and skulking under the shadow of a flat river rock. Wrinkled, murky gray-green-brown, the beast oozes slime in the shallows, ready to lunge at an unsuspecting five-year old’s fingers … ready to make bedtime stories interesting again for me. 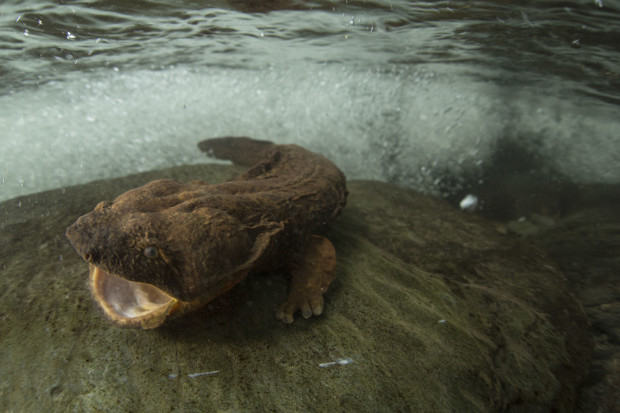 “The Eastern hellbender.” Photo by U.S. Department of Agriculture

Tired of poky little puppies and giving a mouse a cookie? Try these three steps to put down the well-trod books, and find your inner bedtime storyteller:

Every story follows a similar path: a setting, characters (including a hero), a conflict, and a resolution. But, oh dear teller, how do you fill in those blanks?

Start with a real animal to capture your child’s imagination.

For me, the story of the eastern hellbender is told late at night when my son should already be asleep. Sometimes as a Teenage Mutant Ninja Allegheny Alligator, transformed by mutagen from West Virginia’s chemical industry. Sometimes it’s the snot otter, whose super snot makes him invincible against bad guys (and gross enough to keep a five-year-old enthralled). And sometimes it’s the devil dog, wild, magical, antihero friend to a five-year-old.

Growing to over two feet long, the hellbender looks like a cross between a lizard, a fish, and an eel – although it is actually a giant of a salamander. Lore says they possess a venomous bite and are killers of game fish, but the truth is that they are largely harmless to humans. As predators, they mostly just catch crayfish (don’t tell my son). 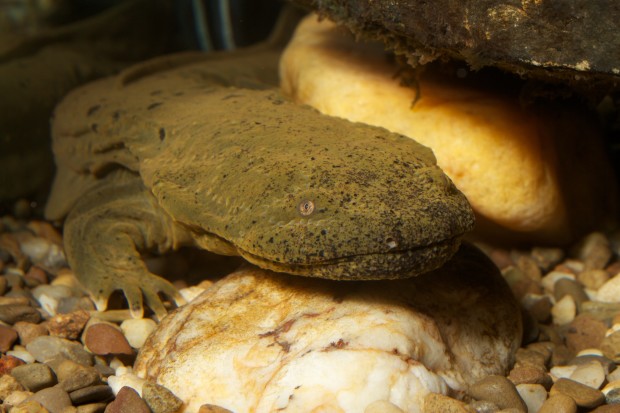 2. Base Your Story in Your Child’s Reality

The first time I told a story about the hellbender and his ninja friend, my son asked if the ninja boy was him. I hadn’t thought to say yes, but why not? To get wrapped up in a story, a young child needs to feel like they are part of the story. Let your child drive the plot and create other characters in order to get them more invested.

What does the villain look like? What are their super powers? Is the villain made of whipped cream with a magical maraschino cherry mind control hat? Sure, why not? Your child can unlock all those answers for you.

Setting up a story that grabs your child’s imagination is critical, but don’t forget to keep your own interest. For me, the mysterious hellbender is just the type of beast to stoke the imaginations of father and son. And like many wondrous things, the hellbender is in trouble. 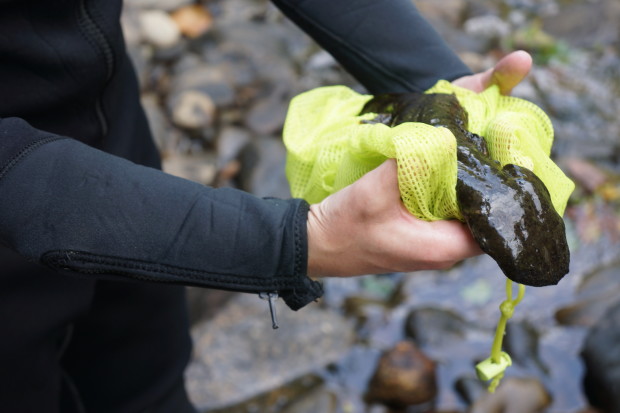 Because the hellbender breathes entirely through its skin and absorbs pollutants in the water, many are getting sick. Many of the states that the hellbender populates, such as West Virginia, are known for a legacy of mining, gas drilling, coal-burning power plants and chemical production. Water quality has suffered due to these extractive industries and is compounded by alterations to habitat due to dams, foresting, and development, and in turn species such as the hellbender pay the price. The hellbender population dropped so drastically that it was named is a Federal Species of Concern.

Finishing a story can be daunting, but remember that fairy tales have happy endings. The hellbender remains a go-to story for me because it has people out there working to for a real happy ending. This year I was able to show my son the West Virginia ninjas working behind the scenes for the hellbender by bringing my family to the Rivers Coalition’s 25th Anniversary celebration in Canaan Valley State Park. 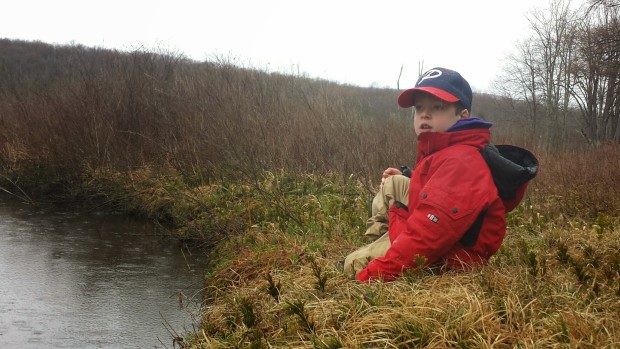 The first statewide river advocacy group east of the Rockies. West Virginia Rivers Coalition, National Wildlife Federation’s Affiliate in West Virginia, speaks for thousands of people – and hellbenders – who care about rivers and clean water. They advocate for clean water on the state and federal level, and work with groups on the ground to monitor water quality and educate the public. Their 25th anniversary brought together many of the anglers, paddlers, and clean water advocates who have made the organization what it is today.

Thanks to West Virginia Rivers Coalition and their friends, the waters that the hellbender needs to survive are a bit cleaner and looking better every day – so the hellbender will continue to be a key part of my son’s bedtime stories.

What wildlife are you going to use in your next bedtime story? Share your ideas with us in a comment below!