Should You Take the Bait? The Pros and the Cons of Shark Ecotourism 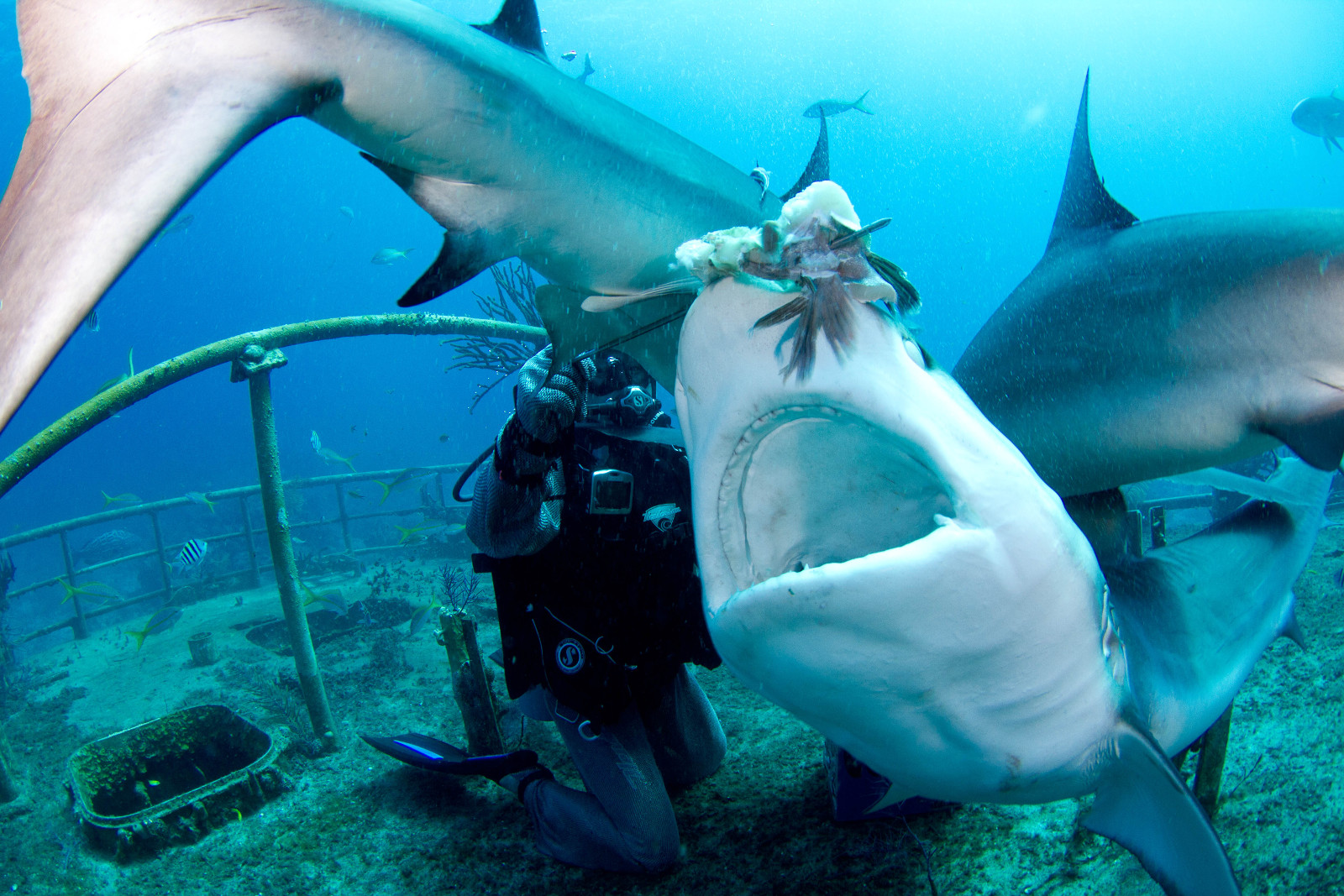 As avid Green Monsters, we do not support the irresponsible feeding of wildlife. It can put animal populations at risk, damage natural behaviors, and increase the chance of obtaining an injury. Despite these risks, can feeding of some wildlife be … beneficial? This may be the case for one of the most misunderstood apex predators — sharks.

Sharks are far too often made out to be cold-blooded killers that actively seek out humans as a source of food. This completely irrational fear leads people to believe that the slaughter of these “menacing man-eaters” (wow, how terrifying …) is valid and acceptable. What most humans don’t realize is that sharks are actually keystone species that help keep food webs in check, maintain prey populations, and keep sea grass beds healthy. If that doesn’t appeal to you, these predators are incredibly important to humans, and can often serve as a form of income through ecotourism methods.

Seeing as how tourism companies often use bait, chum, or other food-based methods to attract sharks, the question we must now ask ourselves is whether or not ecotourism is beneficial for shark conservation. As we continue to slaughter their populations, is this truly a responsible way to promote shark education, research, and conservation? (And before you ask, the dumb phenom of shark riding does NOT count as responsible tourism …)

Sharks Bring in the Big Bucks.

In 2011, Floridian researchers set out to compare the prices of live vs. caught sharks. After surveying 376 ecotour operations across 83 locations, they discovered that one live shark could be worth $73 a day (or about $200,000 in it’s entire lifetime!). The difference is pretty drastic when compared to the mere $50 “one-off” payment on shark-fin soup.

In Palau, shark diving generates $18 million per year and makes up 8 percent of the country’s GDP. Comparably, shark fishing is valued at approximately $10,800 — hardly a competition if you ask us!

In the Maldives, whale sharks attract up to 78,000 tourists and rake in more than $7.6 million annually. Clearly, sharks are proving to be a lot more useful alive than dead, and some countries have even decided to ban shark-fishing in order to bring in bigger ecotourism-based bucks. Cha ching!

By bringing individuals (SAFELY) face-to-face with these misunderstood fishies, sharks are able to make an everlasting impression on their guests. Shark tourism companies offer a variety of options (i.e. cage diving, top-side viewing, snorkeling tours) so that people of all skill levels can enjoy an unforgettable experience.

Most tourism companies also make a point to incorporate education into their routines. To achieve this, marine biologists are hired to inform guests on shark biology, behaviors, and conservation efforts.

A new study revealed that feeding sharks in species-heavy areas leads to competition and the domination of a single species at the expense of another. During the study, eight shark species were recorded during feeding sessions. As time progressed, scientists realized that the larger sharks were taking over the feeding areas, leaving the smaller sharks to either leave the reef or starve.

How would you like it if you were constantly forced to battle Dwayne “The Rock” Johnson for a simple granola bar? Our guess is —  unless you’re a worthy match like Vin Diesel — you’re probably not going to put up much of a fight …

Sharks Can Be Conditioned to Approach Boats … All Boats.

Sharks are naturally shy and will almost always avoid contact with humans. Still, they are pretty decent learners, and can easily associate vessels with food. While this learned behavior is useful to ecotourism companies, it can actually lead to increased aggression and result in dangerous situations for people who are unknowingly in the animal’s presence.

There have been multiple cases of sharks — specifically whale sharks — literally begging for food at the sight of a boat. These gentle giants will often rub their heads against the sides of vessels as they await their next meal. Friction caused by excessive rubbing can result in skin lesions, cuts, and other injuries. Furthermore, sharks are put at risk of entanglement, strandings, poaching, and propeller injuries whenever they come in contact with boats.

So Where Does That Leave Us as Tourists?

Shark eco-tourism — as well as the more specific method of baiting — is not a “black and white” situation. Basically, we’re kind of left in a grey area. While the ethics behind shark tourism can be a bit challenging to decipher, the best advice we can give is to simply do your research on specific shark tourism companies before you travel. The conservation group, Shark Trust, has provided a list of things to watch for before jumping into sharky waters. Professional scuba diver and long-term shark feeder, Cristina Zenato, has also provided her own set of guidelines as well as her own personal input on shark feeding operations.

If you still don’t feel comfortable feeding wildlife, most shark-focused snorkeling adventures will not bait customer-friendly waters. Also, simply taking a quick swim along a coral reef (WITH an exit buddy) may allow you the chance to naturally encounter a snoozing nurse shark or a friendly reef shark!

In the end, the decision is up to you.