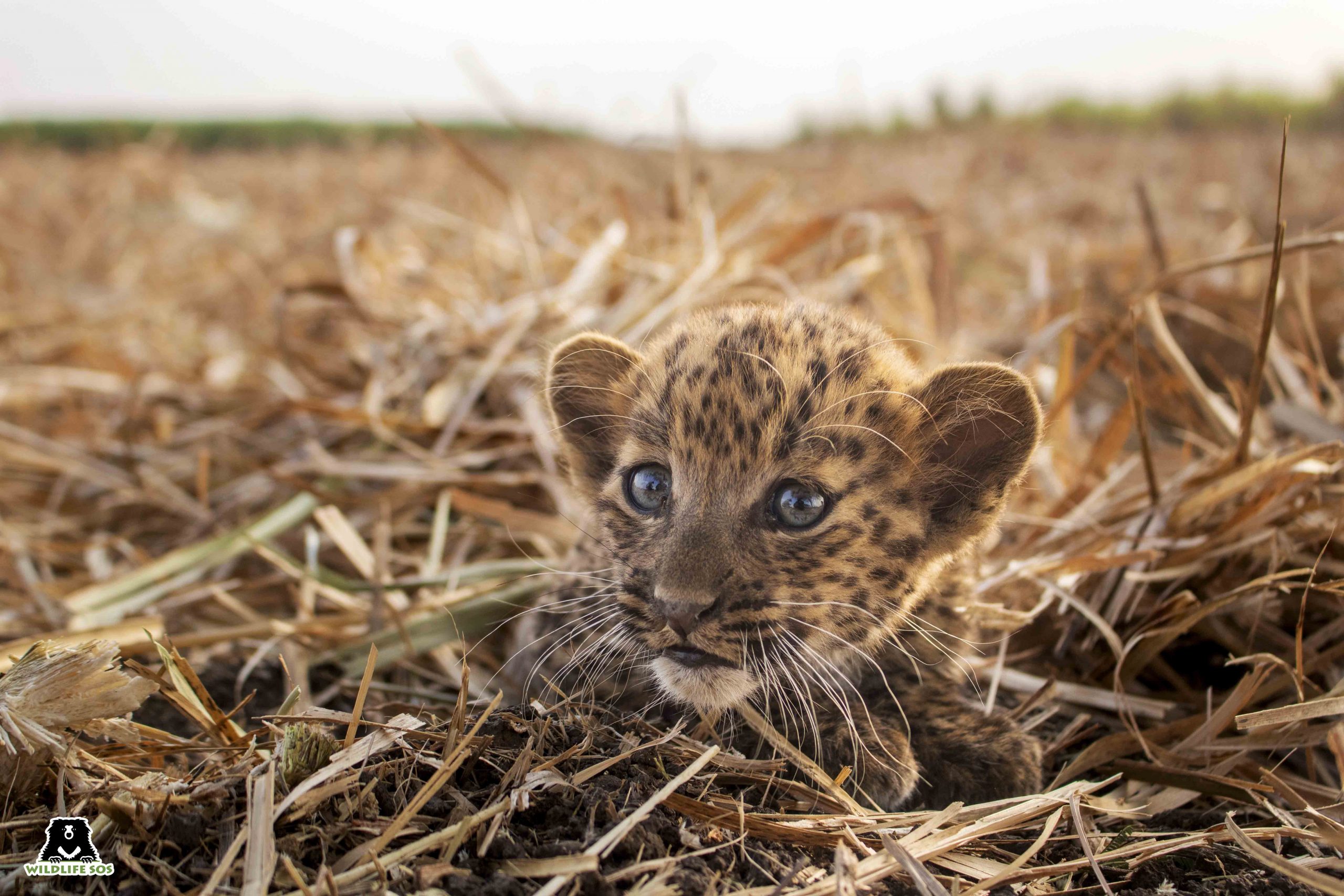 India-based conservation charity—Wildlife SOS has been actively working towards human-leopard conflict mitigation in Maharashtra since 2007, prioritizing safe rescue and rehabilitation of injured and orphaned leopards. The NGO’s team holds expertise in reuniting leopard cubs with their mothers when they are found astray in sugarcane fields during the harvest season. As it turns out, sugarcane harvest season happens to coincide with the breeding season of these big cats and female leopards rely heavily on the tall crop to shield their offspring from predators and human intervention. 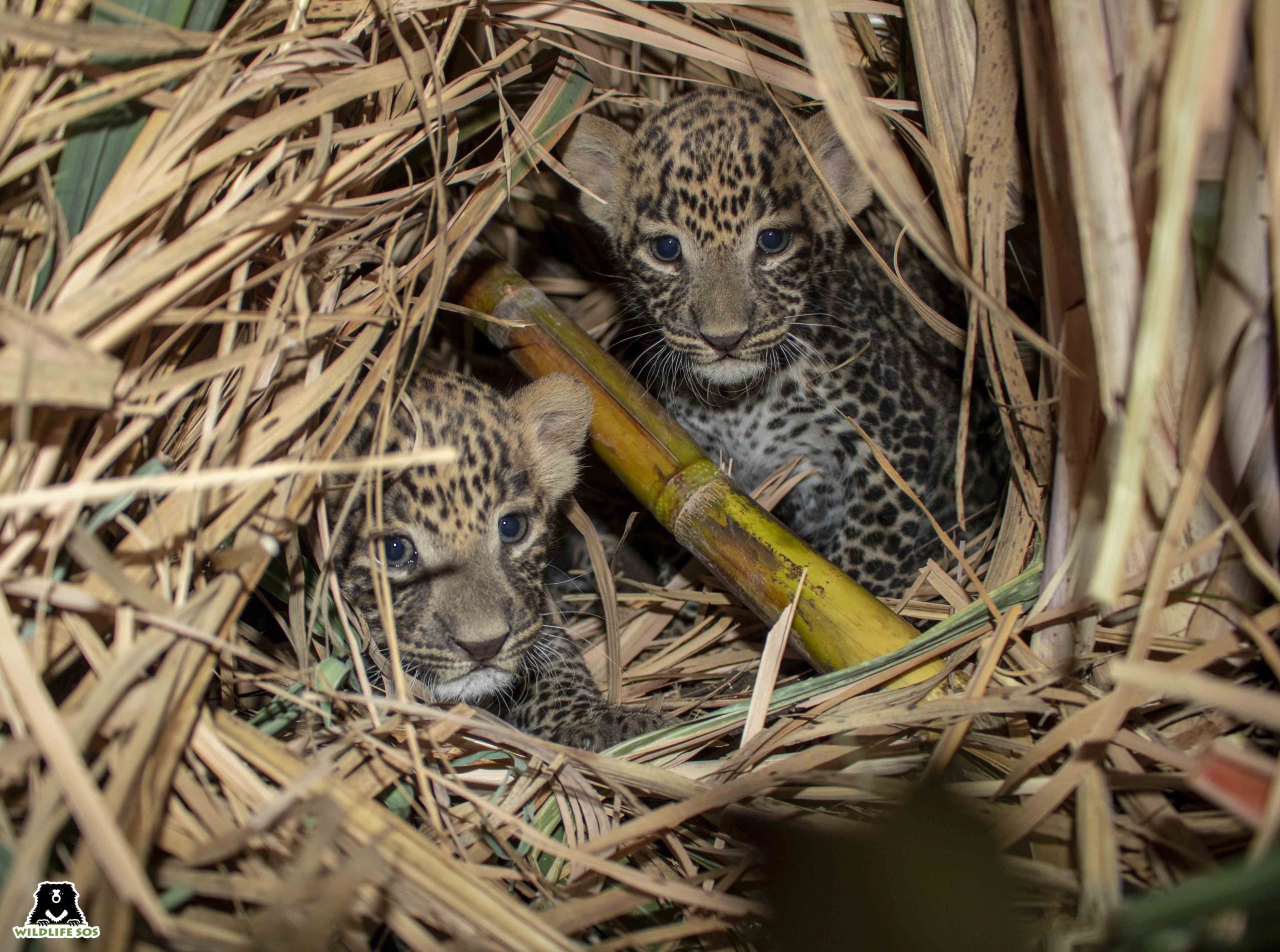 Wildlife SOS assists the Maharashtra Forest Department in the reunions, wherein the cub is placed in a safe box which is usually lined with scent markings like the cub’s urine drops to help the mother leopard locate it. Needless to say, it is not an easy task – there is always a chance that these reunion efforts don’t go as planned and in some cases, the mother may not return for her cub. It is only after multiple reunion attempts that the cub is declared to be abandoned and the organization arranges for the safe rehabilitation at the Wildlife SOS Leopard Rescue Centre in Junnar division located in Pune, Maharashtra. 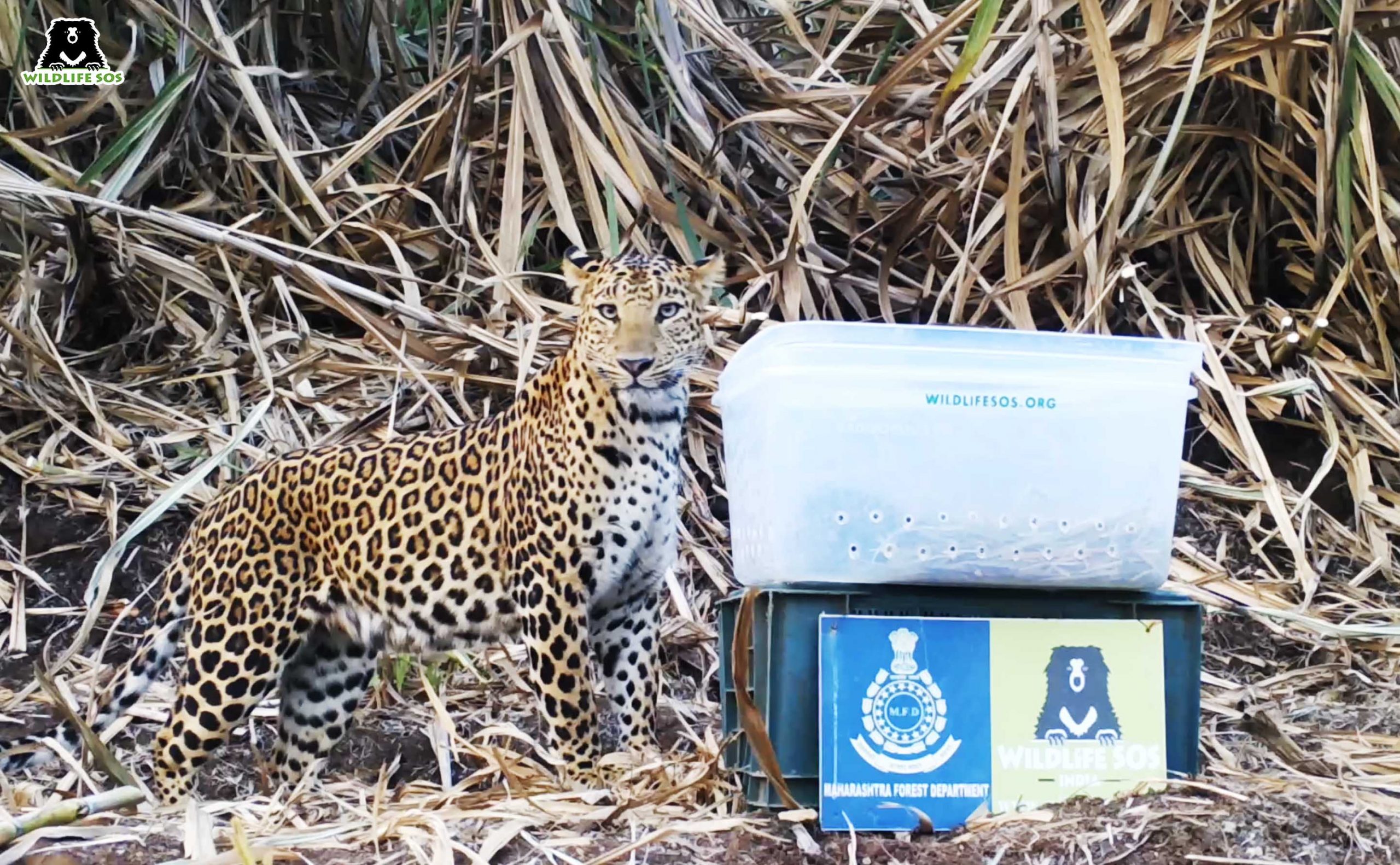 Cubs come to the Centre as small as 4 weeks old (called neonates). They struggle to keep their eyes open, mewling for their mother’s presence. It is the dedication of the leopard care staff that saves the day. Leopard cubs are dependent on their mothers until the age of two years in the wild, and this period is crucial as they learn survival skills from their mothers. Mother leopards teach their cubs to hunt, how to hide, which areas to avoid, which areas to venture to and how to protect themselves in the face of danger. If this learning process is abruptly halted or ended altogether, the chances of long-term survival for the cubs in the wild become bleak. When these young leopards arrive at the Wildlife SOS Leopard Rescue Centre, we understand their fear and anxiety, being separated from their mother and surrounded by unfamiliar faces. It is important to immediately quarantine the cub and run the necessary medical check-ups needed to ascertain if they suffer from any infection or disease. The veterinary team notes down the weight, estimated age, height (from tail to tip of the nose) and also examines the cub’s claws and paws. 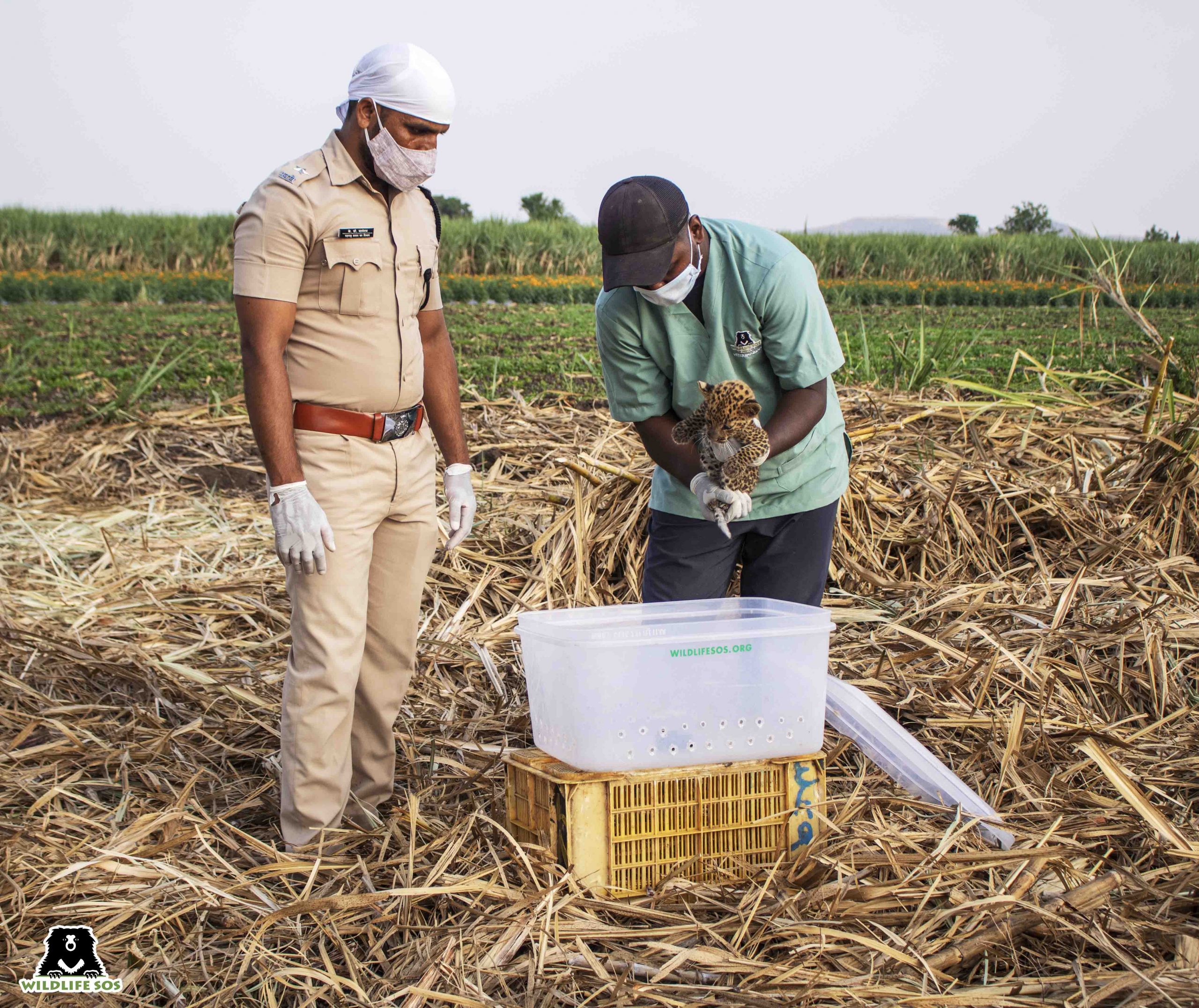 The biggest challenge at this point is feeding the cub and putting them on a milk formula or lactogen, which helps them gain weight and strength during the nascent stages. In the wild, leopard cubs immediately feed on their mother’s milk, called colostrum, which has all the necessary nutrients required by the cub to grow. The formula is prepared in feeding bottles with a specific temperature as this is crucial for their growth. Young, enthusiastic, and famished cubs often play around with the bottles as they gently take the formula in, acquiring the new taste. It is not always as easy as it looks. Many times, cubs completely refuse to take the formula and end up growing dangerously weak, especially in the first 2 months of their rehabilitation.

Naturally, the cubs miss their mothers and there is an instinctive fear of the unknown, but the veterinary team and leopard caregivers leave no stone unturned to ensure that they keep safe and comfortable. It is with their consistent efforts that the leopard cubs take to the bottle and begin feeding for the first 60 days. After these 60 days, depending on their growth and adaptability, the team introduces them to solid food such as eggs and meat, which is important for their nutritional needs. 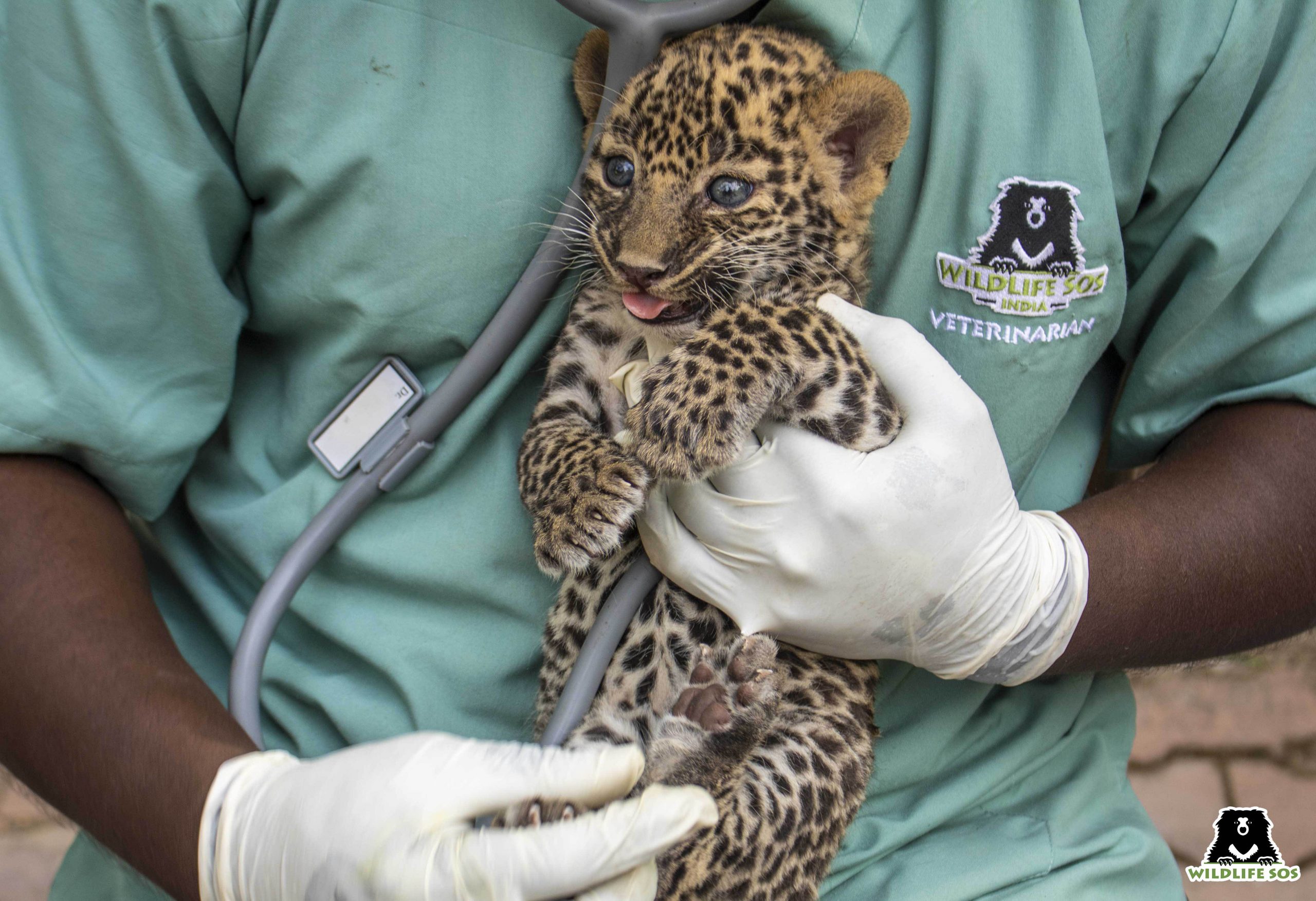 Another delicate aspect of hand-raising leopard cubs is that in the first 30 days when they need intensive care and attention. The leopard caregivers sleep in the same area as where the cubs are housed for the first week, waking up every two hours to prepare the formula and feed them. During this time, the veterinary team prioritizes observing their growth rate and the speed at which the cubs gain weight. Ideally, a healthy cub, under such intensive care and attention, should grow at the rate of 5% to 7% every day until the age of 3 months, while gaining body weight at 10% on an average, every day.

Wildlife SOS has hand-raised several cubs that were were left orphaned or abandoned when they were only a few weeks or months old, and have now turned into majestic, young leopards, some even inching towards geriatric care. In 2019, the NGO rescued Natalie and George, two cubs that were orphaned after their mother had drowned in an uncovered well. Today, under the dedicated care do the Wildlife SOS team, they’ve grown up to be healthy and active leopards. 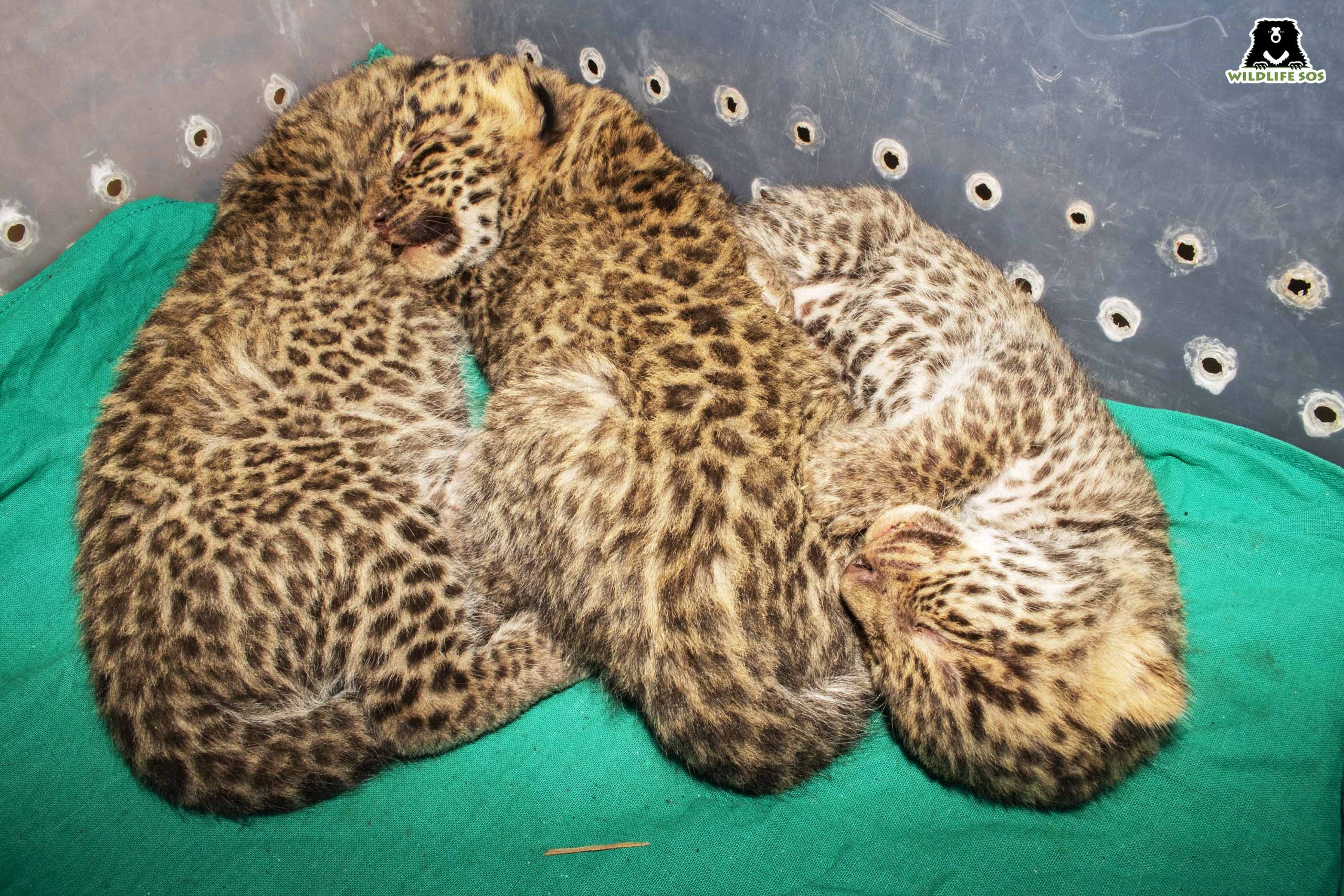 Hand-raising leopard cubs is the last option to resort to, after all efforts to reunite them with their families fail. Without the nurturing care of their mothers in the nascent stages, the young leopards will not be able to survive in the wild. Captive care and management of leopards involve a lot of effort, as they require a specialized diet and care.

Nonetheless, Wildlife SOS consistently works hard, with the support of the Forest Department, to ensure that captivity is the last resort. It is in our best intention to watch these cubs grow into the majestic leopards that they are, in the place they call “home”! 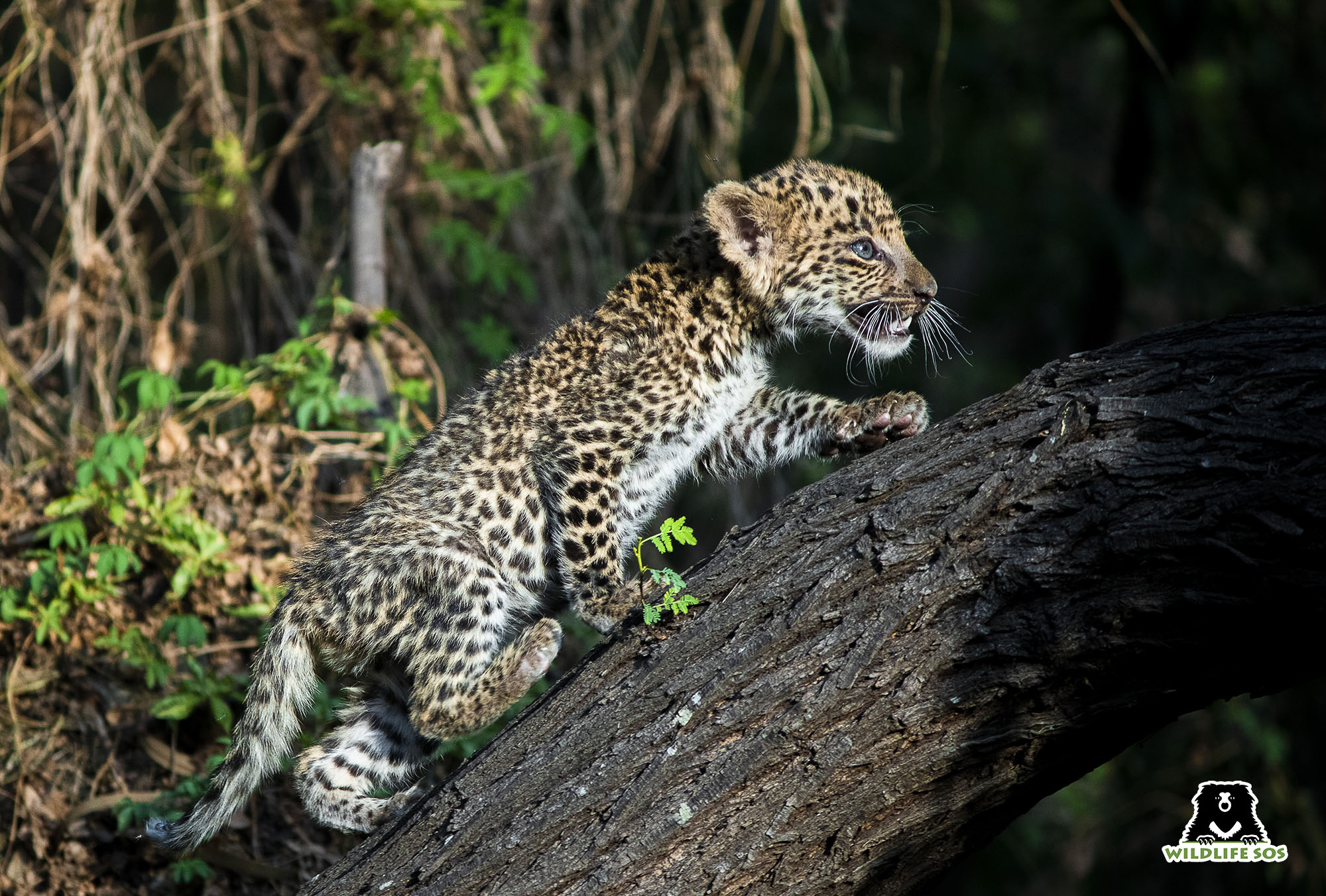 This year, during the harvest in Maharashtra, Wildlife SOS successfully reunited 18 leopard cubs with their mothers, breathing a sigh of relief that these cubs now have the chance to thrive in the wild!