The Cruelty Behind Pinnawala Elephant Orphanage 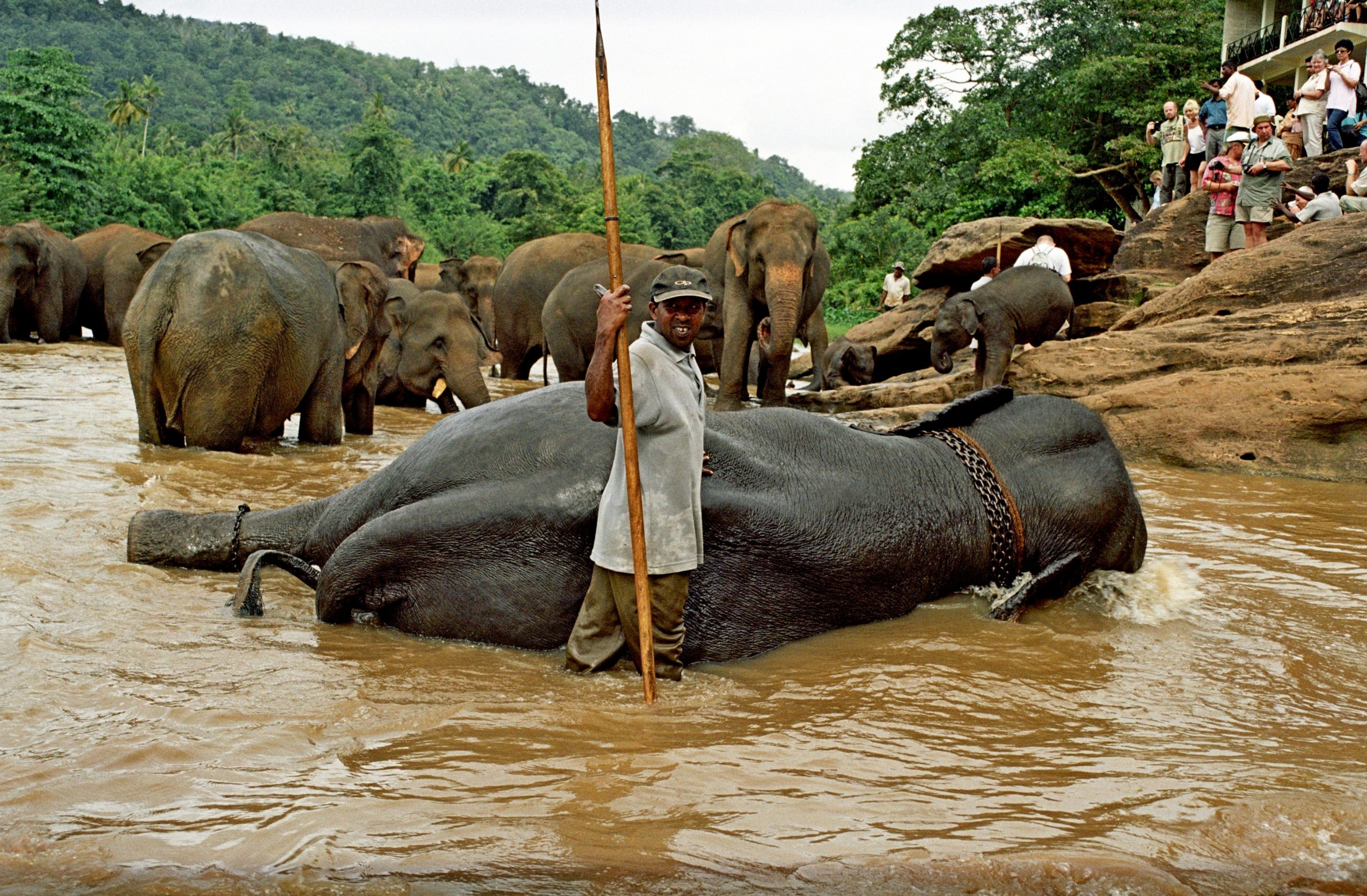 When you first hear the name “Pinnawala Elephant Orphanage” it’s easy to assume it’s exactly that — an orphanage. However, Pinnawala, located in Sri Lanka, has been breeding and holding elephants captive for entertainment purposes, rather than for the welfare of the animals. A sanctuary or orphanage’s role is to hold animals captive for their benefit and release them into the wild if they are fit to survive on their own.

By breeding and holding perfectly healthy elephants captive, Pinnawala Elephant Orphanage is more of a zoo than a sanctuary. Captive breeding programs do not help with conservation due to the interaction that these animals have with humans. Furthermore, visitors and animal rights organizations alike have spoken out about the extreme cruelty that these poor elephants endure.

As Toni Frohoff, an elephant biologist from In Defense of Animals (IDA), told the Dodo, “This is no elephant sanctuary by any means and its name is a discredit to real orphanages that actually serve welfare and conservation needs.”

In early September, one elephant gave birth to twins, which is a very rare occurrence in elephants, particularly in Asian elephants. This news has spread far and wide, with videos and photos celebrating the rare and joyous occasion. However, the welfare of the mother and calves is nothing to celebrate.

As seen in the video, the mother is chained up, which reduces her mobility and increases stress. Instead of being able to roam outside or sit on a soft bed of sand, the family spends their time in a pen with a concrete floor. Research by the University of Queensland has shown that “If you expose elephants to concrete daily then you limit their ability to exercise their foot tissues the same way they do in the wild, creating a perfect environment for foot diseases to flourish.” Sand is also important for thermoregulation and promoting natural behaviors like digging and foraging.

As a breastfeeding mother, she (and her calves) require a significant amount of clean, fresh drinking water available. It’s unclear if Pinnawala has this available for the family.

What Visitors Have to Say

There is an abundance of individuals who have had negative experiences at this animal attraction.

One visitor expressed their concern for the elephants’ wellbeing, “All elephants chained at night. Most show strong stereotypic behaviours. Many elephants are fat – saw a mahout feeding ice cream to one elephant. Many have chain scars on their legs and must stand in their own faeces all night. The bulls are almost always chained, some not even having shelter. They also sell their elephants to many first and second world zoos. DO NOT SUPPORT!”

Another simply said, “All looks wonderful, but Mahouts have bullhooks and they use them…. they have no respect for the elephants.”

Quite upset, a visitor expressed her concerns about whether Pinnawala was actually an orphanage or just a zoo, “I just visited the ‘orphanage’ today and am still upset over what I saw – all of the elephants were chained on one front and one back leg and were barely able to move in any direction. They were clearly distressed and many had scars from the shackles. In the brochure I received, it states that ‘the primary purpose of the orphanage has been to provide shelter to these orphan baby elephants lost & injured in the wild.’ They are not orphans. Many have been born there and they boast that they’ve had ‘70 births from the inception of the institute.’ It’s not an orphanage, but an overcrowded, incredibly sad zoo. I cried in the bathroom for 10 minutes before I had to leave.”

One individual even wrote a blog post about the cruelty at the “orphanage.” She described the heartbreaking sights of the elephants being chained up alone and threatened with physical abuse.

These are just a few of many, many distressed and upset reviews on Tripadvisor.

The Pinnawala Elephant Orphanage replies to most of their negative comments, explaining why they chain their animals (to protect them from traffic) and acknowledging other visitor concerns. Unfortunately, this does not excuse their overall treatment of the animals.

Elephant Exploitation Around the World

Elephants are regularly exploited for tourism. They are majestic and incredibly intelligent creatures that well-intentioned tourists want to interact with. However, the reality is that animals are not a commodity or a source of entertainment for humans.

When an elephant is removed from the wild, it disrupts the social dynamics in its herd and severs lifelong bonds they create. Like humans, elephants grieve, which can be incredibly emotionally distressing and cause serious damage.

The next time you’re on holiday or want to interact with an elephant, please think again. Twenty minutes of fun for you is a lifetime of captivity and torture for them. It is simply not worth it.

Sri Lanka Elephant Cruelty and Torture created an email template that people can use to urge government officials to step in and advocate for these animals.