How Can We Save Sri Lanka’s Elephants From a Life in Captivity? 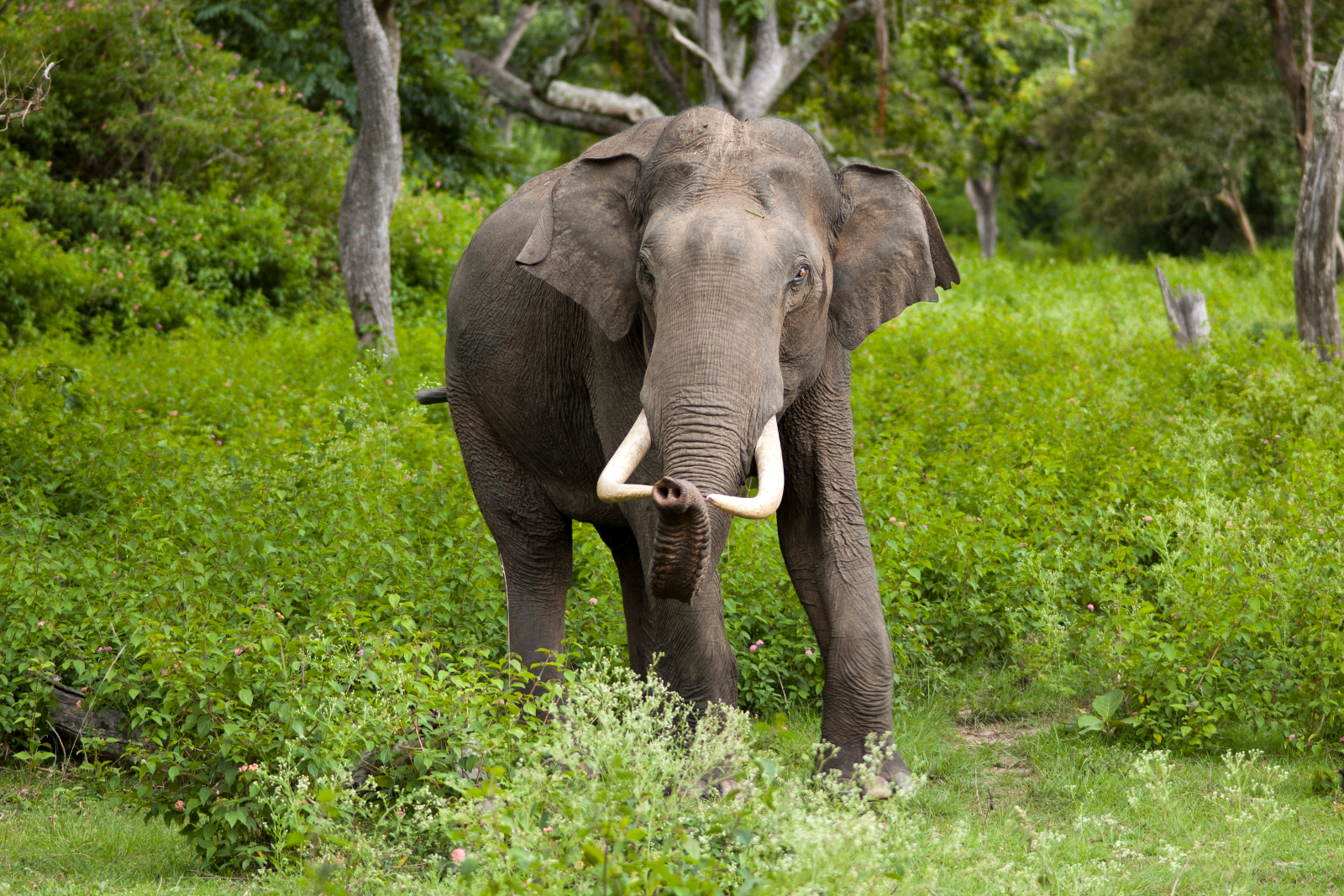 Driving along the main road through to Udawalawe National Park in Sri Lanka, past the market stalls selling sour wood apples (which not even a heaping spoonful of sugar can help), a rogue middle-aged elephant lingers on the side of the road. She’s used to begging for food from tourists who pass by. Even in the relative safety of the reserve, she runs the risk of poaching, or of being hit by a car.

Sri Lanka’s elephants are in peril.

There are likely 4,000 to 5,000 Asian elephants in Sri Lanka. This fragile population is susceptible to conflict with people, live capture for exports (to zoos or for captivity in the country’s temples), and habitat loss.

There are robust challenges facing the elephant. Ownership of an elephant is a status symbol; many Buddhist temples have a resident elephant; monks and other private owners are implicated in illegal capture from the wild; government officials are complicit in issuing ownership certificates for elephants known to be wild captured; and vets are implicated in producing fake certificates/affidavits.

But, even more nefarious, perhaps, is the export of elephants to zoos and other entertainment facilities overseas. These are often couched as diplomatic gifts or zoo-to-zoo exchanges, since capturing elephants from the wild is technically banned. Wild elephants are laundered into an approved captive facility (the zoo in Colombo or the Pinnawala Elephant Orphanage, for instance), and then exported on from there.

In just the past two years, elephants have been sent from Sri Lanka to the Prague Zoo in the Czech Republic, the Tama Zoo and Tokuyama in Japan, and Samsung Everland Zoo in Korea. There are regularly rumors of elephants on the verge of being shipped to the Auckland Zoo in New Zealand, as well. Sri Lanka is, sadly, the gateway for elephant exports in the region.

Why are these elephants so highly sought-after? Captive Asian elephants in zoos across the globe are not breeding successfully — or surviving in captivity — and numbers have to be bolstered by drawing from the wild. Unsustainable and tragic.

Cruel captivity is a serious problem, but human/elephant conflict is a ubiquitous challenge. When farmers come into conflict with elephants, it can be dangerous, and can have deadly consequences. Innovative strategies for dealing with such conflicts are vital. Born Free Foundation, for instance, is working to reduce crop raiding by elephants by encouraging farmers to grow elephant – resistant crops such as ginger, turmeric, black pepper, betel, and thibbatu. These crops are less likely to be trampled by elephants, and the income from these crops also helps offset any crop losses from other agricultural products such as rice, beans, or peanuts.

And, we’re also helping farm families. These same farmers who have to confront possible conflict with an elephant also send their children to school in the area, which involves long walks for the children through areas where they may, indeed, confront a wild elephant. Working with the Rathambalagama School, children receive infrastructure support such as clean water supplies and plumbing, electricity, furniture, library books, and a new toilet facility — and the community understands that they are receiving this support because of the wild elephants that they live alongside.

Ensuring Protection for the Wild Elephant

The key is protecting elephants, though, and Born Free is the longest supporter of the Elephant Transit Home in Udawalawe National Park. The elephants who come there may have been injured or orphaned, and they are sustained, protected, fed, and ultimately released into the Park. At any given time, around three dozen elephants receive care, and 90 have been released.

There are, however, competing facilities like this with less noble intentions. One, Pinnawala, is notorious for cruel treatment of elephants and exports overseas, while building up a zoo-like business model to draw in tourists, raise more money, and collect and ship more animals.

Sri Lanka is full of contradictions: a magnificent forested landscape, access to beaches and ocean water, and wildlife to be cherished. Sustainability is hard, however, when elephants compete for meager land resources and have interactions with humans that can be frightening, if not deadly. Sri Lanka’s elephants must be protected — in the wild where they belong, and safely in captivity when they are being nourished and revived for release once again. The Asian elephant is endangered, and the species can’t afford to lose one of its few remaining strongholds.

To learn more about the work BornFree is doing for elephants, click here.