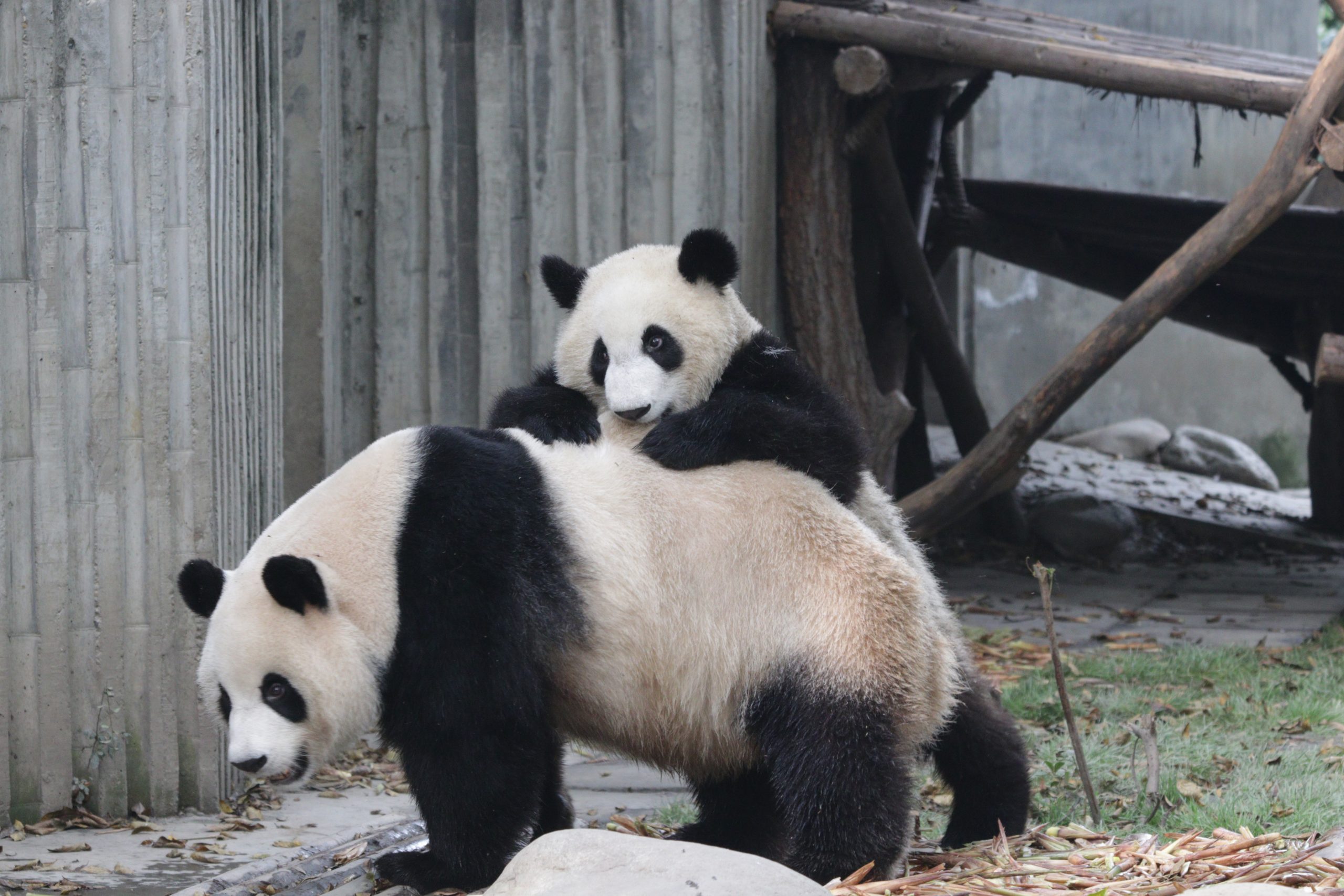 The birth of giant panda triplets at the Guangzhou Chimelong Safari Park in China was being hailed by those involved as a “miracle” and, in some ways, it was. Given the low success rate for mating in captive breeding programs for pandas, one cub is a big deal let alone three. Giant pandas are critically endangered, so much so, that there are only 1600 left in the wild. Since the 1960s efforts have been made to bring their numbers up, but the question remains, what is the best way to go about it? Captive breeding and reintroduction to the wild have helped to rehabilitate the numbers of other species, so one would think that the panda would benefit from the same approach. As it turns out, it isn’t quite that simple.

Why are They Endangered in the First Place?

With very few natural predators and strict enforcement on hunting bans, the decline of the giant panda’s numbers is mainly due to habitat loss in the bamboo forests of China’s Yangtze Basin region. Now one of the busiest and most populated areas of the country, unsustainable growth rapidly took over the areas where the pandas live, eat and breed. Due to this encroachment by humans, their habitat has also become fragmented, meaning large parts of their natural environment have been cut into pieces by roads and railroads. Pandas are hit by cars or otherwise injured and killed trying to cross from one part of their habitat to the next with the intention of mating or trying to find the bamboo that they subsist on.

Captive Breeding vs. Breeding in the Wild.

In the wild, several male pandas will typically compete for the chance to mate with a female. For her part, female pandas are choosy about who they will mate with and so the perfect combination has to be achieved before any panda hanky panky has a chance of taking place. With only a 36 hour window of fertility each year, the clock is ticking for this entire situation to play out, but studies have shown that it does. Dominant males in the wild will often mate with a female more than once during her fertile time frame, increasing the odds of producing offspring. With giant pandas typically giving birth every two years for up to 15 years in the wild, they are perfectly capable of reproducing on their own.

In captivity, however, the situation is very different. For one, the playing field is considerably less due to the limited amount of pandas in zoos. Pandas are swapped around from zoo to zoo and put together based on availability as opposed to preference. More often than not the female is disinterested in the offered choices and mating doesn’t occur. If the female actually does show interest in the prospect of mating with one of the provided males, just as often the male is either disinclined to participate or simply doesn’t know how. Researchers posit that this is due to so many of these pandas being bred in captivity themselves or caught very young in the wild. Without the chance to compete for a female in the wild and see what the older more dominant pandas do, researchers think they may simply not know how to breed. For most pandas in captivity, any “breeding” that occurs is usually through artificial insemination.

Zoos often cite conservation as a good deed that they do, but a zoo environment is the last place that a captive breeding program with the intent to reintroduce the animal into the wild would be successful. With each zoo only having one or two of an animal, it is common practice for them to trade animals between each other in an attempt to get the animals to breed, which disrupts social groups. Zoos also fail to simulate the animal’s natural environment and breed generations of captive animals, so the animals you see in the zoo today have more often than not never been outside of a zoo environment. This makes it virtually impossible to ever successfully reintroduce the animals into the wild that are being “conserved.”

How Can We Actually Help?

Captive breeding, in the proper setting with the proper intent, can be an important key in saving this species from extinction. However, if the giant panda has a hope of being saved, urgency needs to be placed first and foremost on habitat conservation. With their ability to reproduce on their own in the wild, preserving the panda’s natural habitat and eliminating human threats would allow for the panda’s numbers to increase naturally. Without a secure and intact habitat, there is no way to reintroduce these animals back into the wild and no way to stop the cycle from repeating itself, rendering the captive breeding portion of conservation efforts pointless.