The Problem with Wildlife Tourism and How to Travel Responsibly 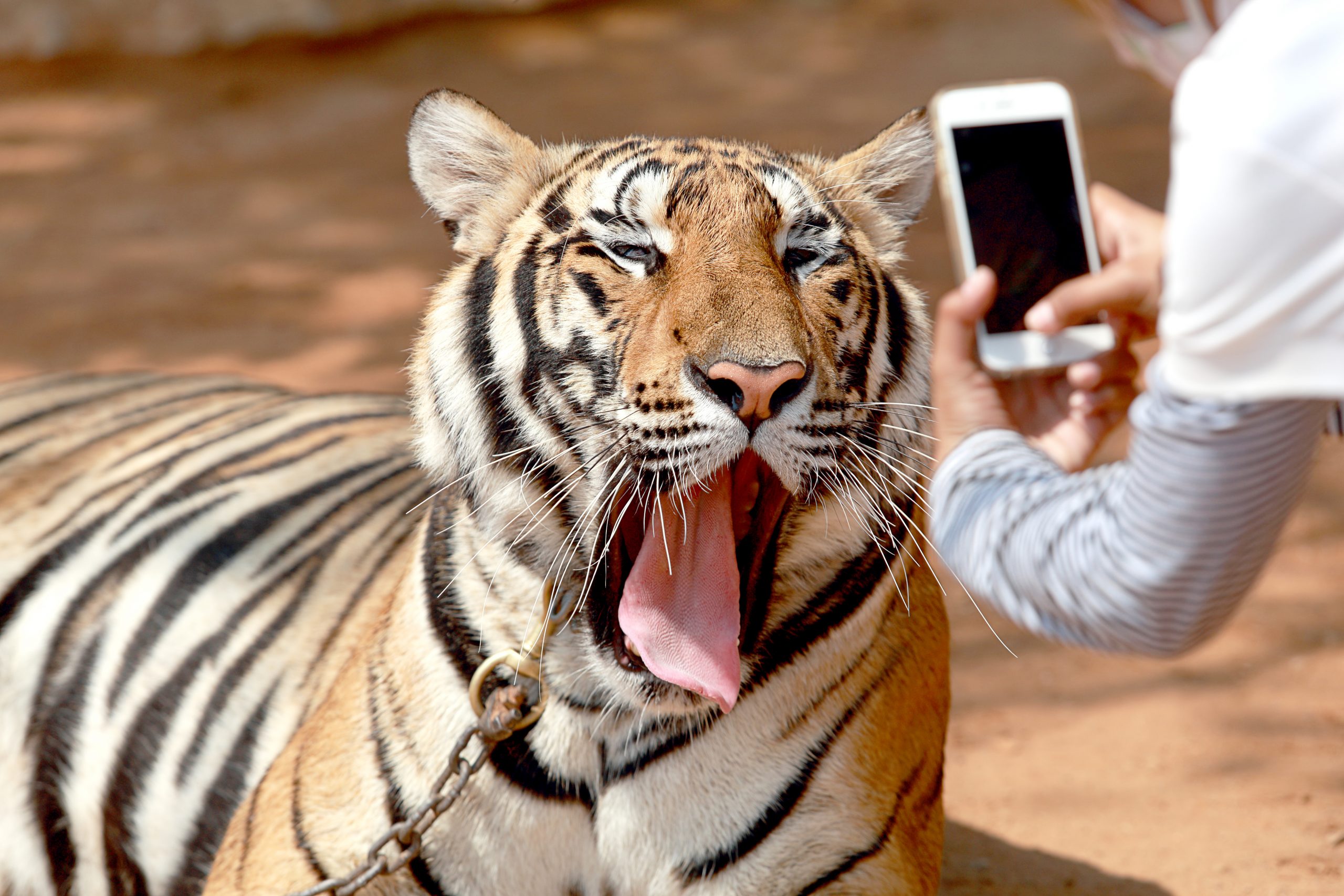 Animal tourism has been roughly estimated as contributing to 20 – 40% of all global tourism. Unfortunately, most animal tourist attractions ‘have substantial negative animal welfare and conservation impacts,’ as the tourism industry utilizes and exploits animals in an assortment of ways and places, from entertainment to transportation and from being ‘sought out in the wild’ to ‘displayed in captivity.’ ‘The common denominator to all these activities is that they relate to animals as objects rather than subjects — the animals are more often manipulated than recognized as purposive agents or actors in their own right.’ In this post, animal welfare and its importance in tourism will be addressed, as well as suggestions for making ethical animal tourism choices. 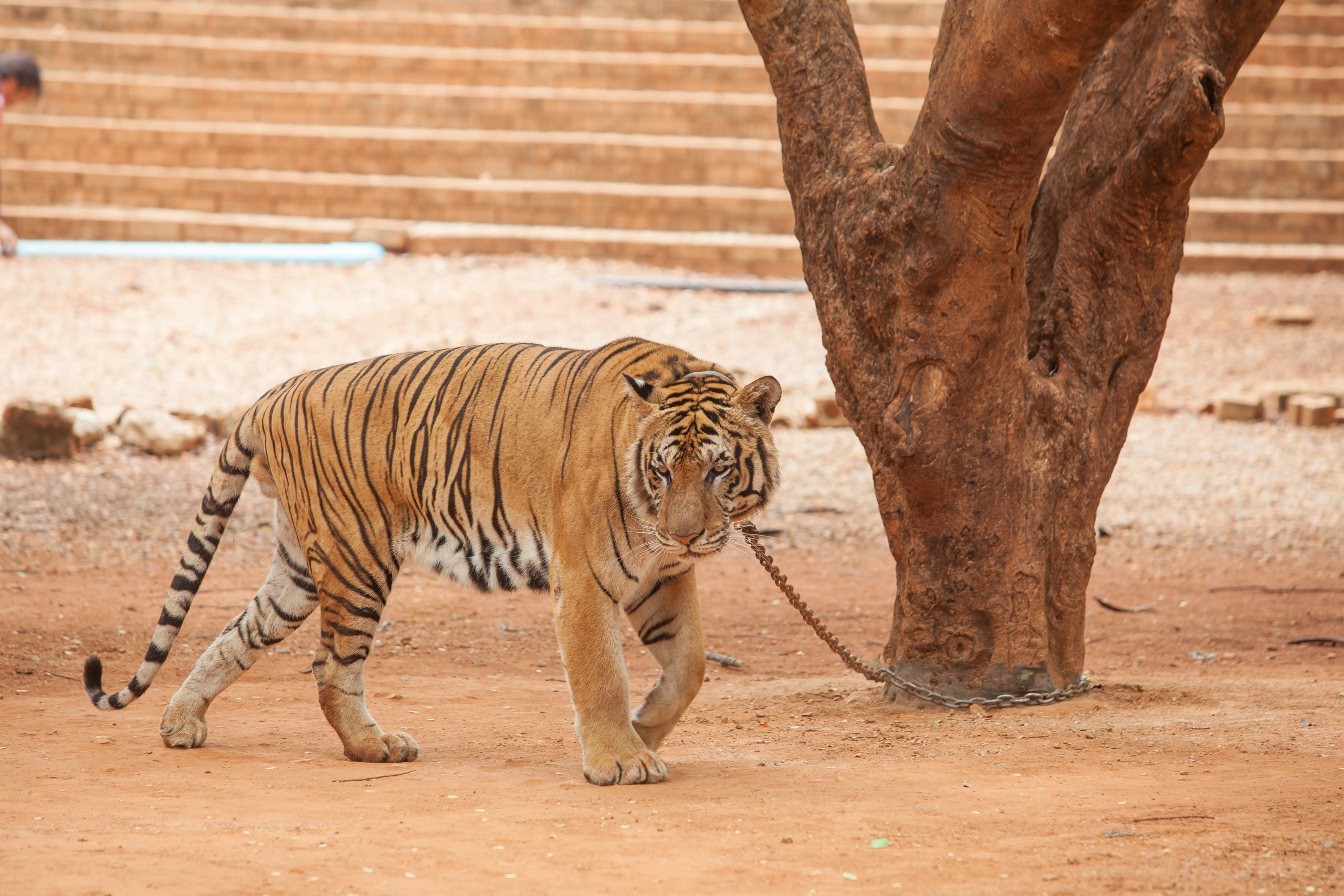 The welfare, or well-being, of an animal in captivity, is commonly assessed in accordance with the ‘five freedoms’ known as freedom from thirst and hunger; freedom from discomfort; freedom from pain, injury, and disease; freedom to express normal behavior; and freedom from fear and distress. However, without strict welfare standards and legislation that is recognized and enforced on a global scale, animal welfare and protection in tourism lack as tourists are left responsible for creating the acceptable standard of animal welfare that they will support financially.

Also lacking is the potentiality for tourists to make informed and ethical choices regarding their impact on animal welfare, as many are seeking authenticity yet are sold a ‘staged authenticity’ created for their animal tourism experience at the expense of the animals’ welfare. Due to this ‘staged authenticity,’ tourists are not fully exposed to or aware of the animal welfare issues they are supporting through their participation. Animals used in tourism are often stolen from the wild, physically and psychologically abused, and forced to live in a state of constant fear and suffering.

In Thailand, tourists were sold the ‘staged authenticity’ of a ‘Thai and Buddhist experience’ as they entered the Wat Pha Luang Ta Bua Yanasampanno Temple or “Tiger Temple” to pose for photos with tigers that were subdued ‘through drugging and physical force.’ Despite the poor animal welfare witnessed, many tourists considered this an authentic animal tourism attraction worthy of seeing. In June 2016, the authorities investigated the temple for animal abuse and illegal wildlife trafficking, discovering such upon finding the frozen remains of 40 tiger cubs. ‘Despite the close of this temple, similar attractions, such as “Tiger Kingdom,” remain popular.’

The welfare of wild gibbons also suffers as they are exploited for animal tourism. To capture the baby gibbon, the parents are killed and then the baby gibbon falls from the canopy, however, the survival of the baby gibbon from the fall is not guaranteed, leading to the death of several gibbons for the potential capture of one baby gibbon. It is warned that if tourists continue to support the poachers financially through animal attractions, gibbons will become extinct.

Elephants also fall victim to cruel practices in the animal tourism industry. Through early separation from their mothers, isolation, and severe beatings, the baby elephants are taught to be submissive, and therefore easier to manipulate. One witness, Soraida Sarwala, the founder of the Friends of the Asian Elephant Foundation, observed young elephants having hot irons placed on their hips to make them move as if they were dancing, to which she also observed tourists enjoying. The illegal capture and smuggling of baby elephants are also not uncommon, as they are extremely popular with tourists. Similarly, as with the capture of wild baby gibbons, many elephants are usually killed during the capture of one baby elephant. 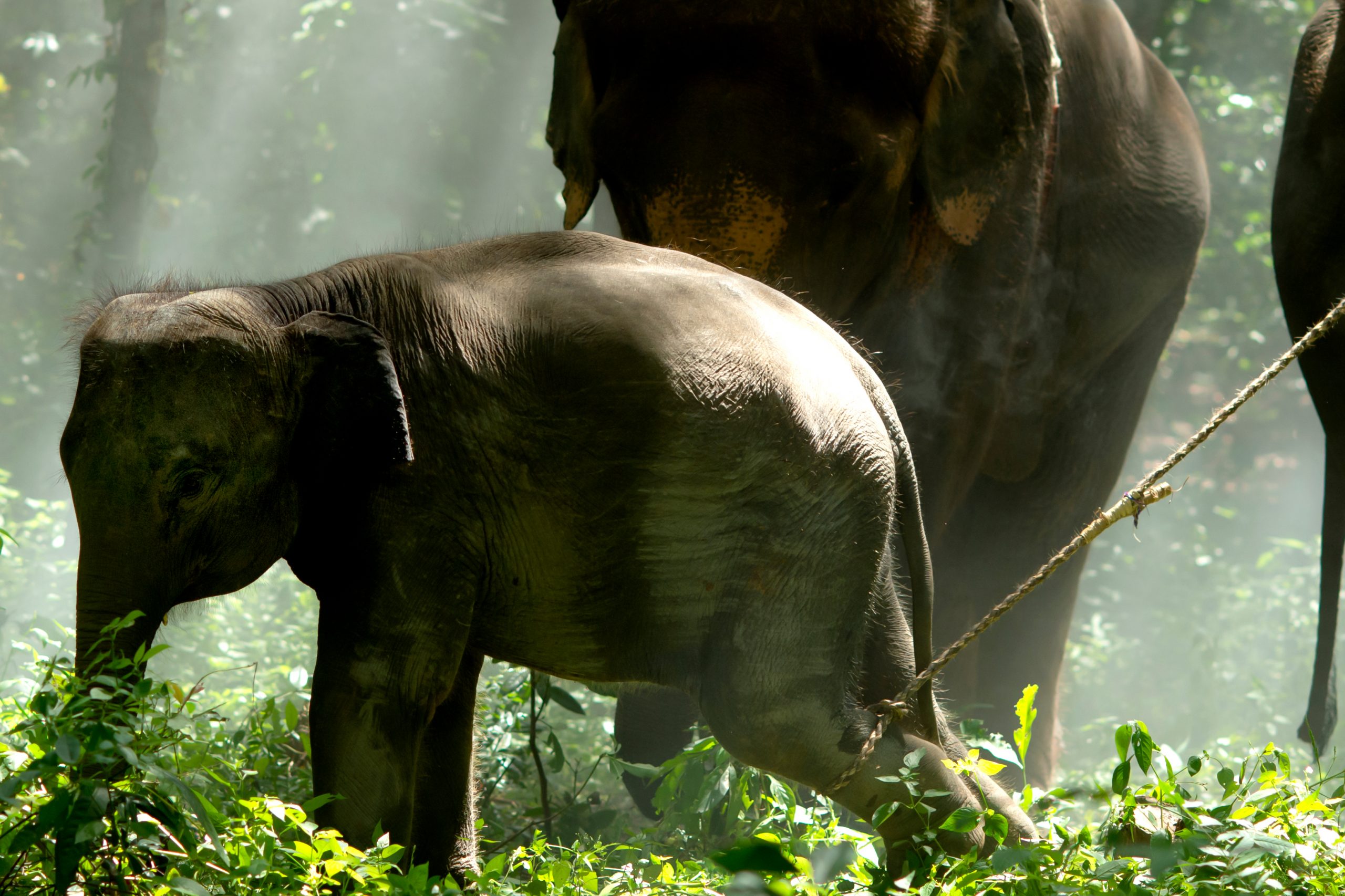 To improve animal welfare in tourism, it is necessary for society to grow in ‘awareness and empathy toward animal suffering,’ reject and ban animal attractions using cruel practices that cause ‘pain, discomfort, and suffering,’ and establish animal-free attractions. One exciting example of this includes the creation of realistic robotic dolphins to emulate the experience of the popular tourist attraction of swimming with dolphins kept in captivity.  As we grow in our understanding that dolphins kept in captivity suffer both mentally and physically, this new innovation is a step in the right direction to protect animals by prioritizing their welfare over human entertainment.

To further achieve improved animal welfare in tourism, World Animal Protection produced the following informative checklist for travelers, reminding that ‘culture is not an excuse for cruelty,’ encouraging tourists to research attractions for welfare concerns before visiting, in addition to documenting and reporting any and all animal maltreatment to the local authorities.

The checklist also calls for tourists to be mindful when making purchases to avoid financially supporting animal cruelty.  Situations in which animals are forced to exhibit unnatural behaviors, kept in enclosures, or are being handled by humans should always be avoided. This includes feeding, riding, or taking photos with animals.

In addition to avoiding direct animal tourism activities, travelers need to make conscious decisions when purchasing souvenirs and trying exotic local cuisine to prevent fiscally supporting the illegal wildlife trade and other cruel practices.  For example, shark fin soup is considered a Chinese delicacy, but the practice of shark finning is especially brutal, inhumane, and one of the greatest threats sharks face.

To learn more about how to make ethical animal tourism choices, be sure to check out this guide of The Do’s and Dont’s and this list of 10 Humane Ways to Interact with Wildlife!

Additionally, to further enforce animal rights, tourist attractions should only allow animals to be viewed in the wild, instead of in captivity, while emphasizing education and preservation rather than entertainment.  Ecotourism provides tourists with the opportunity to view animals in the wild, ideally without causing disturbances or distress, making it absolutely essential that people respect the rules and the animals during these adventures.

This is clearly evident when comparing two tourist attractions in Costa Rica that are both popular spots for observing sea turtle nesting. In Tortuguero, the Sea Turtle Conservancy promotes animal welfare and protection locally and internationally through advocacy, research, preservation, policy initiatives, and education.  Additionally, they provide important habitat information for the tens of thousands of eco-tourists hoping to witness sea turtles nesting on the shores. These long-term conservation efforts have proven to be beneficial, as significant increases in nesting behaviors on the beaches of Tortuguero have been observed for decades. However, on the opposite side of the country, tourists at the Ostional Wildlife Refuge showed a complete lack of respect for the rules, the sea turtles, and conservation efforts. Instead of following protocols to observe the nesting sea turtles without disturbance, tourists crowded the shores, blocked paths, flashed camera lights, handled the animals, and even placed children on top of them. The tourists caused the sea turtles such distress that many retreated back to the ocean without nesting, undeniably having a negative impact on the already extremely vulnerable population. The clear contrast of animal welfare at these two popular tourist attractions shows the importance of respecting the rules and the animals for ecotourism to be safe and effective.

Other ways to respectfully observe animals would be to visit or volunteer at a credible sanctuary!  For more information, check out the Animal Sanctuary Association (ASA) and the Global Federation of Animal Sanctuaries (GFAS).

It has been well documented that animals forced to entertain tourists endure horrible abuses and it is completely unacceptable for these practices to continue. As the world has been adapting to new norms and routines during the COVID-19 pandemic, and with international travel expected to increase in the coming months, it is more important than ever to change our perception of animal tourism, to protect animals by prioritizing their welfare instead of human entertainment, to end cruel practices, and to enforce ethical animal tourism.

What can YOU do?

Remember to do your research before you travel!  Be mindful of what you are supporting financially.  Your purchase could be directly supporting animal cruelty.  Avoid direct contact with animals.  Instead, choose to view them in their natural habitat without disturbing them.  Respect the rules and respect the animals!  Always report animal cruelty to the proper authorities.  Additionally, sign the following petitions to help improve animal welfare!