Orangutans Use ‘Slang’ in their Communities in the Wild 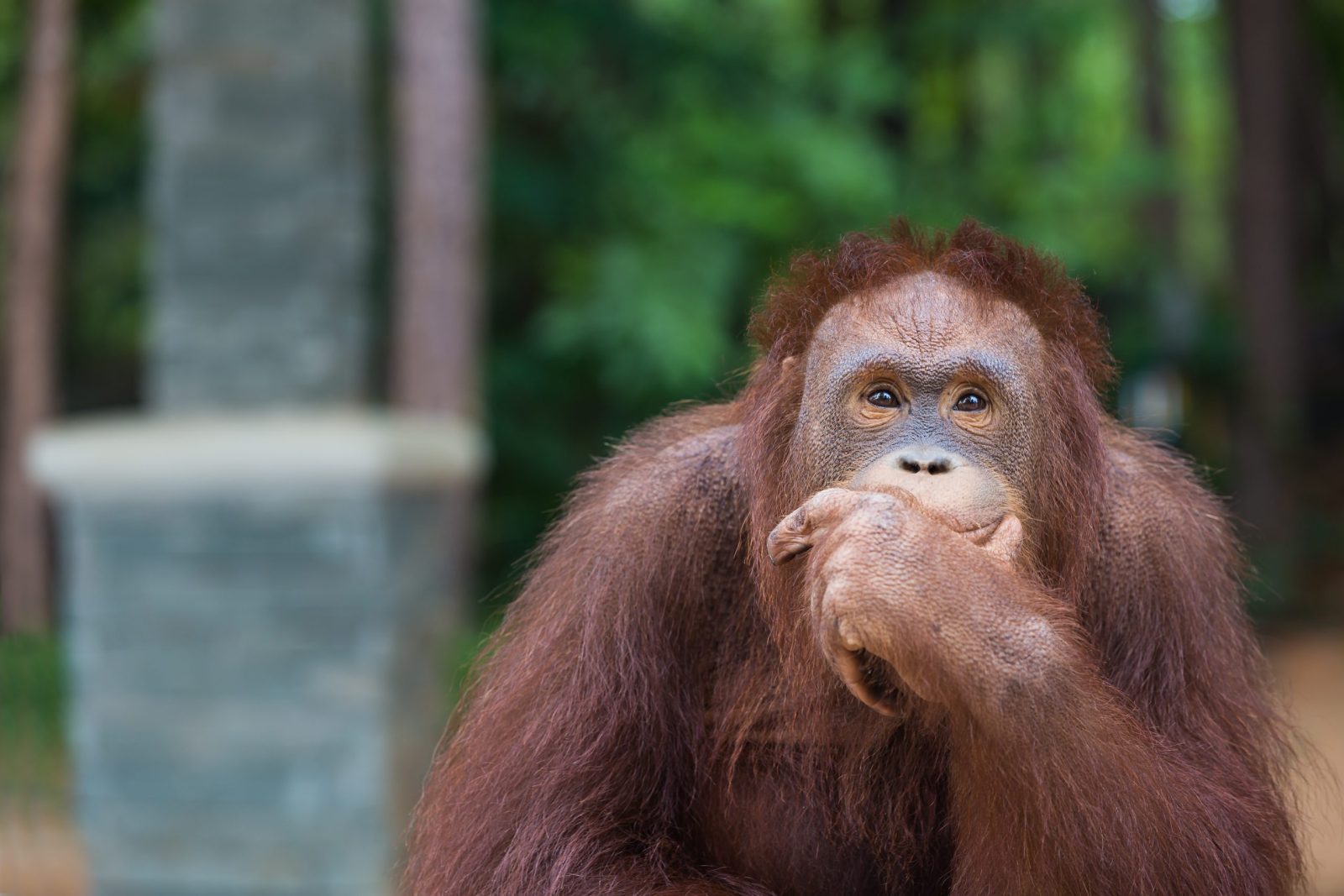 Research suggests that orangutans might use ‘slang’ in their communities in the wild.

Researchers studying the “kiss-squeak” alarm calls of communities of wild apes in Borneo and Sumatra found that orangutans can create new versions of the calls, varying in pitch and duration. “Kiss-squeaks” are sounds that Orangutans use to communicate. What’s even more interesting is how these calls can be influenced, and new versions can stick in communities of apes throughout these areas.

The first author of the research from the department of psychology at the Univerity of Warwick, Dr. Adriano Lameira, told the Guardian, “The way I see it is that low densities [of] orangutans have a slang repertoire that they constantly revisit and use. They are ‘conservative’, but once a new call variant is used, everyone hears it, and the variant is quickly incorporated, enriching the slang.”

“In high density [communities of orangutans], communication is more like a cacophony. It seems ‘novelty’ is at a premium, much like in songbirds, and that individuals want to show off their coolness and how [much of a] rebel they are,” he continued.

Social influences play a role in communications for many species, including songbirds and marmosets. However, it was still unclear if the same was for these apes. The team spent 6,120 observation hours working across six research stations between 2005 and 2010, recording orangutan kiss-squeaks from almost 70 individuals.

Lameira said that different communities that aren’t known to have any exchanges sometimes can come up with the same new variation of the calls, despite their distance. The research showed that high-density communities used a wide range of calls, but they quickly fell out of common use. On the other hand, smaller communities of orangutans came up with new calls less frequently, but they tended to stay in the community longer.

Lameira also pointed out growing evidence that great apes, like human languages, are made up of consonant and vowel-like calls. These can be combined to make syllable-like combinations that they believe can even be used to communicate about past events.

“This new evidence cements a new view that great apes are highly desirable and unique model species to improve our [understanding] of language origin and language,” said Lameira.

“Great apes and their habitat must be preserved if we are to hold any chances of unveiling further pieces of the puzzle of language evolution,” he said.