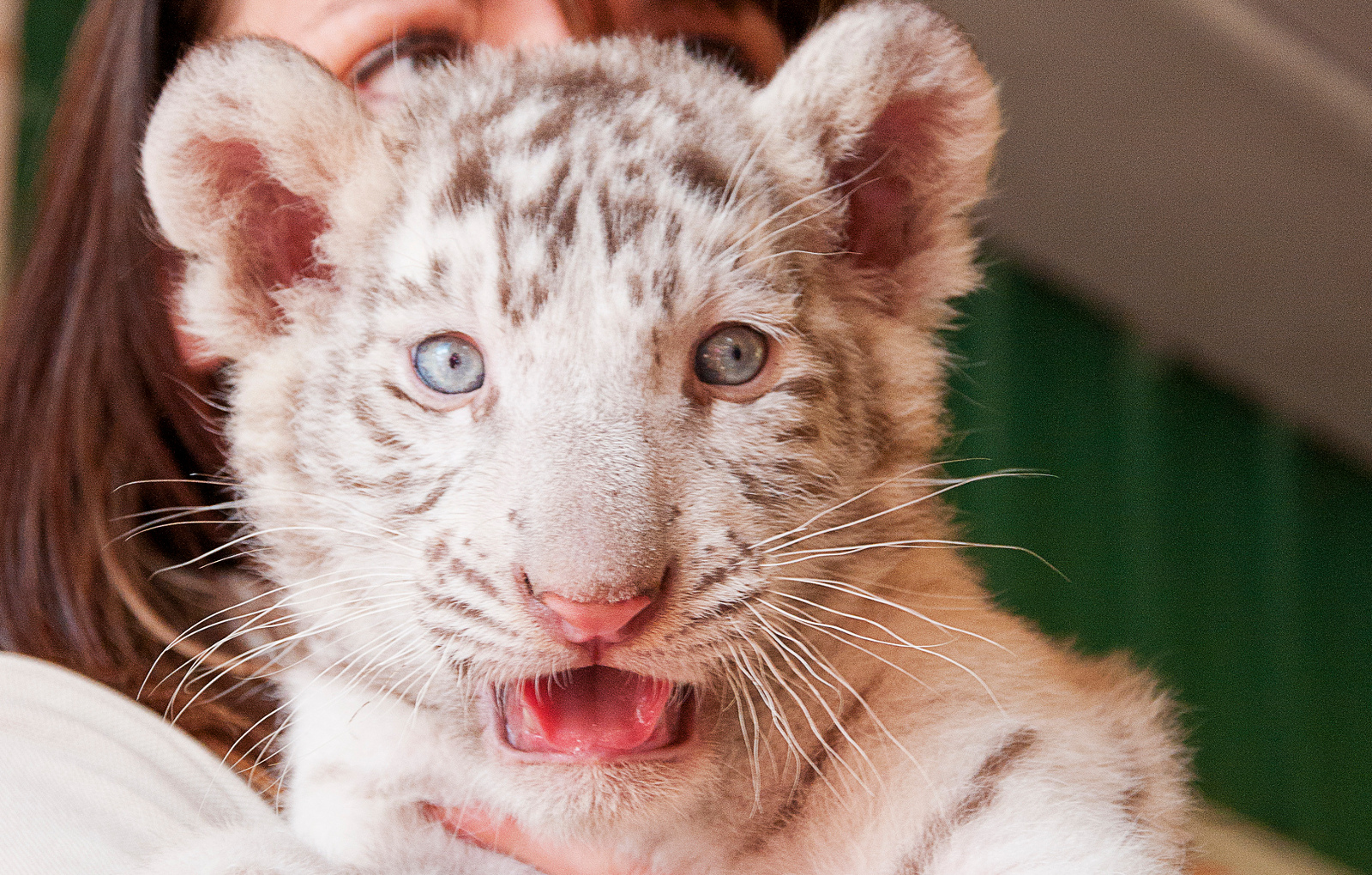 Located in Virginia, the Natural Bridge Zoo has earned themselves a spot on several lists of the worst roadside zoos and backyard menageries in the United States. Operated by Karl Mogensen and his wife Debbie, the private zoo has been exploiting and breeding wild animals for nearly 40 years.

Mogensen and his family breed their animals not to benefit any long term conservation plans for the species, but instead utilize the naivety of the public and the animals in their possession to increase their revenue.

According to the Humane Society of the United States (HSUS), the Natural Bridge Zoo is affiliated with the Zoological Association of America (ZAA). Although the zoo is not officially recognized on the accredited list for the ZAA, they follow many ZAA standards, which includes breeding wild animals in captivity. Most reputable and well-known zoological facilities bear an accreditation from the Association of Zoos and Aquariums (AZA), none are associated or affiliated with the ZAA.

No stranger to controversy, the Natural Bridge Zoo has violated animal welfare laws for years. Conversely, Karl Mogensen believes animal rights groups have slandered his name and his business.

We think the evidence speaks for itself.

In January of 2015, news broke that the Natural Bridge Zoo was being investigated after the U.S. Department of Agriculture (USDA) cited the zoo for 31 violations during an inspection. Initial violation descriptions included hazardous enclosures, unsanitary conditions and sick/injured animals.

While a complete 27-page report is now available in full, these are some of revelations that stand out:

Prior to the U.S. Department of Agriculture violations, an undercover investigation took place during the spring, summer and early fall of 2014 by the Humane Society of the United States. An investigator was sent to the Natural Bridge Zoo and compiled months worth of evidence that ultimately corroborated many of the violations made by the USDA.

A few of the allegations (a complete list is available) made by HSUS investigation reveal that the Natural Bridge Zoo:

Life for Animals at Natural Bridge 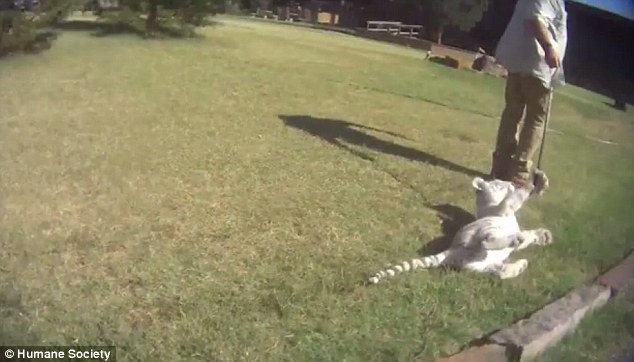 Through the duration of the HSUS investigation, five tiger cubs were born and immediately removed from their mother to be used as props during photo shoots and private “play sessions.” The investigator observed employees justifying the facility having such young tiger cubs being bottle fed by informing the public that the mother had rejected the cubs.

According to the HSUS report it was clear that the welfare of the tiger cubs was secondary to the profit they were expected to bring in for the zoo. The cub’s daily schedule was dictated by how many patrons had paid ($50) to take pictures with them. Forced to remain still for hours on end before they were allowed to play, eat, sleep and even defecate, the cubs were yelled at and hit when they didn’t cooperate.

It’s heart wrenching to know these cubs are not only taken from their mother as soon as they’re born, but are also viciously reprimanded for displaying a variety of behaviors, some of which are indicative of stress and anxiety.

The investigator observed tiger cubs being deprived of their bottle until a photo session was set to begin. Once photo sessions began, the cubs were bottle fed by each patron, but the bottle used for the feedings was designed to only allow a small amount of milk out at a time to ensure the cubs did not get full too quickly. 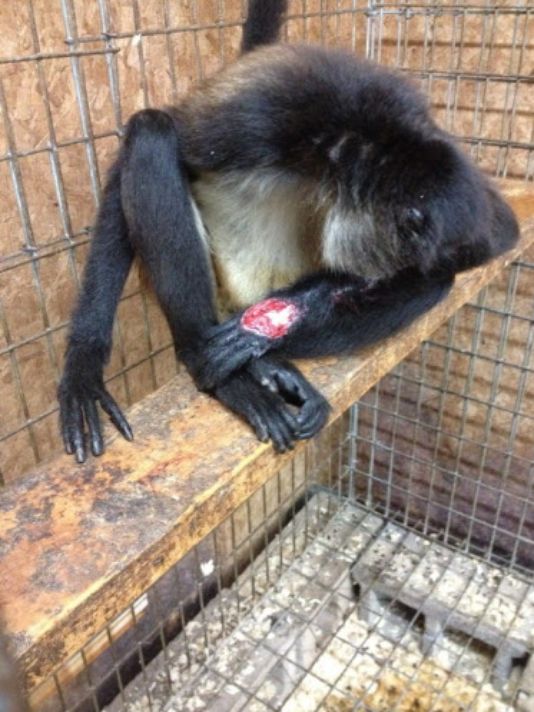 At the Natural Bridge Zoo, primates are commonly bred at the facility and sold directly to other roadside zoos, exotic pet owners, or into the exotic pet trade. 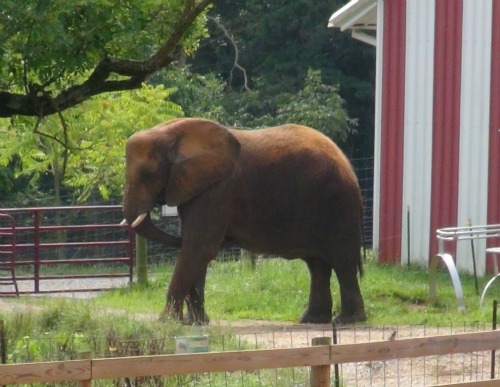 In captivity, elephants commonly exhibit stereotypic behaviors, particularly when they’re kept in solitary confinement and/or deprived of enrichment. In order to improve the standards of elephant husbandry, the AZA will require all accredited facilities to house at least three elephants in their exhibit by 2016 or the animals will be moved to a sanctuary that can accommodate them.

For at least ten years, the Natural Bridge Zoo’s lone elephant Asha has been forced to give rides to paying customers daily, and because the Natural Bridge Zoo is not accredited by the AZA, they’ve managed to fly under the radar and ultimately avoid these new standards regarding solitary elephants.

Elephants are incredibly social animals that live in matriarchal family groups in the wild. Still, the Mogensen’s insist that Asha is thriving in captivity.

In March of 2015 the Natural Bridge Zoo was inspected yet again by the USDA. This time being cited for 13 more violations, most of which the zoo had been cited for previously.

In April, news broke that the Natural Bridge Zoo’s permit to exhibit wild animals was suspended. While the zoo was, and still is, licensed by the USDA, the suspension of their exhibition permit from the Virginia Department of Game and Inland Fisheries was only meant to delay them from opening to the public.

Still, many animal welfare groups viewed this decision as a step in the right direction and hoped that the zoo would be formally closed and the process of moving the animals to credible sanctuaries could begin.

Then, in early June, the zoo quietly re-opened; their permit was reinstated.

According to owner Karl Mogensen, the zoo is now in compliance with all USDA standards. He has stressed his beliefs that the USDA and animal welfare groups have continuously attempted to dig up information all for the sake of slandering his name and reputation.

We don’t know about you, but we think the videos and pictures speak for themselves.

When Mogensen received word that the Natural Bridge Zoo’s permit would be reinstated, he was quoted as saying: “We didn’t agree with all their citations, but we did them. We got rid of the guinea pigs, we’ve eliminated the rabbits.”

…We only hope that by eliminating the animals, Mogensen means they were relocated to a more suitable facility, and not that he discarded them the way he has his other animals.

The USDA has received too many complaints and cited the zoo one too many times to allow them yet another free pass. Animals have died due to the negligence not just of the zoo but of the USDA.

When people stop paying to see these animals suffer, the pain can end. Share what you’ve learned and encourage others to boycott Natural Bridge Zoo and stand up for these animals.