Loyal Pit Bull Who Wouldn’t Leave Her Dead Human’s Body is Adopted by the Police Officer Who Rescued Her! 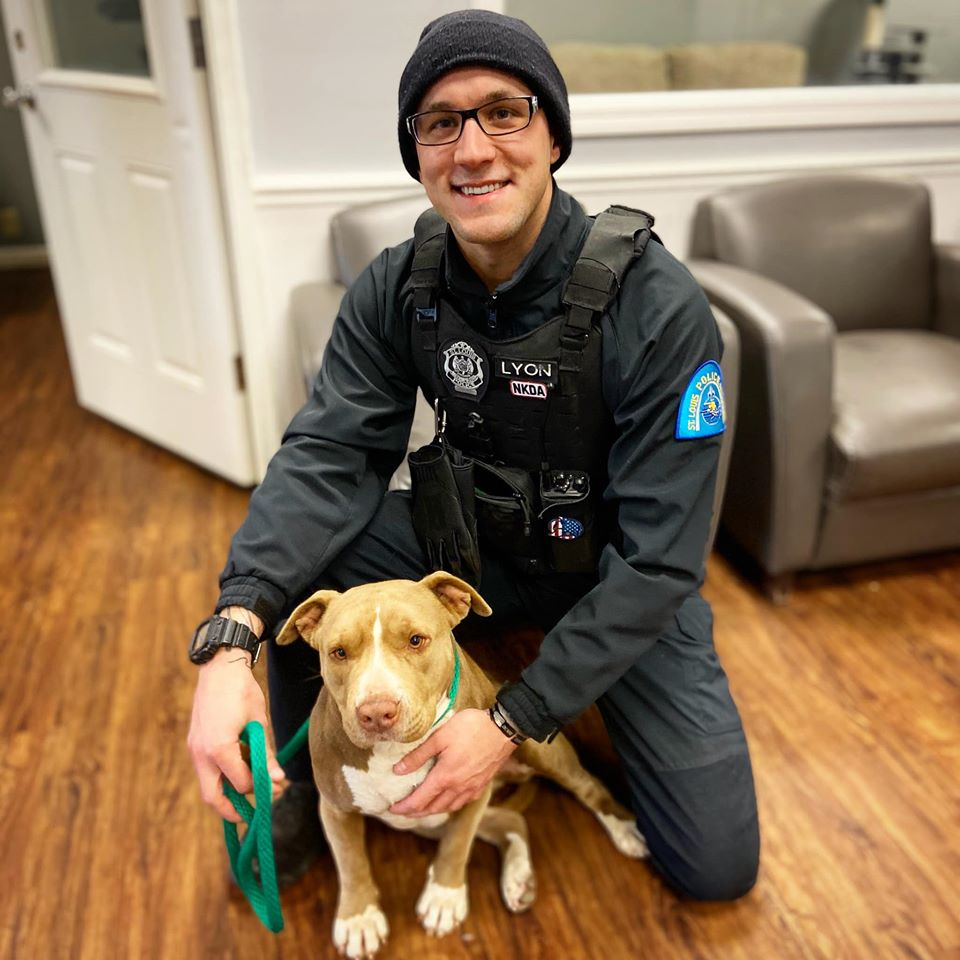 Dogs are extremely loyal and loving companions. Some dogs have actually gone down in history for their undying loyalty like Hachiko who’s had movies made about his life and statues built in his honor. Loyal service dog Mindi stood over her deceased owner for two whole days and another dog named Tommy also stood by his human’s grave for 15 days without food. Similarly, another dog was recently rescued from a similar situation but she’s been given a chance at a new life with a new family, and she’s doing great!

Police officer Kyle Lyon and his partner found an unresponsive homeless man in an alley one day. He was pronounced dead but his loyal pit bull wouldn’t leave his side. She was protective over his body. Fortunately, with some patience and some tater tots, officer Lyon was able to convince her to trust him. They were both homeless and lived on the streets together.

When animal control took her, he asked them to put him down as an adoptee. He was so smitten with her that he couldn’t help himself and went as fast as he could to check on her at the Center for Animal Rescue & Enrichment of St. Louis. He was allowed to foster her until they heard from next of kin.

But they were just meant to be. Next of kin was actually pleased to hear that Lyon wanted to give her a forever home and now they maintain communication. He named her Alley after the place where he found her and she has pup siblings that she happily gets along with.

Naturally, Alley was a little stressed for the first few days, but now Lyon says she’s “living the life.”

We’re happy this loyal dog has a comfortable, safe, forever home to spend the rest of her days. When she was on the streets, she fortunately had someone to love, but now she’s able to love a new family again and enjoy the comfort of a lovely home.