Breaking! Lolita The Killer Whale Won’t Be Forced To Perform After 50 Years Of Abuse 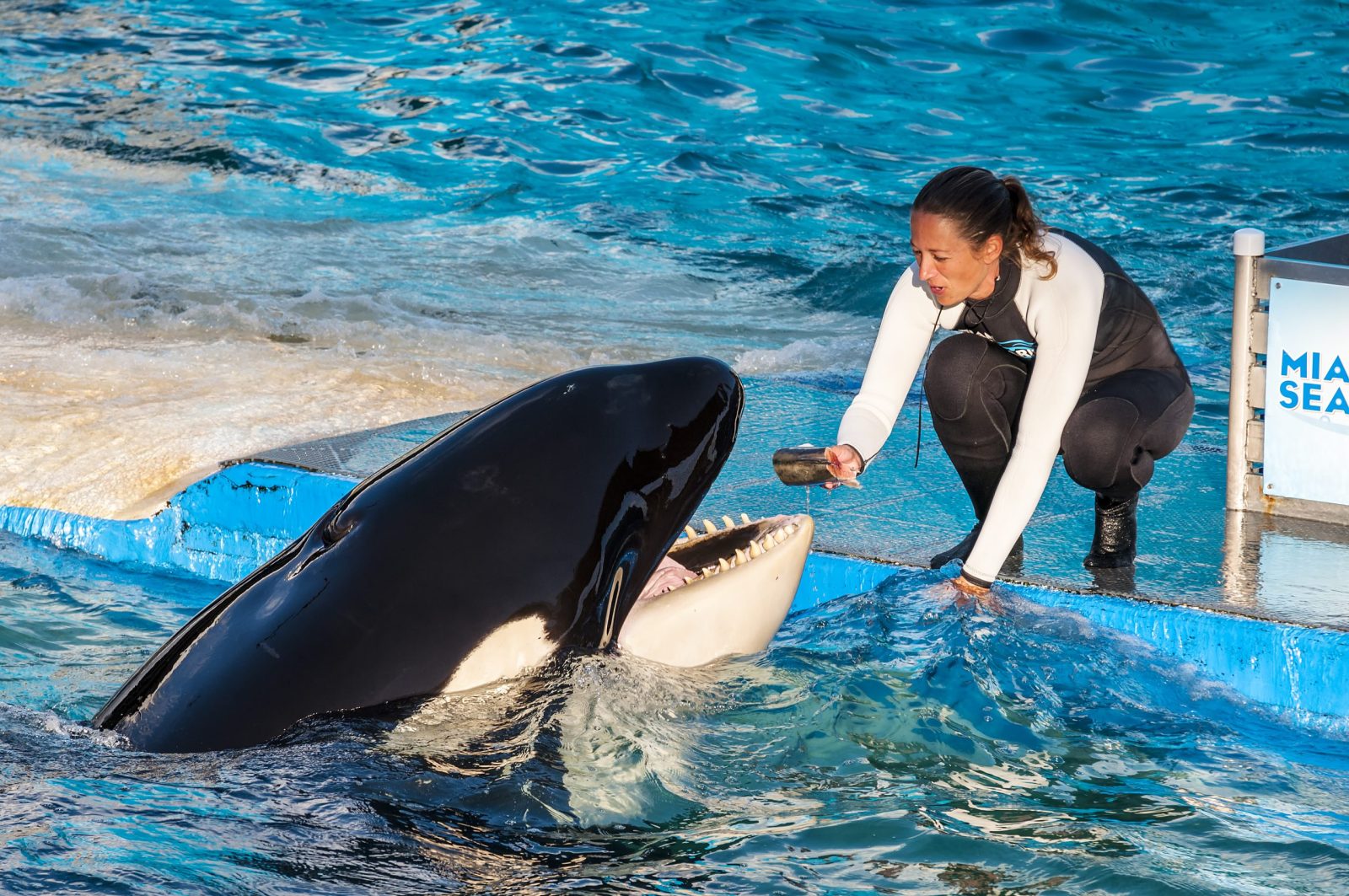 After over 50 years of exploitation at Miami Seaquarium, Lolita, the killer whale, won’t have to perform for food anymore.

The 7,000-pound orca was first captured in 1970 in the Pacific Ocean and brought to the amusement park to live a long life of unjust confinement and forced performances.

The amusement park, located in Miami, has a long history of animal abuse, and Lolita has been the focus of decades-long campaigns by animal rights groups. Last summer, the U.S. Department of Agriculture (USDA) cited Seaquarium for maintenance, water quality, and animal welfare. Lolita has not had to do her regular twice-daily shows since the stadium was closed for repairs ordered by the U.S.

MS Leisure, a subsidiary of The Dolphin Company, will take over Seaquarium from the current owners. They have agreed to retire Lolita.

The Mexico-based theme park operator announced that they notified the USDA that Lolita and her Pacific white-sided dolphin pal will not be exhibited or accessible to patrons. They won’t even be visible to the public under the new park’s management. The USDA told the new company that if they intend to exhibit either of the animals, they will need to apply for a new license.

In a PETA report a few weeks ago, a whistleblower said that Lolita was “deathly ill” and had pneumonia. Seaquarium quickly denied the illness and said she was just “under the weather.”

Miami-Dade Mayor Daniella Levine Cava requested an independent examination of Lolita, but Seaquarium promptly denied the request and said it was unnecessary due to the expertise of their veterinarians.

“It’s quite frustrating the county has so little authority or oversight of a facility on county property,” The Miami-Dade Mayor said. “We are eager to make a seamless transfer to new owners who are conservation-oriented and not focused on the entertainment side, and a new lease that gives us much more say on infrastructure maintenance and animal welfare as well as access to all inspection, health, and safety reports.”

A report from the USDA in September stated that the advice of the Seaquarium veterinarian was often ignored. The vet, Magdalena Rodriquez, said Lolita was forced to perform head-first dives even though she had an injured jaw and was far too old to continue her 50-year tricks without the risk of further injury. Rodriguez reportedly developed a retirement plan for Lolita.

After 24 years at Seaquarium, Rodriquez was fired because she brought valid concerns for the animals’ well-being to management. She said the water was algae infected, they were fed spoiled food, and there was poor marine mammal management.

A string of deaths occurred at the park between March 2019 and April 2020, including five bottlenose dolphins and a baby California sea lion. Rodriguez told the Miami Herald that the deaths resulted from inexperienced crew members placing animals together that shouldn’t be and not noticing unusual animal behavior.

Finally, in December 2021, another string of deaths prompted the USDA’s full-blown investigation. A dolphin, Catalina, reportedly died from trauma after an attack from Lolita. A harbor seal, Coral, died from “chronic infection,” and a manatee died from emaciation, or being too thin and weak.

Lolita’s supporters can finally celebrate a win for the 56-year old orca. After living in a 20-foot-deep tank for over 50 years, she will no longer have to perform dives, splash observers, or serve as the mascot.

Levine Cava said she was “pleased to see The Dolphin Company’s commitment not to exhibit Lolita and to prioritize her well-being.”

“Today marks a new day for the Miami Seaquarium and for Lolita,” she said. “Our priority remains providing the highest standard of care for all the Seaquarium’s marine inhabitants, including the beloved orca.”

However, Lolita’s struggle isn’t over. According to Levine Cava, moving Lolita to a different location would require the National Oceanic and Atmospheric Administration review.

She said that it isn’t within the county’s jurisdiction, “but we are open to what the experts have to say. Many people and organizations worldwide are working on behalf of this wonderful creature, and support the idea of her being free. Is that in her best interest after so many years in captivity? Her health is the No. 1 priority.”

The amusement park, which opened in 1955, has long had the nickname of “abusement park” and is built on exploiting intelligent marine animals for profit. Although this is a win for Lolita, we can’t forget about every other amusement park that exploits these amazing animals. The torment, imprisonment, and artificial breeding of their animals need to end. These animals should not be in captivity to begin with.

Sign this petition to stop SeaWorld from giving drugs to orcas.