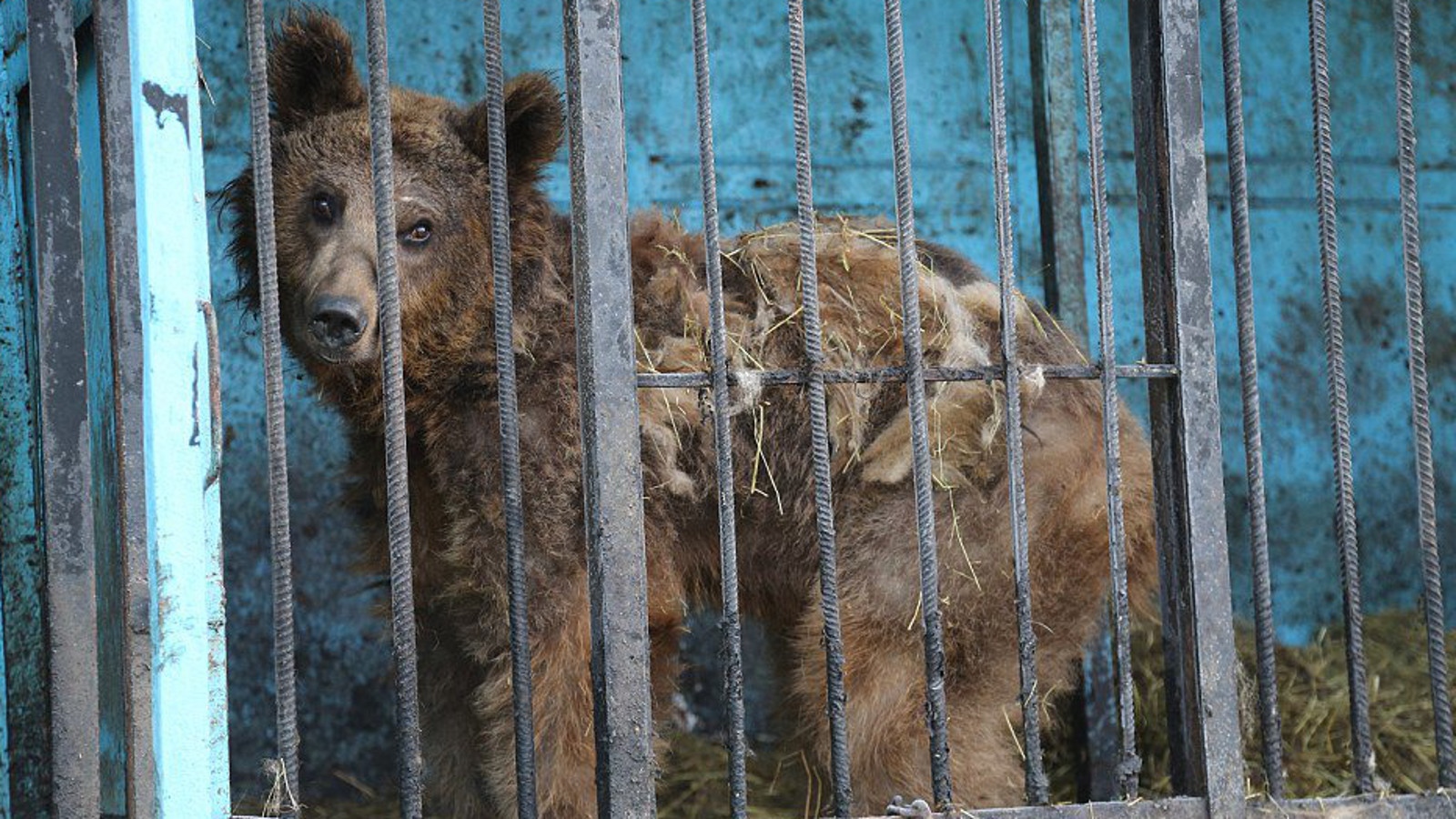 Estimated to be a 19 billion dollar a year operation, the illegal wildlife trade is only third to drug and human trafficking when it comes to the black market. Here in the United States, we’ve seen a surge of whistleblowers willing to come forward and expose those who participate and profit off of this illicit trade. As advocates are unrelenting in their mission to raise awareness for the animal victims of the trade, pressure is subsequently placed on the government to take steps to amend laws protecting species here at home, and the import of species internationally. But, what happens in countries where the government doesn’t step in to stop this illicit trade or help the victims?

Armenia and the Issue of Private Zoos

Armenia, like many countries around the world, actively engages in the illegal trade of wild animals. According to Armenian journalist Kristine Aghalaryan, the trade in Armenia has become increasingly more dangerous as it continues grow. Armenia is known as a transit nation for the illegal wildlife trade; traffickers utilize the country as a gateway to move a great number of endangered animals, many native to Africa, through Armenia and into neighboring countries.

Along the way, however, dozens of private zoos and similar establishments seize the opportunity to purchase wild animals and exploit them for entertainment and show purposes. Anyone can keep a wild animal as a pet in Armenia, given they have the adequate space to do so, but this stipulation is hardly monitored and animals are often kept in deplorable conditions: small cages, no enrichment and poor diet.  Animal rights activists estimate there are over 60 bears in captivity in private hands in Armenia alone.

While zookeepers insist the animals at their facilities have been brought into the country legally, they often have very little paperwork, if any at all, to corroborate their claims. Much of the trouble with the transport of wild animals through Armenia is that the government falls incredibly short in terms of wildlife legislation and enforcement.

This issue was most recently brought to the world’s attention when news reports surfaced of the horribly defunct Gyumri Zoo, in which animals were left to die when the owner of the zoo and primary caretaker abandoned them.

Established in 2004, the owner of the Gyumri Zoo operated his establishment with little scrutiny for years up until October of 2015. At that time, he contacted authorities informing them that he would soon be unable to care for the animals due to personal financial concerns.

According to Serda Ozbenian, the Executive Director of the Armenian Environmental Network, the Gyumri Zoo had previously been home to a number of other animals as recently as 2009, but many of them escaped, died, and had been sold over the years. At the time the owner of the zoo came forward to relinquish all responsibility to the remaining animals, the zoo was home to three lions and two bears.

The animals rescued from the Gyumri Zoo were discovered starving in their locked cages at the facility. The animals were described as displaying all of the tell-tale signs of madness driven by a life in captivity, including swaying to and fro, pressing their heads against the concrete walls and a number of other repetitive behaviors.

A kind elderly couple who happened to come across the animals on a walk began caring for the discarded beings, but it simply wasn’t enough. As news spread, wildlife organizations were informed of situation and the plight of the animals. Needless to say, a number of organizations were desperate to reach out and help. Unfortunately, without any legitimate wildlife sanctuaries in Armenia, the only available alternative wildlife organizations had at the time was to ask the Yerevan Zoo of Armenia to take the animals in and care for them, but their plea was initially denied.

Back at square one, and with little help from the Armenian government, wildlife organizations from a number of countries worked passionately to raise funds and make arrangements to relocate the remaining captive bears and lions. Advocates created the “SOS Gyumri Zoo Animals” Facebook group to get support and news reports drew widespread attention to the plight of the animals.

Thanks to activists, including Ozbenian, the bears are now on their way to Libearty Sanctuary in Romania and the three lions have been given sanctuary at the Caucasus Wildlife Refuge, managed by Armenia’s Foundation for the Preservation of Wildlife and Cultural Assets.

At such a pivotal time for animal welfare, we must continue to work together. While the animals of the Gyumri Zoo have been relocated and given sanctuary, it’s important to keep in mind that the Gyumri Zoo is not the only one of its kind in Armenia. Serda Ozbenian informed One Green Planet that the Armenian government has recently established a Committee for the Protection of Captive Animals in hopes of creating and enforcing restrictions for private zoos. While this news sounds promising, it’s imperative that the Armenian government actually follow through with these proposals. Without the support and cooperation of the government, there is little hope for any of the wild animals held captive in Armenia or any other country. Steady and mounting pressure on the government to improve animal welfare standards could be the catalyst needed to ensure current laws are enforced, and stricter laws are passed for captive wild animals.

In addition, a petition is available to sign through Change.org that is calling on the government of Armenia to halt the capture of brown bears for captivity. Donating to any of the number of organizations working to care for the animals saved from the Gyumri Zoo is another way to continue their care. Most importantly, keep yourself informed and continue to share articles like these to make your voice heard.

We must recognize that when we put animals in captivity for our entertainment and profit, they are at our mercy. This is especially dangerous in areas with few regulations for animal keepers. The very best thing we can do for wild animals is keep them in the wild.