5 Ways Orcas Are Threatened in the Wild 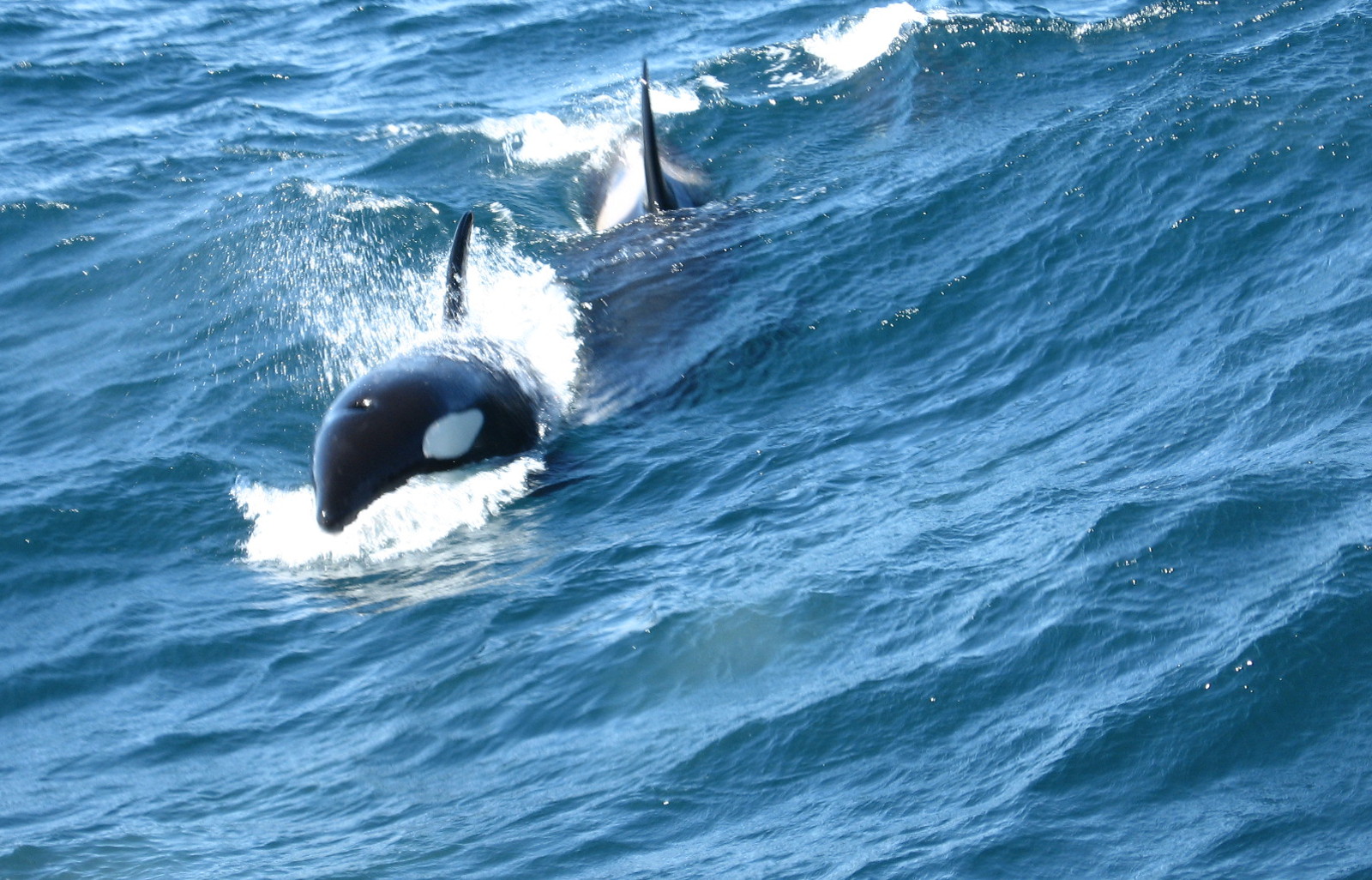 Apex ocean predators and possibly one of the smartest mammals alive on earth today, it is difficult to imagine that some wild orca populations are literally swimming on the brink of extinction. With more than 40 populations of orcas (that we know of) found in almost every single ocean and sea on the planet, they are considered to be the second-most widely ranging mammal, after humans. Despite our ever-increasing understanding of orcas and their habitats, many of these populations are still facing severe conservation threats.

However, it has been estimated that there is a minimum worldwide abundance of 50,000 orcas. So it shouldn’t matter if one or two populations go extinct, right?

Let’s take a look at five ways orcas are threatened in the wild:

In certain parts of the world, orcas are not finding enough food to eat. For example, over-fishing, habitat degradation, and diseases spreading from salmon farms is leading to a decline in fish stocks in the Pacific Northwest. This is a serious concern for the Pacific Northwest resident orcas who specialize in foraging for salmon species. In the past, reduced prey availability has been linked with a population decline for the Southern resident orcas and is thought to have led to these orcas expanding their usual range in search of food.

Food is fundamental to the survival of orcas and without it, they are at higher risk from other conservation threats.

The higher up the food chain an animal is, the more contaminated it will be, with pollutants bio-accumulating in fatty tissues of the body. The ocean environment is highly susceptible to chemical pollutants, acting as a final sink for compounds. Orcas are at the very top of the ocean food chain and this renders them highly vulnerable to this threat. They are among the most contaminated marine mammals in the world, revealing to us the true state of our oceans.

Why are pollutants so dangerous? Firstly, some of these pollutants are persistent and never degrade. Secondly, they target immune and endocrine systems, as well as affecting reproduction and survival rates. The risk of reduced fitness in orcas is greater when they cannot find enough food. Their fat stores begin to break down, releasing the stored chemical pollutants around the rest of the body.

The West Coast Community orcas consist of only nine individuals. No new calves have been sighted with this population for over two decades and it is possible pollution could be to blame. Chemical pollutants are dumped from mother to calf when nursing, lowering calf survival rates in the first year and male orcas, who have no way to offload the pollutants from their bodies, may be suffering from reduced fecundity as a result.

Orcas are also vulnerable to large-scale oil spills. The 1989 Exxon Valdez oil spill resulted in the death of several Alaskan orcas by oil contamination. Orcas take decades to recover from such disasters and in some cases, like the AT1 transients, they never do.

…from recreational boating and water sport activities, whale-watching trips, fishing vessels, and cargo ships, as well as military exercises. Noise pollution can adversely affect orcas, forcing individuals to alter their behavior and how they communicate with one another. Really loud sounds, such as those emitted during navy sonar exercises, can actually cause physical damage to orcas and may even kill them.

Over-crowding by boats can also elicit a change in orca behavior and vocal behavior, as well as cause injury or death through collision and propeller strike.

Captures of wild orcas for the captive entertainment industry has had a lasting impact on targeted populations. The size and social structure of the Southern resident population has still not recovered following captures in the 1960 to the 1970s. With an increasing awareness of how orca welfare is severely compromised through capture and confinement, it is perhaps shocking to learn that, for the first time in decades, orcas are being taken from the wild again.

In 2010, a young female Norwegian orca, known as Morgan, was found alone and emaciated off the Netherlands coast. She was captured with the intention of rehabilitation and release, but was instead sent to a captive facility in Tenerife, where she now performs tricks for fish.

In 2012 and 2013, a total of eight Russian orcas were captured for the entertainment industry. Two orcas, a female known as Narnia and a young male, are being held at a facility in Moscow and two of the orcas have been transported to China. Little else is known about the location of any of these orcas. A quota for Russian orca captures in 2014 is still under debate.

This conservation concern is not just for the welfare of those orcas captured for display purposes, but for members of the population who are left behind. Captures could not only impact the physical and emotional well-being of the larger population, but could affect population growth (or lack of) in the future.

Climate change is affecting humans and animals alike, including orcas. A change in temperature, water level and weather is impacting ocean habitats around the world. While it is unclear how well orcas, or their prey, will respond to extreme changes in conditions, it has been suggested that certain subpopulations of orcas will bear the brunt of these environmental changes as a result of reduced prey availability.

And so we have come full circle. If you want to help alleviate some of the pressures that face orcas today, here are a few suggestions: