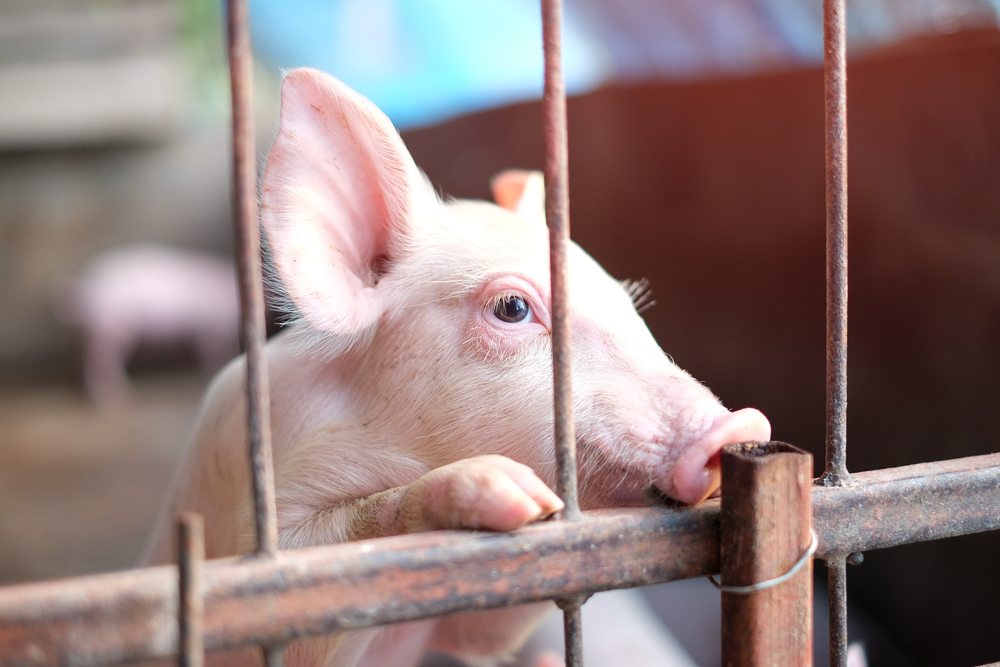 An estimated nine billion farm animals are raised and killed for food every year in the United States. While consumers might like to believe that the animals they consume come from “happy” farms, where they spend their days grazing in idyllic fields up until they have “one bad day” at the slaughterhouse, due to our insatiable desire for cheap meat and dairy, this version of animal agriculture is virtually non-existent in the U.S. The reality is 99 percent of animals are raised in factory farms.

That means a large majority of those nine billion animals will spend their short lives crammed in small, filthy spaces, surrounded by waste and other stressed, sick animals. Most will never know what it feels like to relax, let alone be able to breathe fresh air, feel grass, or experience sunshine.

Thankfully, with the help of undercover investigations and the ability to share information quickly across the internet, more people are learning about what life is like for animals on factory farms and, unsurprisingly, they don’t like it. A recent study showed that 4 out of 5 Americans opposed cruel factory farming methods, which is great … but again, reality sets in when you remember that 99 percent of animals raised for food in the U.S. live in these cruel conditions that people oppose.

This is something that Josh Balk, Vice President of Farm Animal Protection for the Humane Society of the United States (HSUS), wants to see changed. As Josh explains in a recent episode of the #EatForThePlanet with Nil Zacharias podcast, unfortunately, due to consumer demand for meat and dairy, animal agriculture as we know it isn’t going anywhere soon, but that doesn’t mean we can’t help to improve the lives of animals on factory farms here and now.

Right now, Josh is campaigning to help pass Proposition 12 in California, a historic piece of animal welfare legislation that would not only do away with the most harmful types of farming practices, such as gestation crates for female pigs, veal crates for calves, and battery cages for egg-laying hens, but it would also prohibit the sale of products from operators that still use them throughout California. Essentially, this would mean that if any company wanted to sell animal products in the state, they would have to update their own farms to be in line with these new regulations. Seeing as the state is considered the world’s fifth largest economy, Josh sees this as one of the most transformative laws for farmed animals to date.

Prop 12 is going up for vote in early October, so if you are a California resident, you can learn more about it here. Even if you don’t live in California, you can help support HSUS, along with Mercy for Animals, Animal Equality, ALDF, and dozens more organizations in their campaign by clicking here.

Josh has worked undercover in factory farms and seen the true depths of humanity’s horrible treatment of farmed animals, but through it all, he has remained hopeful and optimistic that we can effect real change for animals and steer the future towards one without industrial animal agriculture. To hear more about Josh’s inspiring career in animal activism and more about how you can get involved, be sure to listen in to the full episode!