Head-Scratching Issues in a Multi-Dog Home: The Funny and the Challenging 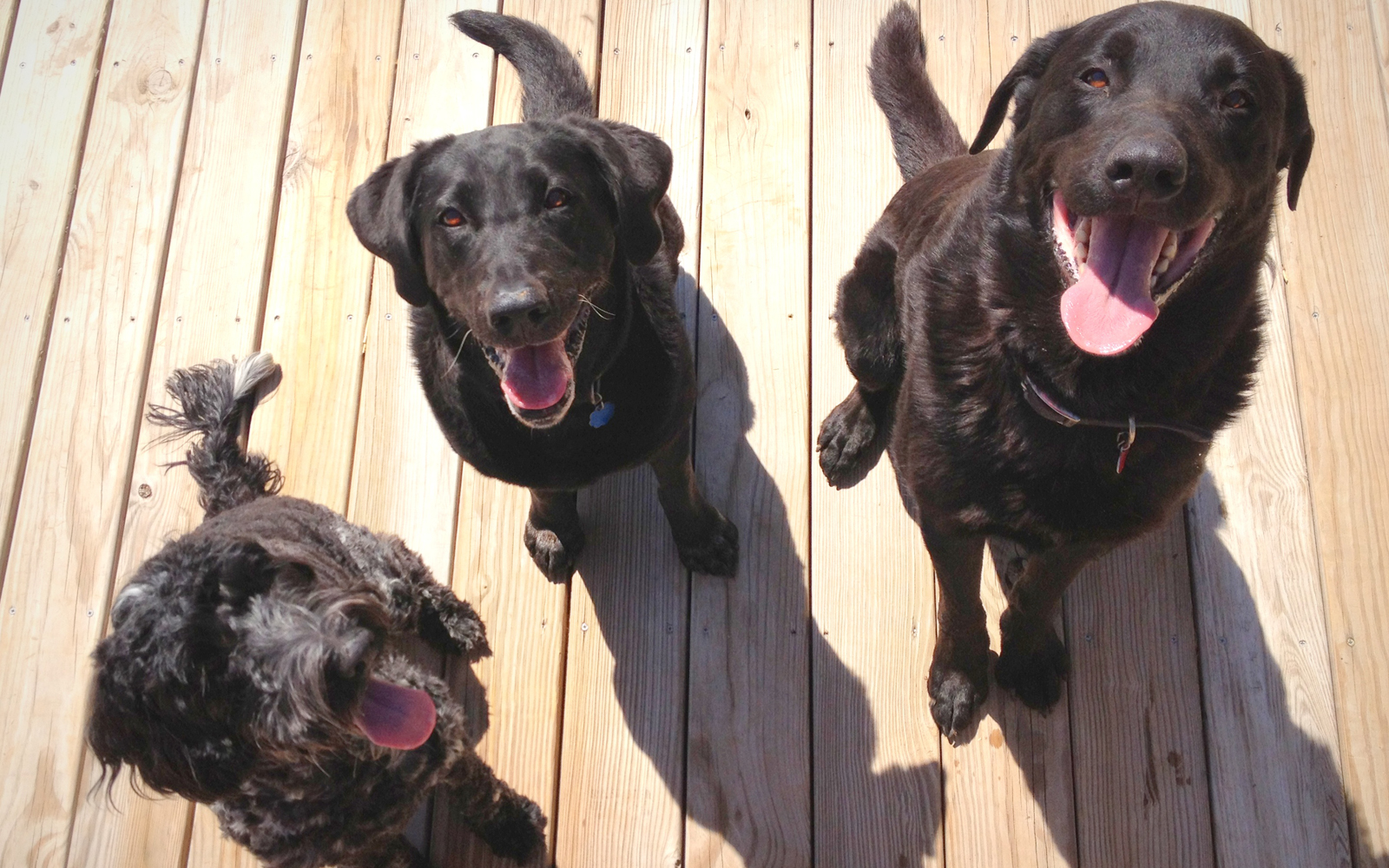 If you live in a multiple dog household, then the following head-scratching issues encountered in many multi-dog homes will be of no surprise. Having more than one dog can be a joy and a curse, but they are loved nonetheless.

You Only Have Two Hands

It’s pet-pet time. Can I borrow someone’s hands? Having more than two dogs can pose serious problems when it comes to physical affection. Most folks only have two hands, so either get a pal to help pet your creatures or consider using those feet of yours as well!

You Just Want to Eat in Peace

How do I eat a meal without triggering a dog alert? You can’t. Even if you have a dog hard of hearing or with a lack of good sense of smell, a multiple dog house will always have that one pup who is always BOLO (Be On the Look Out). If one dog is alerted to you getting people food, then without fail the others will follow!

The Dogs Think You’ve Given the Others a “Better” Treat

Did somebody say treat-treat? A phenomenon I like to call “same treat, different dog” goes like this — I have three dogs. I give each dog the same treat. Dogs take treats, set treats down, then proceeds to inspect and take each others treats. The biscuits are all the same!

There are a Zillion Dog Toys Around Your Home

No, seriously. There are a zillion pet toys inside and in the backyard. And why do I throw four balls at the same time? Because it’s necessary. Just like the treat-treat phenomenon, dogs think the ball that is thrown for each of them is something completely different and better than the ball they are playing with. Same goes with a good 90 percent of the non-dog ball toys in my house!

Bath Time Can Be Challenging

Have you ever attempted to wash more than one dog at the same time? Unless you have super well behaved buds who also love the water, you probably have a hell of a time! With multiple dogs, it’s ideal to have a separate shower room/mudroom solely for dog bathing, but it can be expensive to take them all to the groomers, so the next best thing is to tether ‘em outside and hose ‘em down, which can still be challenging!

Why are dog walks with more than one dog so stressful? Some dogs are good leash walkers, but for the rest, it can turn into a game of tug-o-war or a giant tangle of embarrassment. It’s actually quite entertaining to watch a person in this situation, though you can’t help but to feel a little sympathetic!

Who did that? — I have three boy dogs and a husband, so who knows where that bad smell or annoying slurping sound came from! Can you guess what the worst thing is? Dog farts, ick! You know your dogs, therefore pointing out who did what is not too difficult after the initial eye contact interrogation.

Are you looking to become a multi-dog family? Don’t shop, adopt, but don’t adopt until you are ready! Only 20 percent of dogs are adopted from animal shelters, and each year, 2.7 to 3 million healthy and adoptable shelter pets are euthanized due to situations like shelter overcrowding.

What are some interesting or funny multiple dog issues that you encounter?