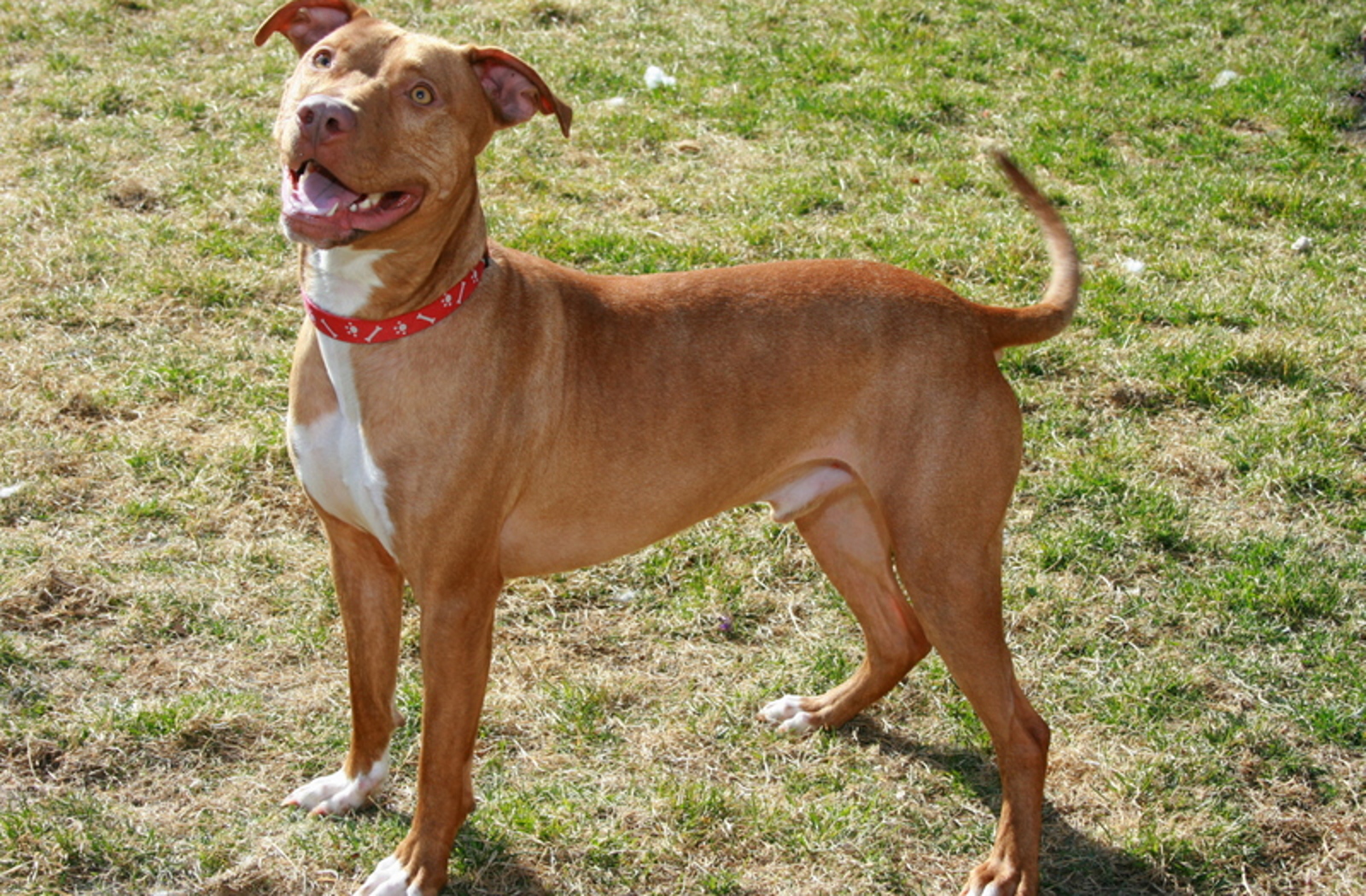 While it is true that many people love dogs, unfortunately, it is also true that there are others who use these animals for the sake of entertainment and profit. Dog fighting is a tragic example of how humans use and abuse dogs that occurs all across the U.S.

Dogs who are used in fighting rings are typically “bully breeds,” such as Pit Bulls and Boxers. These dogs suffer horrible abuse at the hands of their masters, who often beat them, tie them up, breed them over and over again and let them live in squalid misery. The larger, more confident dogs are taught to fight and kill while the smaller of the group are used as “bait” to train the fighters. It is an all around horrific industry for dogs.

Luckily, there are many organizations and individuals who are working to put an end to dog fighting, many of which work to provide a loving, happy life for the dog victims rescued from this life.

Many dogs like the ones below have benefited from the generosity of so many people who want to love them, heal them and give them safe and healthy homes. Their stories give us hope that all dogs who are subjected to this cruel life will one day find a loving home and that dog fighting will soon be a thing of the past. 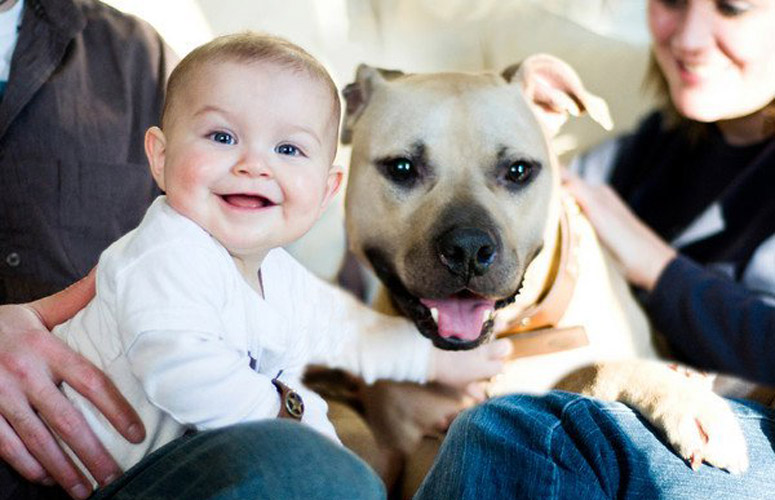 Perhaps one of the most well-known dogs to be rescued from Michael Vick’s dogfighting ring, Handsome Dan the Vicktory Dog was adopted into a loving home shortly after being rescued by Best Friends Animal Society. He even has the distinction of being one of the first dogs to be adopted from the group of Vicktory Dogs that the organization rescued!

His family, which now includes a human baby sister, treats him incredibly well and spoils him rotten! According to his guardian, Handsome Dan has started to turn into a cranky old man although he is still very happy to have his family around him (including a sister dog and two cats). Perhaps it is his elderly wisdom that makes him the perfect nanny dog to his little human sister!

Not long after adopting him, the lucky pup’s parents started an animal training group called Handsome Dan’s Rescue, which trains shelter dogs with behavior problems in order to make them more appealing to adopters. The amazing work they do would not have been possible without inspiration from Handsome Dan himself — proving all the more what an amazing dog he is!

This poor pup was rescued from an area that is well-known for dog fighting in St. Louis, Missouri. Stray Rescue, the organization that rescued Normm, received a call that there was a severely injured dog walking around and when rescuers arrived on the scene, Normm had crawled into a patch of overgrown bushes to die alone. One of his legs was completely torn open, dead and crawling with maggots. He had large cuts and bite wounds all over his body, but especially his head and one of his other legs. The veterinary team at the shelter performed an emergency amputation on his infected leg and pumped his dehydrated body full of fluids to save him. He pulled through, and is on the mend and heading towards a brighter future surrounded by people who love him. Hopefully, once Normm is strong enough, he will be on his way to a forever home where he can forget about all the horrors of his past for good! 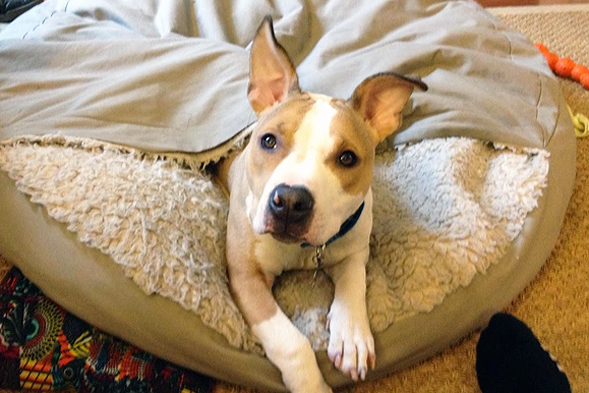 Timmy was first introduced to the world after the ASPCA raided a dog fighting ring in 2013. The facility was implicated in a multi-state dog fighting ring, and a photo of little Timmy outfitted with a massive chain was publicized by the ASPCA to illustrate the cruelty of the sport. 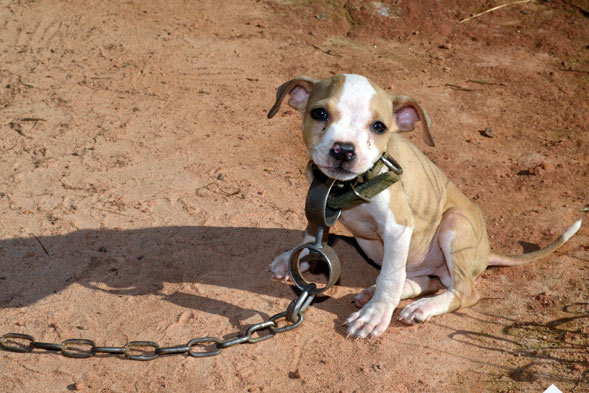 While Timmy should have never had to endure this abuse, thanks to his young age, he wasn’t deeply scarred by his experience in the ring. Shortly after his rescue, Timmy was adopted by a loving family and has grown to be happy and healthy. He has come so far from the starving, fearful puppy tied to a heavy chain that he once was.He now has his very own pocket bed, plays with his neighbor’s dog and otherwise gets to be the happy, lovable puppy that he is! 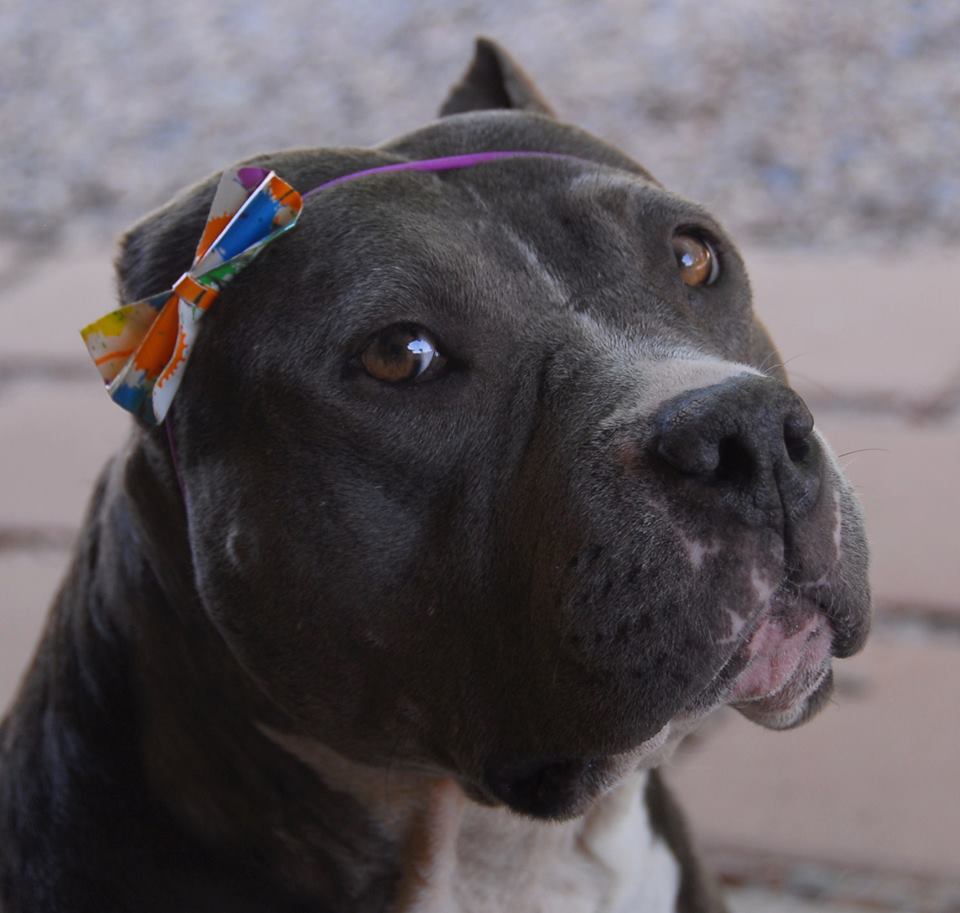 Grace was rescued by a group of good samaritans who found her in a terrible state and brought her to San Jose Animal Care Center. The veterinarian on staff immediately recognized her wounds — she wasn’t just a stray who was attacked by another dog. Usually, dogs who are forced to fight will fight the scruff, shoulders and ankles of the other dog, which are all wounds the veterinary team found on Grace.

In addition, Grace’s right ear had been entirely torn off, leaving a large open wound exposing the muscles around her auditory canal. The main veterinarian on the team believed that she may have been used as a bait dog or had been victimized by other dogs she was forced to breed with.

To heal the wound, she underwent a procedure called a Total Ear Canal Ablation and Bulla Osteotomy, which would remove what remained of Grace’s right ear canal (meaning she would have no opening or capacity to hear in that ear). Ultimately, Grace recovered enough to be transported to Phoenix, Arizona by Mayday Pit Bull Rescue, and now lives in comfort at the shelter that someday plans to adopt her to a loving home. 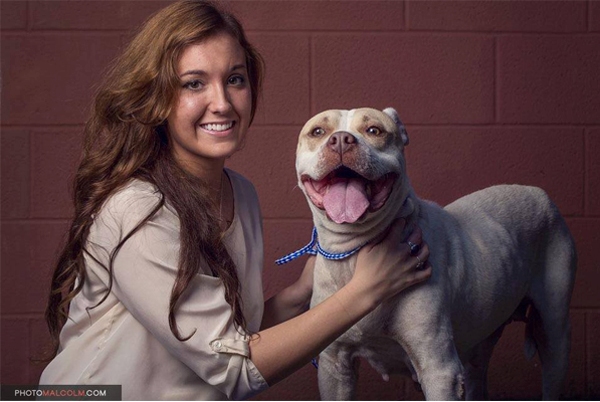 Mama Jade was rescued by a 23-year-old veterinary receptionist, Christianna Willis, two years ago after her friends found Mama Jade, injured, on their front porch. After Willis had a chance to inspect poor Mama Jade, she realized that Jade had injuries consistent with dog fighting. The poor dog had bite marks on her muzzle, exposed and discolored flesh on her neck, rope cuts all over her body and signs that she had been repeatedly and excessively bred. The veterinarian who later examined her also found that Mama Jade had breast cancer. Willis’s ensuing Craigslist post, “Your Pit Bull Found Me And I Won’t Give Her Back,” elicited a huge reaction from people who supported Willis’s desire to help Mama Jade, and also wanted to help pay for the sweet pup’s medical bills so that Willis wouldn’t have to put her down. Two years later, Mama Jade is doing very well and is cancer-free!

Hope for Other Dogs

These five stories are a few happy endings among many that happen every day. While we love to see that these dogs are on their way to a better life, there are still thousands of other dogs who are still suffering at the hands of dog fighters. You can help these dogs by sharing this post and raising awareness for the issue of dog fighting. If you suspect that dog fighting or abuse is happening in your area, don’t stay silent; it is up to us to give a voice to these abused dogs. Check out these hotlines to report dog fighting rings or abuse and remember that if you do, you can help make more happy endings like these ones possible.