Are We Saying Farewell to America’s Mountain Lion? 5 Worst States For the Cougar 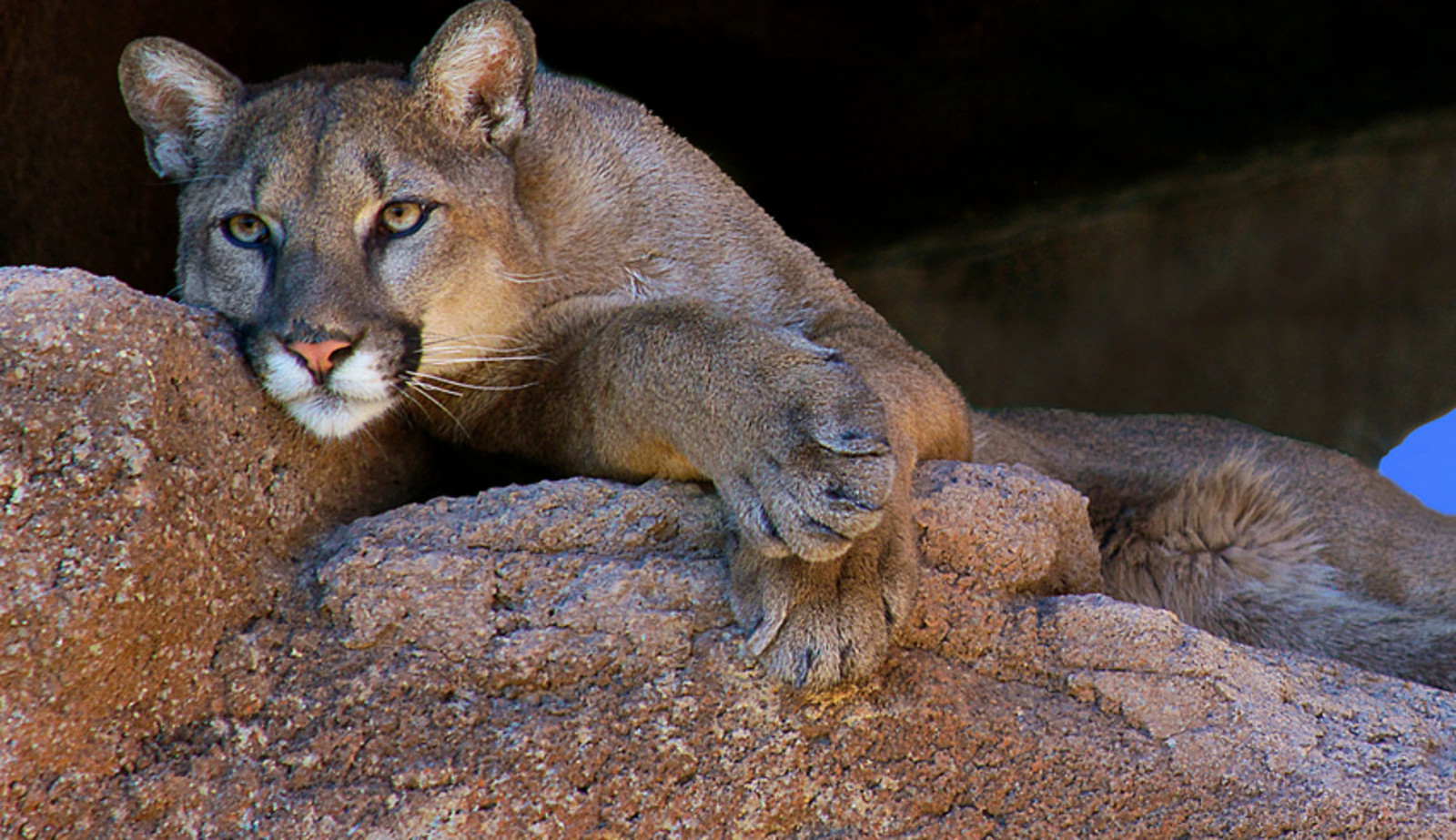 When Cecil, the black-maned lion, was killed last year by an American big-game hunter in Zimbabwe, it sparked international outrage and left us all questioning the practice of trophy hunting. If anything good came out of his tragic death, however, it was awareness. Cecil’s death brought attention to the plight of big cats not only in Africa but also in the United States. It’s hard to believe but trophy hunting is a huge problem in the U.S. and it’s not getting any better, we’re sorry to say. According to a recent report by the Humane Society of the United States (HSUS), trophy hunters have killed over 29,000 mountain lions in the U.S. in the last decade and an additional 2,700 were killed and traded internationally.

Also known as a cougar and puma, the mountain lion is the second largest cat in America. Sadly, they’ve been a target for trophy hunters which, though leaves them still of least concern on the International Union for Conservation of Nature (IUCN) Red List, has significantly dented their numbers. In fact, more lions are being shot today by hunters than were killed during America’s bounty period when residents were paid for helping eliminate unwanted species; and quotas continue to be increased every single year. Several states have lax laws on hunting mountain lions because politicians say they are dangerous to human safety, however, these animals are hardly more of a threat to us than any other wild animal. Their existence is a critical factor in our overall ecosystem as they help to keep deer populations in check. Mountain lions keep deer herds on the move so that they do not overgraze in any particular area. This behavioral change results in less erosion along riverbanks and increases habitat for other species like songbirds.

Despite their importance, mountain lions are killed in some of the most brutal ways, all for the sake of prize and power. Hounding and trapping are the two most common methods of killing. Hounding involves hunters using packs of dogs to chase lions until they retreat into a tree and can be easily shot and trapping involves lions being caught in leg traps and then dying from injuries or starvation.

While it’s a national problem, data from the report shows five states in America that are particularly deadly for the mountain lion:

Of the five, Idaho is ranked the worst state in the United States for mountain lions. A whopping 4,833 mountain lions were killed by trophy hunters in Idaho from 2005 to 2014, according to the Humane Society of the United States (HSUS) and Humane Society International (HSI). Hounding is the hunting method used in this state.  While Idaho refuses to make any official estimate on the number of mountain lions living within the state, most likely to avoid public scrutiny and following criticism of their staggeringly high annual hunting quotas, it’s estimated that the number is less than 2,000. However, information is still limited and there’s a high chance that number could be a lot lower.

With 4,047 mountain lion killings during a 10-year period, Montana is another unfortunate state for big cats. This state allows over 500 lions to be killed each year by hunters and it also has a zero tolerance policy for big cats who enter residential areas. Even if they show no signs of aggression, Montana’s Fish, Wildlife and Parks (FWP) will shoot any wandering predator that enters towns or cities and hundreds of them being killed annually, With mountain lions populations at an all time low, the state could potentially lose this majestic species.

Residents of Colorado may live in fear of being attacked by a mountain lion while trekking a trail but in reality, the chance of that happening is slim. In fact, there have only been 20 fatal mountain lion attacks in all of North America since 1890, three of which were in Colorado. Mountain lions, on the other hand, are constantly on the other end of a hunter’s rifle. In fact, it’s estimated that in a time period of 10 years, 3,414 mountain lions have been killed by trophy hunters in Colorado.

Wildlife officials of the Utah state estimate their local mountain lion population to be around 4,500 but many conservation groups believe the count is much lower. Considering 3,200 mountain lions are reported to have been killed within 10 years in Utah, it’s not convincing that the state still retains a high population of big cats. You only have to look at their management plan to know how lenient the state is on hunting.

“Utah, in their management plan, said that it was OK to hunt between 20 and 30 percent of the entire mountain lion population, but it’s so out of balance,” said Wendy Keefover, carnivore protection manager of HSUS. “Some of the best available science is saying no more than 14 percent.”

It may be at the bottom of the list but with 2,893 mountain lion deaths from 2005 to 2014, Arizona still stands as a major concern for mountain lions. The Arizona Game and Fish Department claim the state’s population of around 2,500, but experts say this statistic is largely inaccurate. “Arizona allows just basically unlimited persecution in some of the game-management units, a year-round season, multiple bag limits and things like that,” Keefover said.

Until Cecil was killed, few were aware of how widespread trophy hunting is. And even less seemed to realize how common trophy hunting is in the United States. Trophy hunting is about killing the biggest, rarest and most exotic animal and, unfortunately, America’s mountain lions have long been a target of big-game hunters.

The goods news is that, according to a recent nationwide poll, 86 percent of Americans disapprove of trophy hunting, which means we can all pull together to put an end to this bloody and barbaric sport.

There are numerous ways you can help in the bid to stop trophy hunting:

And if you live near mountain lion habitat, here are some precautions you can take to prevent conflicts: