Exposé Reveals Abuse at Third Largest Pig Facility in the U.S. – Let’s Shut Them Down 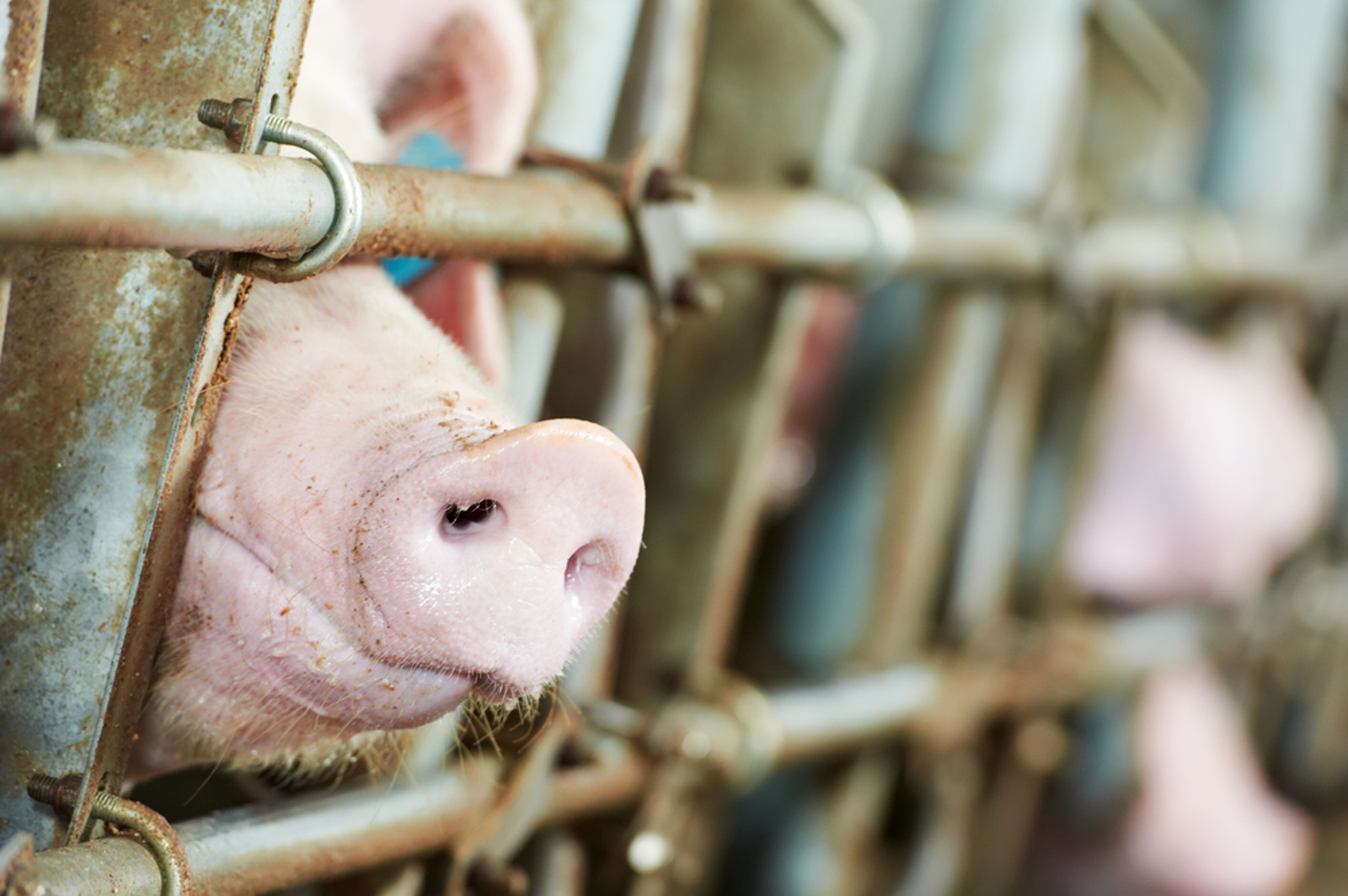 In May, the Animal Legal Defense Fund released an undercover investigation of a Nebraska pig breeding facility owned by The Maschhoffs, LLC, the nation’s third largest pig producer and a supplier to meat giant Hormel Foods. The investigation revealed egregious animal neglect and abuse of mother pigs and their piglets, including animals being deprived of food and water for days, and left to suffer with grossly prolapsed rectums, intestinal ruptures and large open wounds. Baby piglets too sickly or small to be used by the industry were disposed of by blunt force trauma, their heads smashed on the concrete floor in a crude and often ineffective attempt at euthanasia. Video footage revealed the baby pigs convulsing, suffering a slow and agonizing death.

This shocking neglect and mistreatment prompted the Animal Legal Defense Fund to file complaints with the Attorneys General of Nebraska and Illinois (where the company is headquartered), and led Hormel to suspend The Maschhoffs as a supplier pending further investigation. In the wake of the investigation, The Maschhoffs also announced that it is phasing out blunt force trauma, and will use carbon dioxide chambers to kill piglets starting next month.

Now, a multi-part exposé, The Price of Pork, published this August by the Chicago Tribune, confirms that the abuse the Animal Legal Defense Fund’s investigator witnessed at The Maschhoffs’ facility is far from unusual for the company. The news series explores the toll that Illinois hog confinements have taken on rural communities, workers in the facilities, and especially, the animals suffering inside these factories.

Part 2 of the series reveals the torture of pigs that is commonplace in the industry, and it comes as no surprise to the Animal Legal Defense Fund that The Maschhoffs features prominently, with numerous workers coming forward with tales of abuse at the company’s facilities. A former Maschhoffs worker reported seeing his fellow employees “beat[ing] the pigs with paddles, with hoses, boards and metal rods” until they couldn’t move. Another ex-employee told of workers taking pleasure in the animals’ misery and pain, and even killing the pigs with a captive bolt gun shot between the eyes when the animals were broken by the abuse and unable to move.

Responding to the Tribune, The Maschhoffs President Bradley Wolter professed to be outraged about these allegations, but this outrage rings hollow. Against this sordid background, The Maschhoffs tries to hide the truth from consumers by telling them that it is “committed to ensuring the welfare” of its animals. Under the guise of an “Animal Welfare Policy,” the company promises to “provide animals with the best possible environment,” “provide access to food and water,” “safeguard animal health,” “ensure animal handling,” and “compl[y] with all applicable laws.” Packages of Maschhoffs Family Farm pork similarly display a pastoral farm and boast that the products are “ALL NATURAL.” The Animal Legal Defense Fund’s complaints to the Attorneys General called out these lies and misrepresentations, and demanded investigations of the company’s violations of consumer protection laws, but to date, The Maschhoffs has not been held accountable.

The Animal Legal Defense Fund is determined to stand up for the pigs suffering at The Maschhoffs’ facilities and to prevent the company from tricking consumers into buying its cruelly-produced products. If you have seen Maschhoffs Family Farm pork in your local grocery store, we would like to hear from you. Please contact attorney Kelsey Eberly at [email protected] or by mail: