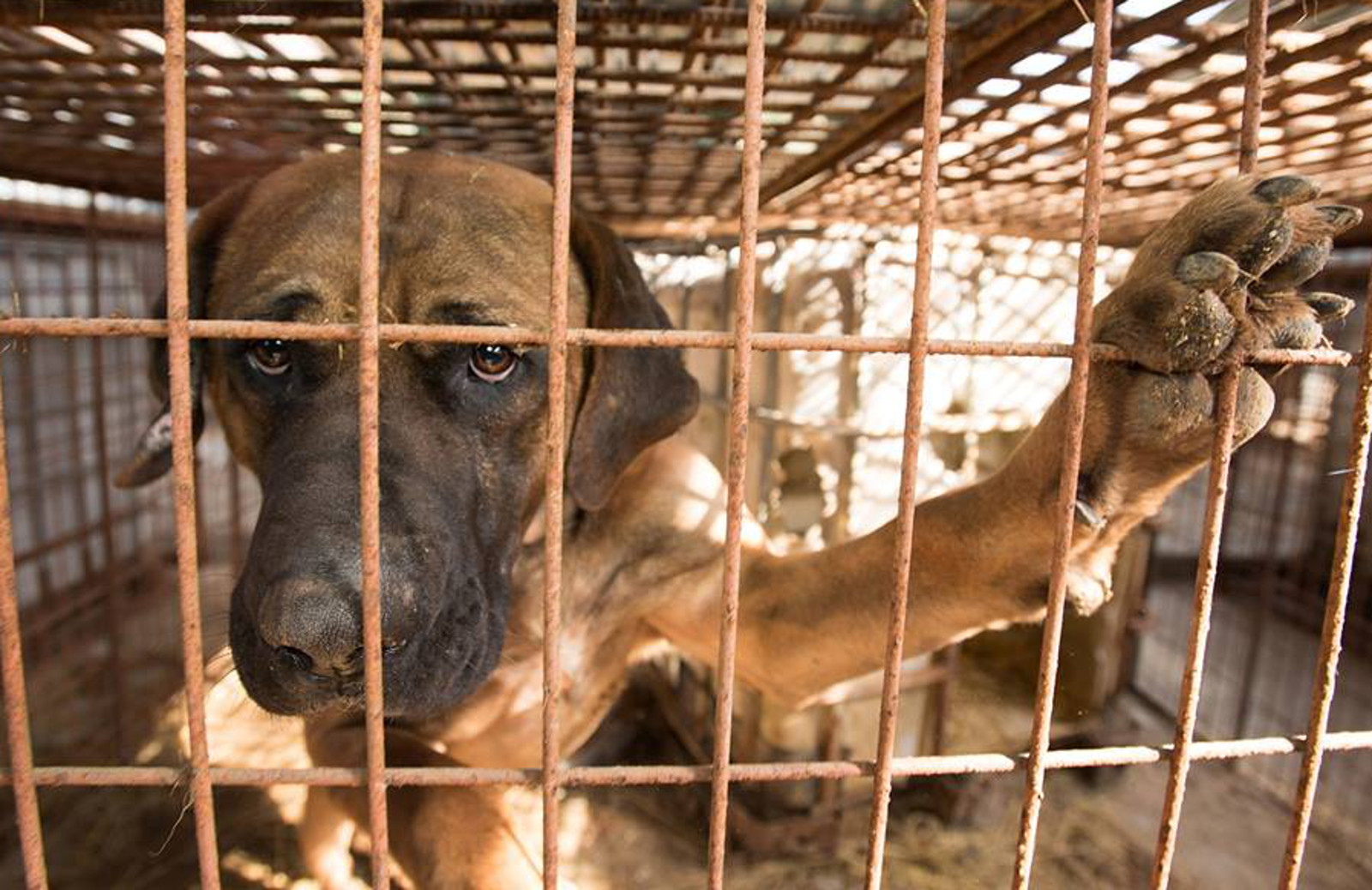 Dogs hold a very special place in the hearts and minds of animal lovers. Our dogs are more than just household companions, they’re our best friends, our confidants, and the embodiment of everything that is good in the world. Quite simply, the world is a better place because of our dogs. Because we hold this opinion of dogs, we typically elevate them over other animals, keeping them far separated from the animals we consider “food” – like chickens, pigs, and cows. While there is real evidence that farm animals feel and understand the world in the same way that dogs do, we have conditioned ourselves to see them differently.

In some parts of Asia, dogs are not exempt from this view and considered food just as readily as chicken. Dog meat is consumed all year round, but during China’s Yulin Dog Meat Festival, thousands of dogs are rounded up – some who are even pets – brutally killed and prepared for consumption. This festival is held in celebration of the summer solstice and dog meat is typically consumed because it is believed to have “warming” properties.

Reading the statistics of how many dogs are killed for the festival and the lengths that meat traders go to get more animals for slaughter are enough to make any animal lover boil over with rage, but it isn’t until you look into the eyes of the poor victims of this “celebration” that you can really understand the injustice. 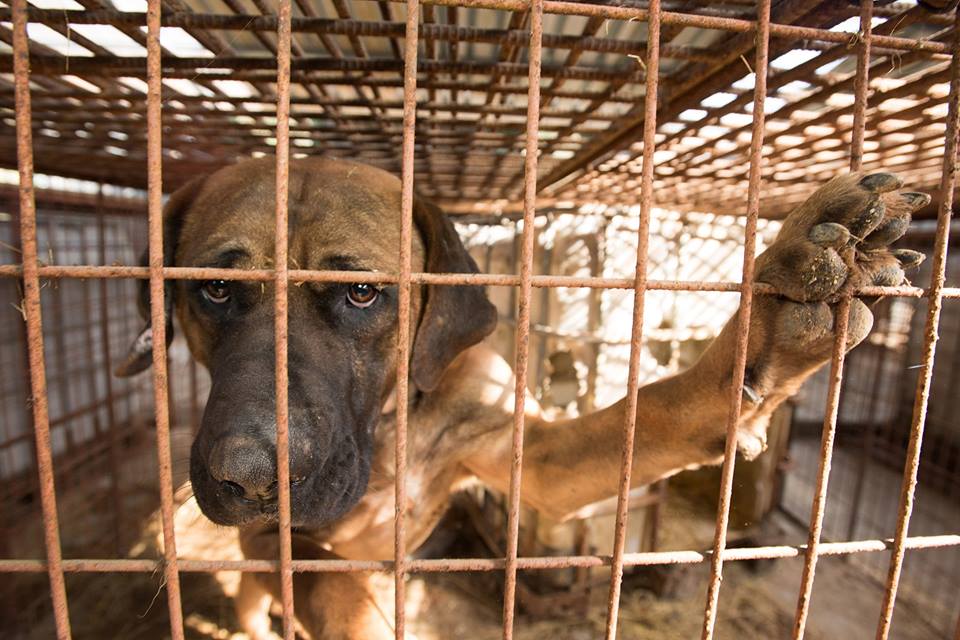 This pup is just one of thousands that was forced into a small cage and likely left to sit, quivering in fear as others around him were mercilessly beaten and killed by meat traders. The sadness in this dog’s eyes is palpable and only matched by the squalid conditions that surround him.

Thankfully, this dog was rescued from the horrific fate of becoming meat thanks to the efforts of Humane Society International (HSI). HSI and many other organizations are campaigning to end this cruel practice by raising awareness for the dog meat trade. We can all help them achieve their goal of ending this festival and shutting down the dog meat trade by sharing articles like this one.

The abject cruelty wrought on the world’s animal population for the sake of our food can only end when we stop seeing animals as commodities, but instead open our minds to see them as individuals. Like this dog that can convey such emotion and intelligence with one look, all animals share the ability to feel just as we do.

If we hope to move towards a more compassionate future, we must first recognize the suffering in an animal that we typically love and adore and apply that same thinking to all of the other animals that we might not necessarily know as pets. Together, we can help make the world a better place for animals and ourselves in the process.

To learn more about how you can help HSI end the dog meat trade, click here.