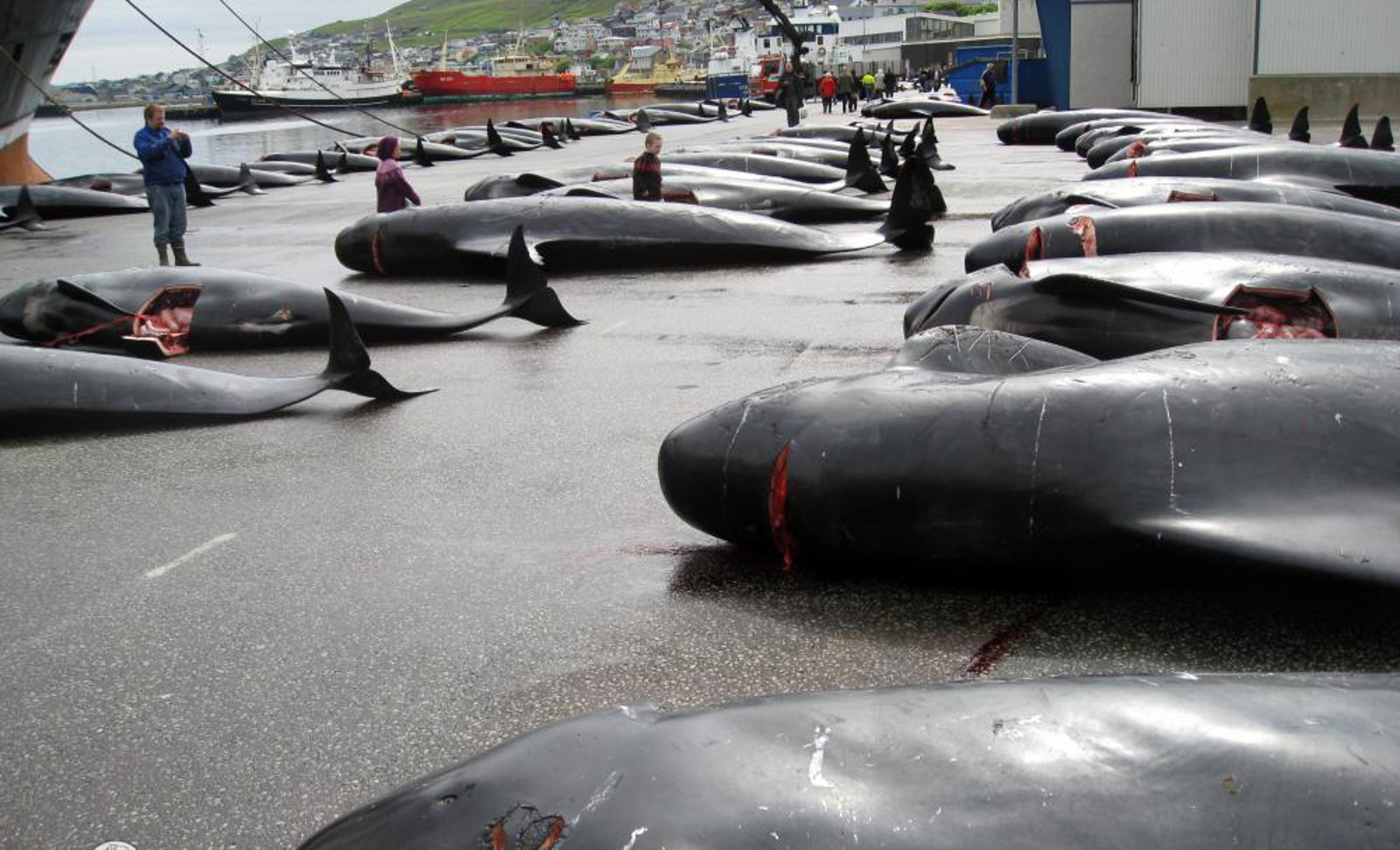 Once again, another cruel summer opens to the horror show of evil that the Faroese call the grindadráp, which translated means “the murder of whales.”

This is the lunacy of our times. Military assets being used to help kill innocent whales in order to secure whale meat that is inedible because of the toxic levels of mercury in the bodies of the whales. They kill to feed poison to their children. These thugs certainly do look like they have severe cranial degeneration, the kind caused when mercury literally eats away the tissues in the brain.

It is amazing that in the year 2015, with the diminishment of biodiversity and with species after species going extinct, that there are still people so alienated from reality that they continue to engage in contributing to the death of the ocean. We humans are literally killing the ocean by diminishment of the life within. Many Faroese overfish, they slaughter puffins and other seabirds and they murder whales and dolphins. These are the kind of people that future generations in a world devoid of so many species, will look back upon with utter disgust.

The Faroese enjoy one of the highest standards of living in the world with the highest income per capita in all of Europe. Their supermarkets are well stocked with anything that can be bought in Copenhagen, London or Paris. They all drive cars, own computers and enjoy the luxuries of modern industrialized society, yet many claim that they need to kill pilot whales and dolphins for meat.

The Memory of the Pilot Whale

The truth is that some of them simply like to kill. They enjoy it. They need to see the blood spurting into the water. They need to smell and wallow in the blood and the sh*t of the dying animals. They need to hear their pitiful screams because these are the needs of sadistic psychopaths. Not all Faroese are cruel and not all participate in this foul obscenity. Both for those who do and for the politicians who support these despicable acts of slaughter, the evidence is that there is a rotten stench of death associated with these islands that will be angrily remembered when the pilot whales and the dolphins are no more.

To learn more about how you can help Sea Shepherd defend thousands of innocent pilot whales and dolphins, click here.