Chihuahua Puppy Found With Arrow Through Her Neck 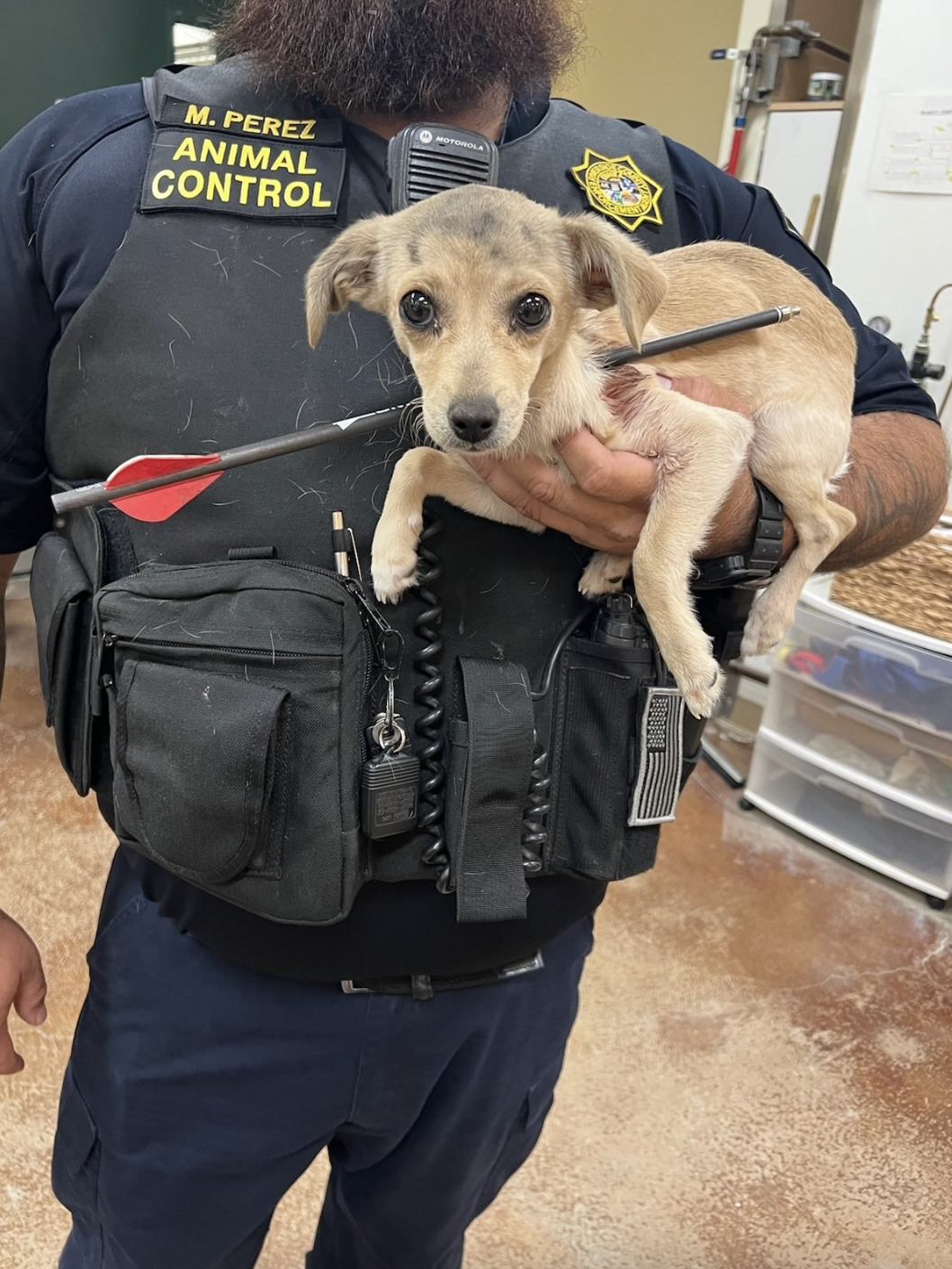 In a shocking case of animal cruelty, a tiny 4-month-old chihuahua in southern California was found with an arrow through her neck.

According to a Coachella Valley Animal Campus Facebook post, a woman in unincorporated Desert Hot Springs called the Riverside County Sheriff’s Department to make a report when she was awoken by a “screaming” dog.

A sheriff’s deputy and an animal services officer arrived at the scene and rescued the puppy and took her to the Coachella Valley Animal Campus in Thousand Palms.

The pup was sedated and the veterinarians took an X-ray of the arrow and luckily found that it has not hit any vital arteries. They safely removed the arrow from the dog’s neck and she is expected to recover.

“For someone to willfully shoot this poor pup with an arrow is disgusting,” Animal Services Director Erin Gettis said. “We are shocked and we hope someone can provide us any information as to who did this. Meanwhile, we’ll continue to treat this puppy and work on finding her a suitable home.”

Anyone with information is asked to call 951-358-7387 or e-mail Animal Services at shelterinfo@rivco.org.

“It’s amazing to see her affection, despite what occurred. She is such a sweet puppy. I cannot imagine why anyone would do something so terrible to such an innocent creature. It’s very sick,” Gettis said.

Animal abuse is more prevalent than many may think. According to PetPedia, every 60 seconds, an animal suffers from abuse, with more than 65% being dogs. More than 10 million animals die from abuse every year in the US alone, not including the livestock bred for consumption who also suffer immense abuse. Animal abuse happens everywhere and is a serious issue. We need more laws to protect animals and hold abusers accountable.